The dollar is the most popular currency in the world, according to some (unconfirmed) estimates, up to 50% of all monetary transactions on the planet are carried out in dollar terms. At the same time, in our age of digital technologies, there is still a huge number of green bills in circulation, which are called bucks in common people. 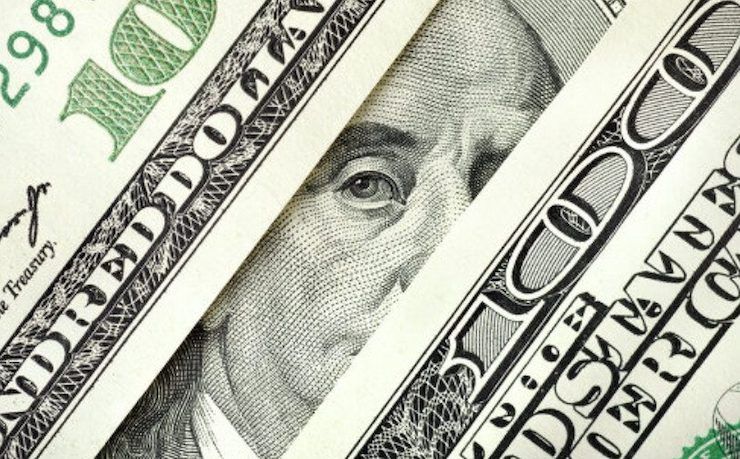 The dollar is interesting both from an economic point of view and from the point of view of the production / operation of the banknotes themselves. In this article, we will tell you about some interesting and little-known facts about the American currency.

How the name “dollar” appeared 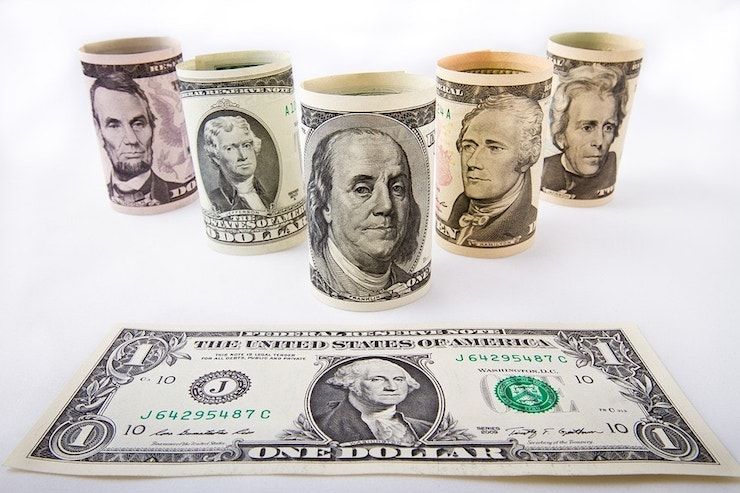 America in the late 18th century, as now, was a highly international community in which different ethnic groups could use the currency of their home countries. So, the Dutch paid off in thalers, the British in pounds, but the most popular coins were Spanish reales (pesos). However, all silver coins at that time were called thalers or dollars (in the English manner), therefore, after gaining independence, the US Congress in 1785 named its own American currency exactly the dollar.

♥ BY TOPIC: Interesting Facts From Around The World: 30 Brief Amazing Stories You May Not Know About.

Why the dollar is called the buck

Actually, one dollar is called a buck only in Russian-speaking countries, while in the rest of the world “buck” is the plural of “buck”. The most common and plausible version is that the etymology of this word is associated with the main currency used for trade with the Indians – deer skins (buckskin).

See also  Why a mobile phone is called a cell phone

One of the records of 1744 indicates that the Indians exchanged 5 bucks (meaning 5 winter deer skins) for a barrel of whiskey. In the same year, the traveler Konrad Weiser left in his diary a note that he was robbed in Ohio for an amount that he estimated at $ 300. It is believed that one winter deer hide or its equivalent was taken as a bucks: two summer skins (less fluffy), 6 beaver or 12 rabbit skins.

According to another, less popular version, dollars began to be called bucks when bills with a green reverse side first hit the southern states. Say, southerners began to call such dollars “greenbacks”, which formed the basis of the slang name of the currency.

There are much more versions here, so we list only those that are at least somewhat similar to the truth.

Most researchers are inclined to believe that “$” is simply an evolved designation for the Spanish pesos. Oliver Pollock, a philanthropist who sponsored the struggle of the American patriots against the British, indicated in the accounts the designation PSby superimposing the letter “P” on “S”, and two vertical stripes meant the Pillars of Hercules – the heights on both banks of the Strait of Gibraltar, which were minted in pesos in the form of two columns. 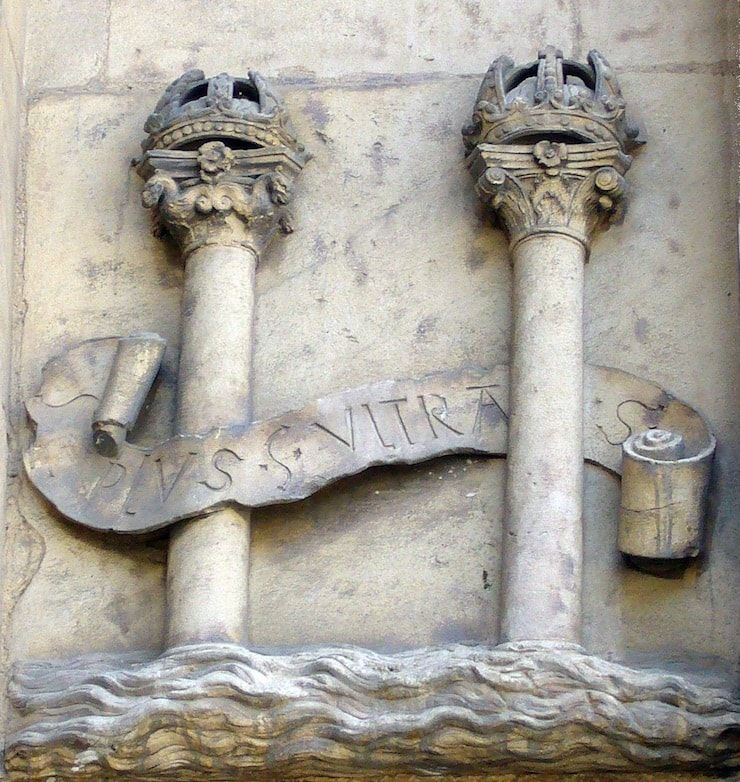 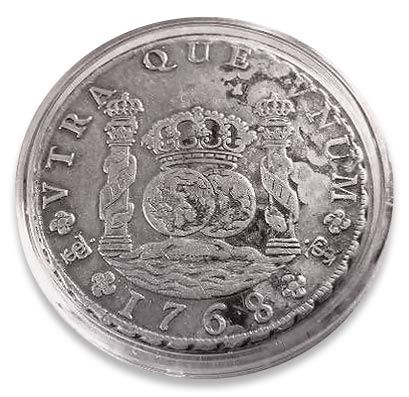 Later, US Congressman Robert Morris, who received bills from Pollock, began to use the “$” sign in official documents. 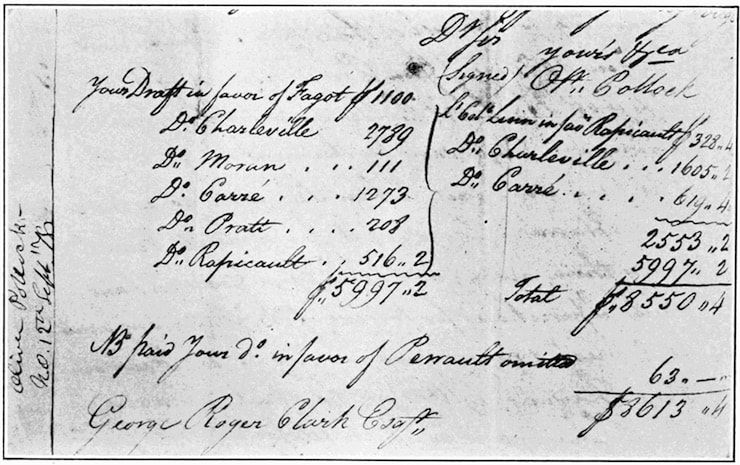 More banal, but no less plausible, the version may seem, according to which “$” is the letter “U” superimposed on “S” and has lost the lower part. Abbreviation U.S./S.U. at the same time it could mean Unuted States or Silver Unit, (united states or a unit of silver).

See also  Denomination, or how much a dollar would cost in Russia without monetary reforms 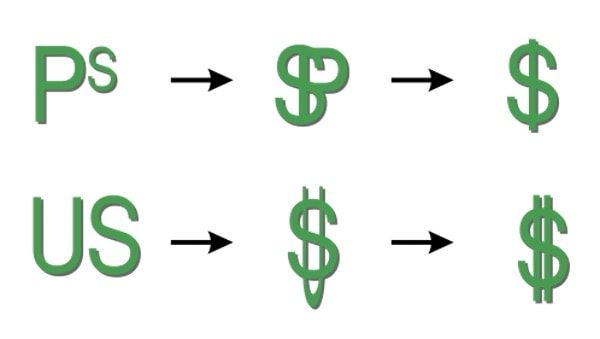 Naturally, there was a Jewish-Masonic conspiracy theory. According to the hypothesis of conspiracy theorists, the “$” sign appeared as a designation of the temple of King Solomon and two bronze columns at its entrance, called Boaz and Yakhin.

There are also versions about the origin of the “$” symbol from the British shilling, the word “slave” (slave) with the designation of the pads, the image of the serpent wrapped around the cross of Jesus, the sign of the Roman sisterhood (HS), etc.

Interesting facts about the dollar

The dollar is the state currency not only in the United States, but also in a number of other countries, and some of them (for example, the Marshall Islands, El Salvador) do not have their own currency at all, using only the dollar for calculations;

The dollar is made not from paper, but from a fabric consisting of cotton (75%), linen (25%) and a small amount of synthetic fiber;

Since the discontinuation of 2-dollar bills in 2003, the 1-dollar bill has accounted for about 50% of all green cash turnover;

The dollar was no longer backed by the US gold reserve in 1976. Earlier, the American government had legislatively approved the inscription “In God We Trust” (“in God we hope and trust”) on every banknote;

Every day, the US Federal Reserve prints 35 million banknotes worth about $ 635 million just to replace damaged banknotes;

At the same time, “bucks” are distinguished by quite solid durability, withstanding up to four thousand flexions / extensions. The service life for a 1 dollar bill is estimated at 22 months, while a “weaving” withstands about five years of operation;

See also  Denomination, or how much would the dollar be worth in Russia without monetary reforms

On 97% of all cash dollars, forensic experts can find traces of cocaine. Pablo Escobar is dead, but his work lives on;

Many prominent American figures were depicted on dollar bills, but only once was a woman depicted on the bill (Martha Washington on a 1 dollar bill in 1886), and all 100% of the faces belong to the Caucasian race.