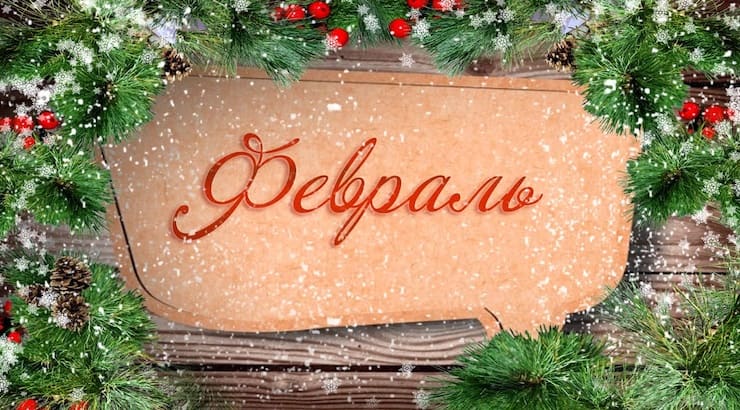 Of all the months of the year, February stands out clearly. It has both its own peculiarity and a related story. The rest of the months contain 30-31 days, while February – for some reason, 28, and only in a leap year – 29. But why did this happen, and what is the reason for the uniqueness of the winter month, which is demonstratively different from its brethren?

♥ BY TOPIC: 36 unobvious facts about planet Earth that you might not know.

February appeared on the calendar as the last of all months, and for a long time no one could decide exactly how many days there were. In ancient Rome, the year initially generally began on March 1 and was divided into 10 months, and lasted 304 days. And only about 690 BC. King Numa Pompilius introduced new months – January and February. The last winter month was named after the god of the underworld, Februus. And his name comes from the Latin februare, which literally means “to cleanse.” February closed the calendar year, but only 28 days remained.

The next significant reform of the calendar occurred in 46 BC. and was associated with Julius Caesar. The system he created became known as the Julian calendar. It was based on a tropical year, which lasts 365.2422 days (365 days 5 hours 49 minutes). It is clear that there cannot be tenths and hundredths of a day in the calendar, therefore a four-year cycle was invented – three years have 365 days, and the fourth has 366. Thus, the average length of a year is 365.25 days, which is very close to the estimated tropical year.

It was in order to even out the six-hour offset that a year was introduced in which there are 29 days in February (a leap year). Three years were counted for 365 days, and in each year, a multiple of four, one additional day was added in February.

Thanks to Julius Caesar, an order was introduced in the number of days in the remaining months. Odd – 31 days, and even – 30. February should have been 29 days, while in a leap year – 30 days. The new calendar began to operate on January 1, 45 BC. Only a year later, the great ruler was killed, and the system he created immediately began to fail – the Roman priests began to consider not every fourth year, but every third year as a leap year.

The difference between the duration of the average tropical year and the average Julian calendar year (365.25 days) is about 11 minutes, of which one day is added over 128 years.

It was only during the reign of Emperor Augustus that the situation was corrected. The Roman Senate, in gratitude for the acts of state, including the calendar, decided to rename the month of sextilis to Augustus. But this even month, according to the previously introduced system, had 30 days. The Romans believed that even numbers were unlucky. So it was decided to add an extra 1 day to August, taking it away from the already defective February. The alternation system has also shifted – in September and November – 30 days each, and in October and December – 31 days each. In February, there were 28 days in ordinary years, and another day is added to leap years – February 29.

Another calendar reform was carried out by Pope Gregory XIII in 1582. Its purpose was to improve the correspondence of the average calendar year to the solar one – it was decided to change the rule for calculating leap years. As before, as in the Julian calendar, in the Gregorian leap year the year remained, the number of which is a multiple of four, but an exception was made for those that were multiples of 100. Such years were considered leap years only when they were also divisible by 400. Years of centuries ending by two zeros, in three cases out of four are not leap. So, years 1700, 1800 and 1900 are not leap years, since they are multiples of 100 and not multiples of 400. Years 1600, 2000 and 2400 are leap years, since they are multiples of 400. Years 2100, 2200 and 2300 are non-leap years.

Distribution of leap years in the Gregorian calendar (used by all countries nowadays):

As a result, the Gregorian calendar is more accurate than the Julian calendar. An extra accumulating day is removed on average once every 133.3 years (400/3).

days February
Rate article
( No ratings yet )
Share to friends