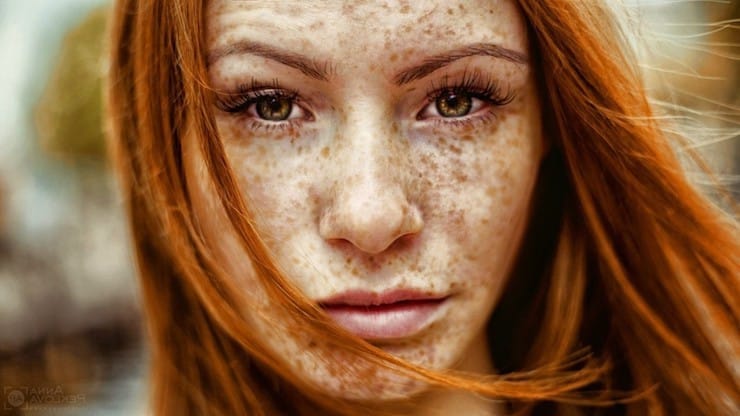 People with red hair color clearly stand out from the crowd. Statistics claim that red-haired people are about 1-2% of the total population of the planet. But they are united not only by the fiery hair color and freckles. Scientists believe ginger people have a lot in common, from thresholds of pain to sensitivity to cold. This is determined by genetics.

Why are ginger people born?

Experts believe that a mutation in the MC1R gene is responsible for such an unusual hair color and pale skin. It causes human cells to actively produce a reddish type of melanin called pheomelanin. There is a lot of it in the body of red-haired people, while the black-brown pigment, eumelanin, is relatively small.

It is not so easy to become a redhead – the genetic variant is recessive. A child has a 25% chance of being born with a fiery hair color if both of his parents carry the genetic variant. If one parent is red and the other is a carrier of the variant, then the probability rises to 50%. But two red-haired parents are 100-likely to have a red-haired child. So people with such a bright hair color are unique not only outside, but also inside. Are red-haired people really sunny, marked by nature and therefore happy? Some interesting facts will allow us to learn more about this phenomenon.

♥ BY THEME: 10 smallest countries in the world. 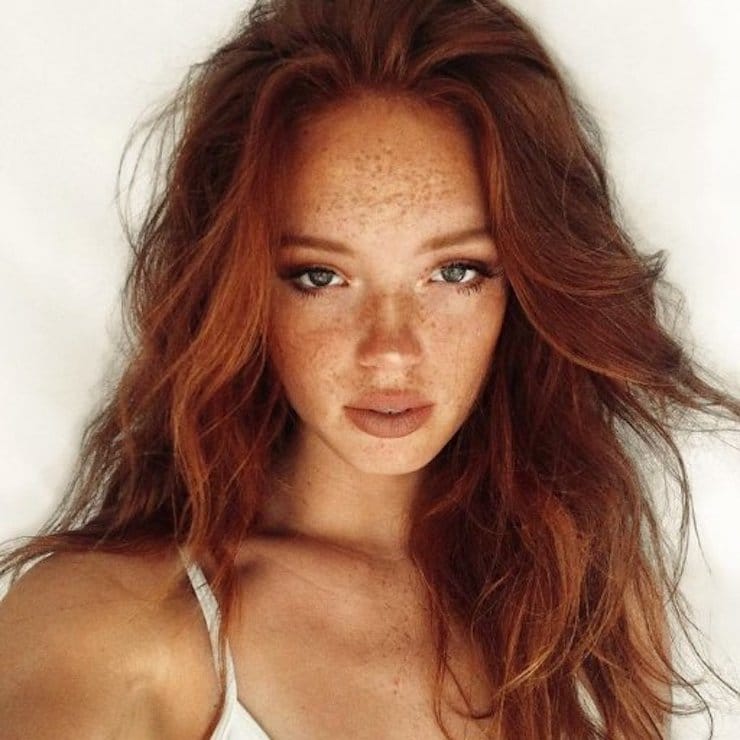 Everything that ancient people could not understand acquired a mystical connotation. This was either feared or considered a curse. So, in ancient Egypt, people with red hair were often used as a sacrifice to the god Osiris.

♥ BY THEME: 12 of the most unusual drawings seen from space with coordinates in Google Maps. 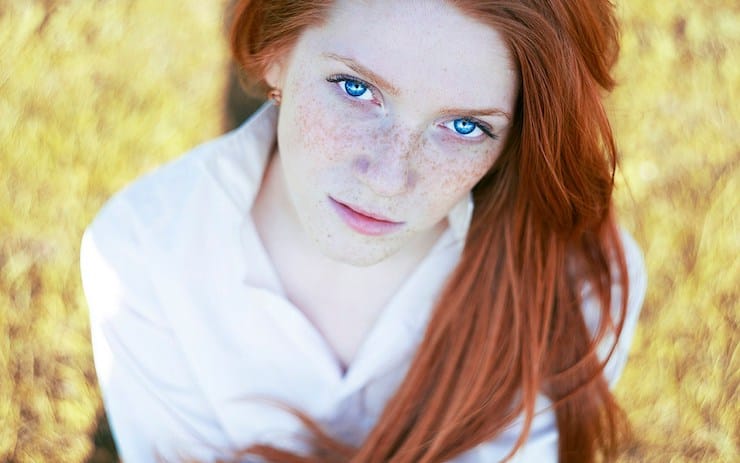 On the Internet, you can find many photos of such an impressive combination. Red hair with blue eyes looks bright and unusual. But in reality, this is very rare. The main reason is a recessive sign of blue eye color. For a child to be born with blue eyes, both parents must carry this gene. So there are not so many people with this eye color. According to statistics, they are only 17% of the number of red-haired people, while most of them have brown or green eyes.

♥ BY THEME: How to sunbathe in the sun and in a solarium. 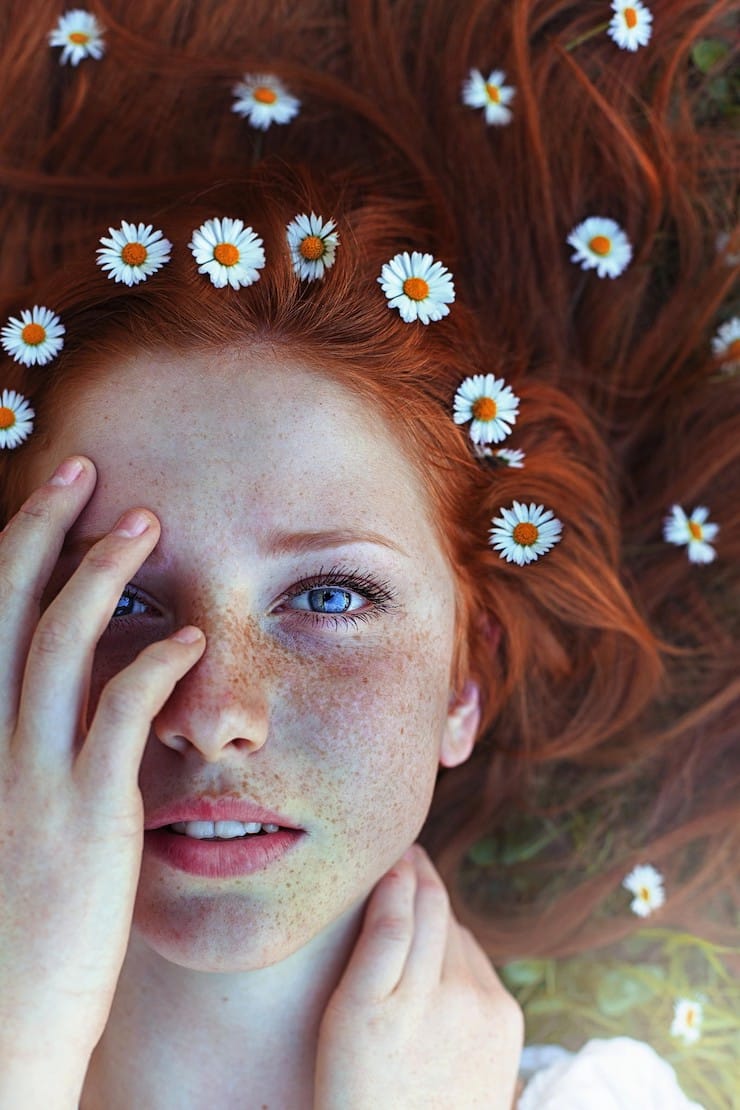 According to some reports, red-haired people need stronger anesthesia than blondes or brunettes. Scientific studies have been able to prove that patients with this hair color require 20-30% more anesthetic to achieve the required level of superficial sleep. A similar experiment was carried out on mice. It turned out that animals with a similar mutation in the MC1R gene also need an increased volume of anesthetic substance. Scientists believe that this is due to the effect of a mutation in the body on the activity of endorphins. But they are natural pain relievers in our body.

♥ BY THEME: iPhone as the Ministry of Emergencies: Emergency call – SOS, Medical card and 4 more functions that can save your life. 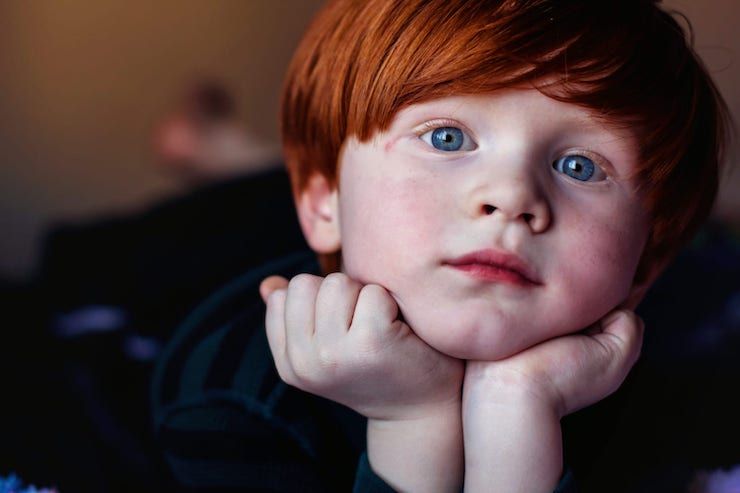 It is likely that red hair makes the wearer more sensitive to the sensation of cold and warmth in relation to other people. Redheads not only need more anesthetic, but they feel pain even more at high or low temperatures. Once again, it is common to blame the MC1R mutation, which affects the gene responsible for temperature. As a result, the body temperature of redheads is slightly higher than that of blondes or brunettes.

♥ BY THEME: What should be the pulse of a healthy person and how to measure it. 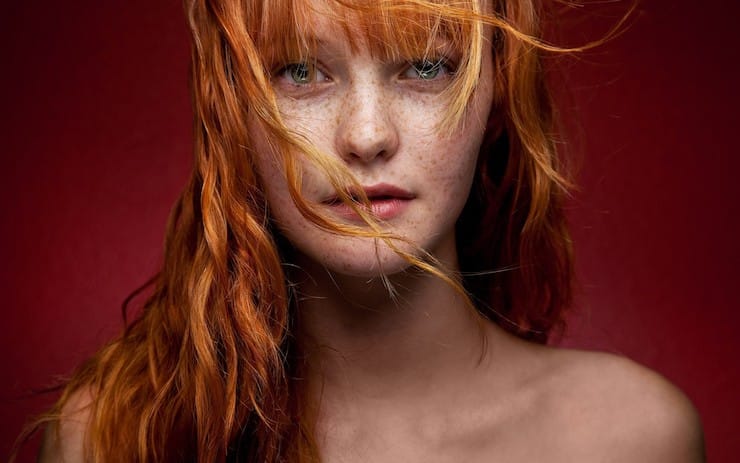 It turned out that the owners of red hair also have an increased tendency to bruise. At the same time, a blood test does not show anything supernatural. For internal bruising to occur, efforts must be made even less than in normal cases. Scientists consider this situation to be quite normal, even if the doctor did not notice anything unusual before. 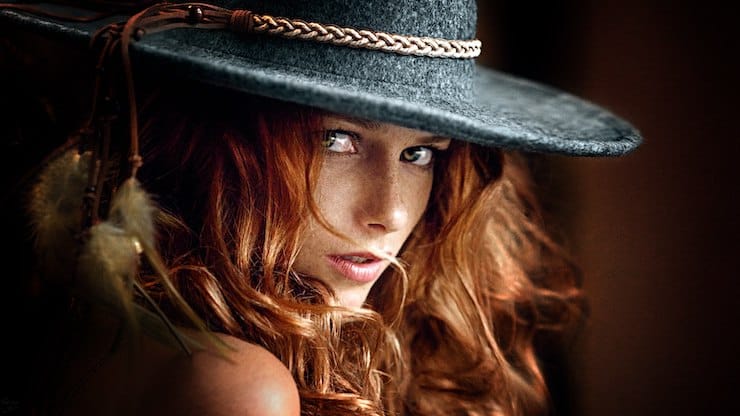 A little, but there is scientific research on how often red-haired people are also left-handed. Oddly enough, this phenomenon is common. Left-handedness, in general, is also a recessive sign. Approximately 10-12% of the world’s inhabitants consider their left hand to be their leading hand. But according to some data, recessive traits often occur in pairs. This is what explains the fact of the presence of a certain and considerable number of left-handers among redheads. 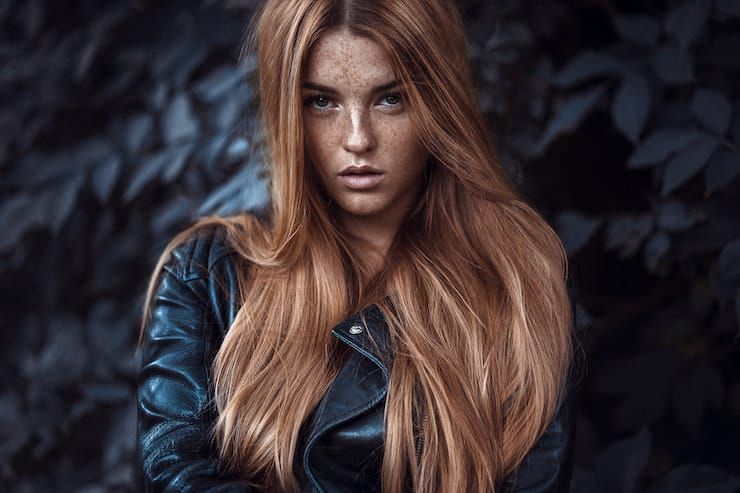 Media market research by Upstream Analysys found that at peak TV viewing times, redheads are present in 30% of commercials. This is due to their greater photogenicity. According to some studies, red on the screen has a beneficial effect on people. Red-haired people on the screen are simply better at selling goods and services.

♥ BY THEME: Why goosebumps appear on the skin, why fingers wrinkle from water and other unusual facts about the human body. 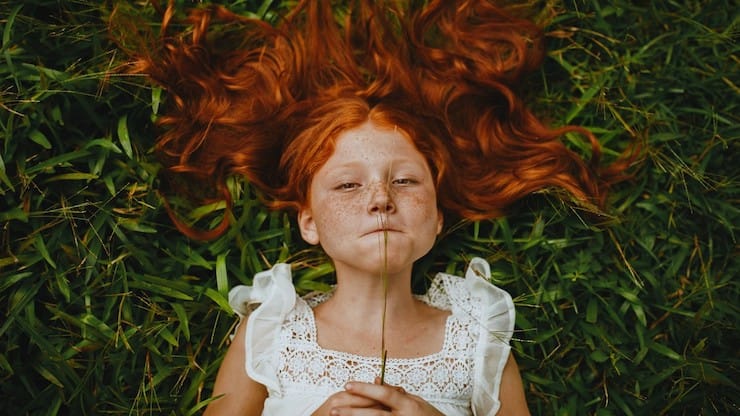 The hot-tempered nature of redheads is quite understandable from a scientific point of view. It turns out that the whole reason is the increased production of adrenaline. The gene mutation affects the function of the adrenal glands, which produce more adrenaline and allow faster use of it. This feature of the body not only makes the character of redheads difficult, but also helps them in extreme conditions, increasing their chances of survival. 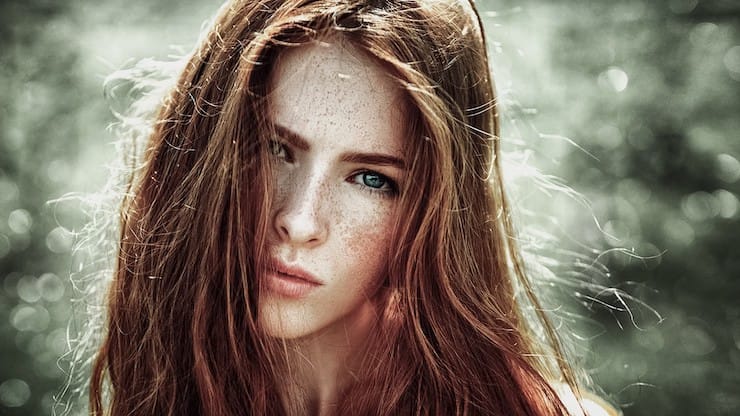 Redheads are prone to skin cancer, melanoma, and Parkinson’s disease. Studies of mice with a mutation in the MC1R gene have shown that animals in certain parts of the brain produce less dopamine with neurotransmitters. Without this, nerve cells are more often damaged, which subsequently leads to diseases. 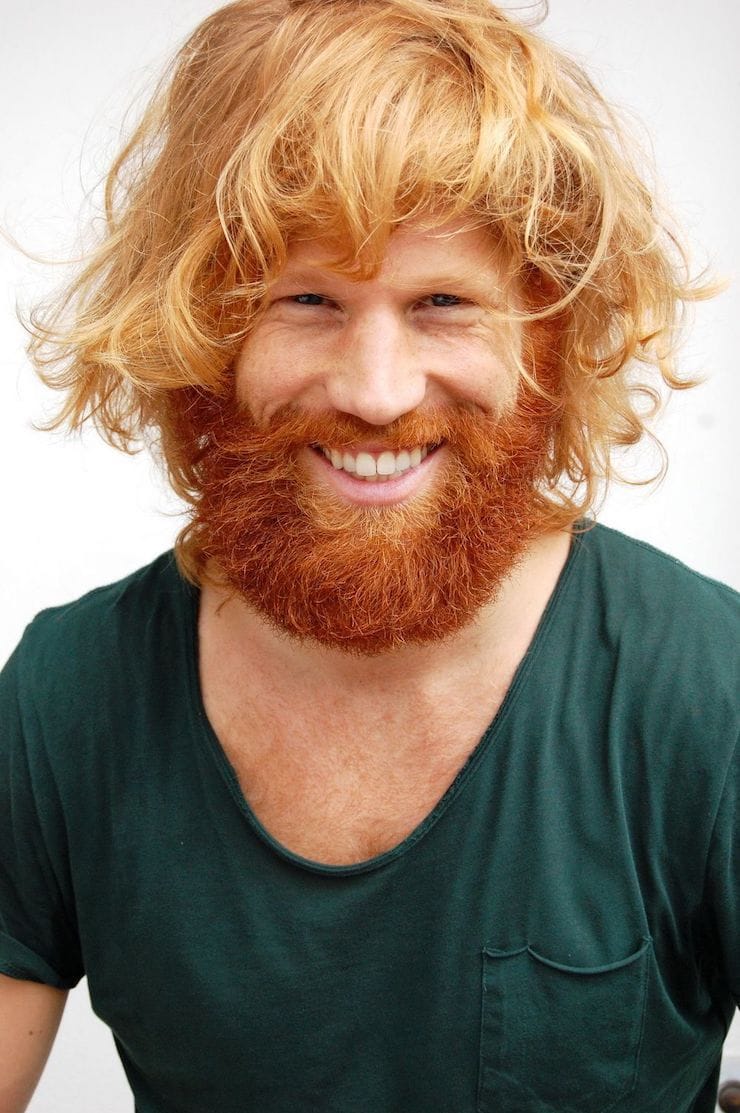 This theory dates back to 1866. Dr. Augustine Galopin in his book “Fragrance for Women” noticed that depending on the color of the hair, people smell differently. According to the author, redheads have the scent of amber. Science has not yet been able to confirm these views. But there is some research proving a more sour smell of invisible fat on the skin of redheads. If this scent is accentuated and enhanced, then people with fiery hair will clearly smell differently than others.

♥ BY THEME: 7 famous symbols you might not know about…

The country of redheads can be called Scotland – there are 13% of people with this hair color, but the mutation itself is present in 40% of the population. In Ireland there are about 10% redheads. And quantitatively, there are most of these people in the United States – about twelve million. 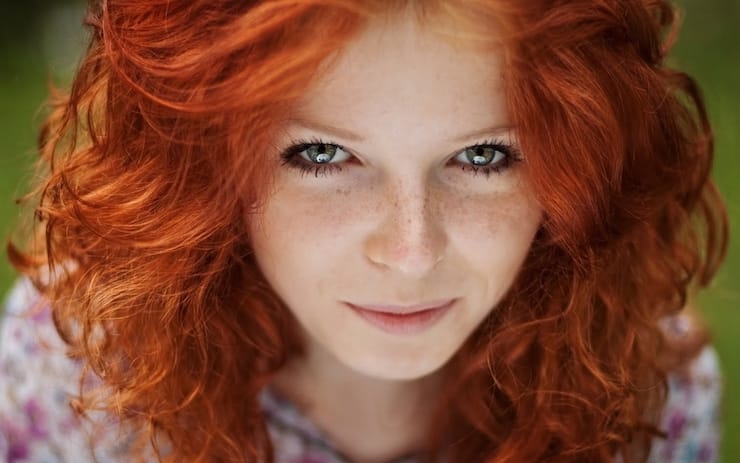 Wearers of red hair are most often found in northern latitudes. In such countries, fair skin is a genetic advantage. There is little sun, so the body needs more vitamin D, which is facilitated by such a skin tone. However, increased sensitivity to ultraviolet light leads to an increased risk of sunburn. For “sunny” people, sunbathing, in essence, is contraindicated.