Memory cards have become an elegant solution to expand the internal storage of our gadgets. Today, in any electronics and communications store, you can easily purchase a popular microSD card format for your phone, camera or tablet. But such a purchase is fraught with some pitfalls. The user may simply overpay or unexpectedly run into problems: the memory may work too slowly or, in fact, be smaller. Below we will give some recommendations that will help you choose and buy a microSD card correctly. 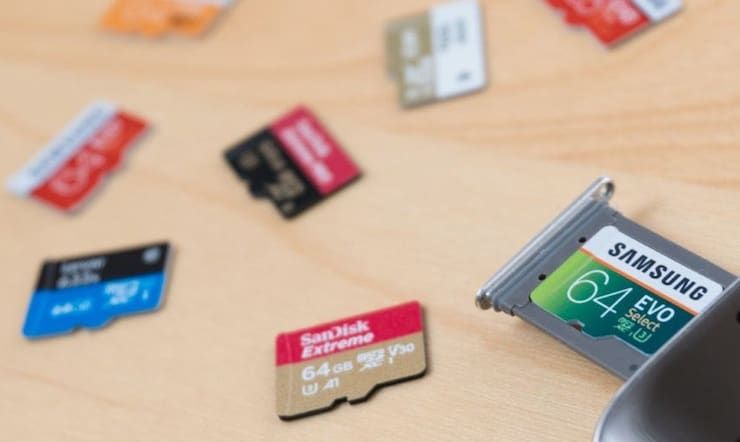 ♥ BY TOPIC: The best gadgets for Apple, home, work and play from AliExpress (updated daily).

All microSD cards fit physically into slots of their format. However, not all devices work properly. It turns out that there are four varieties of this format with their own standards. They define compatibility. Many people have heard about the three main microSD formats: SD, SDHC, SDXC (or microSD, microSDHC and microSDXC). Full-size cards and their smaller counterparts operate on the same specification. In June 2018, a fourth format, SDUC, was announced. But such cards will become available over time.

Each of these formats belongs to the SD family, but they do not work in the same way. As a result, the formats are not backward compatible. New cards cannot be used with equipment that natively supports only older formats.

What is the difference between microSD, microSDHC, microSDXC and microSDUC formats?

It is not enough to check the compatibility of a specific memory card with the equipment; some other details should be taken into account. 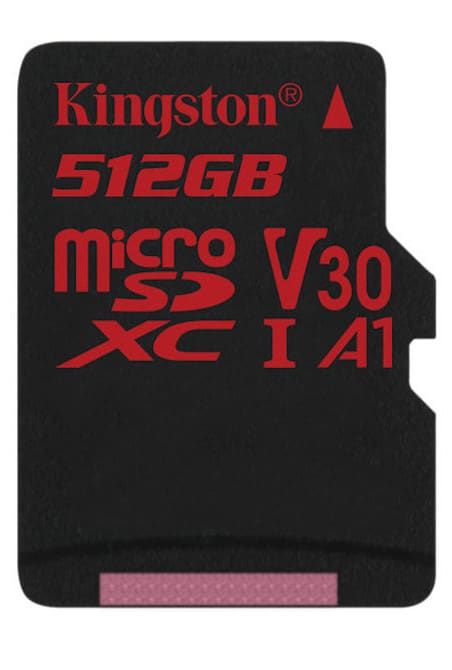 It turns out that even hardware that supports microSDXC cards is unable to automatically work with all cards of this format. So, for example, Samsung Galaxy S9 officially supports memory cards up to 400 GB. No one guarantees that a 512 GB drive will work correctly on a smartphone. When using a memory card to transfer files from a mobile device to a computer, make sure that the PC supports the file system in which the media is formatted. For example, microSDXC cards use the exFAT system by default. Both Windows and macOS have supported this file system for quite some time.

The SDHC and SDXC formats can support the Ultra High Speed ​​(UHS) bus interface, which enables higher data transfer rates. There are three versions of UHS:

See also  Gold Plated HDMI Cable: Will the Picture Quality Be Better if I Buy a Gold Cable?

To benefit from high-speed UHS technology, equipment must support it. Memory cards will also work in the old slots, but with a speed reduced to 25 MB / s. The second and third generation UHS also have an additional row of contacts on the map. They will be read on devices that support the first generation, but also at a reduced speed. Roman numerals located next to the card logo will tell you about the generation of the interface.

♥ BY TOPIC: 7 iPhone and iPad accessories you need to have in every car.

Determining the speed of a microSD card is even more difficult than deciphering the formats and their compatibility. There are at least six ways to show the card’s capabilities, and it’s not uncommon for manufacturers to use them all at once. 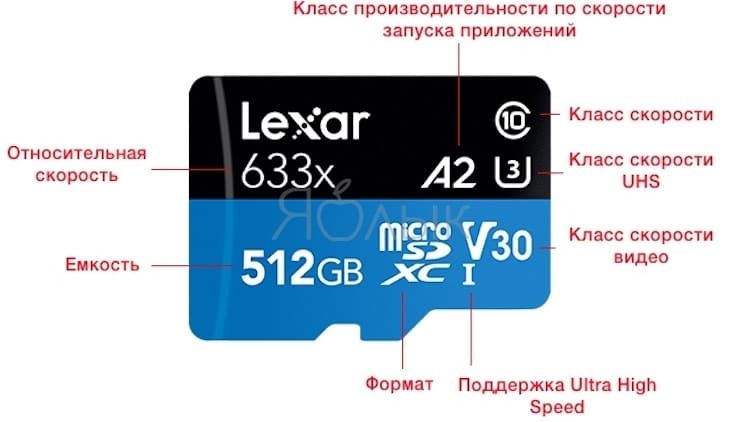 This parameter directly shows the minimum write speed to the memory card in megabytes per second. There are four speed classes defined as follows:

Displaying the card’s base performance helps you understand if it’s generally suitable for specific tasks. But this parameter does not say anything about the maximum speed of operation. As a result, it is theoretically possible that a class 2 memory card will be faster than its class 6 counterpart. But class 10 cards should always be faster than their smaller counterparts due to the bus speed of 25 MB / s compared to 12.5 MB / s on cards of previous classes.

The UHS speed rating indicates the minimum write speed for microSD cards that support UHS-I, II, and III. We highlight this as a separate category, since some manufacturers write two classes at once on their cards. There are two options for the UHS speed class: 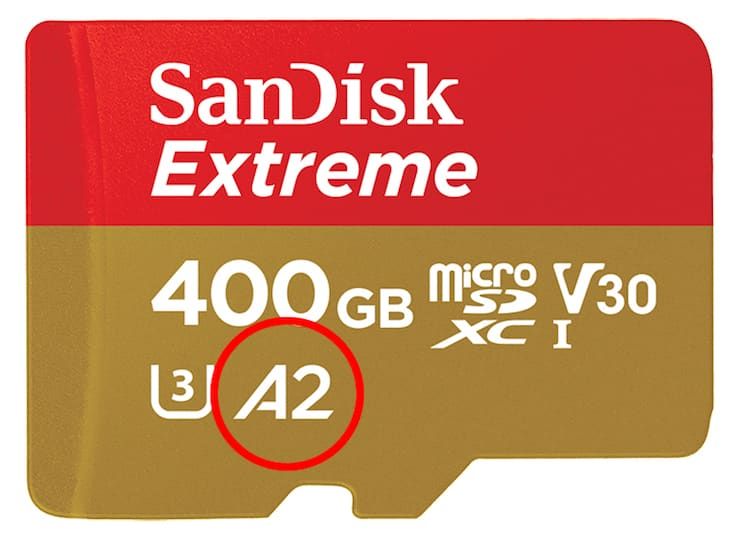 This setting specifies the minimum supported write speed of 10 MB/s, as well as the minimum random read and write speed, measured in input/output operations per second (IOPS). Such a class guarantees the desired level of performance when storing Android applications on a memory card and running programs from it. There are two classes here:

This class of performance makes you pay attention when planning to install Android applications on a microSD memory card. But it is not at all necessary that the carrier should be marked A1 or A2. Some cards without this class indicator may work well and even better than marked ones.

See also  Comparison of MacBook Air 2020 and Macbook Pro 2020: which is better to choose and buy?

This indicator is responsible for the minimum sequential recording speed used when shooting video. And the higher its resolution, the greater the speed required. There are five classes of video recording speed:

It is logical to assume that a higher speed class equates to higher overall performance, with UHS cards being even faster. And some manufacturers also indicate the maximum speed of their products.

The figures are given in megabytes per second and will allow you to select the fastest cards. But these speeds are obtained from the tests of the manufacturers themselves. Theoretical indicators relating to the ideal case. Actual performance may be noticeably lower. In practice, external factors that affect the speed of reading and writing usually play a role. So, the time for copying files to a computer will be determined by its characteristics, and the USB cable used.

There is another way that manufacturers show the speed of their cards. It has to do with the recording times of CDs. Back then, the unit of speed was 150 kbps. As drives and discs evolved, 2x, 8x, 48x, and even 52x were advertised. This showed how many times the device is faster than the baseline.

Surprisingly, microSD cards have received such a marking. When we see a 100x mark on a product, it indicates a speed of 100 × 150 kbps, or 15 MB / s. But these indicators refer to laboratory, not real conditions.

♥ BY TOPIC: 20 must-have products for leisure, tourism and travel from AliExpress.

3. Which microSD card to choose for a smartphone to take photos and videos

When buying a microSD card, the user usually already has in mind future scenarios for using the drive. It is important to choose exactly the solution that will be involved in the future. For the consumer, the volume and speed of the memory card are most often important, while record numbers are not required. You will have to pay a lot for high-capacity UHS-II U3 ​​high-end cards, but you will not always notice the advantages that determine the high price.

If a microSD card is used to store applications on a smartphone, then you should pay attention to the performance class for startup speed. But if you plan to shoot 4K video on your phone, then the memory size and recording speed should become the priority parameters of the media. 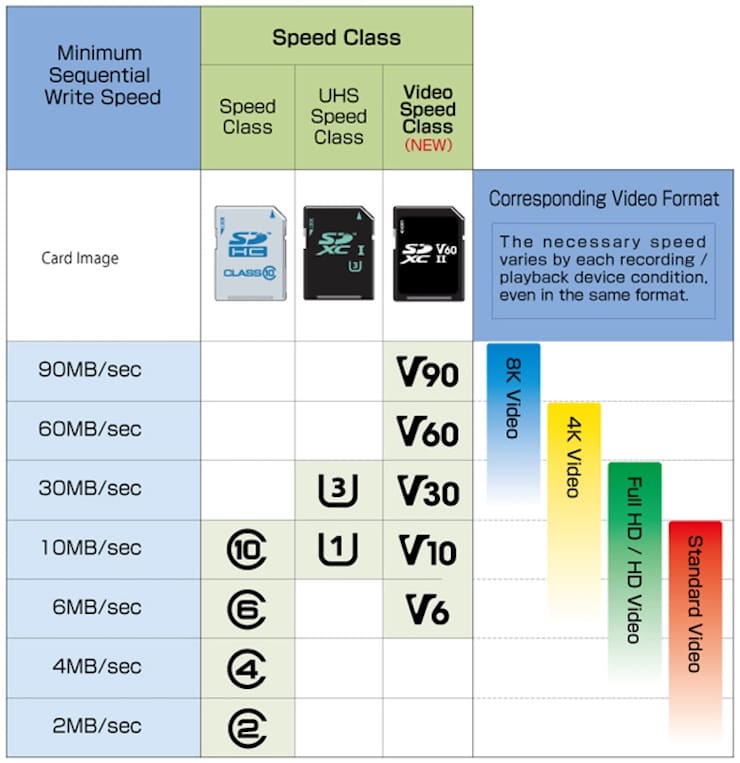 The SD Card Association recommends using UHS U3 cards for shooting 4K video. And for shooting video with FullHD resolution, ordinary cards of 10 or even 6 class will be enough. If the recording speed is too slow, frame drops will occur and the sound will be interrupted.

Photographers often prefer to use several smaller capacity cards together with one large one. This minimizes the risk of losing all data if the media is damaged. And when shooting in RAW format, you need to remember the impressive size of the image – 50 MB or more. In this case, you will need a card with U1 or U3 speeds and with a format of at least SDHC.

See also  How can your SIM card be hacked and how can you protect yourself? 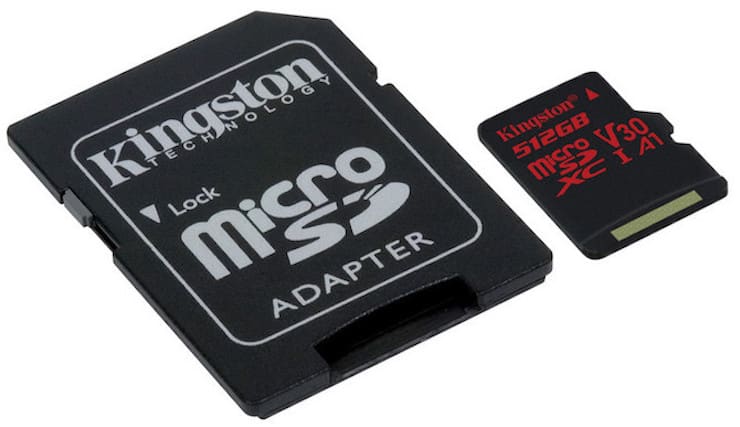 ♥ BY TOPIC: ez Share is an adapter that adds a Wi-Fi module to any camera.

At first glance, the advice to avoid fakes seems obvious, but buying non-original memory cards is very easy. Often an unknown seller offers a low price for branded memory cards. In this case, we can talk about an increased risk of running into a fake. A few years ago, a SanDisk engineer claimed that about a third of all SanDisk cards were actually non-original products. It is unlikely that this number has decreased since then.

When purchasing memory cards in an unknown store, it is better to read reviews about it first. Counterfeit microSDs usually show the capacity listed on the packaging correctly, but they won’t actually be able to store that amount of data. Free space on the map will run out unexpectedly quickly. You can check the actual capacity of your drive using the H2testw utility for Windows or F3 for Mac and Linux.

♥ BY TOPIC: What will happen to AirPods after two or three years of active use.

Each of us had flash memory cards that once stopped working for no apparent reason. It is believed that these drives are generally highly reliable, but their death leads to the loss of all data stored there. It is for this reason that the purchase of memory cards manufactured by large brands is always preferable to cheap nameless cards. From a quality product, you should expect better performance, increased levels of reliability, protection from water, shock and even X-rays at airports. Big name manufacturers often provide a lifetime warranty and access to data recovery software. This standard is offered by SanDisk and Lexar.

♥ BY TOPIC: How to connect a regular USB flash drive to an iPhone or iPad.

What is the ideal microSD card?

Thanks to our advice, you can avoid mistakes when purchasing a memory card. It remains only to figure out which card is needed. Does it require a high write speed and should it be over 400 GB? The formed criteria and information about the standards and speeds of microSD cards, indicated above, will allow you to make the right choice.