Alas, the batteries in iPhones do not last forever and need to be replaced at the end of their service life. Previously, it was possible to find out about the need to visit the service center only after the appearance of external defects on the device or problems with its charging. Sometimes, in order to understand whether the battery requires replacement, one also had to look for relevant information on the manufacturer’s website.

This material is devoted to the problem of deciding to replace the iPhone battery – at what point does the expectation of the inevitable death of the battery lose its meaning and there is a justified need to purchase a new one?

In fact, the average iPhone battery loses about 20% of its nominal capacity after 500 recharge cycles, but this does not mean that the module should be replaced every year. Below we will look at 7 signs of a dying battery that indicate that replacement is not just desirable, but practically necessary.

♥ BY THEME: How long does the iPhone battery last, how to count the charging cycles and when is it time to change the battery.

1. iOS notification of the need for battery maintenance

Apple has implemented diagnostic tools in iOS that collect information about changes in battery capacity and ability to release a charge. If there is a deterioration in the recorded indicators, the system itself will offer the user to replace the battery. In this case, the user will see on the screen “Settings “ In chapter “Battery” message: “IPhone battery may need service“. This notification in no way signals a security problem, but only warns the owner of the gadget about the possible need to replace the battery.

See also  Reading list in Safari on iPhone, iPad, and Mac, or how to save pages for delayed reading sites 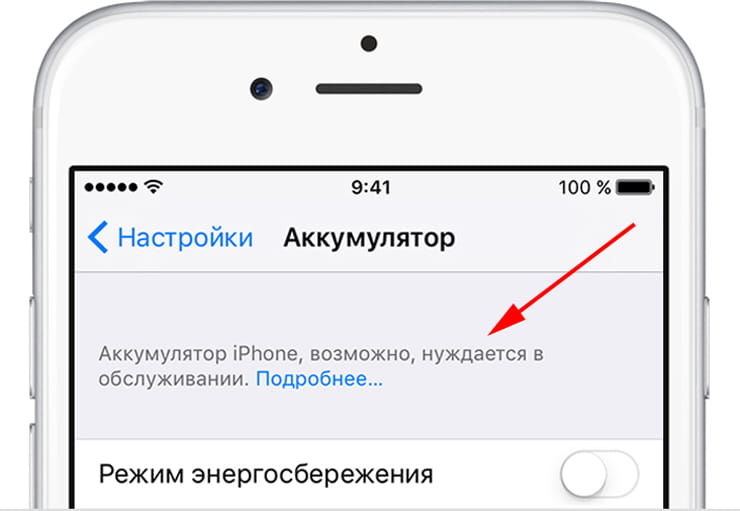 IPhone smartphones began to fix battery problems themselves and report them to users after the release of the iOS 10.2.1 update. If the owner of the device received a notification about a possible battery malfunction, Cupertinians advise to visit an authorized service center or Apple Store. You can also contact the company’s support service in advance.

♥ BY THEME: External batteries (Power Bank) for iPhone and iPad: an overview of the best options.

If your iPhone suddenly turns off with 40% charge or more, then this is one of the main signs of the imminent demise of the battery. The fact is that the system monitors the operation of the battery and requires it to supply current in a certain voltage range for the safe functioning of the smartphone, while the outdated module has an increased resistance index, which results in a drop in voltage at high loads. As a result, the system turns off the device while running “heavy” applications and performing other power-consuming operations.

However, the shutdown of a smartphone with a sufficient charge level may be caused by errors in the interpretation of physical indicators by the software shell. To eliminate the likelihood of such an error, you should do the following:

See also  How to turn off headphone mode on iPhone: why iPhone thinks they're connected

If this algorithm does not solve the problem, then its cause is a battery that has lost its working properties.

♥ BY THEME: How to Extend iPhone Battery Life – Tips.

3. iPhone started to slow down 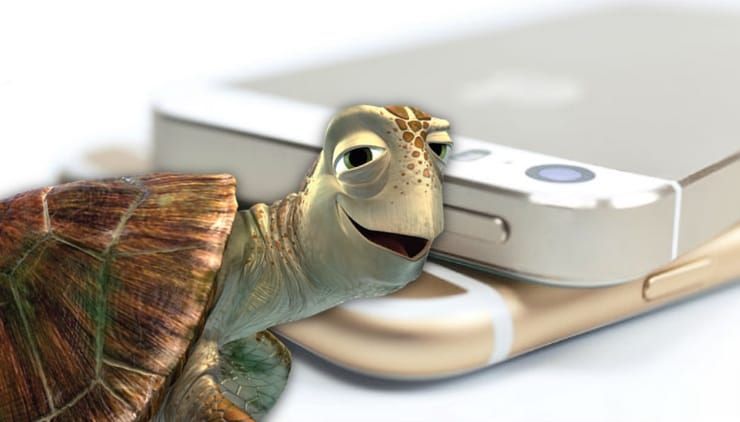 In 2018, Apple admitted that it deliberately reduced the performance of the iPhone in order to extend battery life. For this, the so-called throttling (“throttling”) of the central processor was used – skipping clock cycles to reduce the frequency and load on the power supply. This feature is used in all smartphones, starting with the iPhone 6/6 Plus, and after the release of the iOS 11.3 update, the user can independently adjust the processor throttling and monitor the battery status.

To do this, go to the menu Settings → Battery → Battery status and pay attention to the item “Peak performance”… 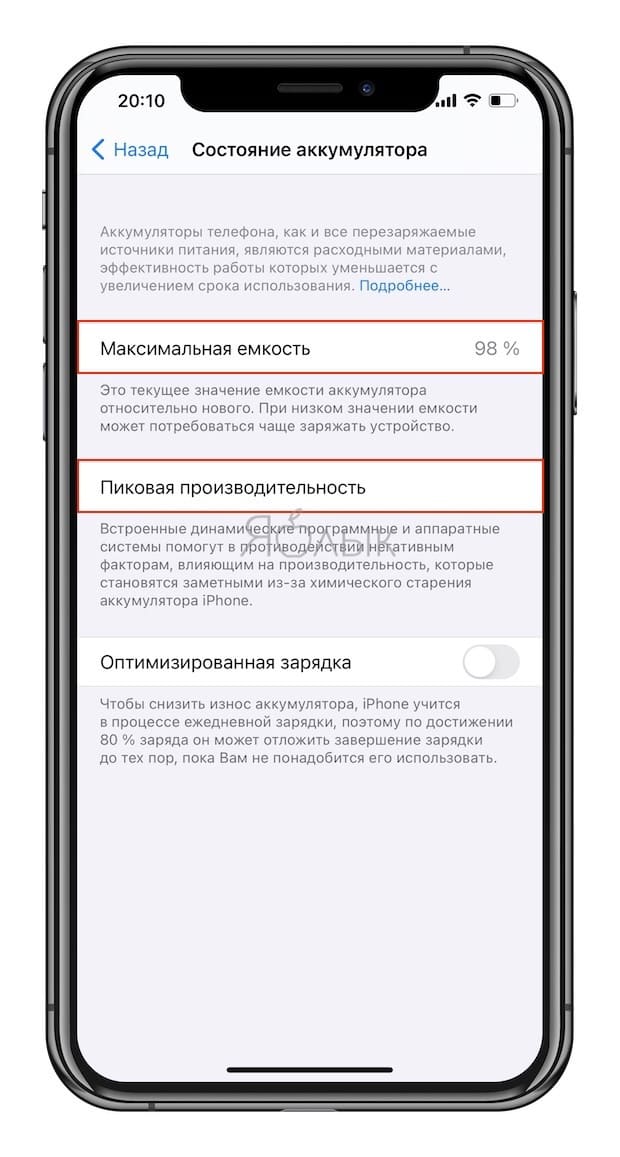 ♥ BY THEME: How to turn off forced slowdown on iPhone and check battery health. 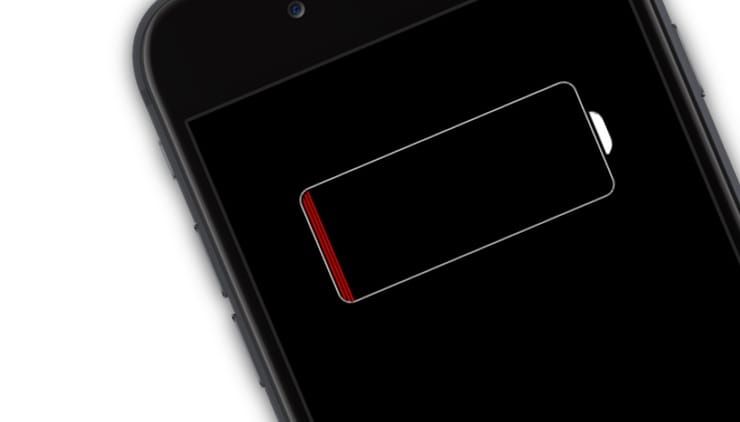 The most obvious reason for replacing the battery, which is especially true for owners of legacy devices (iPhone 5s and earlier). Throttling is not used on smartphones in 2013 and previous years, and therefore batteries deteriorate much faster than in newer gadgets.

5. iPhone only works on charging 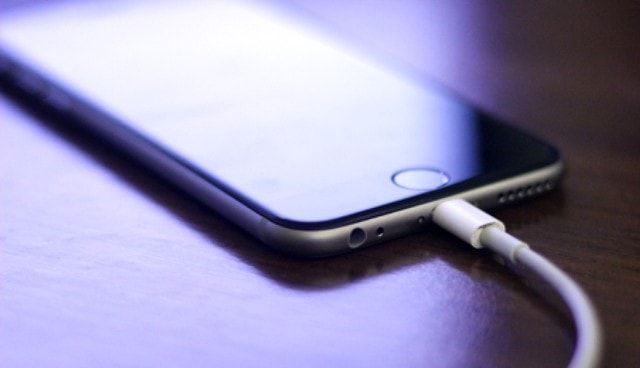 All users of Apple smartphones are faced with a similar situation, who delay the battery replacement until the last moment. In the end, the gadget stops working altogether without being connected to a constant current source. It doesn’t matter how long it took to charge – the very first call without a Lightning cable turns off the device.

♥ BY THEME: The battery on the iPhone is draining quickly, why and what to do? 30 ways to solve.

6.The iPhone gets very hot

Excessive temperature release during iPhone operation signals an increased ion resistance, which means the situation will only get worse. Of course, the smartphone may warm up a little while charging or working for a long time with “heavy” applications, but if the temperature rises to critical levels, then there is a high probability of serious problems with the gadget’s battery. 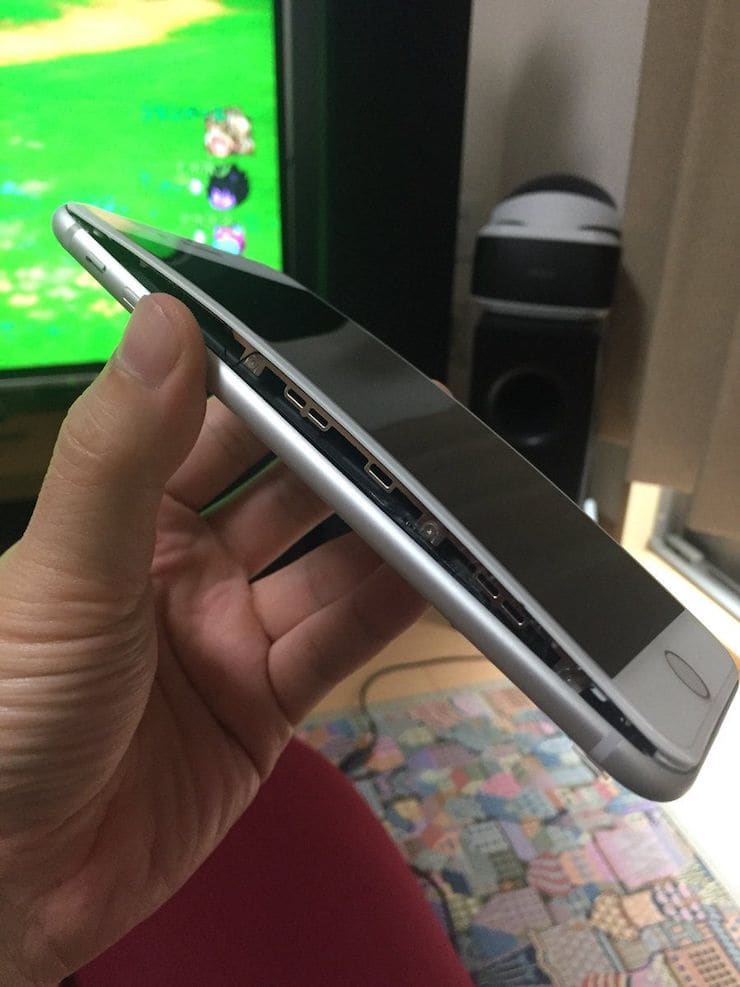 The swelling of the battery of any smartphone requires immediate replacement of the module, as it can be dangerous not only for the device, but also for the user’s health. Most often, a swollen battery gives itself out through the display, which rises above one of the edges of the case or leaves streaks after pressing.

♥ BY THEME: Which smartphone has the best camera – Top 15.

Most users change the iPhone battery after a drop in capacity of 40 percent or more, and the situations described above can be called critical points, after which it is highly recommended to replace the battery.