January 9, 2007 Apple co-founder Steve Jobs introduced the world to the touchscreen smartphone of the company, which received the name iPhone… Sales started only six months later – on June 29, 2007. For that time, the device of the Cupertino-based company was very innovative and interesting. 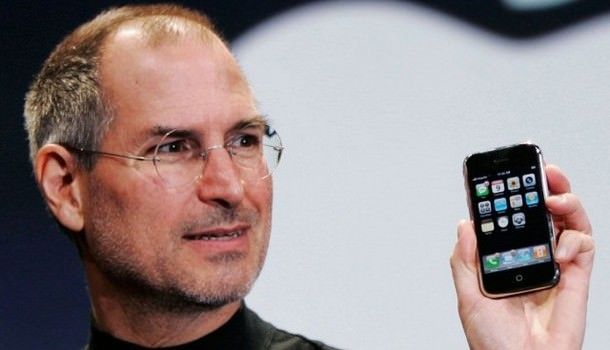 ♥ ON TOPIC: iPhones not released by Apple: Photos of prototypes of the first iPhone models.

Before the iPhone appeared on the mobile market, smartphones were quite large and consisted of two parts: a screen and a keyboard. Moreover, in most cases, their ratio was 1: 1. 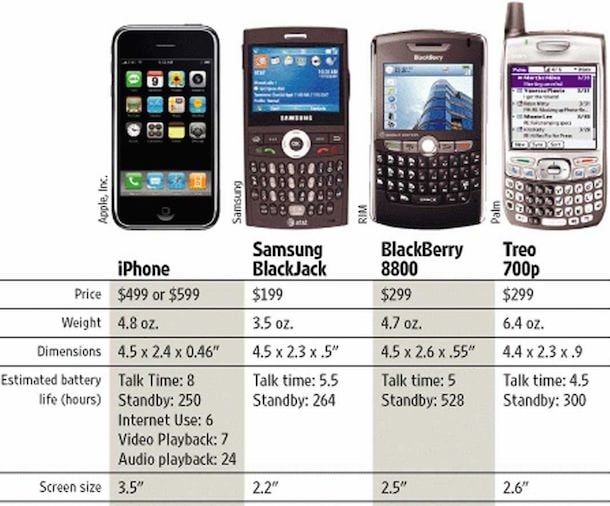 Even though it was possible to view Internet content, users could not open the full versions of the websites. In this regard, companies had to develop the simplest mobile versions of their resources.

However, this was all before the advent of the iPhone, which changed the state of affairs in the smartphone market. It should be noted that by modern standards first iPhone was a fairly primitive gadget with many software and hardware limitations.

As you can see in the photo above, the iPhone looked much prettier than other smartphones existing at that time.

♥ ON TOPIC: Apple’s story in pictures – how Steve Jobs saved the company and brought it back to success.

There was no 3G or LTE

The first Apple smartphone didn’t even have 3G support. Cellular data transmission could only be carried out through the EDGE standard, or 2G, which is rather slow.

♥ ON TOPIC: What Tim Cook (Apple CEO) looked like in school (photo).

There was no App Store and popular apps

15 years ago there was no App Store, that is, iPhone owners could not enjoy Angry Birds, Instagram, Vkontakte client or any other entertainment applications. Agree, today it is the programs that are the advantage of the smartphone from Apple, because they allow you to use all the functionality of the device.

♥ ON TOPIC: Ron Wayne is the third co-founder of Apple who abandoned the company after 12 days for … $ 800.

There was no wallpaper support – exclusively black background 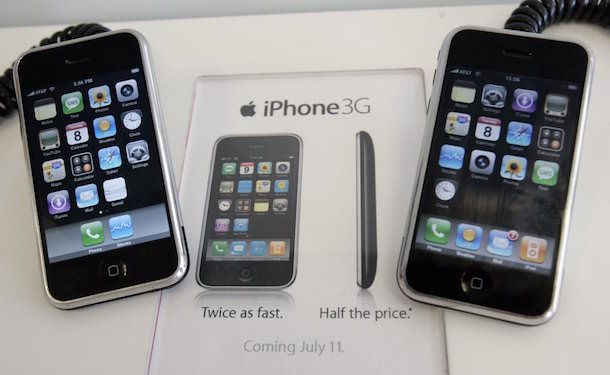 While today users can choose any image as their home screen or lock screen wallpaper, then only a black background was available. Wallpaper setting was not available.

♥ ON TOPIC: 70 interesting facts about IT technologies.

Lack of functions “Copy” and “Paste”

Only three years after the first iPhone was released, engineers implemented Cut, Copy and Paste functions in the smartphone. As for the synchronization of the smartphone, for this purpose, for 5 years, it was necessary to connect the iPhone to the computer (now there is the possibility of Wi-Fi synchronization).

♥ ON TOPIC: Why is the Apple logo a bitten apple?

Typing in portrait mode only

When typing in SMS and email applications, the keyboard only worked in portrait mode. Sending photos via regular message was not available.

♥ ON TOPIC: The history of Nokia – from dawn to dusk.

When traveling, I still had to use a regular GPS navigator.

♥ ON TOPIC: What phones did they use before the iPhone was released: 10 popular models (video).

The smartphone was equipped with a 2-megapixel camera, which, among other things, could not shoot video. There was no Action Center, Siri, and Control Center back then. 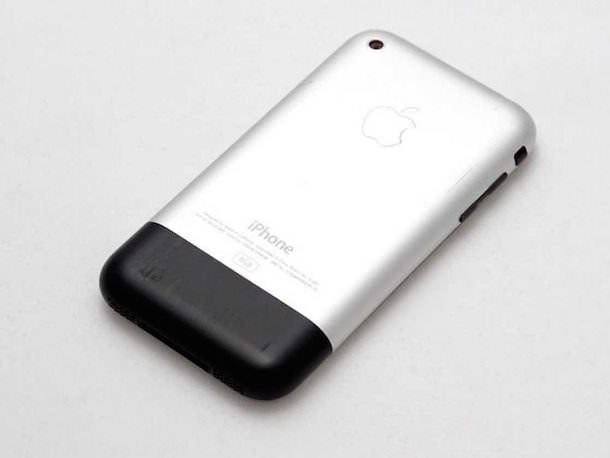 ♥ ON TOPIC: How to take a photo with a trail effect (long exposure) on an iPhone: 2 ways.

There was no front camera

While selfies are ubiquitous now, the original iPhone didn’t have a front-facing camera. In fact, the front camera was missing until the iPhone 4 launched in 2010 with the new FaceTime video calling feature.

♥ ON TOPIC: How to buy games, applications, pay for Apple Music without linking a card.

There was no flash and flashlight

The iPhone 2G lacked an LED flash and flashlight. With the launch of the App Store, some flashlight apps were released that displayed a white screen at maximum brightness to simulate a flashlight.

♥ ON TOPIC: iPhone turns off in cold weather: why is this happening?

There was no Siri

Apple’s voice digital assistant was launched alongside the iPhone 4S in 2011.

♥ ON TOPIC: How to automatically improve photo quality on iPhone and iPad.

♥ ON TOPIC: Continuous shooting on iPhone and iPad: how to take 10 frames per second and choose the best image.

There was no wireless charging

The first iPhones to support wireless charging were the iPhone 8, iPhone 8 Plus, and iPhone X, released in 2017.

Summing up, it is worth noting that since the appearance of the first touchscreen smartphone Apple devices of this type have become much “smarter”, faster and prettier. Be that as it may, do not forget that almost with the iPhone began the path of “evolution” of touch devices.

See also  How to enable front selfie flash on iPhone