There are a considerable number of science fiction films, the plot of which is based on the approach of a huge meteorite to the Earth, capable of destroying life on our planet. This scenario is invariably one of the three most anticipated “ends of the world.” How large does a block from space have to be to absolutely destroy our civilization? 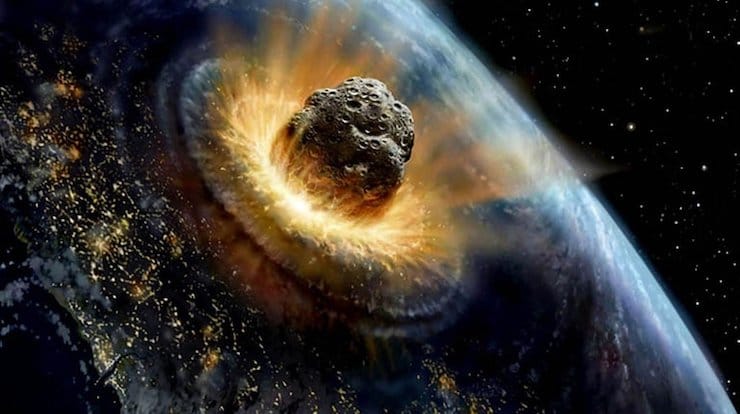 Speaking about the possible fall of a meteorite on the Earth, it is quite obvious that the larger it turns out to be, the more destructive the impacts from its fall on our planet will be. Space observation, which has made a qualitative leap in the last half century, and archaeological excavations, have told us that the collision of large celestial bodies with meteorites occurs quite often. Even on Earth, you can find many traces of impacts of cosmic stones that fell on our planet millions of years ago.

There is no doubt that the Earth has already experienced an encounter with large meteorites. Most likely, these events became the cause of mass extinctions of living beings. Obviously, sooner or later, something similar will happen in the future. In 1997, scientists at the University of Colorado, using simulations, decided to find out what size meteorite, falling to Earth, could destroy all of humanity.

If an asteroid the size of a house falls to Earth at a speed of 40 thousand km / h, it will completely destroy all concrete structures at a distance of up to a kilometer from the impact site. If the meteorite is the size of a 20-storey building, then all structures within a radius of 7 kilometers will be destroyed.

See also  Hell for a perfectionist: 50 photos that destroy harmony

For example, the Arizona crater (coordinates on Google maps), which arose about 50 thousand years ago after the fall of a 50-meter meteorite weighing 300 thousand tons and flying at a speed of 45-60 thousand km / h, left a giant earth bowl with a diameter of 1219 meters, a depth of 229 meters. The explosion from the fall of the Arizona meteorite was similar in power to the explosion of 8,000 atomic bombs, similar to those dropped on Hiroshima. 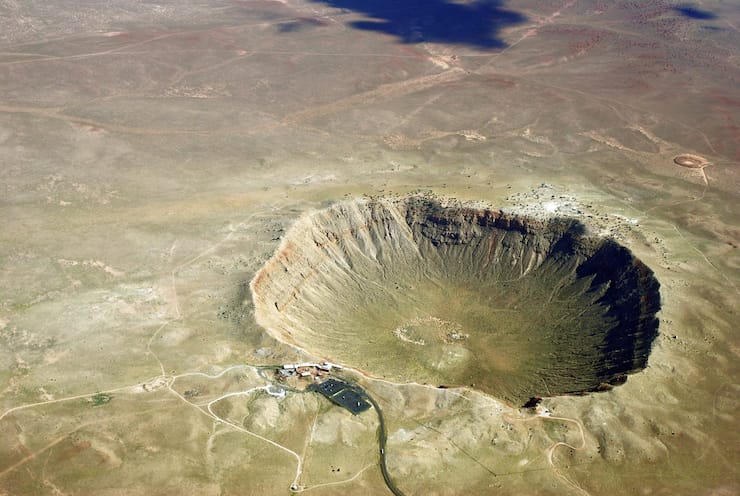 A meteorite with a diameter of 800 meters on collision will create an explosion with a yield of 100 megatons of TNT. This can be compared to the simultaneous explosion of two of the most powerful thermonuclear bombs in human history. Because of this, earthquakes and tsunamis can begin, and the shock wave will circle the planet several times. Light radiation will generate multiple fires. But it’s not worth talking about fatal effects – humanity will survive the fall of a kilometer meteorite. An up-to-date list of the largest impact craters on Earth can be found here.

Scientists see it in the fall of a large meteorite as the cause of the extinction of the dinosaurs. The space object could reach 11-13 kilometers in diameter. If in our time such a meteorite falls to the Earth, then billions of people will instantly die, most of the land will be engulfed in fire, and so much dust will rise into the sky that the Sun will darken for a long time. Due to the lack of light, plants will begin to die. Such living conditions did not allow dinosaurs to survive. Today, human progress will already allow civilization to survive even in such harsh conditions. Very few will survive, it will be difficult to find food, but humans will be able to cope with it.

So what size a meteorite will definitely not leave us a single chance of survival. Experts have calculated that humanity will definitely not be able to endure the collision of a planet with a body with a diameter of 100 kilometers. By the standards of space, this is not such a big meteorite. Our observatories are constantly studying the nearest space, so as not to miss the approach of such a body. The probability of its unexpected collision with the Earth is very small. But if we talk about the distant future, then we should not evaluate the planet’s chances of colliding with an asteroid that is dangerous for the existence of our species, but about what we will do in such a situation.

The next large meteorite closest to Earth will fly near it on October 26, 2028. It is assumed that the asteroid will be at a distance exceeding the distance to the Moon by 2.5 times. This body has a diameter of 1.5 kilometers and in the event of a hypothetical fall on New York, it will destroy the district from Washington to Boston. But in general, this will not affect humanity. And to protect our view from the fall of large asteroids, NASA is developing a special mission to redirect meteorites. The spacecraft must land on a large object, pick up a large piece of rock for study, and send the meteorite itself into a stable orbit around the moon. A similar mission should be carried out in the 2020s. Who knows, perhaps this is the first step in building a system to protect our planet from the impact of a large asteroid.