Most people try to follow the law. But where there are established orders and restrictions, there are always those who want to bypass them. Today the Internet is an integral part of the lives of billions of people. But most of them are unaware that the World Wide Web has its own dark side – Darknet… 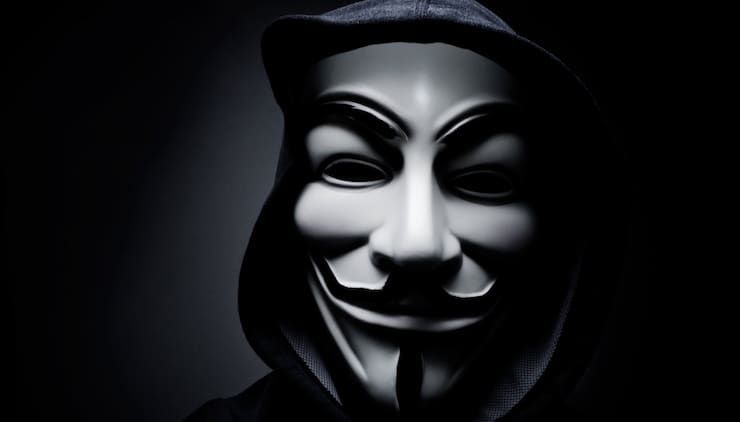 ♥ BY TOPIC: What is a proxy server and how to set it up on iPhone and iPad.

What is the Darknet? 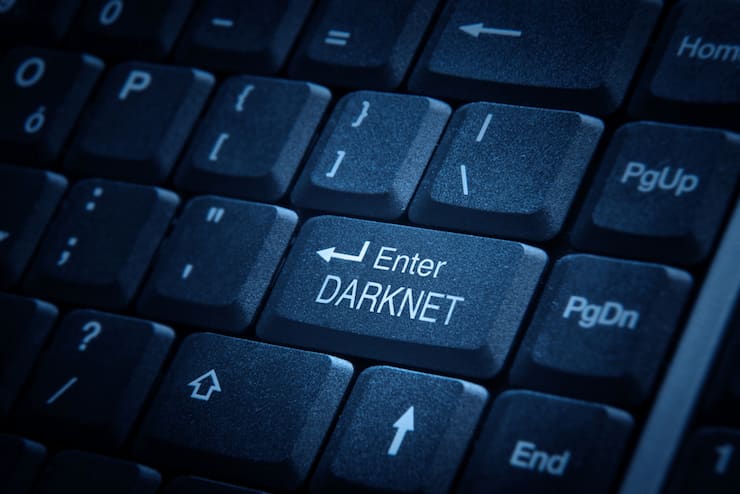 This is the name of a network hidden from users in which connections occur between trusted nodes based on non-standard protocols and ports. Darknet (from English – “hidden network”, “dark network”, “shadow network”) is based on the complete anonymity of users, which provide virtual tunnels with encrypted data.

The term itself appeared almost before the Internet itself. Back in the 1970s, networks that existed separately from the ARPANET were called the darknet. That later became a global communication tool. Darknets could receive certain information from the ARPANET, but they had their own hidden addresses, inaccessible from outside requests. The term “darknet” became widely used in 2002 after an article by Microsoft employees on the future of information dissemination. The basic principles of the existence of closed networks were outlined. Since then, major media outlets began to write about the Darknet. This part of the Internet has begun to be credited with distributing copyrighted files and hiding information crime.

Where there is a space with riddles and secrets, there are also stalkers who plunge into it. The Darknet has spawned a whole underground subculture with a market for drugs, confidential information, erotic chat rooms, communities of anarchists, sadists, racists and other similar groups. Outcasts in society, they find freedom on the Darknet. It is here that you can buy dirt on a famous politician or his correspondence, intimate photos of stars for cryptocurrency, find a risky job beyond the law, while maintaining your anonymity. In this part of the network there are resources for the sale of fake documents, license plates for cars, fake clones of SIM-cards. Here you can order the services of a hacker or an attack on a competitor’s website. Cybersecurity experts have used search engines to analyze part of the dark web. Half of the sites turned out to be inactive, and illegal content was found in a third. Research has shown that the most popular sites on the Darknet are drug sales and financial crime sites. At the same time, many resources for the sake of ensuring anonymity live for a limited time.

♥ BY TOPIC: Secret chat (correspondence) in Viber on iPhone: how to enable, hide and configure?

How to enter the Darknet? What program do you need?

The Internet is often portrayed as an iceberg, in which the visible part is popular websites, social networks, and all information is indexed by search engines. The underwater part is the Deep Web. This part of the network is not visible to the average user. Access to private forums and chats, to information banks is closed, including for search engines. And even lower is the same Darknet, which is the bottom of the information “iceberg”.

See also  What is the Darknet and how to get there? 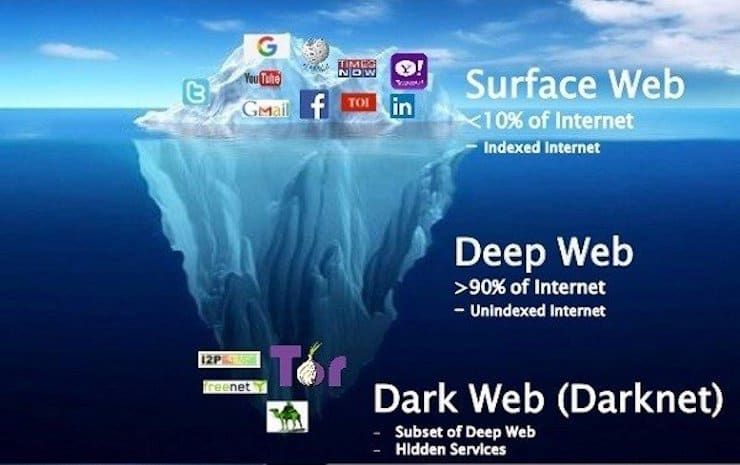 Its domains cannot be opened in a regular browser; the address can generally be a random set of characters or a cipher. Special software is required to access the shadowy part of the Internet. The easiest option is to use the Tor browser.

Domains (for example, .onion or .i2p) are used on the dark web, as well as on the usual Internet, but it is impossible to navigate to sites with such domains using the regular network and standard browsers Chrome, Internet Explorer or Safari, etc. It is not uncommon for a dark web URL to use a random character set or cipher. So, for example, the site: facebookcorewwwi.onion is a mirror of the social network Facebook on the darknet. The address cannot be opened in a regular browser.

The sites of the Darknet are indexed by search engines, but this, of course, is not familiar to all Google or Yandex.

The first step to familiarize yourself with the “dark web” in Russian will help to create a directory of Darknet resources – Godnotaba.

♥ BY TOPIC: What computer viruses looked like in the 80s and 90s.

Diving into these depths is interesting, but is it legal? In this case, the average user is not responsible, which cannot be said about the creators of tools for bypassing locks and other questionable services. The same Tor is prohibited in Russia. An attempt to look into the Darknet and ask a question there on a hacker forum will not be a crime, but many actions may well fall under the article of the criminal code: selling credit card data, drugs, confidential information.

See also  What is the Darknet and how to get there? 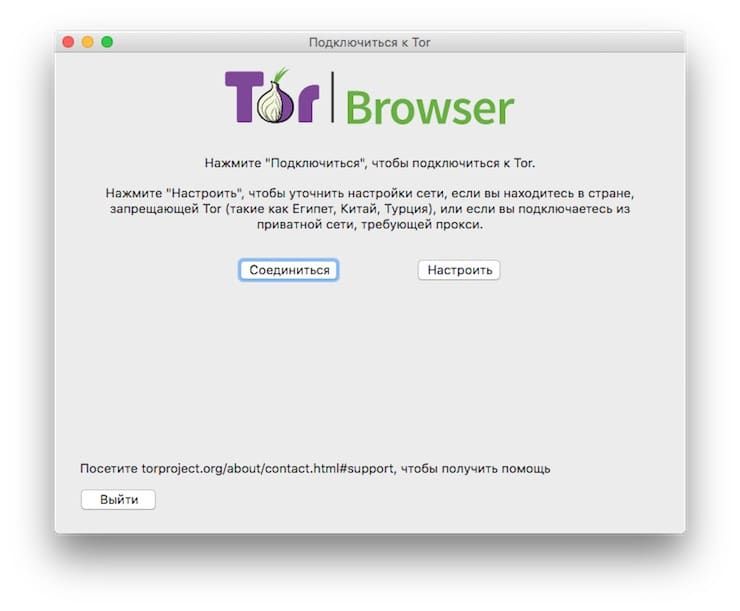 Curiosity often makes users less vigilant, and the Darknet can be dangerous. Some sites exploit vulnerabilities not yet found by developers. Working with Tor, the user becomes part of a distributed network, which may well be engaged in some kind of crime at the moment: password guessing, remote attacks, etc. And of course, you shouldn’t download some files from the Darket and open or run them. Viruses are much more likely to be present there than on the open Internet. However, someone is ready to take the risk for the sake of information. And deals on the Darknet are not always done honestly – there will be no one to complain about.