And although the Russian language is considered rich, there are many borrowed words in it. But their meaning is not always clear, since even a literal translation can give an incomprehensible meaning. One of these words is “default”. In difficult economic times, it sounds more and more often, both from TV screens and from the mouths of ordinary people. What is it? 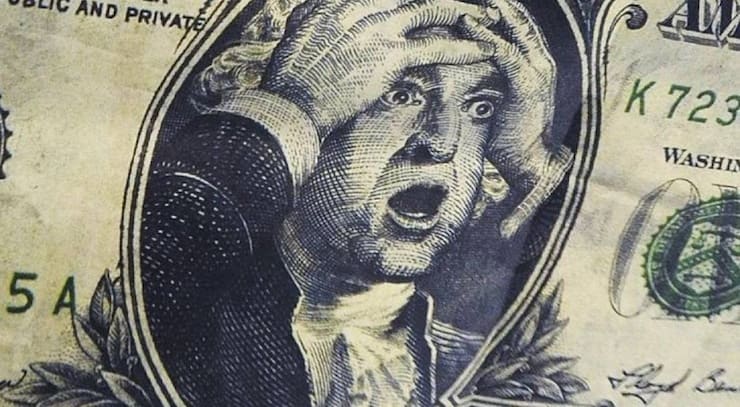 ♥ ON TOPIC: Bitcoin: 10 Surprising Facts You May Not Know

The word default in English has several meanings. But in economics, the most often used option is “breach of obligations”… This word is used in relation to a situation when one of the parties cannot timely fulfill its obligations, for example, to pay a debt or interest on it. A default can overtake both an individual, a company or even a state. For corporate law, this is an unpleasant situation, but not at all fatal. The announcement of default can become a kind of protection for a company that is temporarily experiencing difficulties in repaying the loan. This saves her from being absorbed or captured. And creditors are protected from default by the company of its obligations.

♥ ON TOPIC: Why You Should Plan Your Life Years Ahead.

It must be understood that a default can be different and have corresponding consequences. We call one of the options simply bankruptcy, but it would be more correct to talk about corporate default… An enterprise, individual or even a country can no longer pay interest on a debt. For the borrower, this situation is fraught with the cessation of activities. If we are talking about a company, then the court appoints a manager who decides how to deal with it further: sell, divide into parts, sell property, etc. In the case of individuals and legal entities, all the nuances are determined by the legislation of the country, in which all the nuances and procedures are spelled out.

There is such a thing as technical default… This situation of inability to pay bills arises against the will of the borrower. It is announced by the lender, but the difference is that in the future the possibility of payment will appear. The borrower may refuse to pay interest or some part of the debt, or cannot prepare the required documents on time. Then the parties decide how to resolve the problem in the future. It often happens that a technical default leads to real bankruptcy.

Sovereign default refers to a state that is unable to fulfill its monetary obligations to external creditors. This usually happens as a result of an economic downturn. This situation leads to a loss of credibility with international borrowers, depreciation of the national currency, lack of investment, litigation. The consequences of sovereign default are long-term.

More difficult cross default… This situation can occur when signing a loan agreement with many conditions, failure to fulfill which in one agreement leads to default on other loans.

♥ ON TOPIC: The best cities in the world: 28 places with the highest standard of living.

The reason for the default can be described very simply – the discrepancy between the debtor’s income and his expenses. If we are talking about the state, then this leads to an ill-conceived economic policy, a sharp decline in the revenue base, a sharp change in the internal political course and force majeure (wars, natural disasters, etc.). The companies have somewhat different reasons: increased competition, instability of exchange rates, problems with the supply of raw materials, and a thoughtless and risky economic policy.

♥ ON TOPIC: Why the dollar is called the buck is denoted by the $ symbol and other interesting facts about the American currency.

The consequences of default

For the country, the consequences of the default are very grave. No one will lend to a state that does not pay debts – you have to rely only on your own strength. With the fall of the national currency, the cost of imports rises, citizens become poorer, and production falls. This leads to unemployment, lower wages. The situation starts spiraling downward. In 1998, Russia declared a default, a similar story happened in Argentina in 2001, in Uruguay in 2003, and in 2015 there was a technical default in Greece.

A country’s default leads to a collapse in international financial markets, affecting even residents of other states. As a result, such a situation forces the economy to recover, to revise internal spending and sources of funding. The country begins to spend funds more thoughtfully, only the strongest enterprises survive, and with the depreciation of the national currency, the competitiveness of local producers increases. Thus, the default becomes a kind of “bloodletting” – painful, but necessary for recovery.