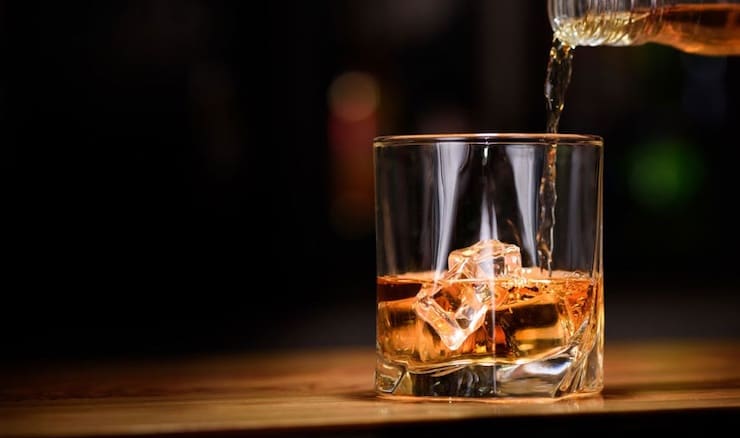 New Year’s holidays become for many a life trait that separates the old way of life from the new. It is almost impossible to stay away from a feast and abundant libations in the company of friends and relatives, but starting the year off alcohol seems to be a reasonable measure. And someone ties up for a while, while someone radically changes their life, making it completely sober. And even a glass of beer or wine at dinner becomes redundant. Not only does the mind no longer succumb to the influence of alcohol, so our body reacts to the refusal of alcohol. We will tell you what begins to happen to him.

♥ BY TOPIC: Ventriloquists (ventrologists), or how to speak and sing without opening your mouth (video).

Of course, there is a place for half measures in the “drink” or “not drink” approach. It is one thing to drink half a bottle of wine or a glass with 100 ml of cognac, another thing is a small glass of wine for dinner. Doctors say that we can talk about safe doses of alcohol, which will not lead to an increase in health risks either now or in the near future. Acceptable doses of alcohol have been studied in many countries for many years, but experts have not come to a consensus. In search of the best advice, it is better to turn to the WHO recommendations.

That’s just this organization has several documents at once, which contain conflicting information about the permissible doses of alcohol. The AUDIT test documentation describes the low risk of alcohol consumption as 20 g of pure product per day. Translated into vodka, this is 63 ml, for wine – 200 ml of 12.5% ​​drink or 500 5% beer. It is recommended to consume no more than 100 g of alcohol per week for both men and women. The document recommends at least 2 days a week not to consume strong drinks at all.

But another recommendation of the same WHO says about a threshold of 20 g of pure alcohol per day for women, while for men the allowable rate is twice as high. In a week, respectively, you can consume up to 140 g and up to 280 g of alcohol, respectively. There is no information about the days of abstinence at all. But for patients with alcoholism, it makes no sense to talk about safe doses – as soon as you start, a binge is immediately formed.

How small doses of alcohol affect the body?

The ability of alcohol to liquefy cell membranes is known, which makes them more fluid. That is why alcohol so actively influences the nerve cells that it causes toxic damage to the entire nervous system. The walls of the stomach and duodenum are also strongly affected. It is no coincidence that alcohol abuse can lead to stomach or intestinal ulcers, erosive hemorrhagic gastritis. An increased dose of alcohol forces the body to activate adaptive mechanisms, protecting the cell walls from rapid damage. It consists in increasing the content of cholesterol in the membrane. But such changes also affect all active structures associated with it: receptors, immune and enzyme complexes. They begin to work differently: the consumption of oxygen in the cells increases, they constantly demand it and do not tolerate the lack of it well. As a result, the heart muscle may lack oxygen during exercise. Such deficiency can cause ischemia and myocardial infarction. In general, the body’s immunity decreases, it begins to resist infections worse.

“Relaxation”, which alcohol is famous for, should not be abused – the opposite effect may form. Excitatory neurotransmitters begin to be produced in the body, and in a state of sobriety, we will begin to feel anxiety, anxiety and tension. And alcohol tolerance will gradually increase. As a result, more and more doses have to be taken to relax and intoxicate.

How does a complete rejection of alcohol affect the body?

With the rejection of alcohol over time, the balance of neurotransmitters in the brain normalizes. A person will become calmer, his constant irritability, stress will go away, the quality of sleep and efficiency will increase.

And here is a list of specific changes with the body and body: