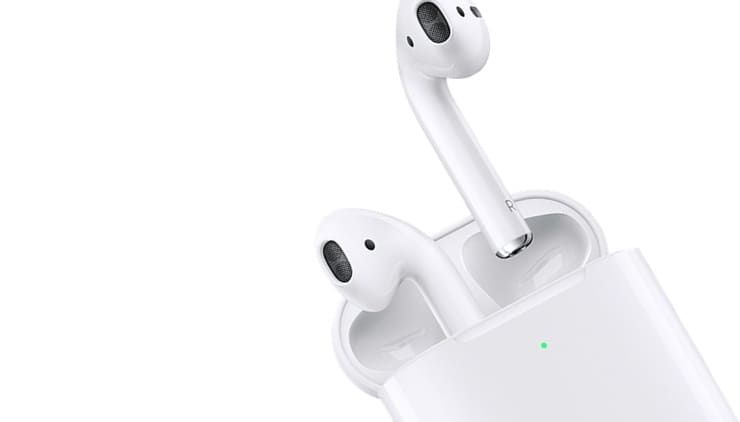 There is no doubt that AirPods are a trendy and modern accessory. Even in a rapidly changing fashion, this headset is considered top-end. Since the introduction of AirPods, a huge amount of owner reviews have accumulated on the market, thanks to which you can evaluate the durability and quality of the device. How will AirPods (the same applies to AirPods Pro) change over time?

♥ BY TOPIC: Birthdays on iPhone, iPad and Mac: How to add and turn on reminders.

It’s only wine that gets better over time, and even then – not always. Electronics, on the other hand, is gradually deteriorating, reducing its nominal characteristics. Here are some observations from using the headset. 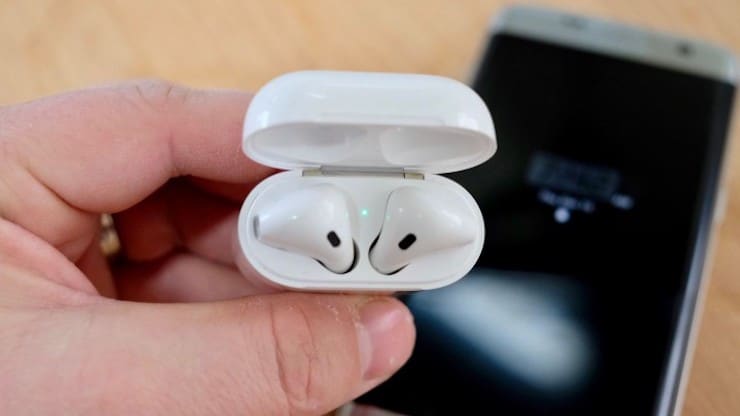 The operation and perception of many modern gadgets is directly related to their batteries. Autonomy is one of the key characteristics of such devices. Over time, batteries lose their capacity, AirPods are no exception in this matter. Initially, the headphones can work stably for the promised 5 hours on a single charge, clearly surpassing almost all competitors in this indicator. The first six months of use, everything will be exactly like that, besides, an additional 20 hours of work can be provided by the charging case.

On average, for a week of use in music listening mode, 2-4 hours a day, the entire set has to be charged only once a week, which is very convenient. Increasing the volume due to specific usage scenarios will reduce the autonomy of the headset. By the end of the first year of using the headphones in normal mode, the battery will probably not be enough for a day – you will have to put them in a case in the evening. This is the first call.

In the second year of use, autonomy will drop even more. You will have to charge the kit approximately every 4-5 days. But this is still enough for comfortable use. Nevertheless, the case has to be used almost every day, or even more than once. By the end of the second year, AirPods will be able to operate on a single charge for about 3 hours. But even this figure is better than that of most Chinese clones.

In the third year, the situation will worsen even more. Headphones in the previous operating mode have been serving for less than two hours – we can talk about the loss of half of the battery capacity. The battery is discharging right before our eyes. In addition, in many cases, the headphones are not discharged synchronously at all.

♥ BY TOPIC: Why you need to use the “Sign in with Apple” function for authorization in applications and websites. 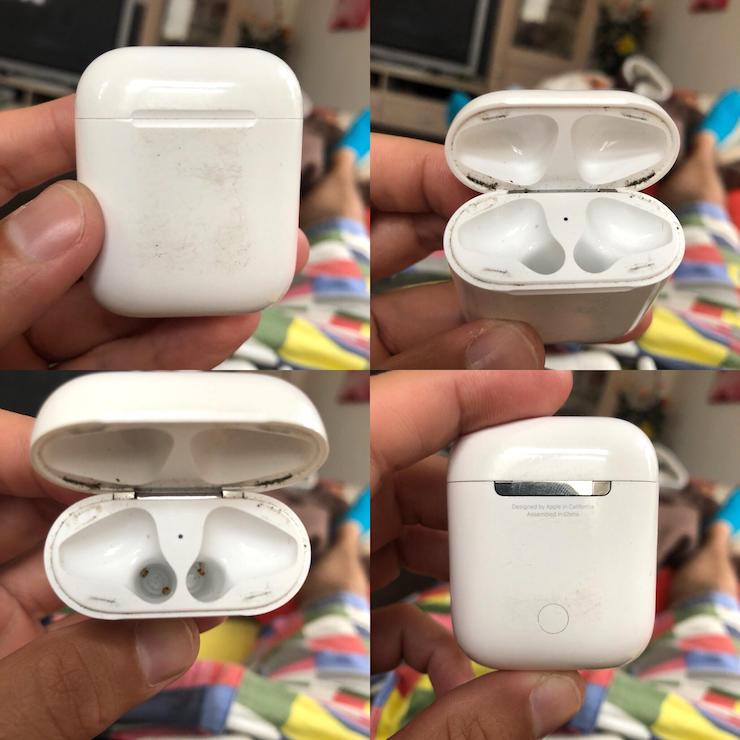 AirPods have one problem that doesn’t get resolved over time – you have to be prepared for it. The white glossy headset case constantly attracts dirt, although it is not among the debris. Interestingly, the headset itself looks almost perfect over time. The case accumulates dust and dirt in itself, which will clearly be unpleasant for most users. On the inside of the case, even a dark coating forms, which eats into plastic – it is quite difficult to remove it with a simple wipe.

However, there are simple ways to quickly get rid of dirt on your case. For example, you can take cotton swabs or pads, soak them in nail polish remover, and then wipe any dirty areas. This will help remove major stains from the plastic. The case will look good, even if it gets scuffed over time.

You can also use an alternative method:

♥ BY TOPIC: How to remove scratches and restore shine to the steel frame of iPhone X, iPhone XS, and iPhone 11 Pro.

The case is lost 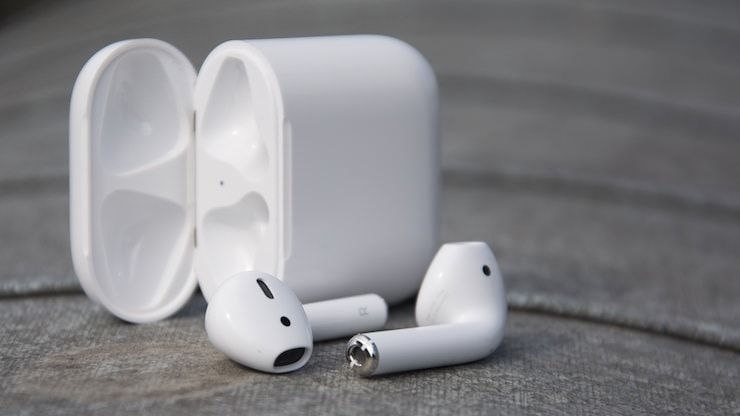 Surprisingly, losing a case is easier than one small earpiece. Nevertheless, the headset sits perfectly in the ears and the earpiece can fall out only if you accidentally hook it with your hand. But forgetting a case somewhere, empty or with contents, turns out to be quite simple – the compact case plays a cruel joke here. With AirPods Pro, this problem will clearly occur less often due to the increased size and weight of the case. Once in his pocket, he will not let himself be forgotten.

A lost kit is an offensive situation, you will have to remember where the AirPods went. And technical solutions will not help here. The headset appears in Find Find, but it requires a network connection, and this can only be done using the iPhone. When paired with another smartphone, the AirPods will be reset, which removes their binding to the previous device.

♥ BY TOPIC: How to save a website page in Safari on iPhone (iPad) for reading without the Internet: 5 ways.

Connection problems (sometimes one earbud will not connect) 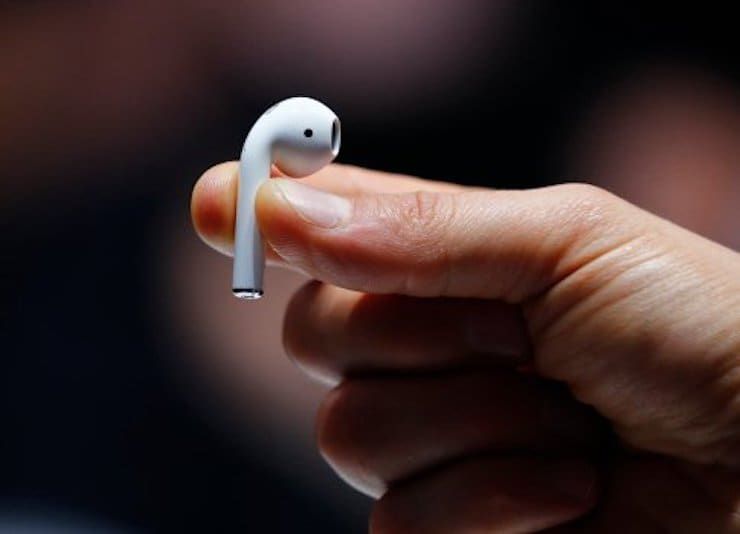 There is another unpleasant moment that sometimes begins to manifest itself after several years of using AirPods – only one earphone is connected to the smartphone. The second, because of this, must be placed back in the case, and then inserted back into the ear. According to user reviews, the right earpiece most often suffers from this behavior for some reason. Neither resetting the headphones, nor re-pairing, nor updating the iOS firmware helps. But there is one tip – when placing AirPods in a case, make sure that the LED blinks once. If not, take out the headphones and put them back in.

♥ BY TOPIC: Why you need to disable iCloud backups for most iPhone and iPad users. 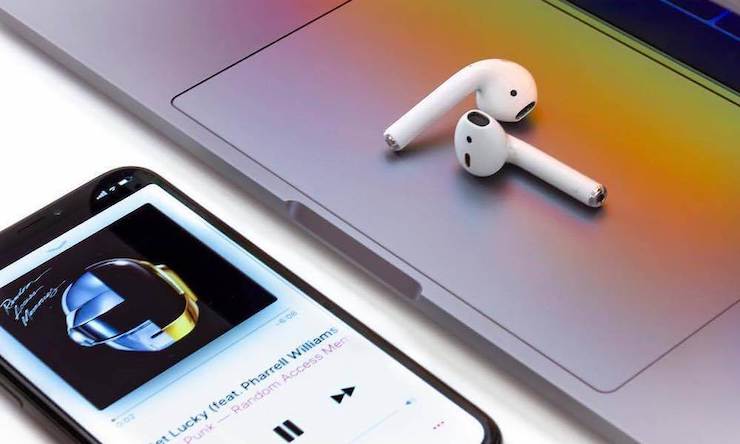 Despite all the problems that accumulate over time, the sound of AirPods remains high quality. There is no difference in sound between a new headset and a used one for 3 years. The volume is reduced slightly, but the light bass and clear vocals are still in place.

♥ BY TOPIC: How to quickly translate sites (web pages) in Safari on iPhone and iPad: 3 ways.

Do not forget about the warranty (headphones can be replaced with new ones)!

Few people think that the problems that have appeared over a couple of years of using AirPods can be solved very simply and effectively – by changing the headphones to new ones. Apple’s warranty is 1 year, and besides, the consumer protection law “throws in” the same period, provided that the headphones were purchased from “officials” (for example, here). As a result, a well-founded complaint about the deterioration of the officially purchased device must be satisfied by replacing it. And this is not a fantasy scenario at all – many users do just that.

♥ BY TOPIC: The File Manager for iPhone and iPad, As It Should Be: Documents Review by Readdle.

How long does AirPods last?

It is safe to say that AirPods more or less retain their properties for about three to four years. Further, due to the loss of battery capacity, problems will begin, even if the sound remains clear. But there is already a replacement and it seems obvious – the new AirPods Pro are devoid of some of the shortcomings of the first model. However, the price drop for the first generation AirPods also makes them a good choice. The proven model will not bring surprises. And there are hardly any analogues on the market, whose properties will obviously not deteriorate in 3 years.