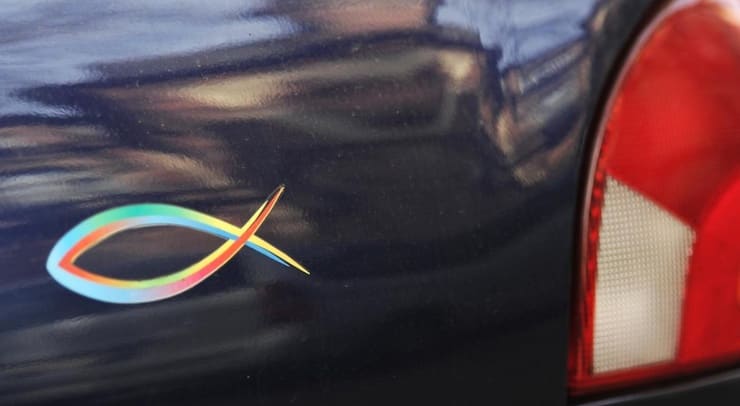 Many car owners try to personalize their vehicle. The easiest way is to apply decals to the case, whether playful or provocative, but bright or informative. And if some pictures or symbols are understandable, others raise questions. For example, a fish badge can often be found on the trunk.

♥ ON TOPIC: Why do you need left-hand traffic and how did people drive in the old days?

It can be either a simple sticker or a stylized nameplate. But what does it mean – a fisherman behind the wheel? It turns out that not even every car owner knows the real meaning of such an element. Meanwhile, it has its own long history.

In fact, such a symbol is religious. In Greek, the word “fish” is spelled as ihtis. This word is traditionally seen as the abbreviation Isus Hristos Teu Ius Soter. The phrase is translated into Russian as “Jesus Christ, God’s Son, Savior.”

The need for such encryption is no coincidence. Once Christianity was banned, and with the help of such a pictogram, like-minded people could recognize each other. One person drew an arc, asking the other to complete the drawing. If additional lines formed the outline of the fish, then there was no doubt about the religious affiliation of each other. So the icon turned out to be a kind of password. But in our time, this symbolism in the main directions of Christianity (Orthodoxy, Catholicism, Protestantism) is no longer used, but various sects are using it with success. 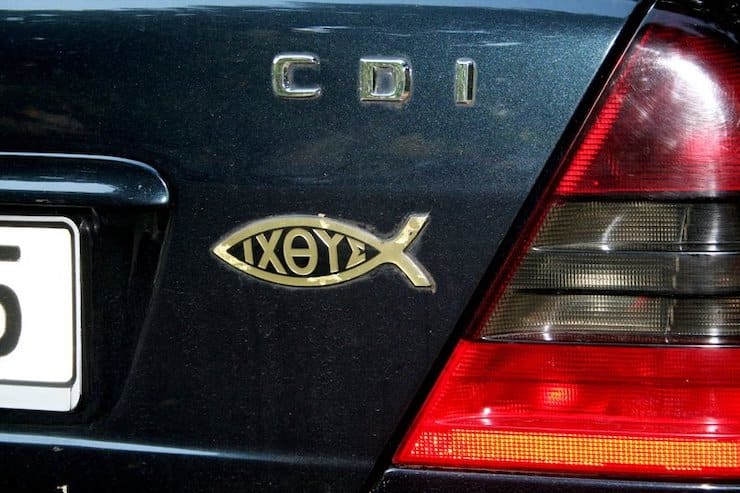 But you should not immediately see in the driver, in whose car there is a silhouette of a fish, a sectarian or a Christian fanatic. Often, such decorations remain on the car from the previous owner. The new owner sees in this only a funny design element, leaving it in the same place. Understanding what lies behind this symbol, you should not rush to conclusions regarding the person associated with it.

And this symbol itself has clearly evolved, either acquiring a deeper meaning, or, on the contrary, eroding it. Some inscriptions appear inside the silhouette, or the emblem is supplemented with other elements. But believers are hardly capable of such blasphemy over the ancient symbol, here it is more appropriate to talk about comic modifications of the symbol, whose true meaning for the majority remains a mystery.