We most often use this word not quite in its original meaning. Speaking of something “utopia” means something unrealizable and unrealistic, which has very little chance of being realized. Usually we are talking about some kind of plans or deeds. But this term itself is much broader, having its own literary and even scientific, social basis. And sometimes the word antonym, “dystopia” is used. Let’s find out the history of these words, and how they appeared in our vocabulary. 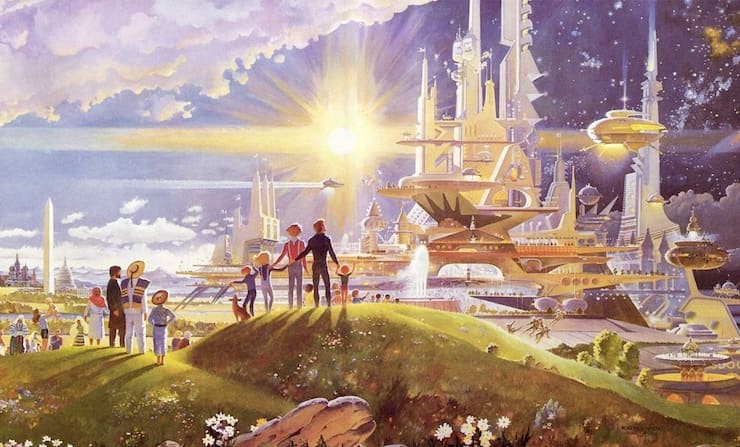 ♥ BY THEME: What is the “status quo” and how is this expression to be used correctly?

Initially, the word “utopia” has a Greek origin, formed from two words, meaning either “a good place” or “a non-existent place.” This word entered the modern language, thanks to the book of the English philosopher Thomas More “A very useful and also entertaining truly golden book about the best state structure and the new island” Utopia “. It was published in 1516. This book itself tried to bring together the humanistic traditions of the Middle Ages, whose roots were based on Latin culture, and ancient, Greek culture. The history of this work is very complex; it has gone through several editions, which corrected the meaning of the book. And Mora himself was represented, now as a Protestant reformer, then as a philosopher, and sometimes as a socialist. And the author freely played with language and meanings, only confusing the reader.

In the first part of “Utopia” Thomas More criticized contemporary society, criticizing despotism, depravity of the upper class, the position of the peasants. And in the second part, the author described his ideal state. It was headed by a monarch, the most difficult work was performed by slaves-criminals. Labor in “Utopia” is obligatory for everyone, and exclusively manual labor. In this ideal country, there is no money, and food is distributed according to needs. Utopia is built on the basis of democracy – all positions here are elective, there is gender equality. According to Moru, religion can be anything, only atheism is prohibited.

Reflections on the form of the state did not appear out of nowhere. Thomas More relied on the works of Plato “The State”, “Critias”, on the travels of the XVI century, for example, Amerigo Vespucci. He was clearly inspired by Chassera’s writings and political ballads. Reflections on the ideal state were later repeated many times. One can recall Tommaso Campanella and his “City of the Sun”, William Morris and “News from Nowhere”, and in Russian literature such ideas came to mind, in particular, to Nikolai Chernyshevsky in his “What is to be done?”

Closer to our time, in the 19th and 20th centuries, the literary-social term acquired a certain negative and negative connotation. So began to call the treatises that proposed to radically change the existing form of social relations. The word “utopia” began to mean a complete rejection of the existing system and its replacement with a new one that seemed ideal to the author. Nevertheless, this criticism itself, even if expressed in such features, was important. After all, many of the principles of modern democracy and morality appeared precisely in utopias. And the person got the opportunity to reflect on ways to build a better society and the consequences of certain scenarios.

The word “utopia” has taken root in everyday speech, meaning a state of affairs that suits everyone… But in reality it is hardly possible. It is in utopia that universal rights and equality, complete peace, the triumph of justice, and brotherhood come to the fore. 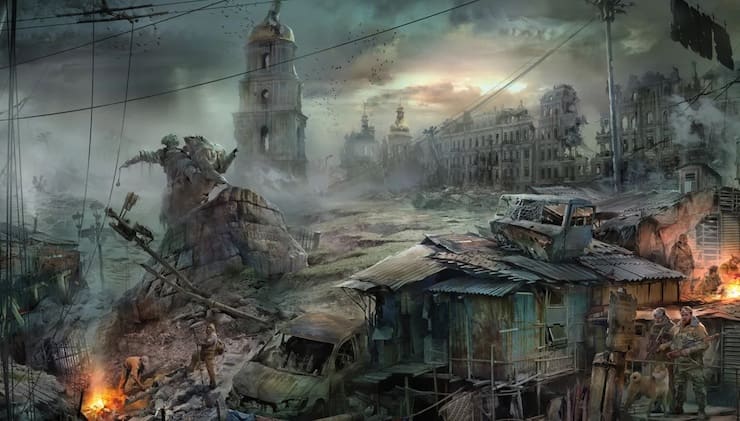 The word “dystopia”, as it follows from the particle “anti” – is the opposite of the ideal world. And it has a literary basis. This is the name of a work in which all social ties of society break down, a crisis of ideas and a decline in technology sets in, the destruction of former ideals. For the first time the word “dystopist” appeared rather late – in 1868, the term was used by the English philosopher John Stuart Mill. And “dystopia” as a literary genre appeared even later – in the work of Glenn Negley and Max Patrick “In Search of Utopia” in 1952.

See also  A simple motivational phrase that you need to start every day.

A distinctive feature of dystopia is attempts to consider options for the development of society in the direction of strengthening negative social trends.

If utopia describes an ideal prosperous state, then dystopia is the very society we fear to emerge, with constant moral choices.

The most famous dystopias: “Fahrenheit 451” by Ray Bradbury, “1984” and “Animal Farm” by George Orwell. In Russian literature, Andrei Platonov with “The Foundation Pit”, Evgeny Zamyatin with “We”, Valery Bryusov with “Earth” were noted in this genre.

Dystopias are also important, they provide a critical look at modern society and highlight disturbing trends in development. We are shown a world in which man only has to survive and dream of the revival of former ideals. We can talk about a totalitarian state in which universal contentment is achieved by powerful propaganda. But the reader understands the true background of what is happening. Dystopia is legalized slavery and the triumph of the state over the individual; in this state of affairs, most citizens suffer.