Tim Cook sure augmented reality is the future. He said this during a working visit to Ireland in late January. In the same place, he revealed blueprints for strategic cooperation with ardent adepts from Dublin – the company War Ducks.

This Apple CEO almost eliminated our doubts about the imminent release of new gadgets related to augmented reality – for example, AR-glasses. But what else can the company show in 2020? Now let’s figure it out.

Apple discontinued the original iPhone SE back in 2018. Even then it became clear that a 4-inch screen for modern realities is no longer enough. The smartphone has become a universal means of consumption content, and for this you need a large diagonal.

However, a small inexpensive gadget was extremely popular, and especially in developing countries. It was chosen because of its low cost and compact form factor. Such bestseller obviously needs a replacement, and it will be her iPhone 9.

There is less and less doubt that Apple will release a new relatively inexpensive smartphone in the first half of 2020. In early January, even OnLeaks iPhone 9 renders appeared on the network, but this insider makes mistakes not so often. The successor to the ideas of the iPhone SE will be very similar to the iPhone 8. It will get the same design and almost the same dimensions – that’s just a half a millimeter thicker. Under the hood chip A13, and the price will be at the level 25 thousand rubles 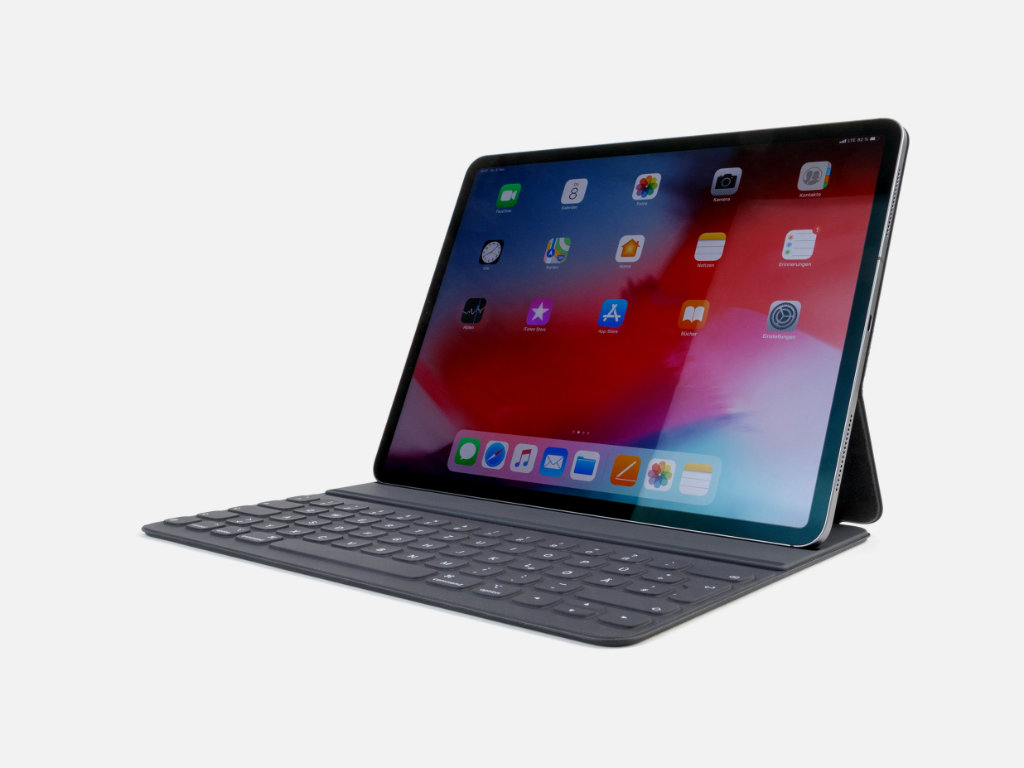 In 2019, we did not wait for the new iPad Pro. Last year, Apple released an iPad, iPad Air, and even an updated iPad mini, but Tim Cook and company didn’t get any hands on conditionally professional models.

Has Apple really scored on the iPad Pro lineup, which it rethought in 2018? That is unlikely. Most likely, the company completes the small details of new products, which are very likely to see the light in the first half of the year.

Nevertheless, it is definitely not worth waiting for something fundamentally new from them. They should become faster, higher, stronger, and, preferably, more durable. Already this will be enough.

3. A completely new affordable gadget in the TV category Since the end of last year, Apple has been aggressively promoting its new сервисTV + television service. She provided a free subscription to it to all students who use her branded streaming music, and also gave one year of free use to all customers of her new gadgets.

According to Ampere Analysis, TV + has already surpassed Hulu and Disney + in popularity. The number of subscribers to the service has reached 33.6 million, and this figure continues to grow.

Obviously Apple will continue to rock the service. A significant step will be its appearance on third-party televisions – so it can be used without the TV prefix. But the company is unlikely to stop there.

There are rumors on the network that Apple will launch an affordable simplified analogue of its proprietary television set-top box, which will make it possible to watch TV + anywhere. This has been talked about since 2018.

By the way: In tvOS 13.4 found mention of the new powerful Apple TV Chief rumored about Apple, analyst Min-Chi Ko, is confident that the company will release branded full-size headphones. They will not become an analogue of Beats Studio3 or Beats Solo Pro, but will continue the style of AirPods Pro.

An insider promised that the gadget will be released before the end of 2019, but Apple clearly postponed it for this year.

5. A new column in the HomePod segment and analogues from Beats There are no plausible rumors about the continuation of HomePod. But amid the active development of the Apple and Beats headphone segment, inactivity in the speaker category looks strange.

There is a feeling that Apple is working on a new column – something like the first AirPods – reference that will become the base for a whole line of speakers under the Beats brand.

Such a speaker should have an H1 chip, which Apple uses in all TWS headphones. It should facilitate switching between company gadgets, increase the signal transmission distance and battery life. It will be a hit.

6. AirTag: a special tracker for the Locator program AirTag – a tag or tracker that repeatedly pops up in various insiders and rumors. This is a company mark that should be displayed in Latitude – it can be hung on keys or thrown into a bag. We hope it will be released in 2020. At the end of 2019, Apple launched the new 16-inch MacBook Pro. One of its main features was the keyboard, which uses a scissor mechanism, – An almost exact analogue of the current Magic Keyboard.

Obviously, the same fate befell the line of Air and compact Pro. We are waiting for this year, complete with a pumped set of technical specifications. In 2019, there will be no updates for Mac mini. We hope that Apple will not forget about it, as it did before. The solution is not bad and many frankly like it. Many are skeptical about an Apple laptop based on its own processor with ARM architecture. Nevertheless, the company has not in vain suspended the release of the sought-after 12-inch MacBooks – most likely, the experiment can happen just on their basis.

Such a solution may have difficulties in the matter of transferring software. Nevertheless, the transition to ARM in a laptop of this form factor will give it an incredible battery life, which is still very lacking even in the MacBook Air 2019. It was about AR Glasses that we spoke at the beginning of this material, when we mentioned augmented reality – the future of Apple. A couple of years have already been spoken about their exit.

It would be nice for the glasses to show at WWDC 2020 in early summer. They are, first of all, important for developers who will cut software for them. That’s just there are doubts about technology readiness. Is it too early for real AR glasses ?!

11. The line of flagship iPhone 12 with support for 5G networks The concept of the new iPhone from Ben Heskin

Interestingly, the company’s top smartphones can also acquire a special sensor for controlling the depth of field, which will significantly improve the quality of already excellent portrait shots.

All devices will run on the new Apple A14 processor. It must be created based on 5nm architecture. This will give him unprecedented speed and energy efficiency.

The line of premium iPhone 12 can also replenish with blue, which will replace green. It is the first in the trend in 2020. There is no information about specific features of iOS 14 yet, but they say that it will be released on all Apple smartphones that worked on iOS 13, even on iPhone SE and iPhone 6s.

It would be nice if the new version of the operating system became a work on the bugs that were missing in the current one. And opportunities today with a head. iPadOS 14 is likely to lose support for tablets based on the Apple A8 and Apple A8x processors – we are talking about the iPad mini 4 and iPad Air 2. It will work for the rest.

But it’s difficult to say something about the new features of this iOS branch. IPadOS already has a head of useful chips for every taste. Obviously Apple will continue simplify the mobile software transfer scheme from iOS and iPadOS to macOS, and the new version of the latter will be the next step in the development of this feature. This is also necessary for working with ARM.

The rest of the system wants more stability in the first versions – macOS 10.15 Catalina could not boast of this.

15. tvOS 14 and watchOS 7 for set-top boxes and smart watches Prefixes will definitely get even more screensavers and small interface fixes. The current Apple TV 4K works great, and it lacks only Russian support in Siri.

But the watches are definitely not interfered with by new dials. Apple has still not allowed them to be done by third-party developers, and all available in watchOS 6 are already tired. We are serious now.

New versions of all Apple operating systems will present at WWDC 2020 at the beginning of summer. But they will go to the masses only after the release in September. There are rumors on the network about the complete rejection of wired interfaces on the iPhone in 2021. For such a gadget you need a proprietary wireless charging, about which the network immediately began to talk.

If you imagine something like this, then this year there will be enough time left to bring to mind. The main thing is that it does not work out, as with AirPower.

17. Apple Car: hardly a car, but definitely for cars There are prerequisites that Apple will begin to aggressively promote its software for cars. She does not plan to create her own wheelbarrows yet, but it is time to move the new software for her ecosystem to the masses.

Instead of conclusions: what we expect most from Apple

2020 can be really very bright for Apple. However, her plans could be disrupted by the coronavirus epidemic, which is moving in China. If it doesn’t turn out to be stopped in the near future, the manufacturer will have to postpone all the new products indefinitely – this, perhaps, does not apply to software.

If you put aside the fear about this, we most of all expect from Apple exactly the new classes of devices. Smart watches and headphones already played enough, I want speakers and glasses.