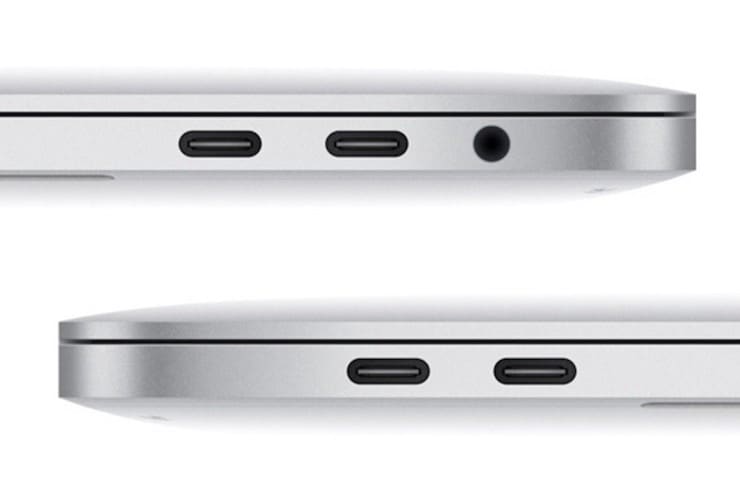 For the uninitiated, both USB-C and Thunderbolt 3 are one and the same because both there and there there is a two-way connector, i.e. you can’t go wrong when connecting the cable. But there is still a difference between them.

♥ BY TOPIC: Unclutter for Mac Review: The best clipboard with file and note storage.

Thunderbolt is a very remarkable hardware interface in the IT world. It allows you to connect peripheral devices to your computer. And the distinctive speed is the high data transfer rate – up to 40 Gb / s in the third version of the interface. For comparison, according to the specification, USB 3.0 only provides a maximum speed of up to 5 Gb / s. Apple was at the origin of this interface, and today it is actively used in its technology, like no other manufacturer. When describing branded computers, we often see the mention of Thunderbolt, but very few people know what it is and how it works.

The interface itself was developed back in the 2000s in active cooperation between Intel and Apple. The technology was originally designed to work with optical cables and was called Light Peak. But it turned out that even a simple, inexpensive copper connection can provide a given speed. Moreover, the copper cable could carry power – in the latest standard, up to 100 watts per port. The technology was introduced by Intel in 2009 – a 30-meter optical cable was used to transmit two high-definition video streams. And the first commercial device with this interface was the MacBook Pro, announced in early 2011. The market for Thunderbolt-enabled peripherals has gradually emerged. In 2013, its second version was introduced, but Thunderbolt 3 is already used in current Apple devices.

It is important to know that Thunderbolt is built around PCI Express (PCIe) and DisplayPort. This is why Thunderbolt 3 cables and accessories are incompatible with “clean” USB-C ports (more precisely, with most of them, we will discuss this in more detail below). 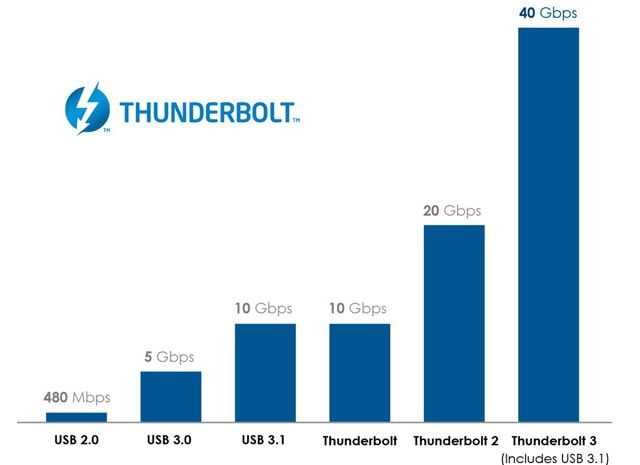 In other words, Thunderbolt 3 has additional hardware compared to the more mainstream and, accordingly, simpler USB-C. It is important to know that USB-C accessories and cables are Thunderbolt 3-compatible. 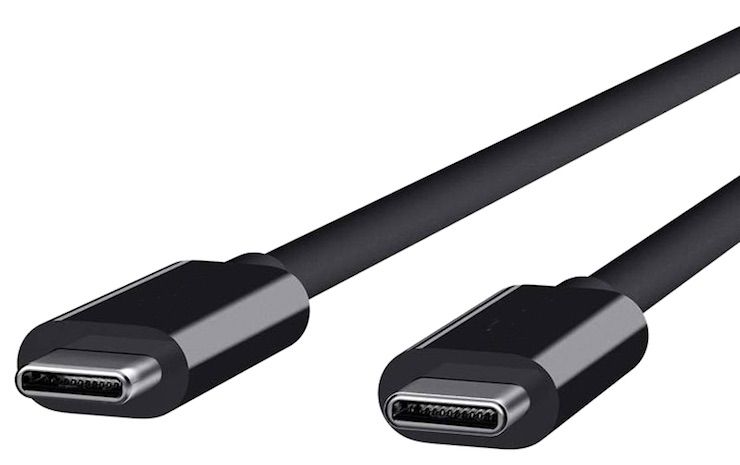 However, there is one nice “but” here … Yes, you cannot use most Thunderbolt 3 devices with a USB-C port. But the opposite is true – you can connect a USB-C device to Thunderbolt 3, tk. Thunderbolt 3 fully supports USB-C. That is, for example, if you connect a USB-C hard drive to your MacBook Pro, everything will work flawlessly. In other words, this issue is irrelevant for Mac owners – all peripherals with USB-C are compatible. 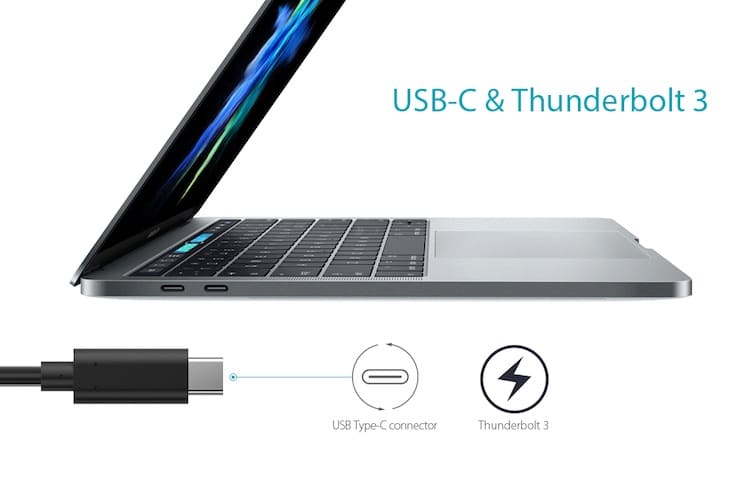 And here’s another thing – at the beginning of 2018, things got more complicated (but also more enjoyable). The fact is that Intel has introduced a new controller for Thunderbolt 3 called Titan Ridge. It retains Thunderbolt 3 bandwidth (40 Gbps), and compatible accessories have reverse USB-C support. This means Titan Ridge Thunderbolt 3 accessories will work when plugged into the USB-C port. Yes, the speed will not be the same – but it’s better than nothing. Another thing is that no one really advertises this function, so before buying this or that accessory, you will have to study the materiel.

Thunderbolt 3 is without doubt the most powerful and versatile port on the market today. Compared to the previous version of the interface, the transmission speed has doubled. Thunderbolt 3 allows you to very quickly connect docks, monitors, laptops and other accessories together.

Another advantage of Thunderbolt 3 over USB-C is its serial connectivity. This connector can connect up to 6 peripheral devices (for example, monitors or external drives), connecting them to each other using cables. All daisy-chained devices will be available to run on your Mac. USB-C doesn’t have this option.

High bandwidth allows you to connect four 4K monitors or two 6K monitors to your Mac at once. Needless to say, it is precisely Thunderbolt’s capabilities that allow such professional solutions to be implemented. It will undoubtedly be appreciated by professionals who process photos and videos. And the MacBook Pro 16 even has two of these controllers. And through Thunderbolt 3, you can directly connect monitors with a DisplayPort port, and an adapter is required for HDMI / VGA connectors.

The transfer rate is so fast that it takes less than a minute to copy 14 hours of HD video. It will take the same amount of time to transfer 10 thousand music tracks or 25 thousand photos.

One compact connector can not only transfer video and data, but also charge devices. The modern implementation uses the USB-C interface, which is very user-friendly. Energy can be transmitted through it in two directions. That is, both the connected device and the one connected to it can be recharged. In total, Thunderbolt 3 supports up to 100W of power, which makes it possible to connect multiple powerful devices through one cable and simultaneously recharge them.

The use of the USB-C interface makes Thunderbolt 3 a truly versatile solution. Now you can connect almost any device to the port using a single cable, but devices with Thunderbolt 2 require an adapter. It is now much easier to connect Apple Thunderbolt 3 devices and iOS / iPadOS devices together. The USB-C port is perfect for connecting a variety of modern accessories and external drives. Adapters and adapters are still needed to connect to legacy interfaces, but the compatibility between them has been preserved.