Universal Control is the feature that has been talked about a lot and has been a long time coming. Although Apple promised to release it back in the fall of 2021, this did not happen – it needed some work. Finally, the feature is in working order in beta versions of macOS 12.3 as well as iPadOS 15.4. The first impressions of users are extremely positive. Universal control looks like it will once again reward Apple users with the “wow!” effect that other manufacturers are trying so hard to create. 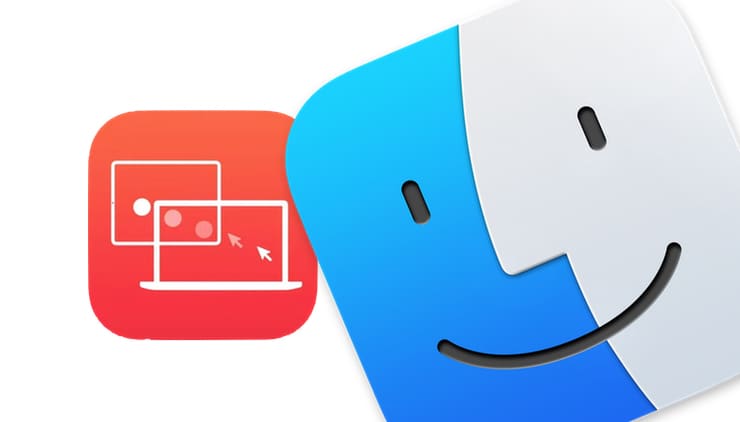 ♥ BY TOPIC: Hidden files on Mac: how to hide files and folders in macOS from outsiders: 3 ways.

What is Universal Management? 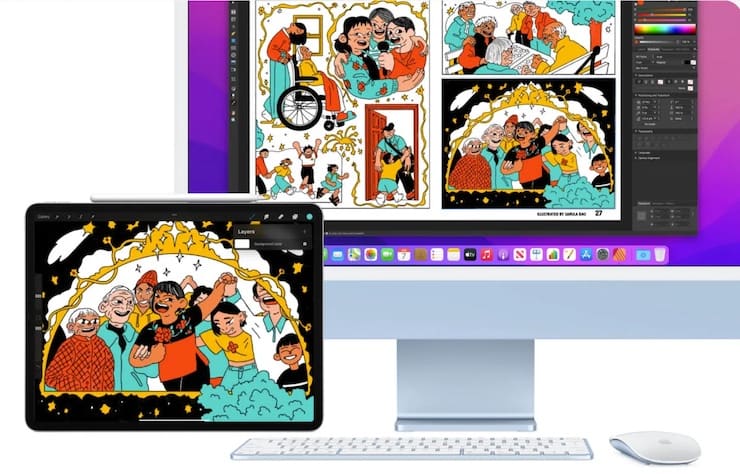 Of course, the very name of this function sounds too vague to accurately understand its meaning. With Universal Management, Apple is trying to increase synergy between all of its devices. That is, keyboards, mice and touchpads will be able to work in conjunction with all representatives of the ecosystem, as is the case with AirPods. You don’t have to press anything to switch.

Using Accessibility, a keyboard, trackpad, or mouse connected to your Mac can be used with other nearby iPads or Macs.

You can simply move the cursor to the screen of a neighboring device with the mouse and continue working with it. No reconnections, menus or wires are needed, as well as unnecessary movements or rearrangements of equipment.

Apple already had a Handoff feature to transfer an open application from one device to another. But the possibilities of Universal Control are much wider! For example, you can automatically unlock your Mac with your Apple Watch, scan documents with your iPhone camera directly into a Mac app, and your iPad can act as an additional display for your Mac.

You can transfer any files, parts of text and just data between devices – you just need to hook them with the cursor and move them to the screen of another computer. The usual keyboard shortcuts, for example, ⌘Command + C, also work.

Even more surprising is that not only Apple branded accessories are supported, but also any other mice, keyboards and accessories, both wired and external. This applies to touchpads, the Magic Keyboard docking case, and even gamepads. Everything works simply and without any delays in both directions, it really looks like some kind of magic.

♥ BY TOPIC: Notification Center in macOS. How to call, configure and optimize.

Apple has unveiled a list of its computers that will work with Universal Control:

And here are which iPads support this feature:

♥ BY TOPIC: How to customize Control Center on macOS.

Why is Universal Management necessary?

Any user who has more than one Mac, but several, or an iPad in addition to a Mac, has thought about the possibility of seamless work between devices. This is exactly what Universal Control provides. For example, if you have several Macbooks, you can arrange them next to each other and not stretch from one to another. It will be useful to pair the iMac with its huge monitor and iPad. On one tablet, you can place a window with a movie or a video god, on the other – mail or instant messenger, while working on a computer, while interacting with additional screens without taking your hands off the main accessories. You can simply move the cursor to the desired location.

Universal management can increase the mobility of multi-monitor workstations. After all, now you can use your iPad with keyboard case and MacBook and deploy a multi-screen desktop anywhere without additional devices and cables. It is to be expected that in the near future, professionals in various fields will find new scenarios for this amazingly useful Apple feature.

♥ BY TOPIC: Continuity Camera, or how to take photos on a Mac using the iPhone camera.

How to use Universal Control on Mac?

As we said, Universal Management will be automatically enabled on your devices with macOS 12.3, as well as iPadOS 15.4 and newer software versions. Both devices must also be signed in to the same Apple ID with two-factor authentication enabled. Each device must have Bluetooth, Wi-Fi and Handoff turned on, and be within 10 meters of each other. If you want to use the wired version of Universal Control, you can connect the devices to each other via USB, but you need to enable trust your Mac on your iPad.

Once you meet all these conditions, just place two devices side by side, open the application on your Mac System settings and go to section Monitors. 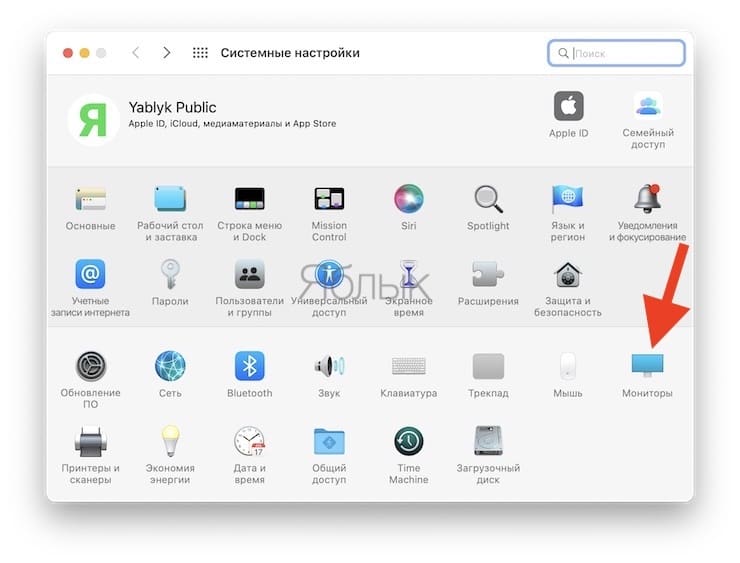 Click the Add Monitor dropdown and select the device you want to “talk” to your Mac using Universal Control. 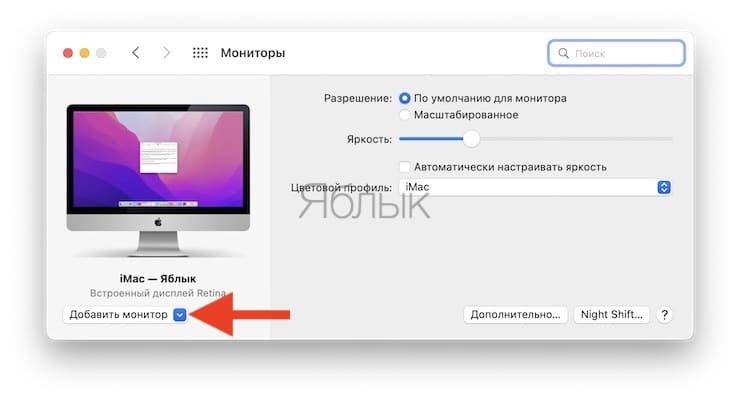 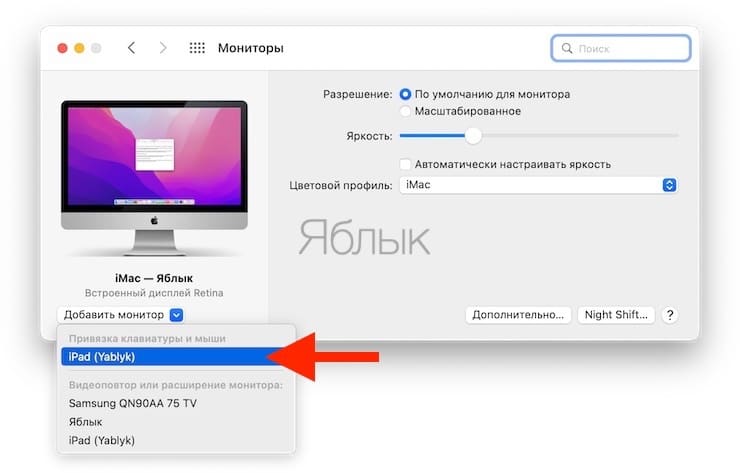 After that, a visual representation of the workspace will appear on the Mac screen. Drag the secondary screen to the side where it is physically located.

When you press a button Monitor settings… You can change various settings for each display. 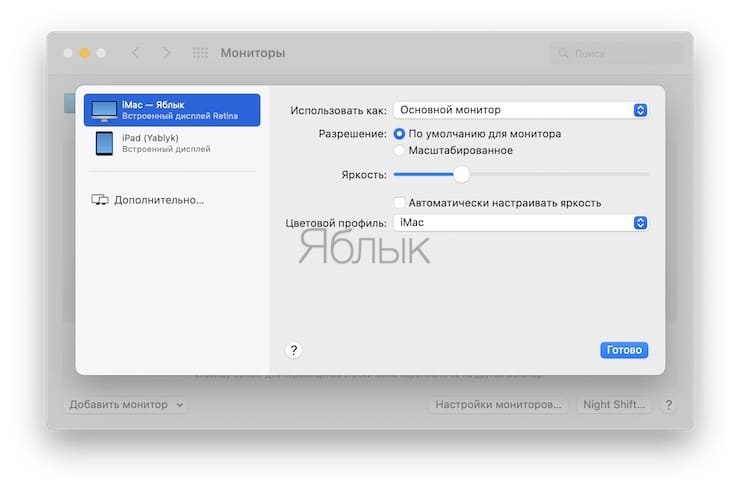 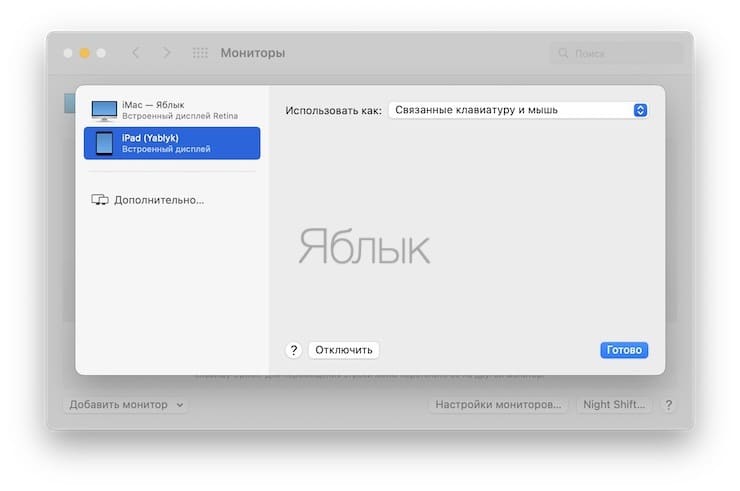 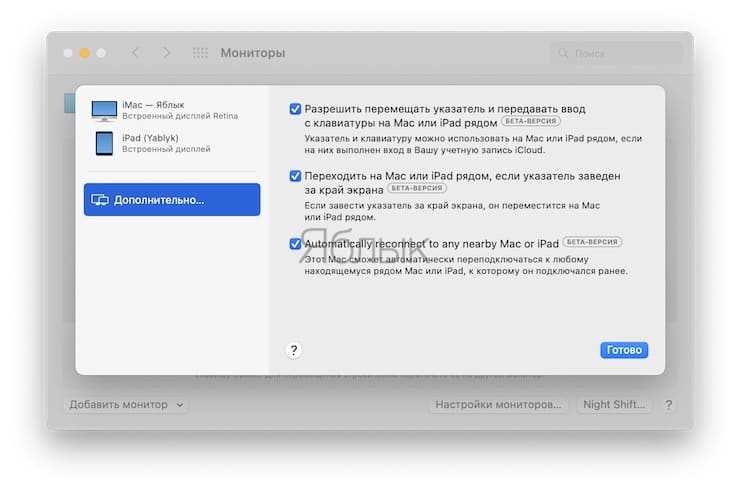 Now simply “push” the mouse over the edge of the screen towards the secondary device.

A gray bar will appear on the side of the computer screen, corresponding to the screen size of your second device. The same will happen on his screen. As the mouse cursor moves beyond the screen of the first device, the same gray stripe will appear on the common edge of both devices. On the secondary device, on the side, there will also be an icon corresponding to the main device.

Whenever the devices are again close to each other, Universal Control will be active, of course, if the corresponding item is activated in the Mac settings along the way: System settings → Monitors and press “Additionally” to open Universal Control settings. If the device is already connected, you need to go to Monitors → Monitor settings… → Advanced .

The first setting is responsible for turning universal control on or off. The second option allows you to pass through the border between screens to initialize the Universal Control. The third option is responsible for automatic reconnection.

See also  Startup on Mac, or how to add (remove) programs to start when loading macOS

On the iPad, you can open the menu Main → AirPlay and Handoff.

By sharing the cursor or keyboard, all functions become shared. You can use multi-touch gestures, type freely, and more. You can also drag and drop files between devices. But if you’re dragging a file onto an iPad, the corresponding app should already be open there.

For example, when dragging an image, you must have a text document or “Photo” open. You can’t just drag and drop a photo onto the iPad home screen.

The ease of setup and use of Universal Control is impressive. There are no complicated settings to be aware of. Just bring the devices close to each other and your keyboard and trackpad will automatically become shared. The accessories are as responsive as if they were connected directly.