Until recently, USB sticks seemed to be indispensable helpers. With this tool, it was easy to transfer large amounts of information. However, this product, oddly enough, quickly became outdated. 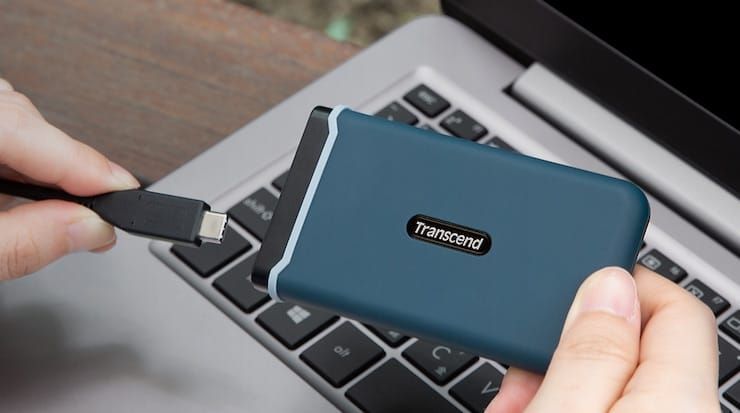 Each of us has almost a dozen flash drives lying around at home. The volume of information is growing – films of tens of gigabytes are no longer surprising. Along with this, a high data transfer rate is also required – waiting for a slow media to fill is already tiresome. Such realities opened the way to the market for a new type of drives – external SSD-drives. They provide both the required volume and the speed of copying / reading. We will consider one of such devices, Transcend ESD350C. 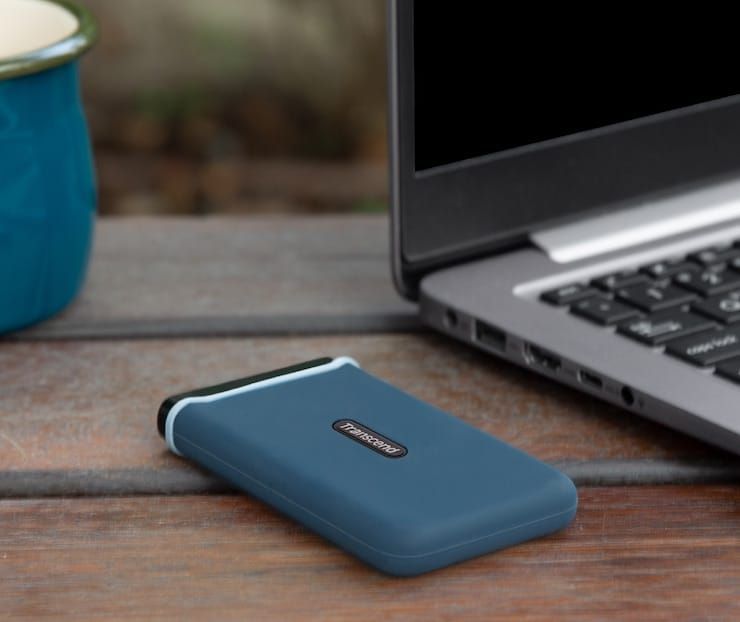 Transcend is considered the pioneer of the external SSD market, having started to release them even before such a product became mainstream. The ESD350C uses the best practices, from the choice of the internal storage format to the case. This allowed us to create a compact, productive device. The line offers three sizes: 240, 480 and 960 GB. This is the optimal set, because a smaller drive loses its meaning, and large volumes will lead to a sharp rise in the cost of the device. Transcend ESD350C is a balanced, reliable solution for storing and transporting heavy HD video and other high-volume content. 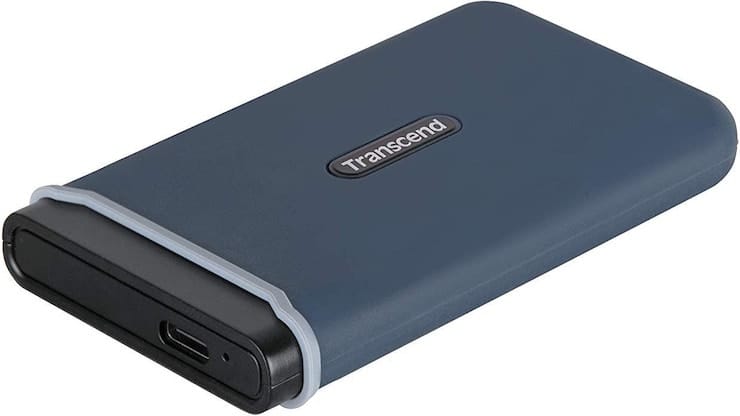 Transcend traditionally prefers to choose a strict design for its drives, not being afraid to repeat elements of other models. ESD350C resembles an external StoreJet 25M3S drive, reduced several times and lacking a backup button. 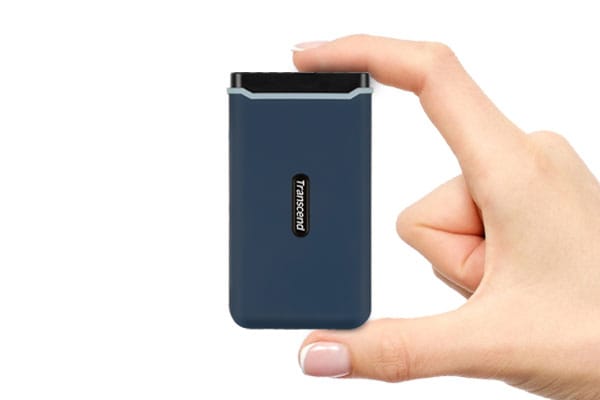 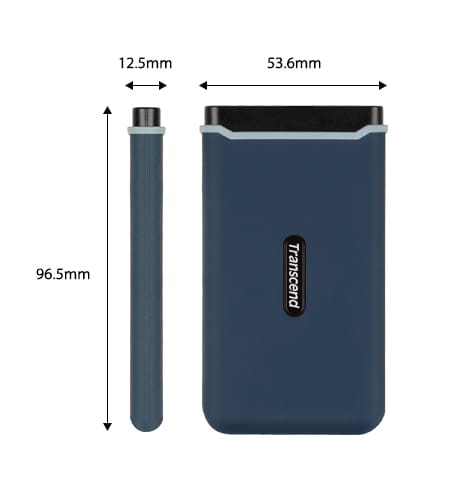 The drive received a multilayer oblong rectangular case with a logo on the front side. The main aluminum part is designed to improve cooling of the disk itself and its bridge. A blue silicone case is stretched over it, which, in theory, can mitigate the consequences of a fall of the device. Such protection allows the device to sit more pleasantly in the hand without feeling its heating. And the appearance of ESD350C becomes more presentable than that of a simple iron box.

On the side of the device, there is a USB Type-C port and an LED for indicating operation. 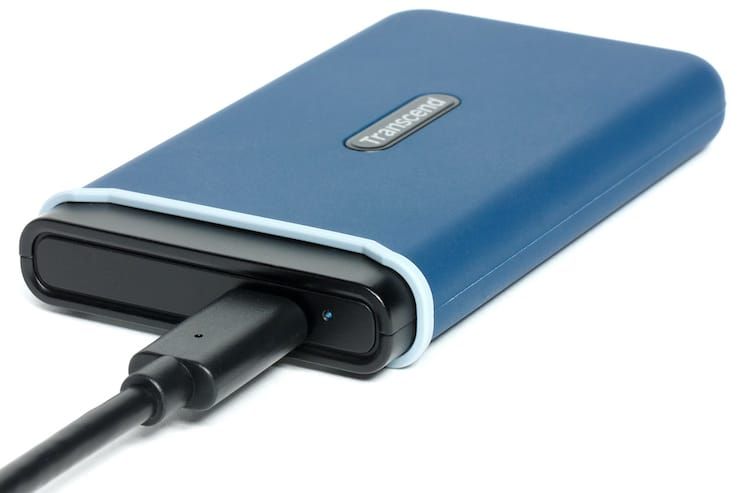 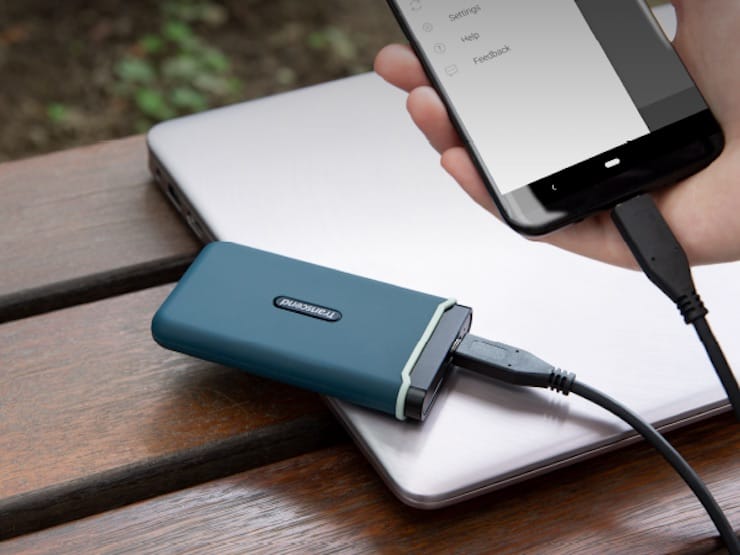 Thanks to the USB Type-C port, Transcend ESD350C is perfect for most modern devices: computers, laptops, mobile devices (subject to OTG support) and even game consoles. The device can act as a tool for transferring large amounts of data, and as a high-speed storage for backups. Having a Transcend ESD350C on hand, it is no longer necessary to overpay for devices with a large amount of internal memory, because this external drive itself is quite fast.

Transcend ESD350C transmits data via a modern USB 3.1 gen2 interface, which makes it stand out from much slower SSD drives. It’s no secret that most of them still adhere to the USB 2.0 standard. The device we are considering has a new standard for SSD storage – NVMe. This allows you to fully load the USB 3.1 gen2 interface with work and achieve real read / write speeds of 900 MB / s. And competitors based on conventional SATA SSDs will hit their 600 MB / s interface ceiling. Selective readings on the Transcend ESD350C are ten times that of a conventional hard drive, making it an excellent choice for gaming. During testing, our drive really shows excellent results, almost the maximum for its NVMe-USB bundle. For example, it only takes 30 seconds to copy a 20 GB file!

See also  DISCOUNT ($ 459 → $ 99) Samorost 3 Review: A colorful puzzle adventure game for iPhone, iPad and Mac from the creators of Machinarium 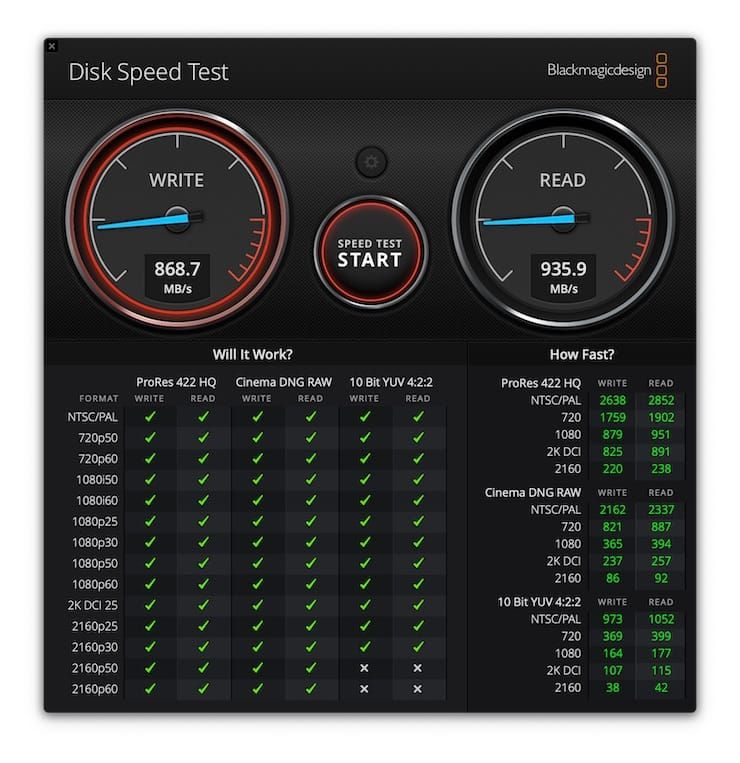 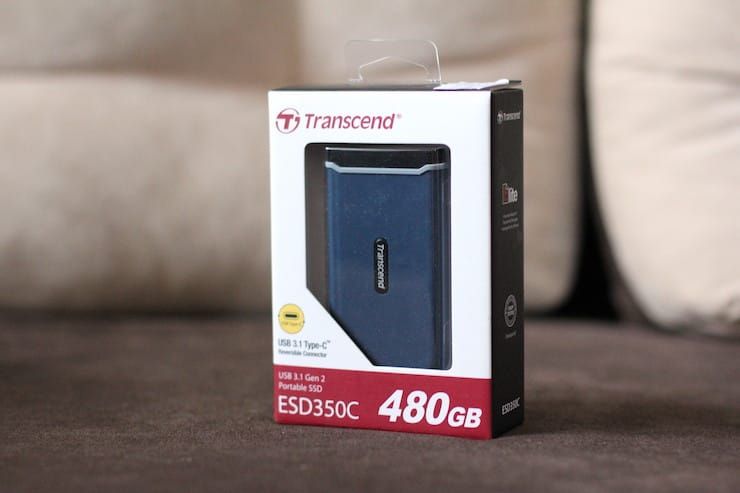 It is difficult to think of how to diversify the set of such a device. The box comes with two USB Type-C male-to-male data cables and a USB Type-C to USB Type-A cable. Both of them support the USB 3.1 gen2 standard. It is better to use these cables, as they will definitely provide the maximum speed of the Transcend ESD350C. There are also several product brochures available here. 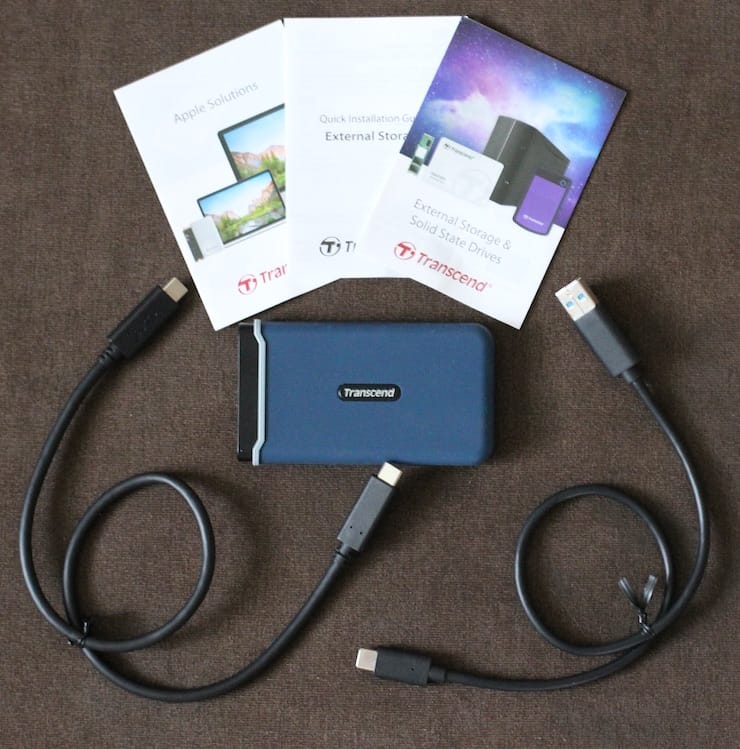 Transcend has developed an entire software package called Transcend Elite specifically to work with its devices. You can install a branded application on different operating systems. It knows how to work with backups, set up data encryption, lock the drive itself, and set up backups to the cloud.