This amazing story happened in Peru. There, on May 14, 1939, a child was born in one of the capital’s maternity hospitals. And what is unusual in this fact is the personality of the mother. Lina Vanessa Medina, (Spanish Lina Vanessa Medina Vasquez) who at that time was only 5 years and 7 months old, became a woman in labor. The girl went down in medical history as the youngest mother. There could not have been any rapid growing up – the record holder herself still attended kindergarten. 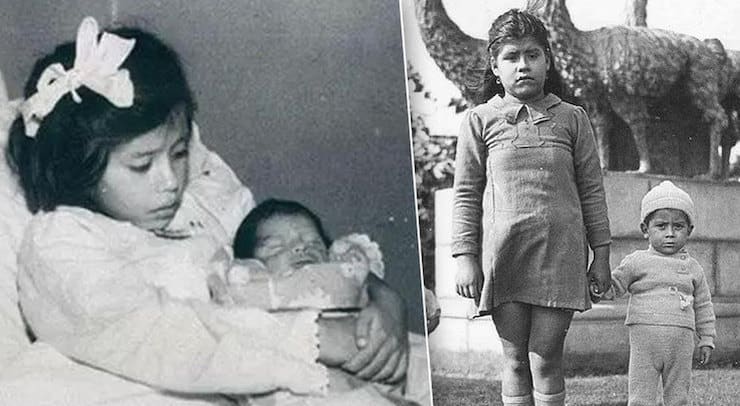 ♥ ON TOPIC: Ossuary in Sedlec – a church with an interior of 60,000 human skeletons.

The exact date of birth of Lina Medina remains unknown – it is either September 23 or 27, 1933. It is not even known where she was born; most likely, it was one of the towns of the Huancavelica region. The girl’s father was a jeweler, the family was complete and nothing boded the unexpected.

When Lina Medina was 5 years old, her belly began to grow, which her parents paid attention to. The child was immediately taken to the hospital. At first, a disappointing diagnosis was made – a tumor. However, doctors soon came to the conclusion that the girl was in fact seven months pregnant! 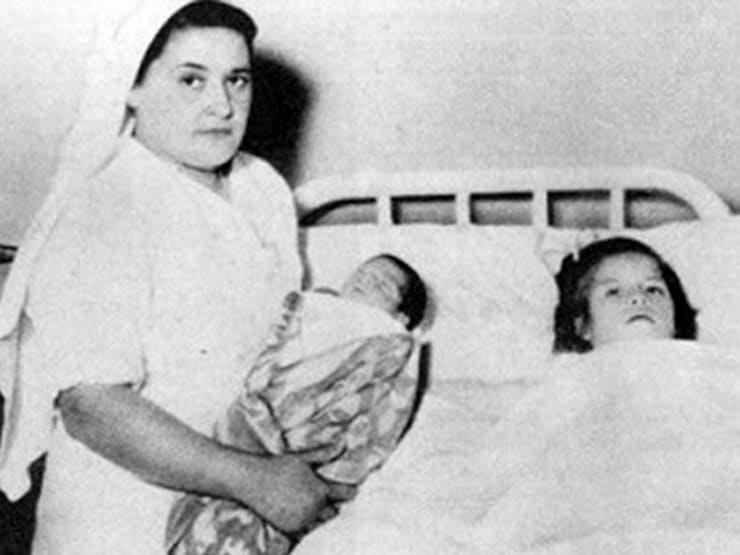 An amazing case could not be ignored by science. Lina’s doctor, Gerardo Losada, took her to a clinic in the capital to refute or confirm the diagnosis. Professionals did all the necessary tests and confirmed the fact of pregnancy, ascertaining early puberty. This story excited the public. One of the film companies even offered $ 5,000 for the right to make a film about a young mother, but the relatives refused.

The girl stayed in the Lima hospital for a month and a half. When it was time to give birth, she had a caesarean section. Lina Medina herself could not physically give birth due to the undeveloped pelvic bones. On May 14, 1939, a boy was born. He weighed 2.7 kg and was completely healthy. The child was named Gerardo, in honor of the doctor who took care of the woman in childbirth. 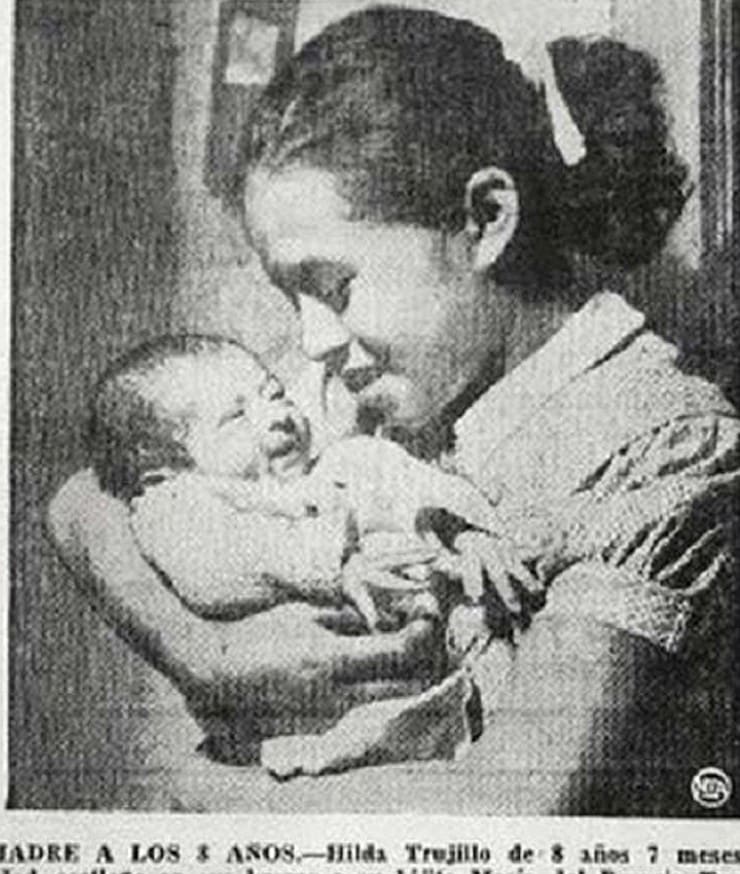 ♥ ON TOPIC: The shortest song: how long and who is performing.

Early maturation of the girl’s body

This case, of course, aroused the serious interest of doctors. Even during the operation, Lina Medina was found to have fully formed genitals. At the same time, a biopsy was taken from one of the ovaries. In the medical journal La Presse Medicale, the Peruvian scientist Edmundo Esomel, on May 31, 1939, shared his thoughts on what happened. 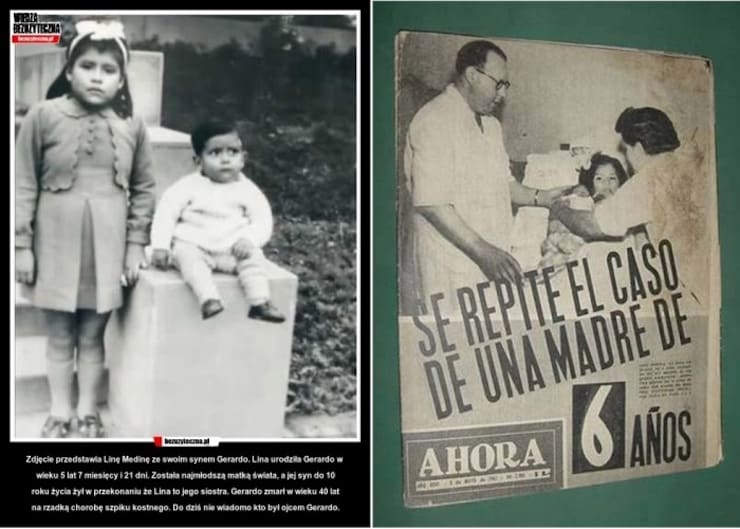 Biopsy results and tissue micrographs were presented. According to reports, Lina Medina’s first menstrual period came at 8 months, by age 4, her breasts were fully developed, and by age 5, her pelvis began to expand characteristically. 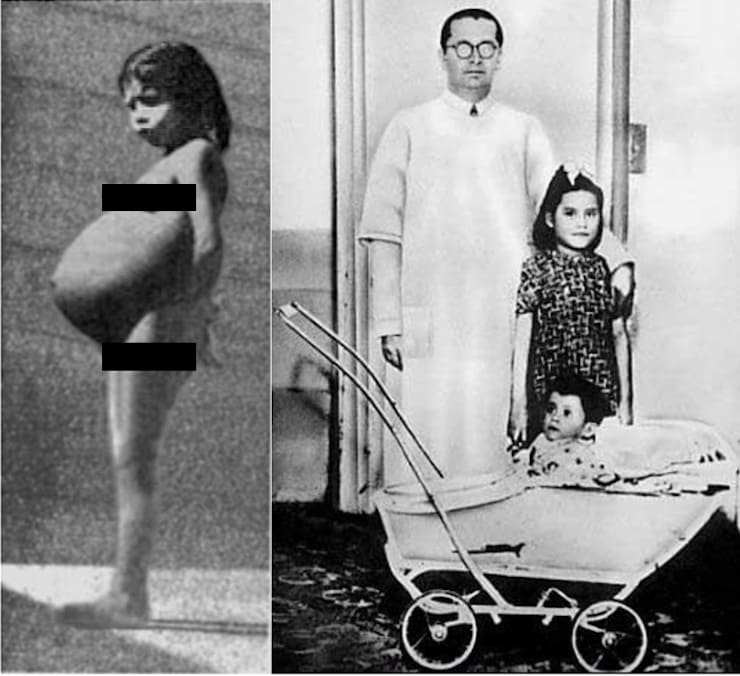 Doctors believed that the reason for this early maturation was a rare genetic disease, McCune-Albright syndrome. The attending physician confirmed that Lina Medina had characteristic signs of the disease: changes in the bones and brown pigmentation of significant areas of the skin.

Who was the father? 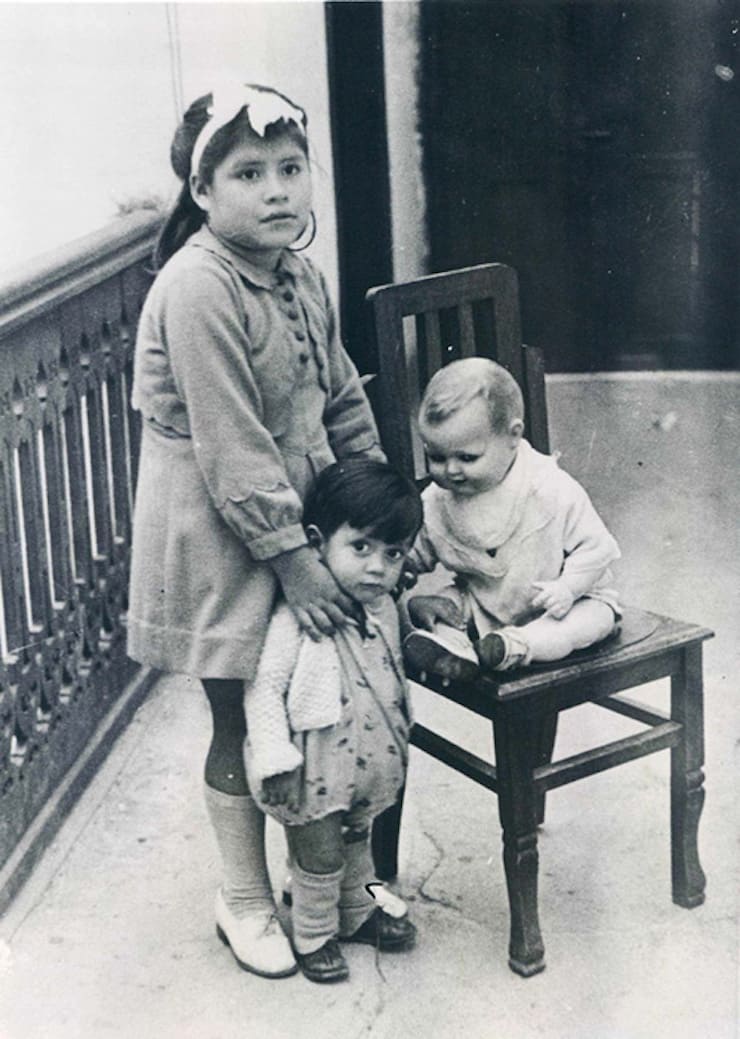 But this secret has not remained uncovered. Naturally, the story of the conception of an underage girl would certainly raise questions at least from the police. The first suspect was Medina’s father. He was immediately arrested, but no evidence was found in favor of the charges. Lina herself also refused to name the father of her child, keeping this secret until her death.

The fate of Lina and her son 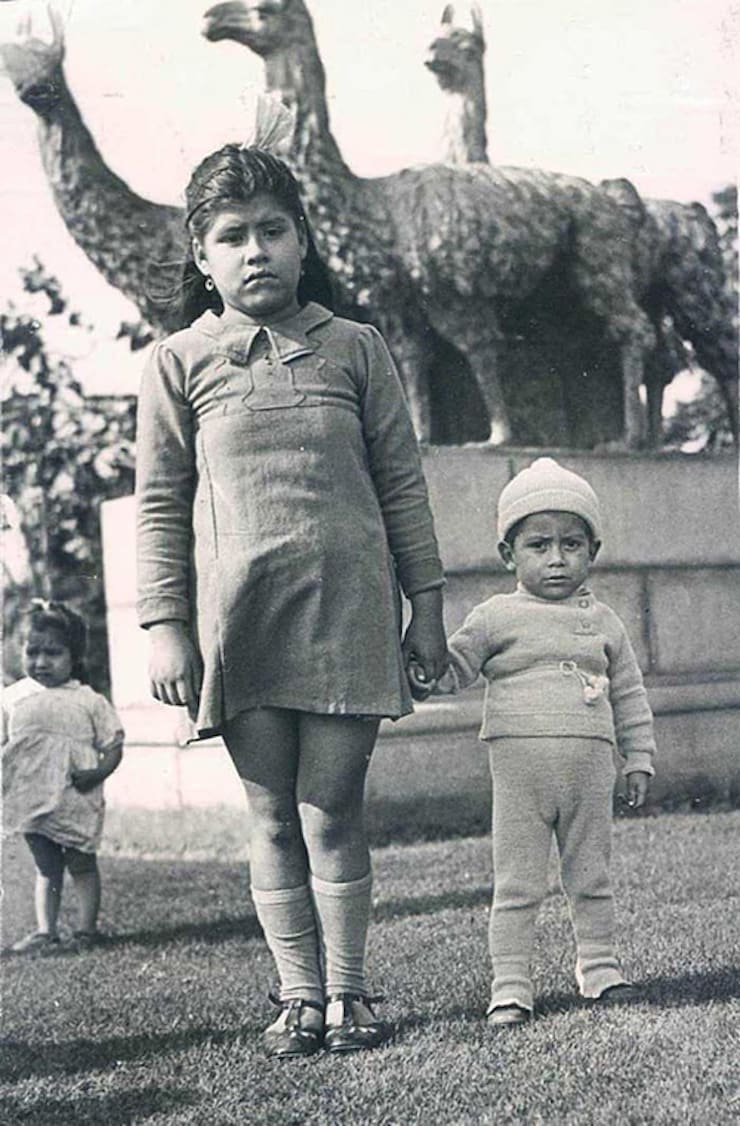 After being discharged from the hospital, Lina went home with her son. In fact, another child appeared in the family. Gerardo grew up until the age of 10, considering his mother to be his sister. 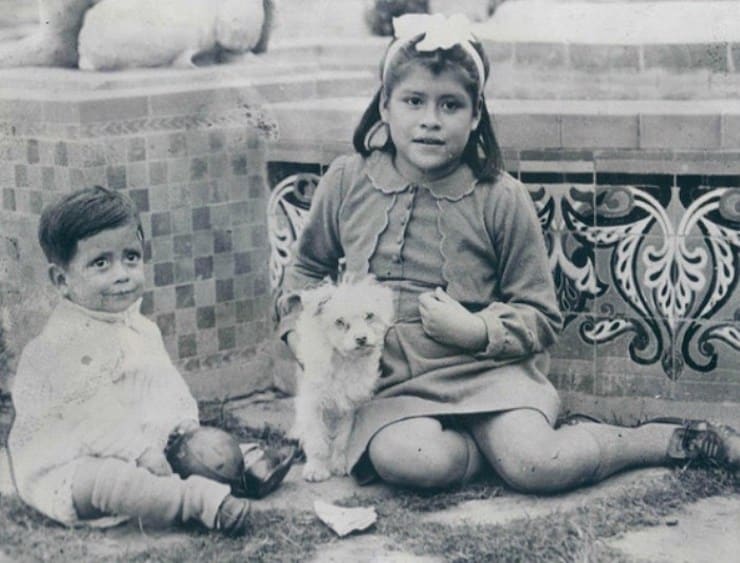 Lina’s attending physician continued to take care of her, eventually taking her to his clinic as a secretary. The girl was helped to get an education, and her son was sent to school.

Lina herself got married, a certain Roald Jurado became her husband. 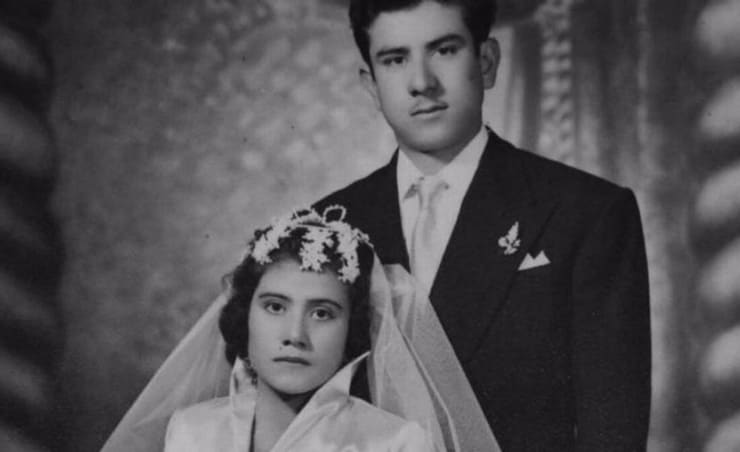 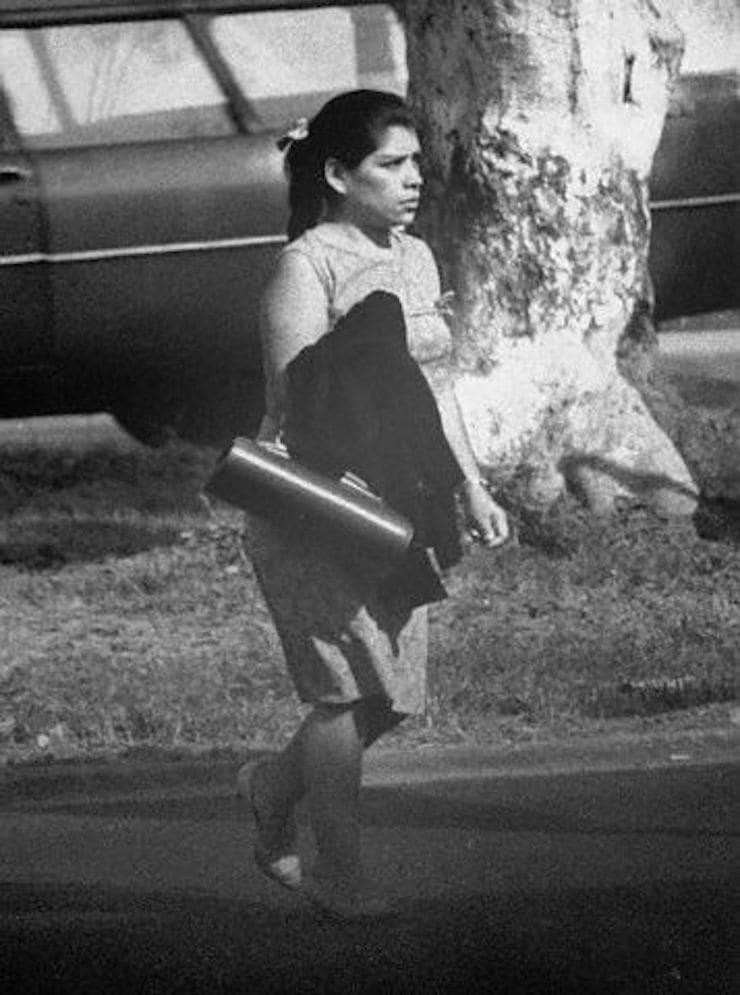 But Lina’s first son, the same Gerardo, grew up quite healthy, but died in 1979 of a bone marrow disease.

Lina Medina avoided fame, especially, in her case, dubious. She refused to be interviewed; little is known about her adult life. She died in 2015, at the age of 82. And its ambiguous history has become a bright page in medicine. 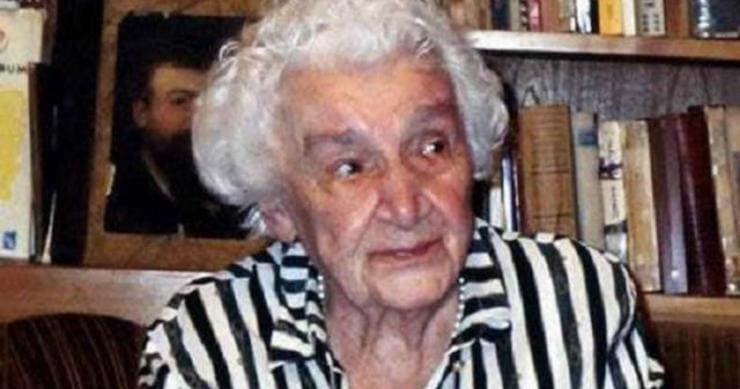 Other incidents in history

See also  How did the word Spam appear: an amazing history of the origin of the term