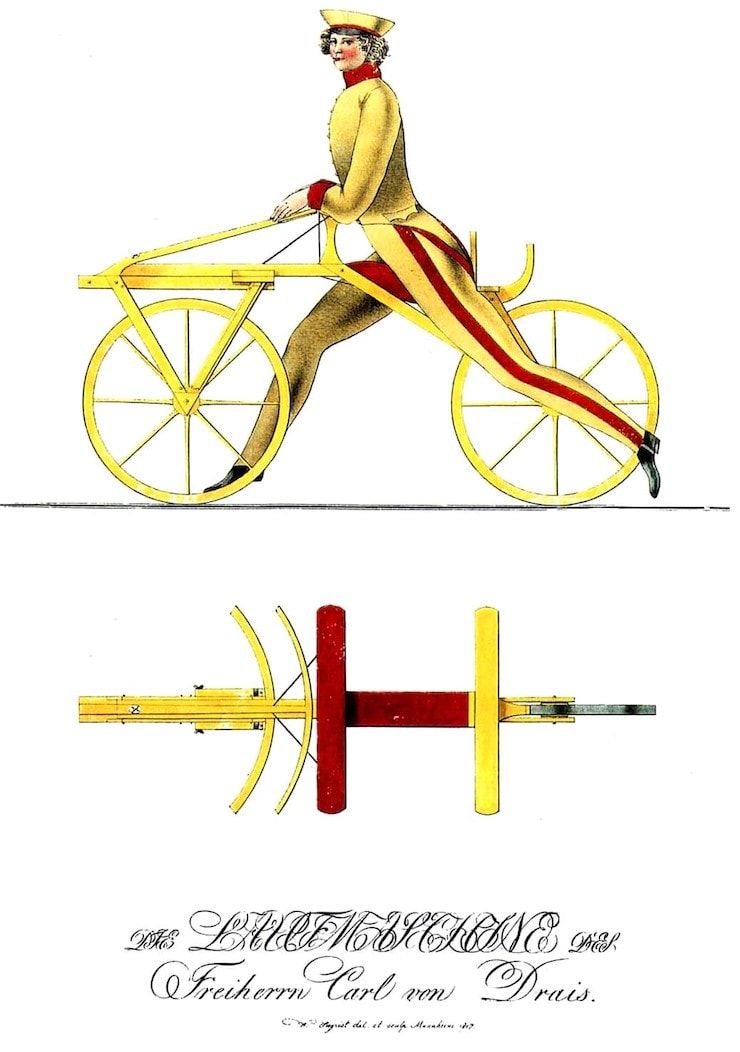 In the modern world, the bicycle is one of the most popular means of transport. And this is not surprising – the cars are relatively light, compact, do not require fuel, are environmentally friendly and safe.

The first bicycles very vaguely resembled modern models; their design continued to improve over several hundred years, sometimes acquiring unthinkable forms. The available information on bicycles made before 1817 is rather dubious, so we will begin our historical review in 1818, when the German baron Karl von Drez filed a patent for the first two-wheeled scooter, called the “running machine” (Laufmaschine).

Drez’s invention was equipped with a steering wheel made of wood frame and two wheels without pedals. By the name of the inventor, the novelty was named a trolley. After a short time, the development gained popularity in Great Britain, where it was dubbed “dandy horses” (“dandy horse”). The invention was liked by a large number of British carriage manufacturers who began producing their own scooters. 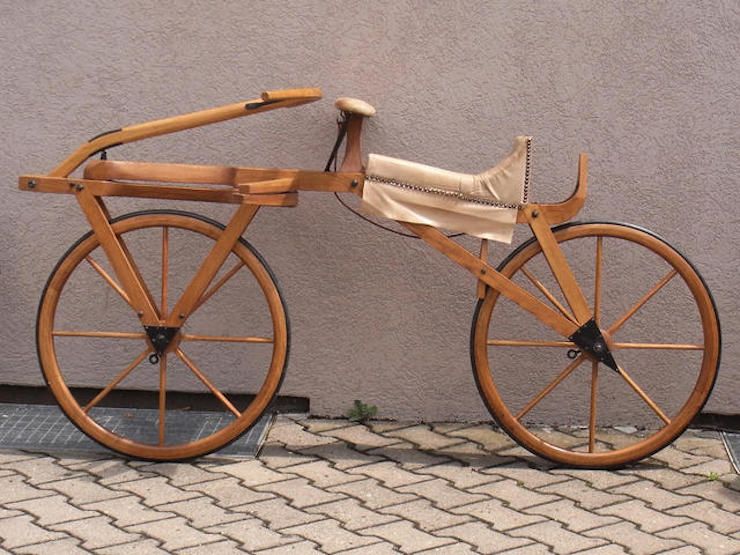 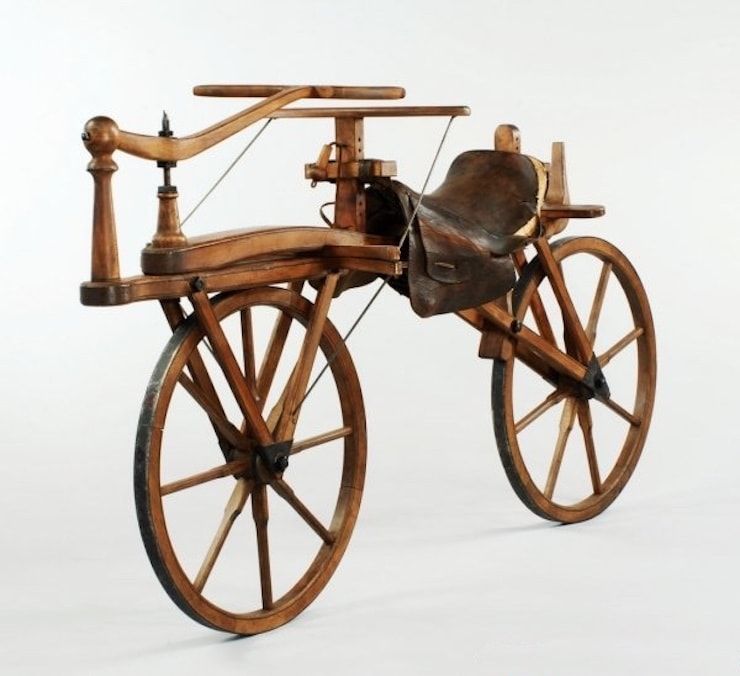 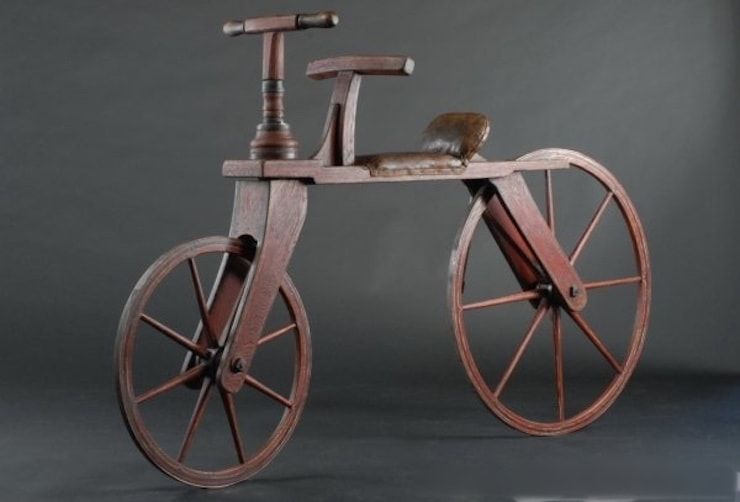 The authorship of the name “bicycle” belongs to the French inventor Joseph Nilsefort Niepce, who thus designated the Dresa scooter equipped with an adjustable saddle.

In 1839-1840, the Scottish blacksmith Kirkpatrick Macmillan modified the railcar with pedals and a saddle. The result was a bicycle that looked like a modern one. 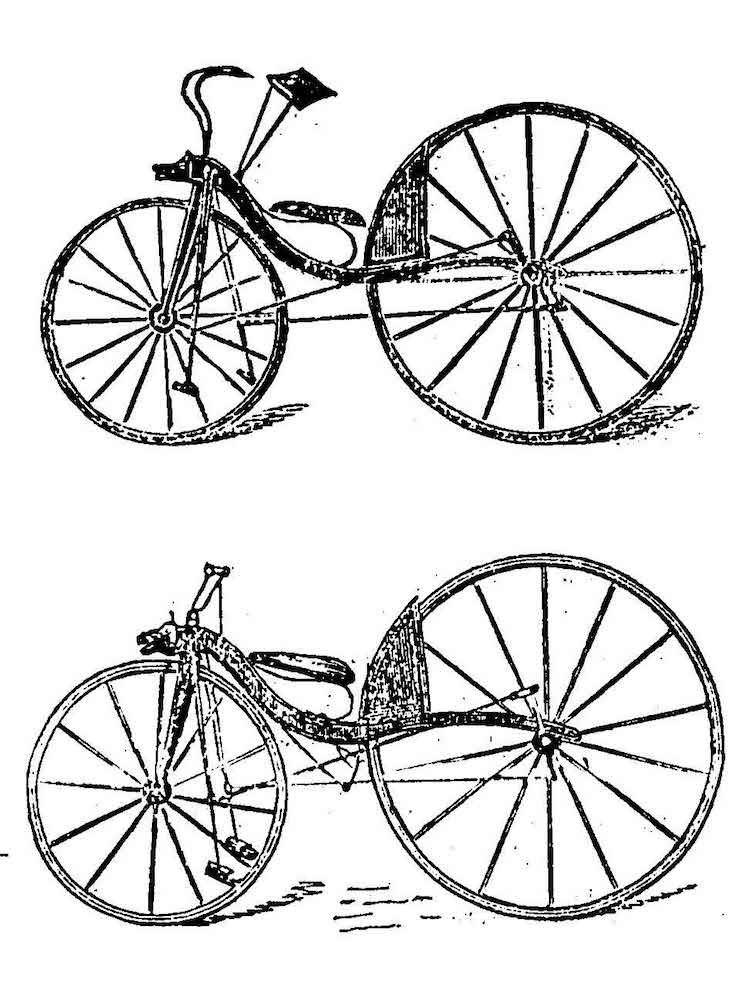 The principle of operation of the invention was as follows: the pedals pushed the rear wheel, to which they were attached with metal rods using connecting rods. The steering wheel was responsible for turning the front wheel, and the cyclist himself was located between the front and rear wheels. Unfortunately, the Macmillan design was not recognized and was not in demand. 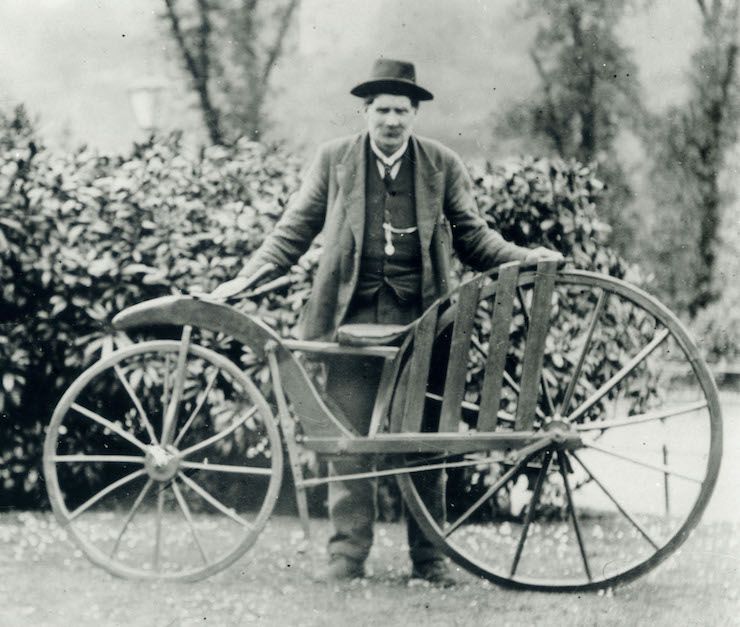 Seven years later, Frenchman Pierre Lallemant modified the Dandy Horses by equipping the front wheel with pedals, which, unlike Macmillan’s invention, had to be turned, not pushed. In 1863, the master created a bicycle similar to the current models. 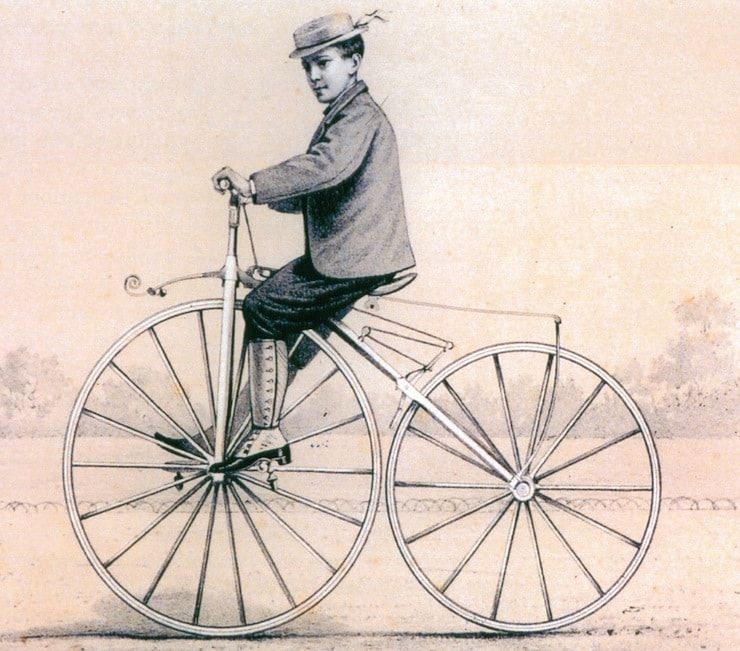 A year later, the Lyon industrialists, the Olivier brothers, in collaboration with engineer Pierre Michaud, launched the mass production of improved Dandy Horses. It was Michaud who came up with the idea to replace the wooden frame with a metal one. 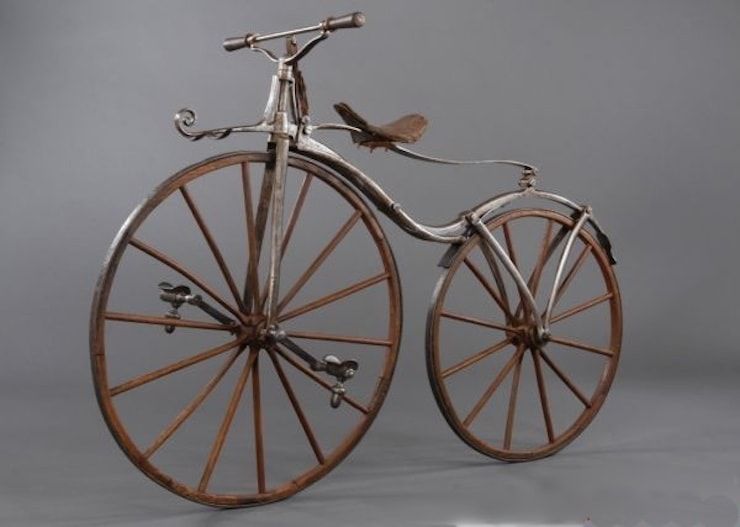 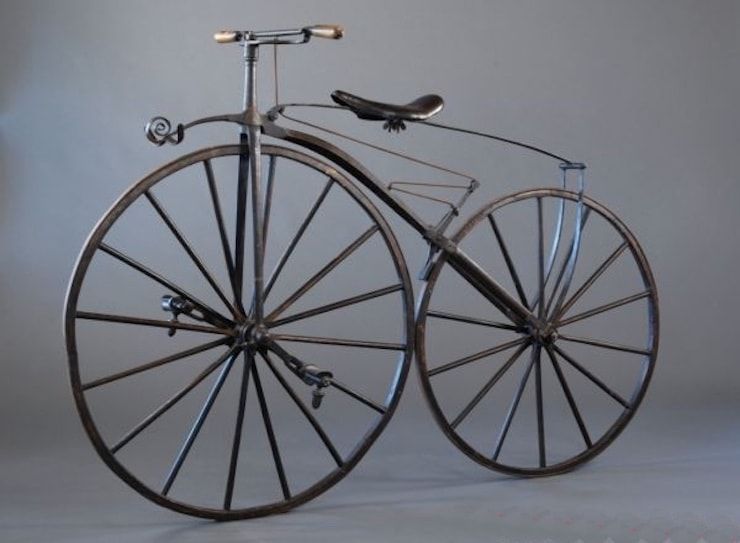 It is believed that the engineer also coined the name “bicycle”. Lallemand briefly collaborated with Michaud and the Olivier brothers, in 1866 he moved to America, where he patented his invention. 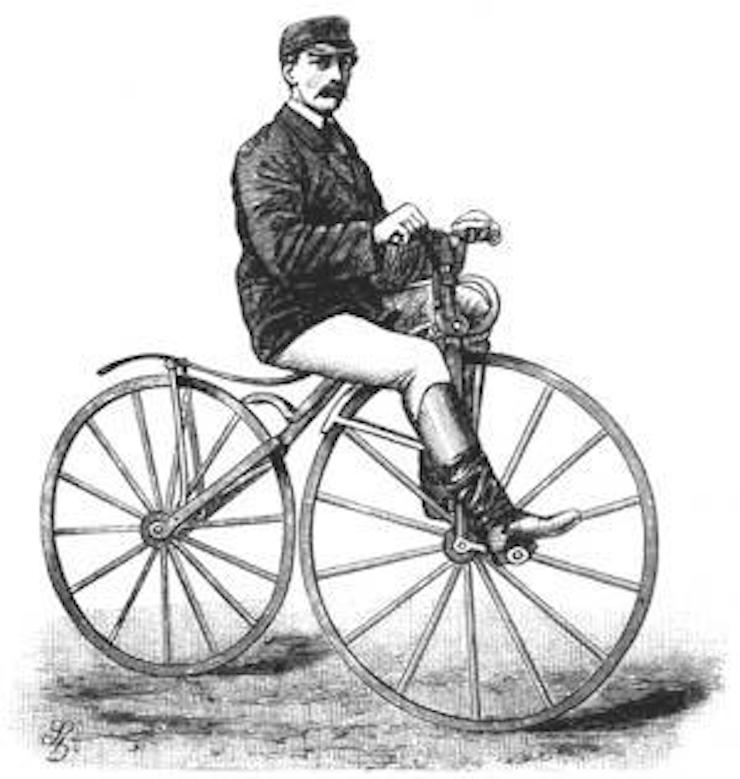 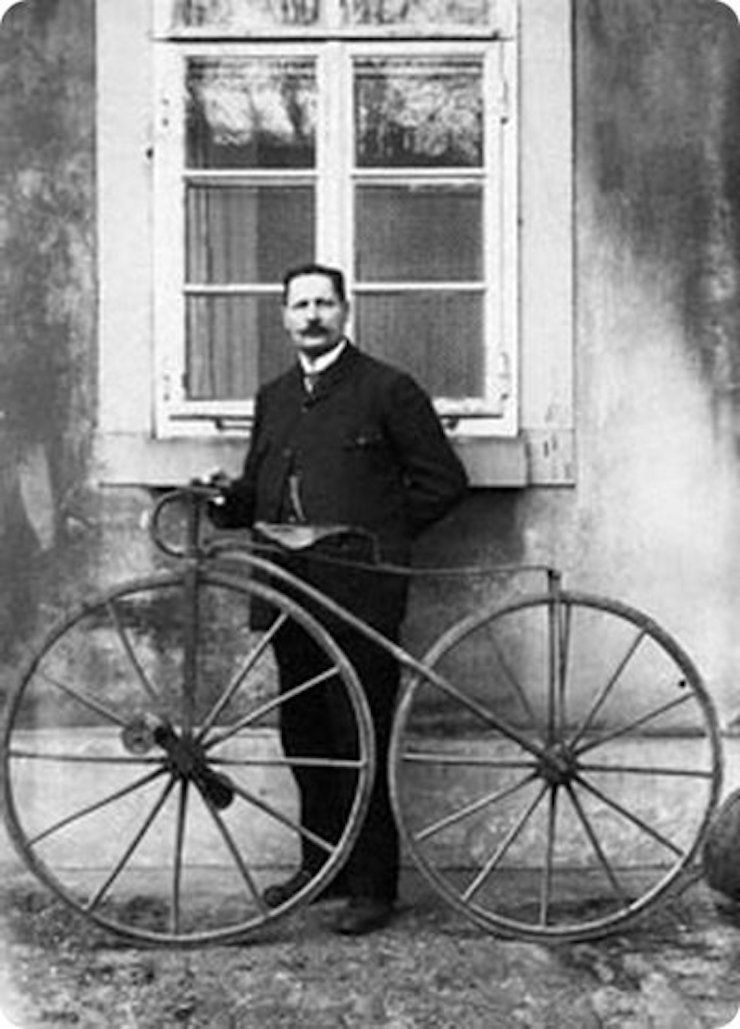 Apparently, it is Lalman who should be considered the actual inventor of the bicycle. 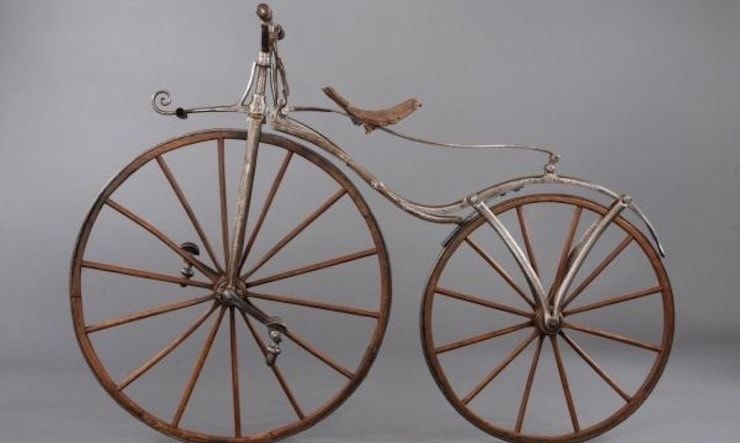 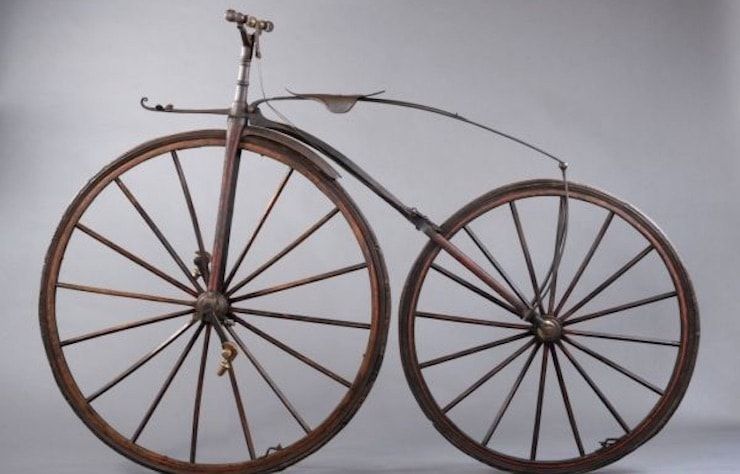 In the 70s of the 19th century, the so-called “penny-farthing” system began to gain popularity, where the size of the front wheel significantly exceeded the dimensions of the rear, which, in fact, determined the name of the system. 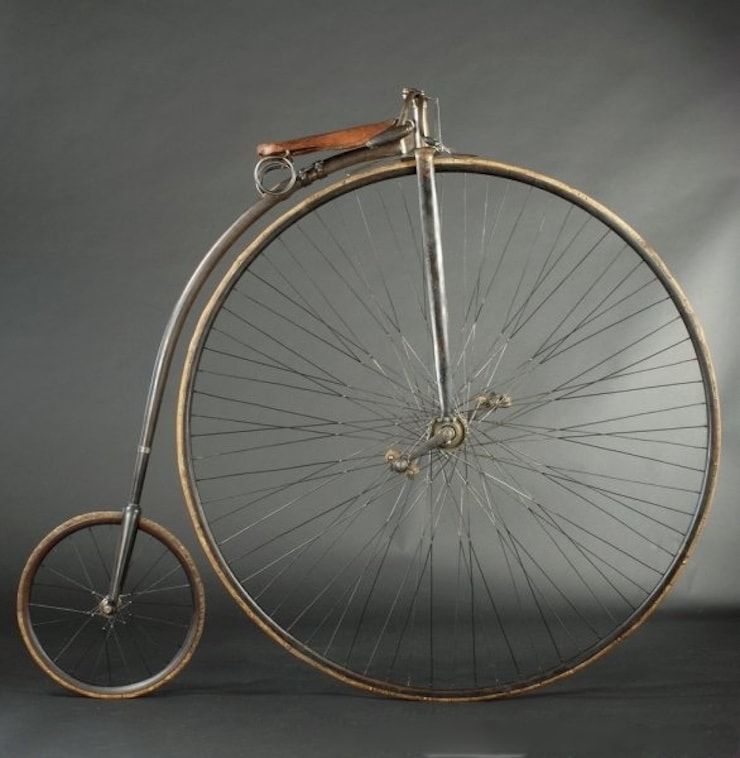 The pedals were located on the front wheel, almost directly above them was the saddle. Due to the high seat height and the center of gravity shifted to the front wheel, it was rather unsafe to ride such vehicles. 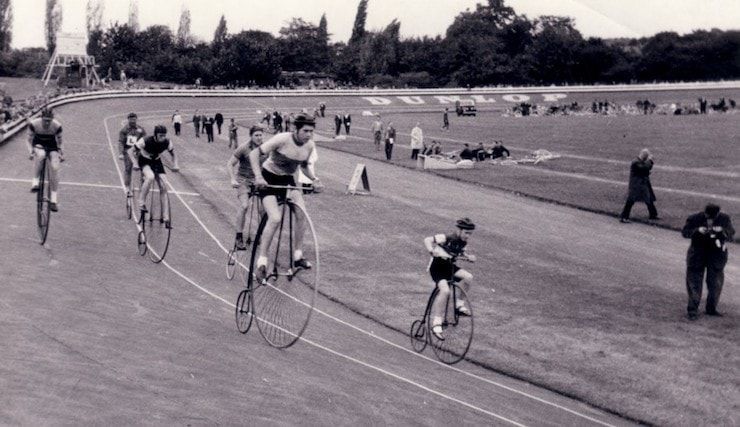 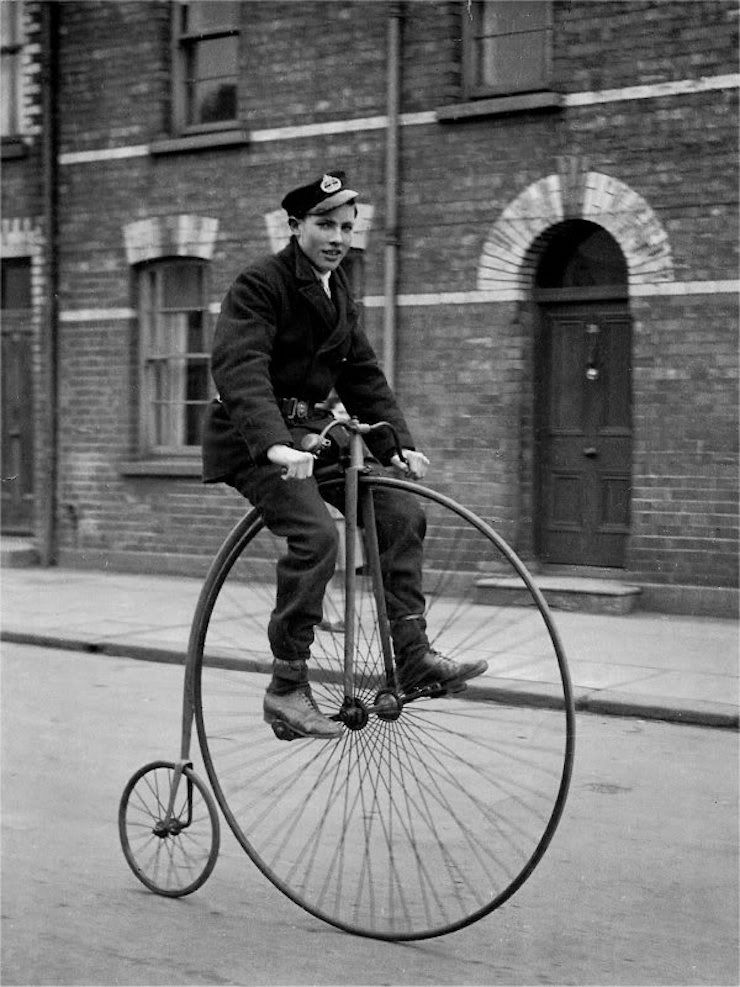 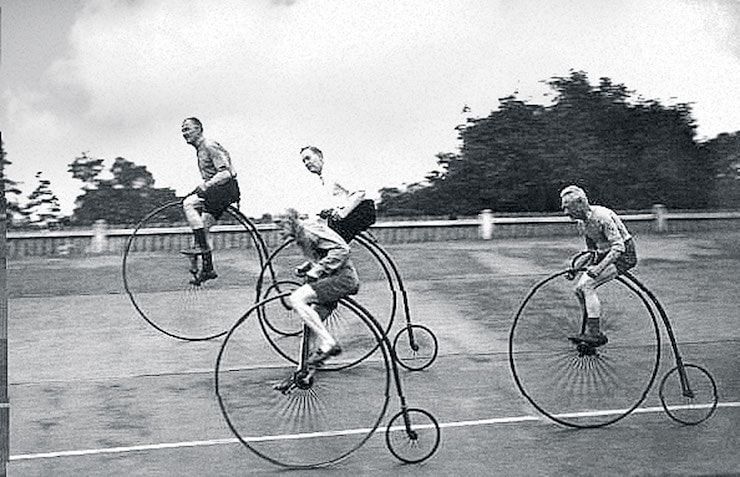 In 1867, a metal spoked wheel was introduced, and in 1878 the Briton Lawson came up with the idea of ​​equipping a bicycle with a chain drive.

The first two-wheeled car with a design similar to the modern one was introduced in 1884 by the Englishman John Kemp Starley. 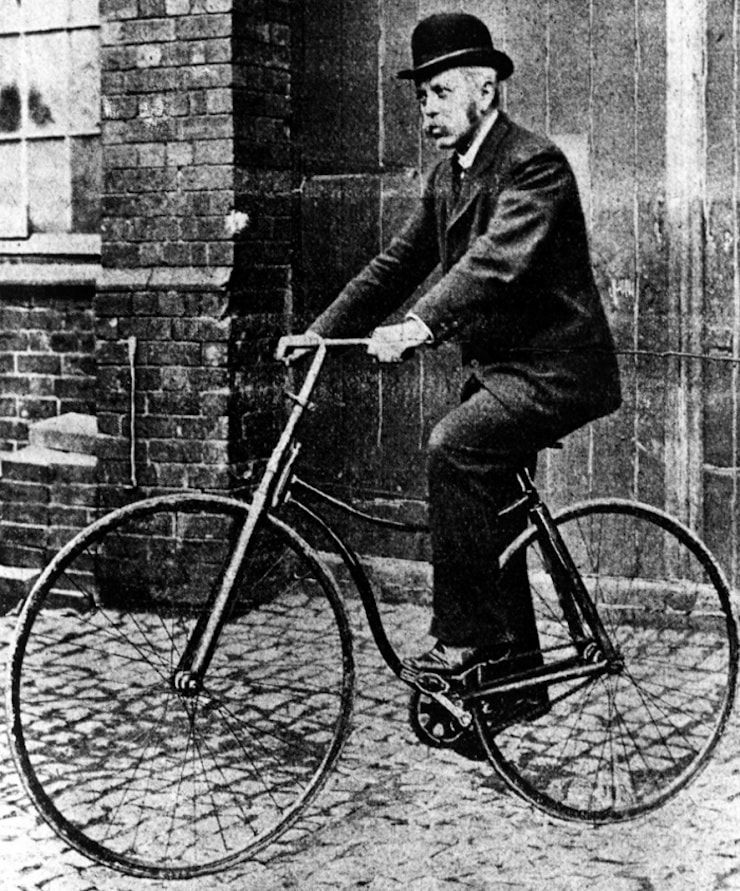 The bike was called the Rover, and its production began in 1885. The design of the bicycle included a handlebar, two wheels of the same size, a chain drive and was considered safe. In Russia, such devices were called bicycles (from the French bicyclette), but later this term was no longer used.

In 1888, rubber tires, patented by the Scotsman John Boyd Dunlop, became widespread. Thanks to them, cycling has become much more comfortable, and the devices themselves have gotten rid of the nickname “bone shakers”. 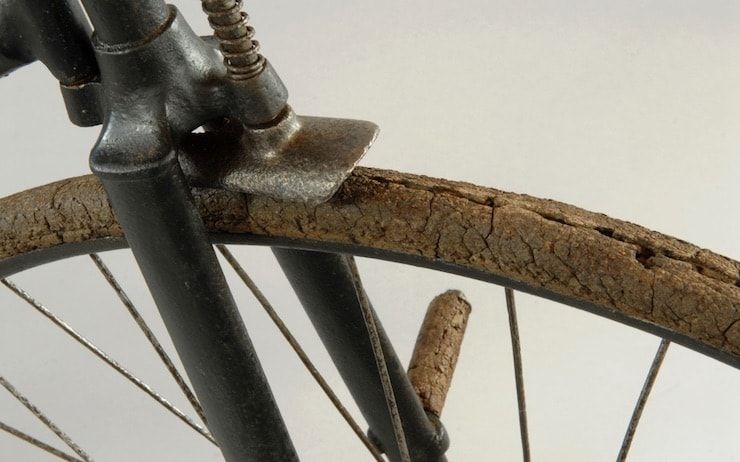 Since the 70s of the nineteenth century, numerous modified versions of bicycles began to appear: folding, aluminum, with different wheels, tandems, ligrad – a bicycle that can be controlled while lying down. 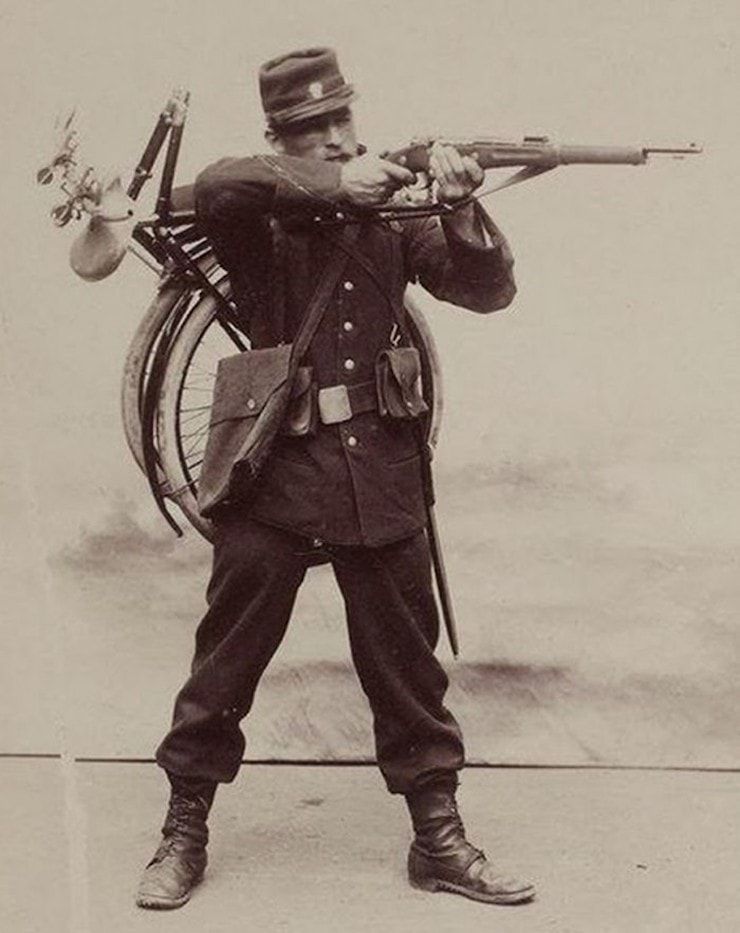 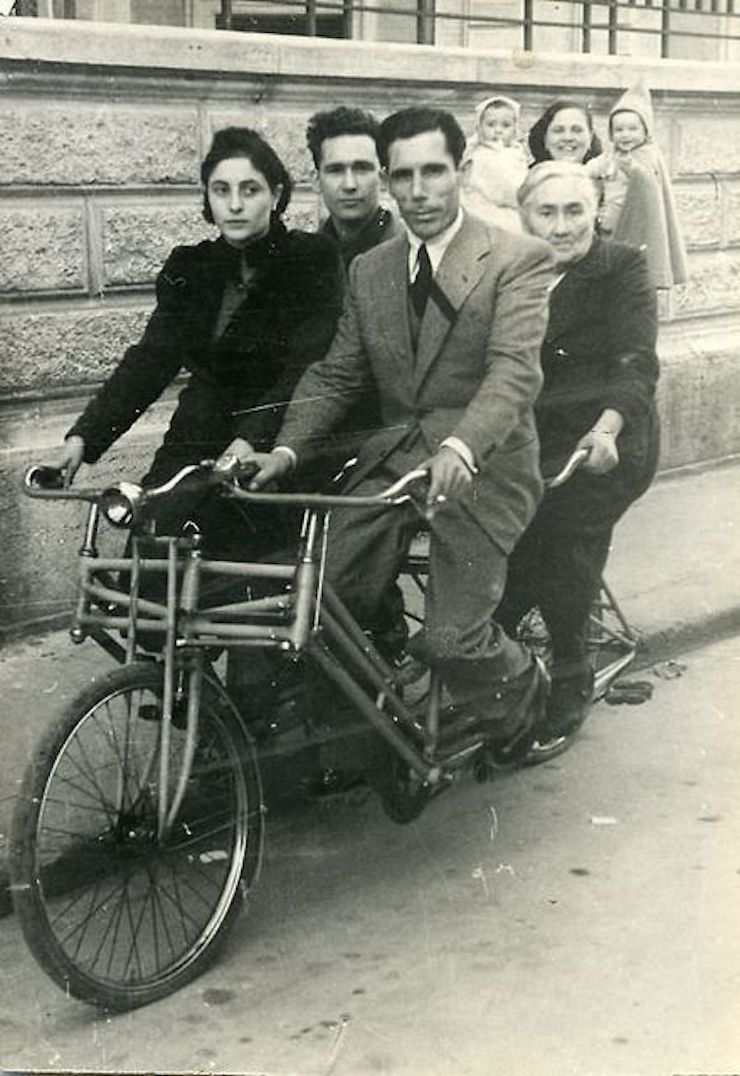 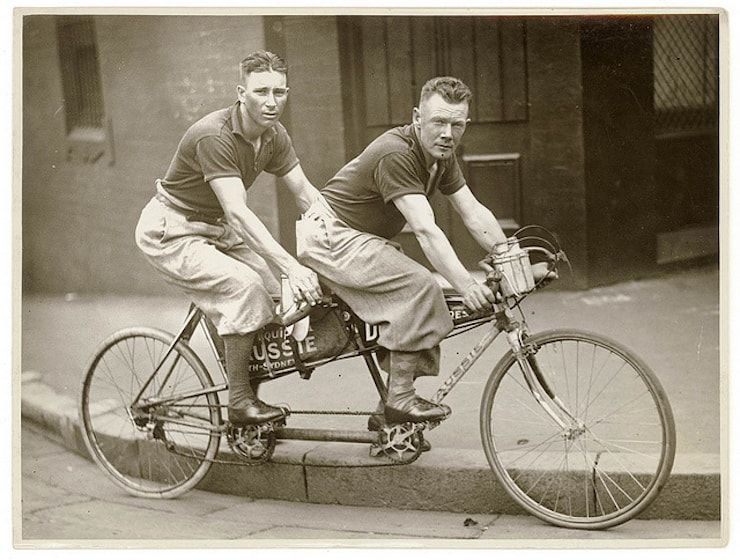 ♥ BY TOPIC: What are the sousseki, why the legs are chicken, not chicken, and what is the bast hut made of: words from fairy tales, the origin of which you might not know.

In general, the two-wheeled vehicles of the 1890s were very similar to modern bicycles, but due to the use of components made of rusting steel (stainless steel was not yet produced), it required constant cleaning, lubrication and rinsing with gasoline or kerosene to maintain working shape. 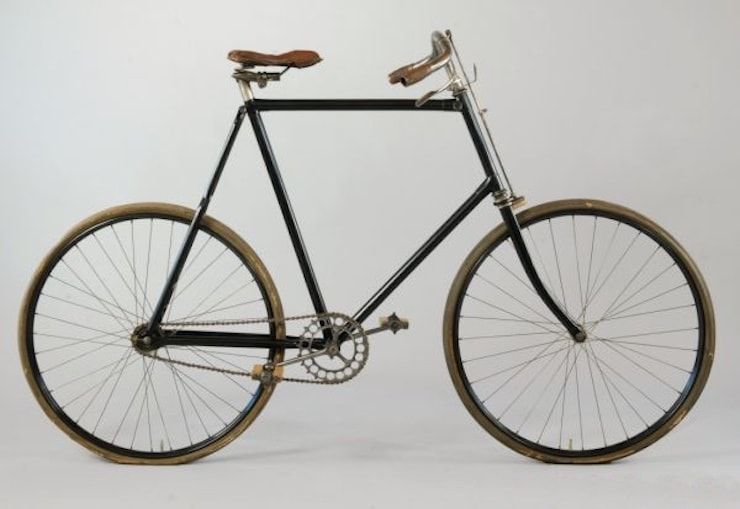 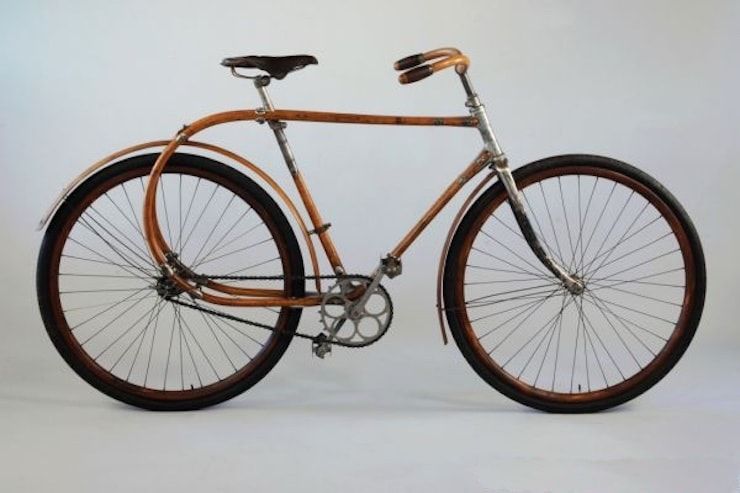 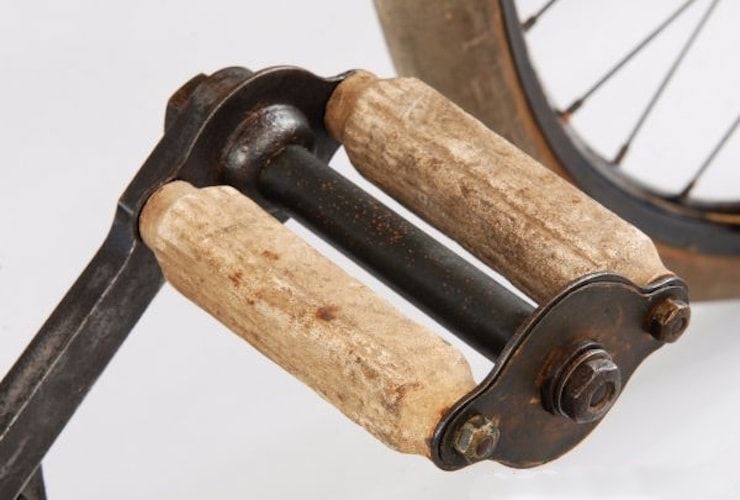 At the end of the 19th century, pedal brakes and a freewheel mechanism appeared. At the same time, hand brakes and the first folding and aluminum bicycles were invented.

The design of bicycles continued to evolve, and in the first half of the 20th century, the first gearshift mechanisms were introduced, although they were imperfect. At the end of the last century, titanium bicycles and CFRP cars entered production (1974-75), in 1983 the first bicycle computer was introduced, and a few years later – index shifting systems. 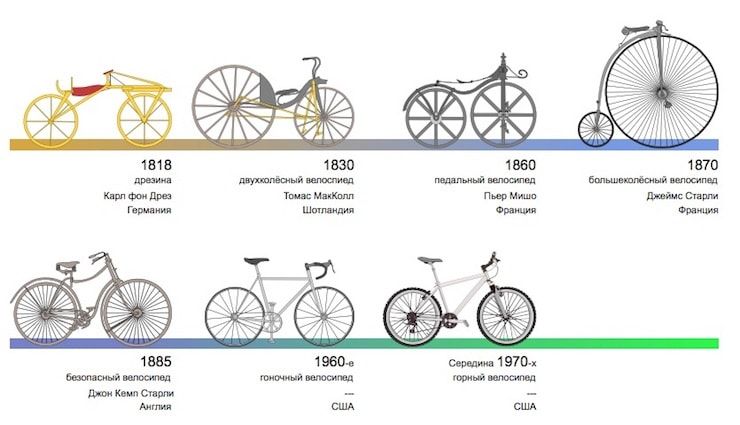 At the beginning of the 20th century, the popularity of bicycles began to decline in connection with the appearance of the first cars, but at the end of the 60s of the same century, interest in two-wheeled vehicles increased again due to the popularization of a healthy lifestyle and close attention to environmental issues.