In addition to a huge set of educational videos that can be found on the vastness of the largest video hosting YouTube, there are also frankly insane materials … We present to your attention a selection of crazy channels with the dumbest videos that we could find on YouTube. 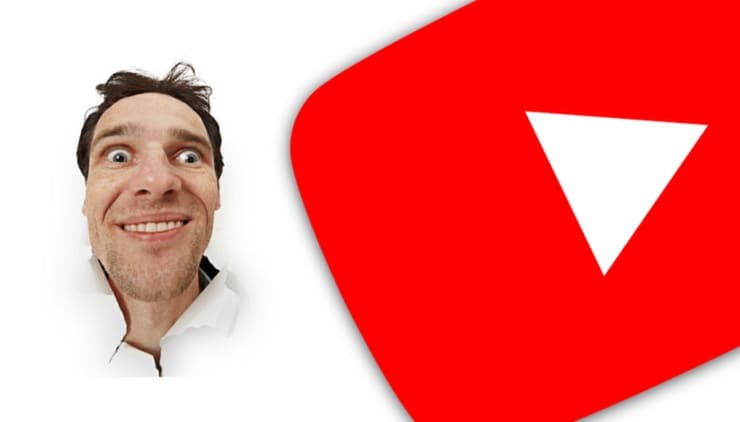 ♥ ON TOPIC: Poll: What color of sneakers do you see – white or black?

Do you drink bottled water (well, at least sometimes)? Surely yes. How do you do it? Probably nothing special – just open the bottle, drink the water and throw away the used bottle.

But YouTube blogger Jon decided the process deserved to be recorded on video. As a result, he posted more than 10,000 (!!!) videos on his channel.

The plot is the same every time – the guy takes a bottle and drinks water. Yes, that’s all :). People love it – John has tens of thousands of followers. Probably, the money from advertising is enough for him to buy water absolutely free.

And here everything is much simpler. The blogger takes balloons, inflates them with an electric pump … and laughs heartily!

The guy has already recorded more than 100 such videos. It is not entirely clear what makes him laugh that way, but the laugh is, of course, infectious.

When you buy a new stereo system, you probably read the reviews of such models before buying. Factors like sound quality are very important … but the question is, how do the buttons feel? After getting to know this channel, you will never have any doubts about this! Interestingly, the blogger does not utter a single word during the next review – they are successfully replaced by him … unambiguous mooing (with a positive or negative connotation)!

See also  Mail opens in Split View mode while watching videos on Mac, how to disable it

A channel on which there are many views, many likes, many videos and everything on one topic – red and blue squares (rectangle, parallelepiped) and…. see for yourself

♥ ON TOPIC: Hernia, Preservative, Сrest, Absent and other 60 English words that are often translated incorrectly.

This channel is hosted by a professional freelance animator from the UK. Cyriak has been posting videos to YouTube since 2006. In his work – creating commercials and music videos – he makes extensive use of Photoshop and After Effects. In general, not an easy guy.

But his YouTube has nothing to do with “serious” work. And what is he about then? Cyriak’s favorite trick is to start the video with a peaceful, “pastoral” picture … and then bring some psychedelic hell to the screen! In his best video, titled “Something”, the blogger turns old black and white footage into … this is the “something”.

People, in any case, like such “horror stories” – after all, the number of Cyriak subscribers is approaching a million people.

Another strange guy from Foggy Albion (however, popular – even the BBC told about him). He works as an animator, makes psychedelic cartoons with a strange character Devvo in the lead role. It is strongly discouraged to watch them for the faint of heart (and this is not a joke). A prime example of the “tin” that Firth offers to his subscribers is a video called “Dog of Man”. The dog, through an electronic translator, recommends to its owner who loves plant growing to plant “tumor seeds”. A man buys “seeds” from a store, cuts a hole in his chest and “plants” them. The tumor, of course, grows, and after a while the dog offers its owner his own body to replace. He happily agrees, cuts off the pet’s head and all four paws (in the process of shedding rivers of blood), and then replaces them with his own. A dog is a friend of man, yes …

♥ ON TOPIC: How many years do trees live (table).

How do you wish your friends a happy birthday? Are you buying a gift, a postcard? How about a song of congratulations? This is the service that YouTube channel 1HappyBirthday offers.

The channel’s playlist contains tens of thousands of congratulatory videos. In each of them, a female voice sings the same congratulatory song, while both in the credits and in the voice the name (or nickname) of the birthday person is called.

The video sequence is also different – cookies, chocolates, and cats appear in the background.

♥ ON TOPIC: 35 of the best optical illusions that have become internet memes.

When his wife left the guy, he came up with a brilliant idea: to start selling things left over from his ex-wife through YouTube. And not just like that (“buy junk, left of your departed wife”), but in the unique style of “shop on the couch”. A man works very well – sometimes you catch yourself thinking that you are really watching a video recorded by some “leomax”.

The coolest video on the channel is about selling a simulator for those who want to remove a double chin. That there is only one sound and facial expressions! The author turned out to be a pedantic person and worked on the simulator In one hour (!!!)…