The dark theme is one of the main notable features introduced with the release of iOS 13. It has proven to be so user-friendly that third-party apps and websites have adopted it. You may not have known, but among other things, using dark theme on iPhone can save battery power. How it works? 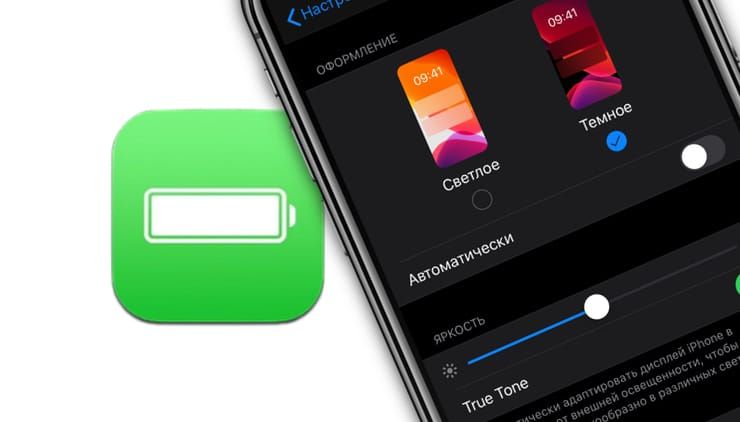 ♥ ON TOPIC: IOS gestures for working with text on iPhone and iPad that you might not know about.

Almost all modern smartphones that hit the market after 2017 are equipped with OLED screens based on organic light-emitting diodes). Since this type of screen has no backlightLike LCD screens (liquid crystal) on older phones, a display that is turned on will use less power when displaying dark pixels. OLED technology also enables the creation of ultra-thin, flexible and foldable phone screens.

For example, when using the screen brightness in the range of 30-50%, the savings in autonomy will be only 5-10%. However, if the iPhone display runs at 100% brightness, then changing the light to dark design will save an impressive 40-45%.

Back in 2019, an interesting study was conducted on the PhoneBuff YouTube channel, which aimed to find out if working with an active dark theme is better for the device’s battery than with a traditional light one.

The iPhone XS was used as a test device. On this smartphone, robotic arms performed various tasks in iOS in light and dark mode. Used the Messaging app, navigate Google Maps, watch YouTube videos, and more.

See also  IOS has a notification issue. And they don’t solve it 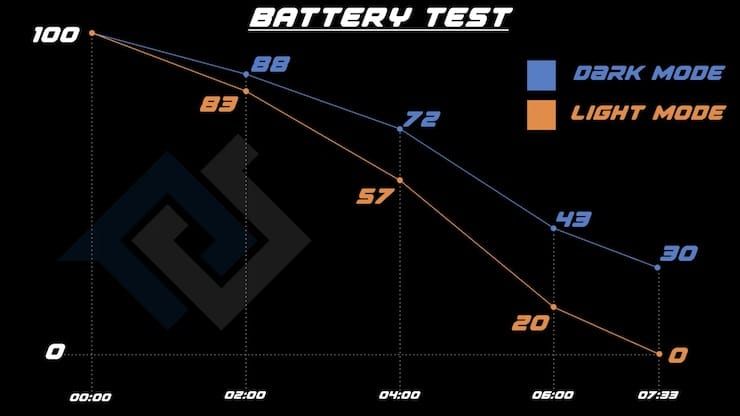 The graphs show that the iPhone with the light theme was the most drained when using Twitter and YouTube. There are some differences in consumption scenarios with higher or lower brightness, but always the dark mode turned out to be more economical.

♥ ON TOPIC: How to turn on Karaoke mode in Apple Music on iPhone and iPad (the lyrics move to the music).

On which iPhone models does the dark theme save battery power?

Other older models with an IPS screen will not have a significant difference in consumption between dark and light modes – the backlight always works, regardless of the system theme.