As you know, after an unsuccessful identification attempt using the Face ID face recognition function, the system will forcibly ask you to confirm your identity by entering a passcode. However, it is possible to continue to try using the Face ID scanner to unlock the iPhone or iPad screen.

How to retry unlocking with Face ID after a failed attempt

After a failed attempt, make sure your face is in front of an iPhone or iPad equipped with a Face ID scanner. 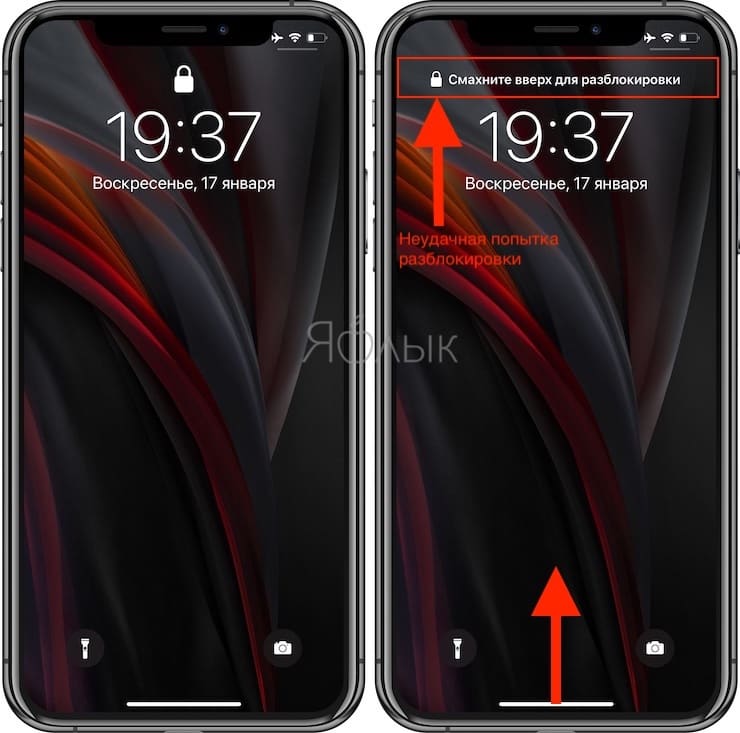 If you have enabled the function “Demand attention for Face ID”, make sure you are looking directly at your iPhone or iPad.

When you see the screen for entering your passcode, ignore it and swipe up from the bottom edge of the screen. Sometimes you don’t even need to swipe up. The function is triggered as soon as a face appears in the camera lens. 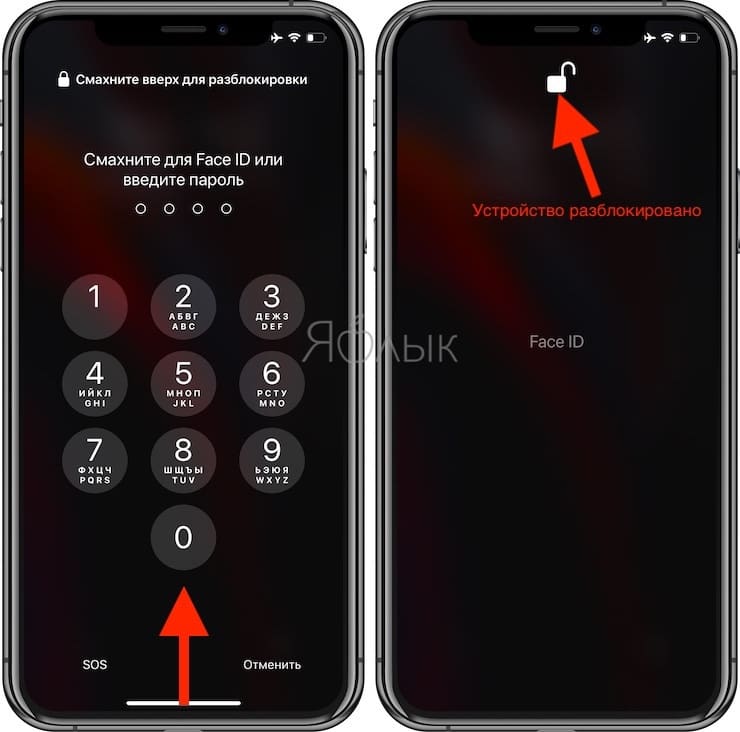 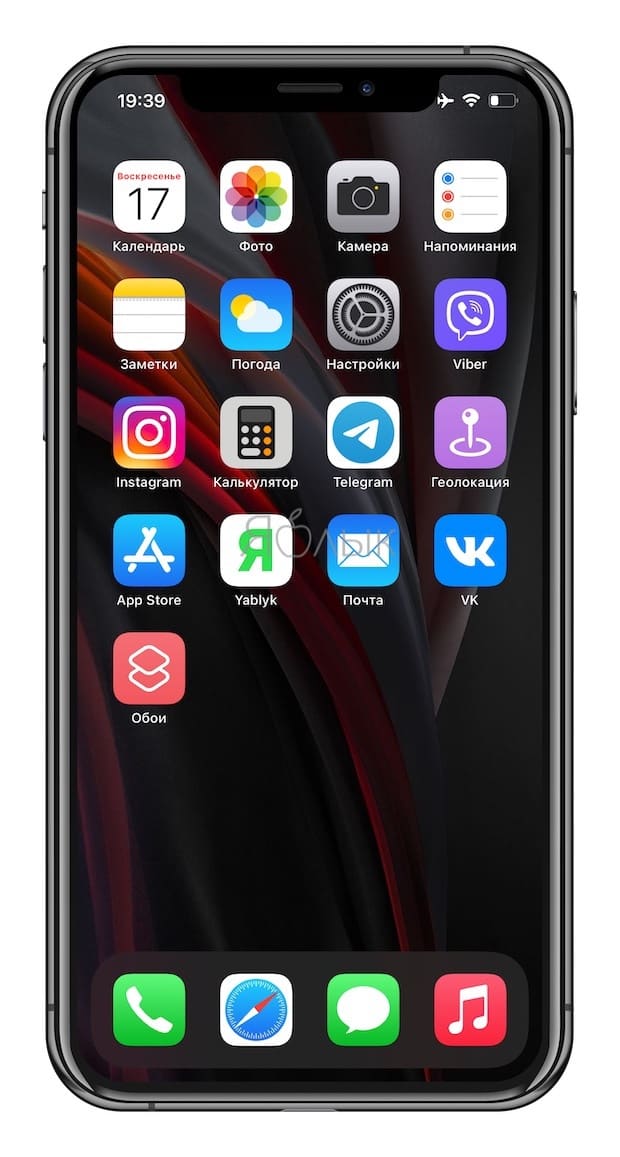 As before, a successful face scan on the lock screen will instantly unlock all of your secure notifications. Once the lock icon at the top indicates that the device is unlocked, you can read your notifications or swipe up to go to the home screen.

Failures are behind every success story. It’s just that I don’t want to remember them against the background of victories and achievements. The story of Google’s rise and market conquest has become a classic. Today it is one of the most successful companies in the world, dictating trends in the development of information technology. But even Google failed from time to time. And some of the failures turned out to be quite significant.

♥ BY THEME: Elon Musk: biography and incredible success story of the founder of SpaceX and Tesla.

Google has created a universal search engine that processes billions of user queries every day. But there are also many popular services: Google Drive, Google Maps, Gmail, etc. These projects are on everyone’s lips, although there are much less well-known, failed, undertakings. And keeping in mind the company’s achievements, we must not forget about its biggest failures.

♥ BY THEME: Man with arms outstretched Leonardo da Vinci: what is the meaning of the picture?

In June 2011, Google decided to enter a rather competitive and already developed market. The social network Google+ was announced, on which high hopes were pinned. The company planned to grow its user base by challenging the giants Facebook and Myspace.

But Google+ hasn’t been able to achieve this kind of success. The service itself could not clearly define its positioning, and the actual requirements of users were not taken into account. As a result, the development of Google+ was slow, and the improvements did not make the product popular. And the service was quietly closed in April 2019. It seems that no one particularly grieved about this.

Google Tango is also known as Project Tango. This is an augmented reality platform that allows users to experience the real world, but in a form enhanced by Google.

Basically, augmented reality involves adding or enhancing objects in the real world. For example, through the camera lens, you can see a cartoon standing on the sidewalk in front of you, or a predatory pterodactyl sitting on your roof.

Although the idea itself is laudable, and there was nothing particularly repulsive about Tango, Google quickly abandoned the project. The company decided to focus on ARCore, a software development toolkit in this area that just proved to be more profitable. 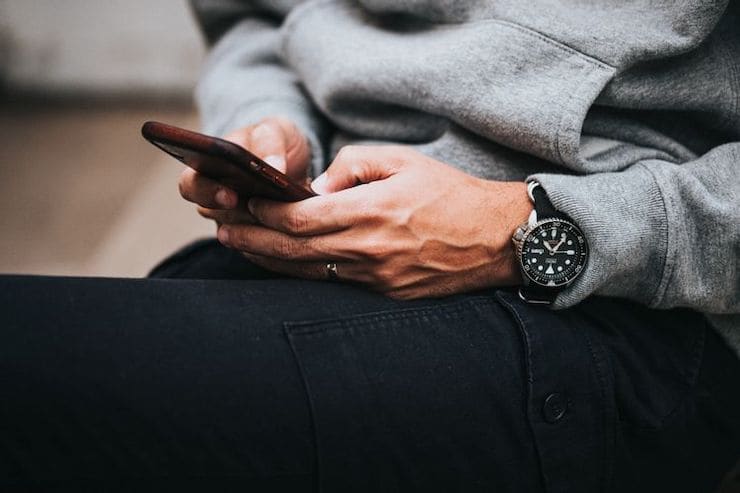 Google Talk originally appeared in 2005 as an instant messaging service. It provided both text and voice communication and was available on many different phones with different operating systems, including from Blackberry, Microsoft and of course Android.

However, Google Talk did not keep pace with the rapid changes in this segment and new features that were emerging from competing communication apps.

By a certain point, Google had already planned to abandon Google Talk and replace it with Google Hangouts, so there was no point in extending the life of the service.

The end of the Google Talk project was announced in 2012, although it took another five years to completely close.

Google Nexus was a smartphone released in January 2010. In the wake of Android’s success, the company decided to launch its own version of the smartphone that works best with Google’s operating system. Considering that the company at that time was already successful and very rich, a lot of funds were invested in the promotion and marketing of this phone.

People all over the world were excited about the release of this smartphone, and the Google brand raised expectations even more. However, Google has overdone its Nexus claims. Users complained that the features offered by the phone weren’t worth the high price tag. The Nexus quickly ceased to be considered the best device for the mass user.

Despite this, Google continued to release more and more new versions of the Nexus, already in cooperation with major manufacturers (LG, Huawei). Ultimately, the company realized that the product would not be popular and stopped shipping the Nexus line in 2016. Its place was taken by the Google Pixel lineup with rethought positioning.

And again we will talk about the advertised product Google. When Google Glass was announced in April 2012, it seemed like a step into the future. Even before the release, the device had already attracted widespread interest and recognition, people wanted to try innovative glasses. They were voice and gesture controlled and were designed to give users augmented reality experience. But as with the other products featured in this article, things didn’t go very well.

Google Glass was very expensive, but didn’t offer enough to warrant such a high price tag. Google believed that the glasses would sell on their own, and users would already come up with a specific application for this product. But this decision backfired – Google Glass sales were low. In fact, they were only of interest to geeks. And after that incident, Google no longer released such glasses, deciding not to develop an interesting idea.

And this project is a real mystery. Google Barge was a set of four floating barges that were built between 2010 and 2012. These platforms were installed in bays around San Francisco and Portland, but the public had no idea what they were for. And no one at Google was going to explain the purpose of this project.

It is not surprising that people began to put forward various theories. The barges were said to be, in fact, party spaces or even VIP lounges to showcase new Google technologies. However, the barges were never used for anything. As a result, they were sold for scrap, and nothing came of the mysterious Google Barge project.

Google Allo is another instant messaging app that came out in September 2016. Google hoped this app would be as successful as WhatsApp and Facebook Messenger, but it never did.

Allo had a number of shortcomings that led to its failure. For starters, the first version of the app couldn’t work on two devices. Second, the app lacked the SMS support that users had been asking for from the start. Such serious shortcomings proved to be the death sentence for Allo.

Google shut down Allo in 2019, but it’s possible we have yet to see a truly successful messenger or social network from Google.

♥ BY THEME: Why is the center of Moscow called Kitay-Gorod?

Google Latitude was similar to Find My Friends on iPhone in that you could see where your friends and loved ones were at any given time. However, this could only be done if the other person chose to share their location.

Ultimately, Google decided to shut down Latitude in August 2013 and integrate mapping and location sharing features into its new project, Google+. But, as we now know, everything went wrong there too.

However, it was not at all the same as that of the market leader, Oculus. Google Daydream meant inserting your smartphone into a headset and using the phone’s display to enter virtual reality. In the end, Google itself realized that using only a smartphone for high-quality virtual reality was simply impractical, and the Daydream project was discontinued in 2019.

♥ BY THEME: Who has the most Instagram followers in 2021 – 40 most popular accounts.

Google Fiber, as the name suggests, was a fiber optic internet service created in February 2010. The project was designed to provide high-speed internet at a lower cost using a technique called a “nanotube”. This method does not run the fiber as deep as traditional nets. The technology itself allows for higher speeds.

As with many of Google’s other failed projects, Google Fiber had its own list of problems. Slow and complex initial setups, as well as high costs of installing fiber, led to the shutdown of Google Fiber in 2016. But the initial plans seemed daring – Google planned to envelop the metropolitan area of ​​Kansas City with a network, offering a TV service, its own set-top box, Chromebook and a Nexus 7 tablet in a package with gigabit internet.

Google has many failed projects, but these are far from the last

Given the failures of Google over the past 20 years, we can only assume that Google will continue to test many different new products. Most of them will face a sad fate.

When you are a multi-billion dollar company, launching new projects is not a big problem. And to be successful in business, you need to take risks and try new things. And Google does just that, and we will be watching with interest the company’s new attempts to make our lives better.