Download The Talos Principle for iPhone and iPad (App Store)

The game begins with your awakening in an unusual, unexplored world, where you are surrounded by ancient ruins and complex mechanisms. You are the creation of someone’s hands, but whose? Upon awakening, you will hear the voice of your mysterious creator, who will explain the rules of behavior in a new world for you. By his will, you will solve difficult puzzles, and, in the end, you will have to decide whether you can blindly trust your creator, or whether it is better to define your true self and find a place in this world yourself. 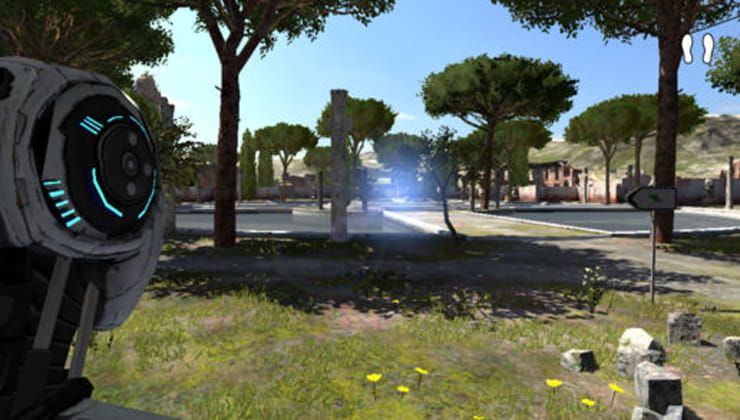 Gameplay for The Talos Principle exceeds 20 hours. The main task of the player is to get to the so-called “sigil”, which means “symbol” in Latin. To do this, you will need to go through many different tasks. When you have several “sigils” in your hands, you can play a small game that will open new gadgets or a door to another world.

The difficulty of the puzzles (there are over 120 of them in the game) varies from elementary to super-difficult, which can take many hours to solve. In search of yourself and your purpose, you have to distract drones, control laser beams and even manipulate time. You will build theories and look for clues to confirm / disprove them. Remember all the time that you are being watched, and your every action has consequences.

Fortunately, you did not come into this world unarmed. You will have functional blockers, reflectors and fans. As the game progresses, you must go through isolated rooms hidden in ancient ruins. On the way to the “sigils” you will have to deal with force fields, exploding robots and automatic machine guns.

The Talos Principle requires a high concentration of attention and logical thinking. Sometimes seemingly extremely difficult tasks are performed in several taps, but for this you first need to do a good job with your brains. The difficulty of the levels does not depend on their order, so do not be surprised if the first levels suddenly turn out to be more difficult than the last ones. 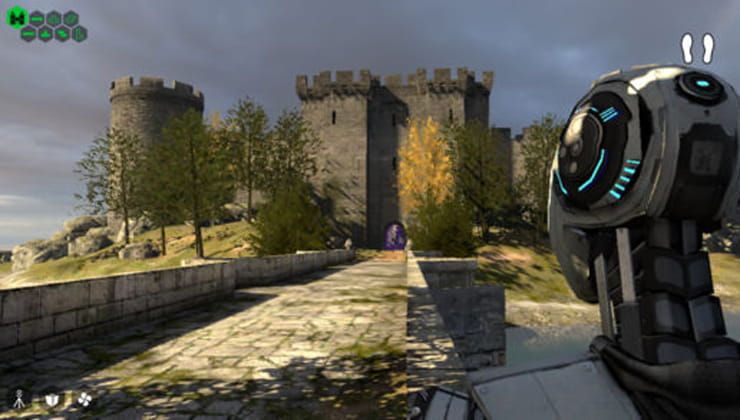 The game provides many Easter eggs and prize stars. But don’t be too hopeful – chasing one star can take a lot of time. Although they are often not hidden so far, you just need a keen eye (as we have already said, there is nothing without attentiveness here) and ingenuity.

I must say that the philosophical plot plays almost the main role in The Talos Principle. Unlike many puzzles, where the plot is only something auxiliary, here it is clearly expressed and becomes clear from the very first minutes of the game. The character you play is something like the first person in the Garden of Eden, but don’t flatter yourself, you are not alone here. Your creator is an experimenter who has created a kind of robotic creature that should eventually become a human (remember the movie “Bicentennial Man?”). 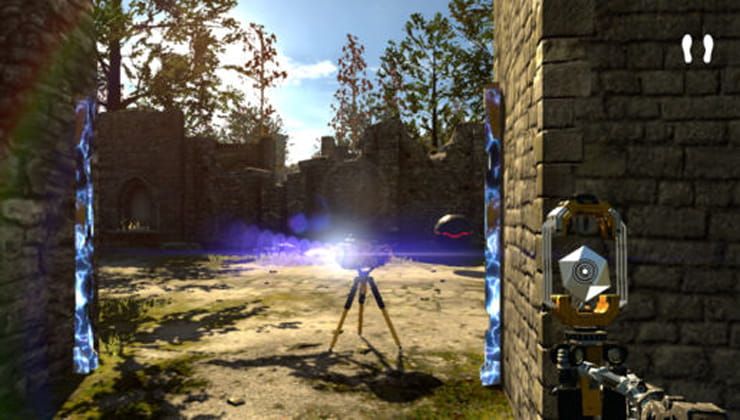 Sometimes you will stumble upon QR codes left by experimental robots just like you. They will serve as hints for you, so treat them carefully. The game even has some semblance of dialogues, because without communication it is impossible to turn into a person.

The Talos Principle boasts stunning graphics thanks to the combination of the Metal API and Serious Engine to deliver high performance on iOS devices. The game’s innovative finger touch system makes the controls extremely comfortable.

Download The Talos Principle for iPhone and iPad (App Store)