Photography is a great way to preserve the memory of a person. Many years will pass, he will leave this world, and a living face will remain in the picture. It will remind loved ones of what this person was, how many memories are associated with him … True, in the 19th century, the approach to photographs was somewhat different. At one time, staged photographs of dead people even became fashionable. And it was not an isolated whim, but a whole direction in photography. And there are explanations for this.

The emergence of posthumous photography 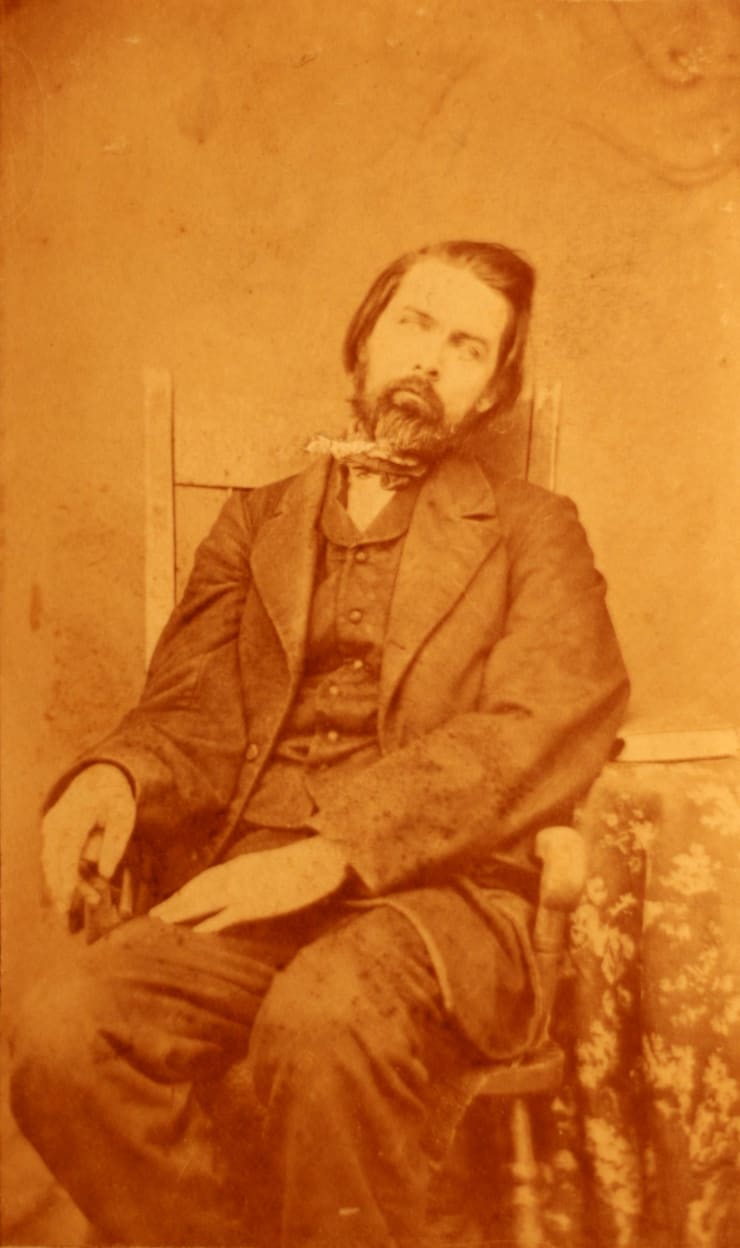 Daguerreotype (an old method of photographing on a metal plate covered with a layer of porous silver) was the first relatively working and mass technology for creating photographs. She appeared in 1839. And if earlier the creation of portraits was an opportunity available only to rich people, now science has provided even the middle class with pictures. The portraits were relatively inexpensive and were created quickly – there was no need to wait for months for the artist to finish his work. People immediately appreciated the new opportunities, because with their help it was possible to preserve the appearance of deceased relatives as a keepsake. And with the advent of new technologies, for example, the collodion process, it became possible to print several photographs from one negative. 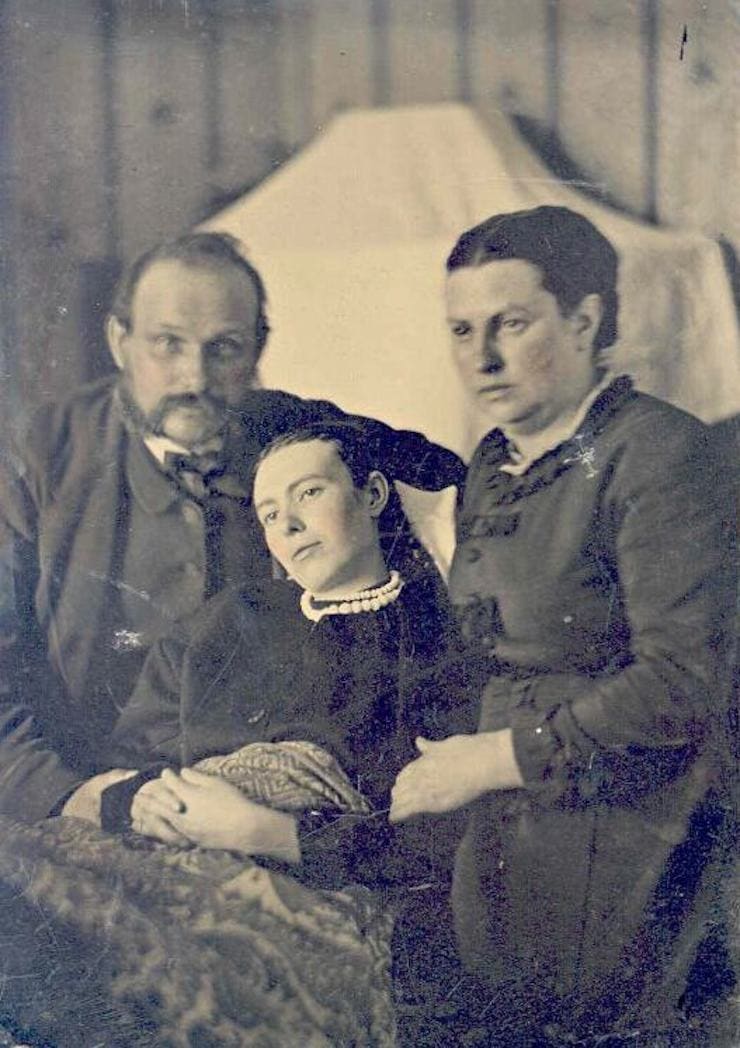 Such photographs reminded of the transience of life, but much more acted as a sentimental monument to the deceased. It even got to the point that people were filming dead children, including newborns. I must say that in that era, infant mortality was very high. Often, the portrait of a deceased child was generally his only one left in the family. At the end of the 19th century, posthumous photography was at its peak. However, in the next century, fashion faded away. Perhaps world wars and epidemics have changed the way people think about death. She began to scare. 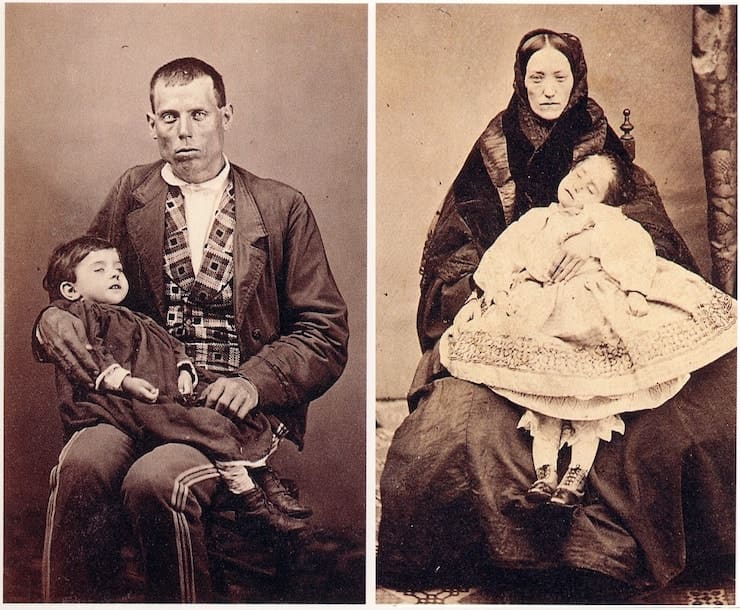 The first representative of this genre, it is believed, was “Self-portrait in the form of a drowned man.” It was created in 1840 by Hippolyte Bayard, one of the pioneers of technology. He photographed himself half-naked in a sitting position with his head tilted to one side and eyes closed. The photo became a form of protest for Bayard, who demanded recognition of his merits in promoting photography technology. 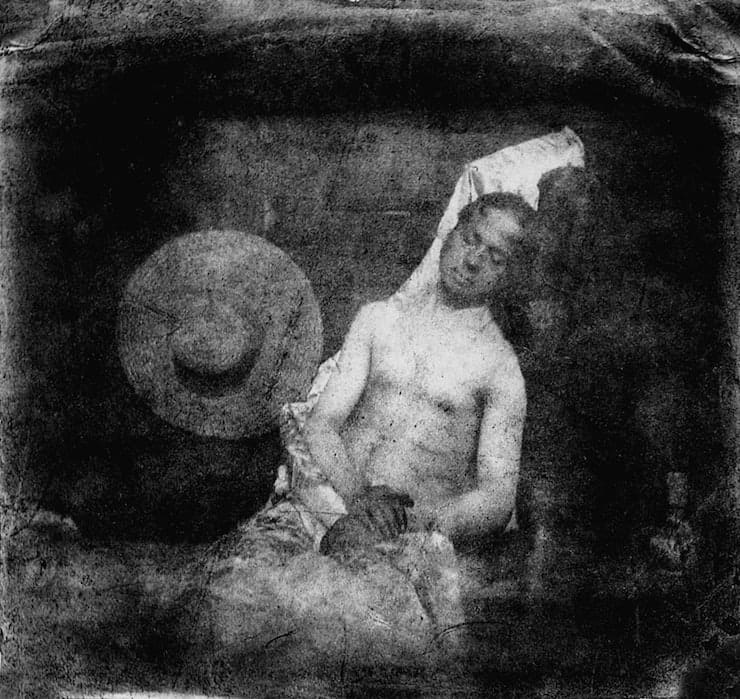 How has the style of posthumous photography changed?

In the first post-mortem photographs (from Lat. Post mortem – after death), the composition was very simple – the face of the deceased was shown in close-up, and sometimes the body even lay in a coffin. But the most interesting thing is what made this genre itself so memorable – photographs of the dead in relaxed and natural poses, as if he were alive or deeply asleep. Children were placed in strollers, on highchairs or sofas, surrounded by toys or dolls. 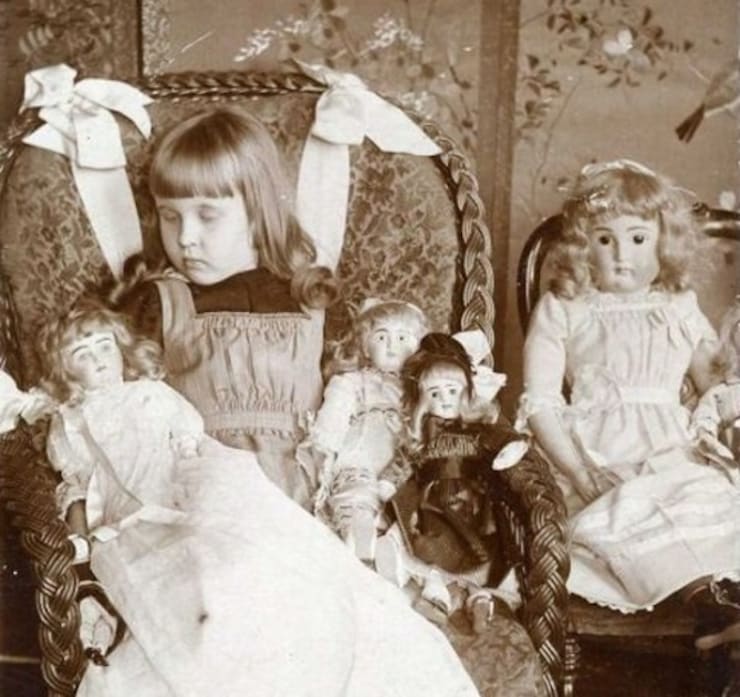 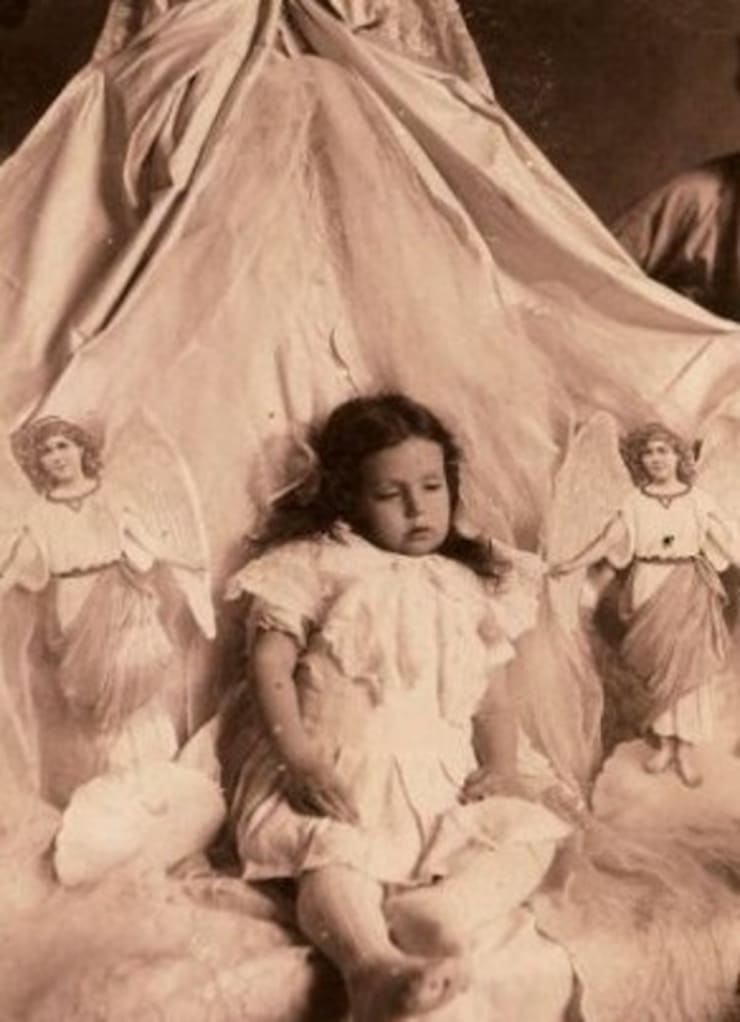 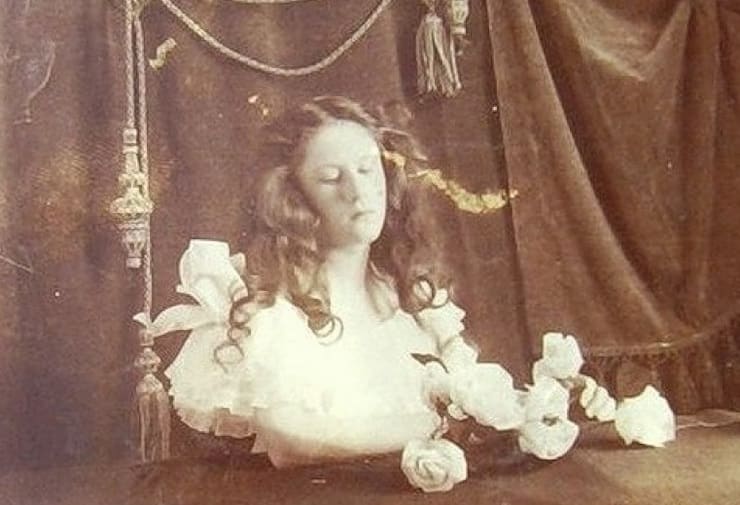 At the same time, group photos were popular, where next to the deceased were members of his family, closest relatives. 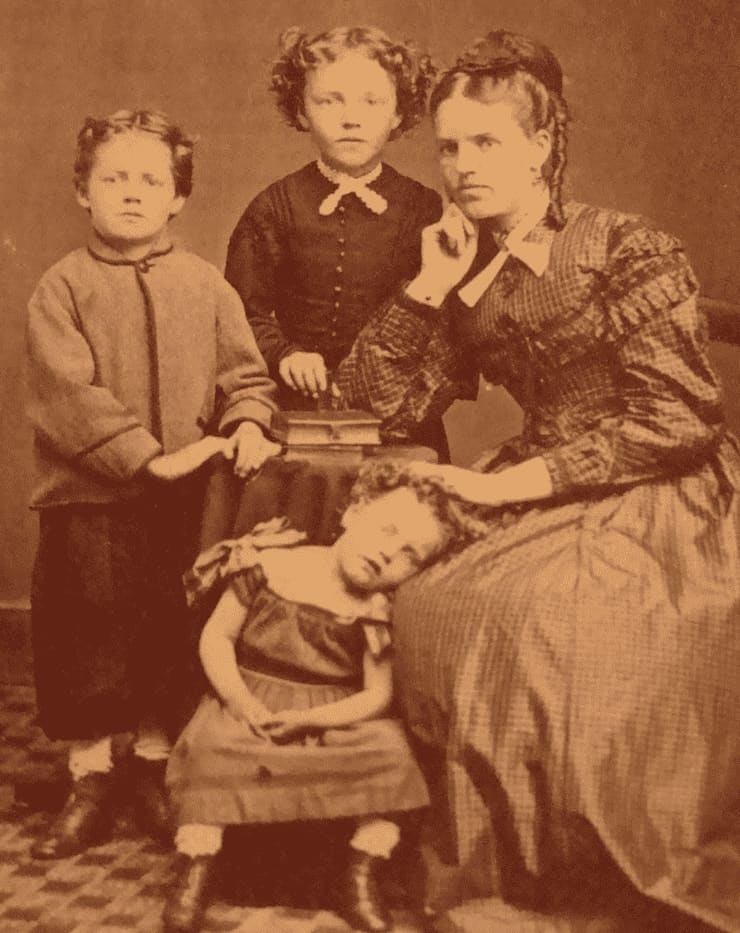 Moreover, the staged shots were made not only in the house of the deceased, but even in a photo studio. The photo below shows a museum exposition showing the process of shooting a post-mortem photo. 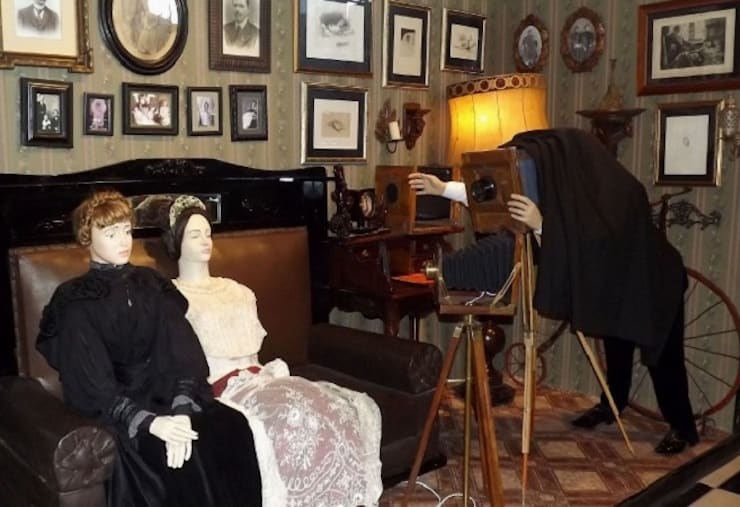 Special devices were used to hold the body in a standing position. And to make the face look as vital as possible, sometimes the artist painted on open eyes on top of the eyelids. The cheeks were browned to hide the pallor. 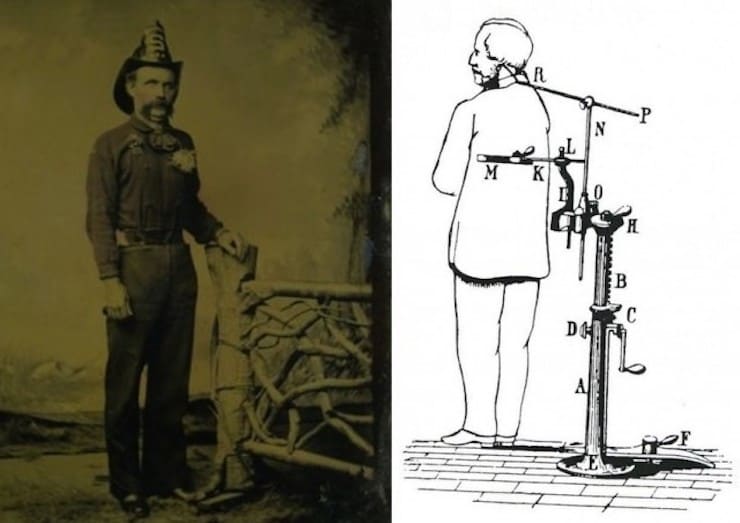 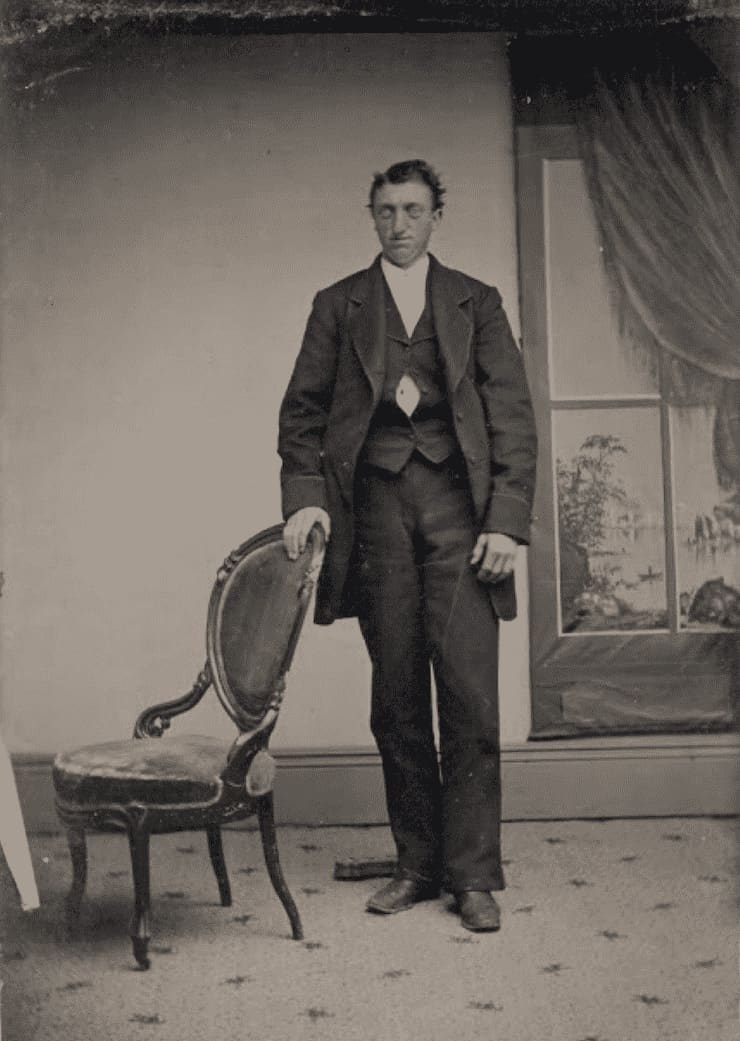 Later, people stopped engaging in such delights, but simply photographed their relatives in a coffin, surrounded by all relatives and friends who came to the funeral. It must be said that such traditions are still preserved in Eastern Europe.

Posthumous photography as an art genre 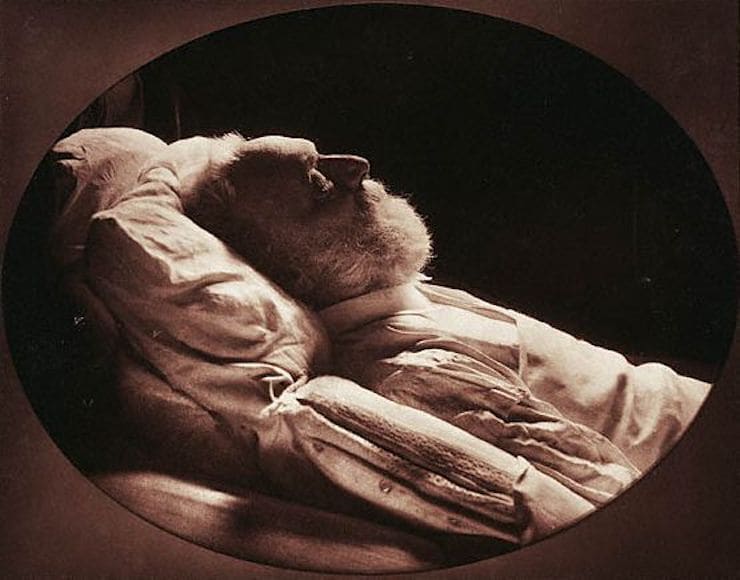 Today, a lot of research is devoted to the art of photography, and posthumous photography is not overlooked. Experts believe that this genre appeared as an opportunity to highlight the difference between the living and the dead. It was later that a variety of subjects was formed, at the same time death became the main theme in photography. In Roland Barthes’ fundamental work on the theory of photography, “Camera Lucida”, a lot of attention is paid to the relationship between the living and the dead, as an instrument of the language of the new fine art.

Posthumous photography not only emphasized the difference between the living and the dead, but also provided another tradition – to depict the living in the form of the dead. We have already talked about the example of Hippolyte Bayard. But this trend has a completely logical explanation. Early photographs were not created instantly; the subject had to pose for a long time due to the long exposure. And it was easy to explain the immobility of the model and the unnaturalness of her posture by death.