Every year, app stores for mobile and other platforms are replenished with, if not thousands, then certainly hundreds of arcade platform games, and it would seem that nothing new in this genre can be invented. However, the developers are still able to captivate gamers with fresh ideas, as Philip Stolenmeier does.

This developer has already released more than a dozen quite popular applications for iOS and Android, such as: Sometimes You Die, Bacon – The Game, Verticow and others, quite original games with simple graphic design. Stolenmeier’s next release – platformer see / saw, the slogan of which was the phrase “Die carefully.” 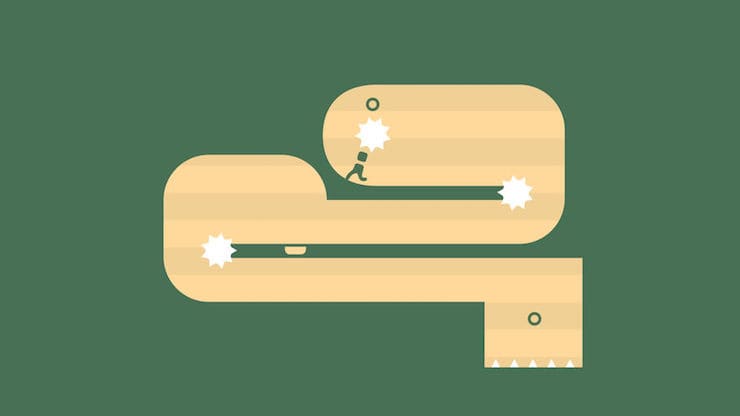 Indeed, the main character in this game has to die quite often. Moreover, in see / saw It does not matter at all whether the faceless man could survive by the end of the level, the main thing is to collect all three rings located at the location. If, in order to get to the desired “asterisk”, you have to plant the character with his head on the spikes of the rising platform or toss him between two circular saws, then so be it. 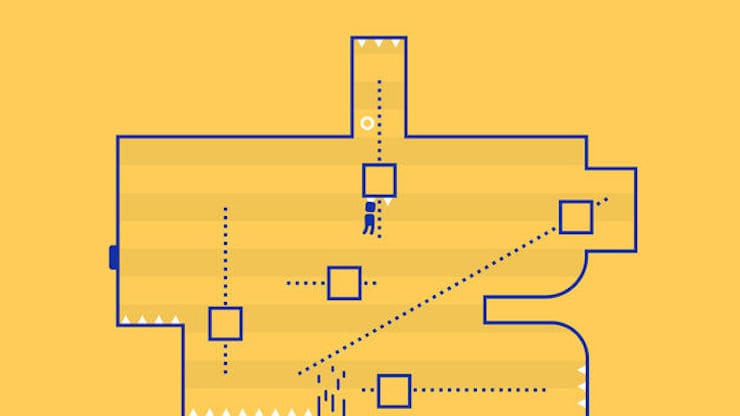 ♥ BY THEME: The best games for iPhone and iPad according to the version of Yablyk: 100 most-most.

However, sometimes the user has the option of choosing – to finish the level, carefully picking up the last ring in front of the wall with spikes, or to fly in there from all over and commit suicide, the result will still be counted.

Game mechanics in see / saw differs from classic platformers, there are no run, squat or jump buttons, instead the user tilts the level to the left or right, forcing the character to move in the appropriate direction. 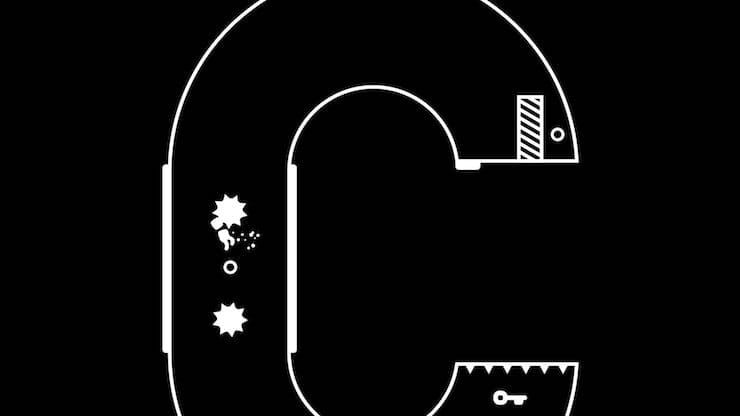 At the same time, there are not so many objects of objects in the game for interaction, as you progress there are jumpers, saws, spikes, mobile platforms. Nevertheless, see / saw quickly attracts with its dynamism, the levels take a few seconds and are quickly replayed in case of failure, and in most cases the player immediately understands exactly how to get around the obstacle on the second try. 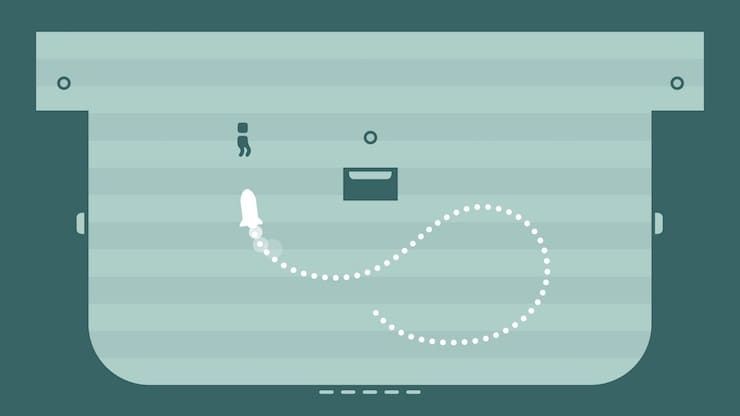 Generally, see / saw perfect for the role of a time-killer, which does not require increased brain activity from the user, here you do not need to solve complex puzzles and even follow the control buttons out of the corner of your eye. The flip side of this medal is replay value tending to zero, but for such games this is quite normal.

The developers describe Hocus as “an elaborate, smart and minimal puzzle game with dozens of levels and an extraordinary design.”

Outwardly, “Hokus” resembles the order-bearing Monument Valley. All that is required by the story from the player is to lead an unusual cube to the exit from the level. At first, this task will not be difficult, but the further, the more difficult. 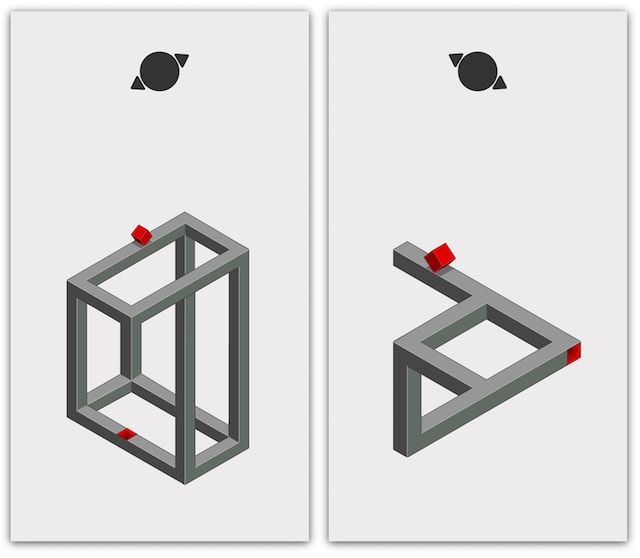 There are 120 levels in the game, new ones are added periodically. In addition, the developers invite everyone to create their own levels and share them with other Hocus fans.

App Store editors note that the game is truly addictive:

Praise of the strict jury was also awarded to the graphics and “soft” music.