The Photos app has always supported basic music integration when creating and viewing memories, but Apple Music subscribers can now add any song from this proprietary music service to their Memories.

When a Memory is selected in Photos, the new Memory Mix will suggest songs based on your previous Apple Music listening history that can be combined with your photos and videos. But you can choose a song yourself for more for improved personalization of the created content.

In addition to listening to songs, memory mixes also offer color filters that can be combined with the memory of your choice and accompanying music to create a specific atmosphere.

How to Add Song from Apple Music to “Memories” from “Photos”

Note: this only works on devices running iOS 15 and iPadOS 15.

1. Launch the Photos app on your iPhone or iPad, then select the tab “For you”…

2. In the section “Memories” select the memory you want to edit. 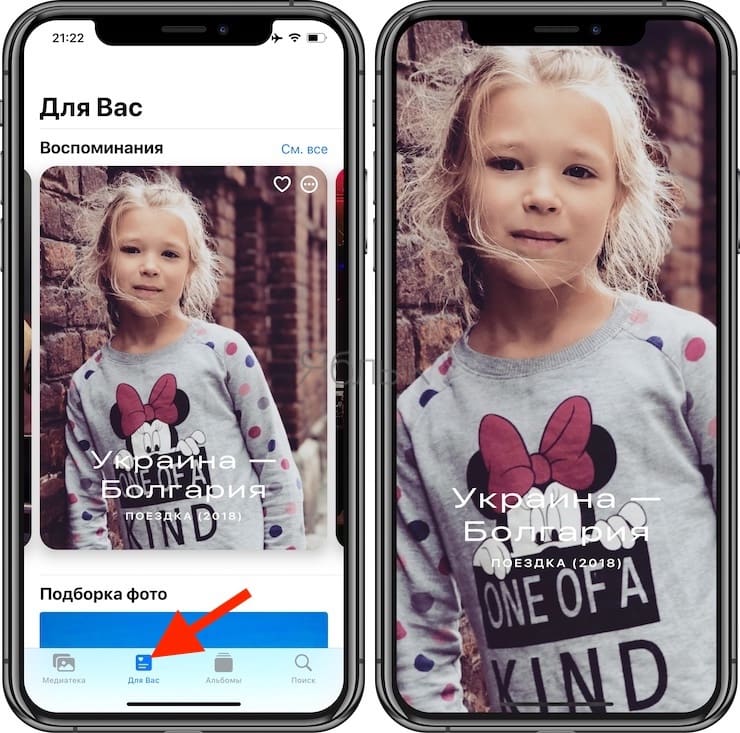 3. Tap the playing memory to display the control overlay. Now tap the icon “Mixes of Memories” in the lower left corner (it looks like a musical note with asterisks).

4. Swipe left or right and the Photos app will use machine learning to match Apple Music tracks with different memories in the best possible combinations. (Use the icon Restart in the upper left corner to rewind the memory.) 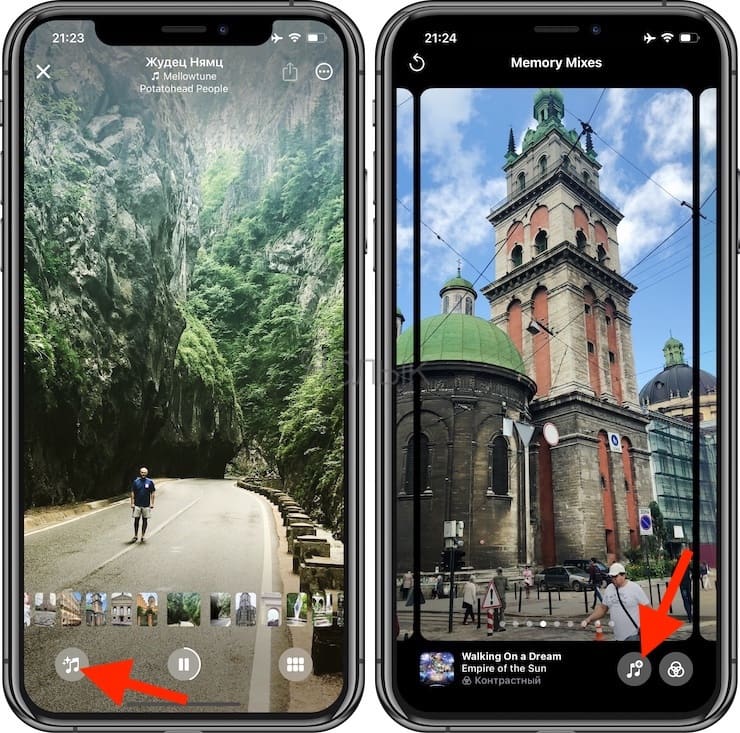 5. If the proposed song seems appropriate to the memory, then just tap the screen. The music and image will be applied to your memory. Alternatively, tap the Music icon (a musical note with a + sign) to select a different song.

6. You can use “Best deals” Apple Music or other service categories, or click the icon “Search” at the top to find a specific song in your music library. 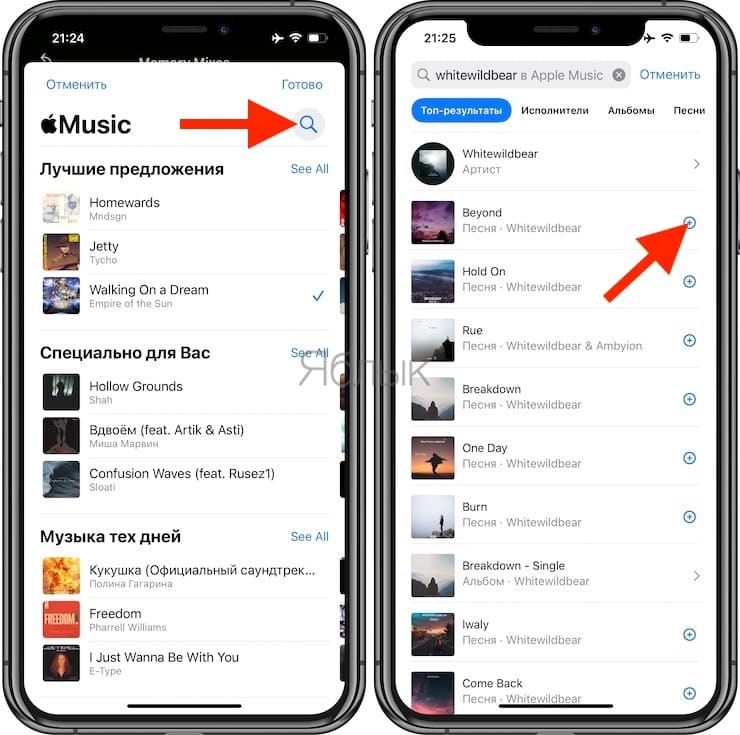 7. Click “Done” when you have selected a song to preview in your memory. Now tap the screen and the music will be saved in that memory.

Periodically, our iPhone or iPad may wake up or disturb the owner with a notification that a new one has appeared “Memory” in the application “A photo”… Usually, “Memory” is an automatically created collection of photos and videos dedicated to an event, place, person, etc.

Starting with iOS 12 in the application “A photo»A new tab has appeared “For you”… In this section, photos and videos stored on iPhone or iPad are automatically combined into various thematic collections. 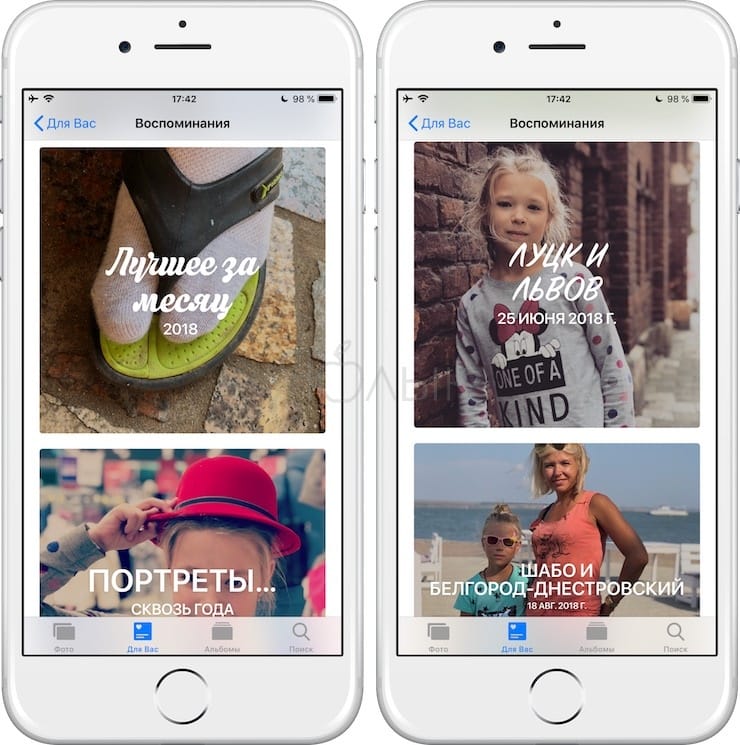 In fact, the operating system itself, without any user involvement, creates a home video about past events: family holidays, vacations, travel. Apple has decided to anticipate user desires by creating the controversial feature “Memories“.

Not everyone is delighted with the idea of ​​collecting old photos from libraries with a device and creating a slideshow based on them.

♥ BY TOPIC: Get instant access to your first or last photos in Photos on iPhone and iPad.

1. Run the application “Settings” on iPhone or iPad.

2. Go to the section “Notifications”… 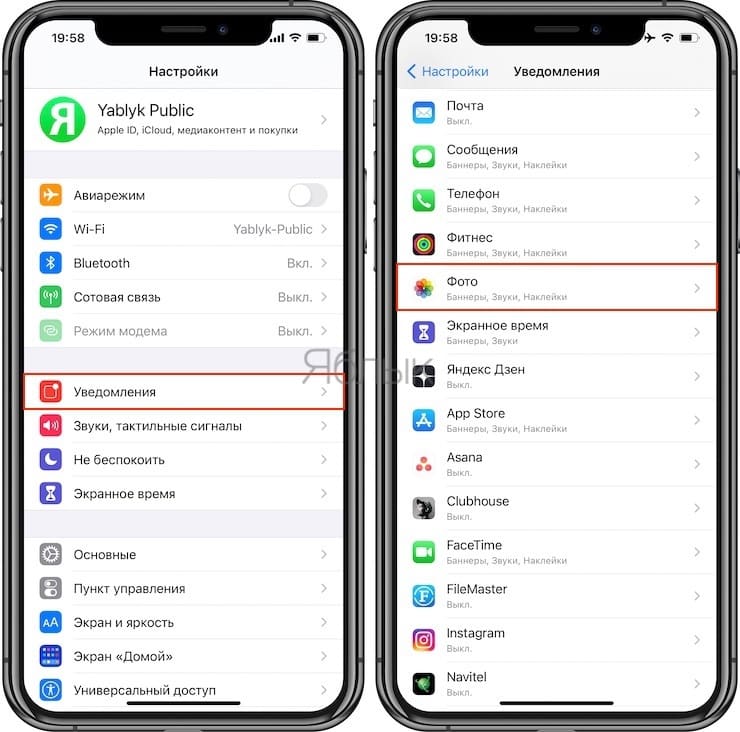 5. Flip the switch “Admitting notifications” into position “Turned off”… 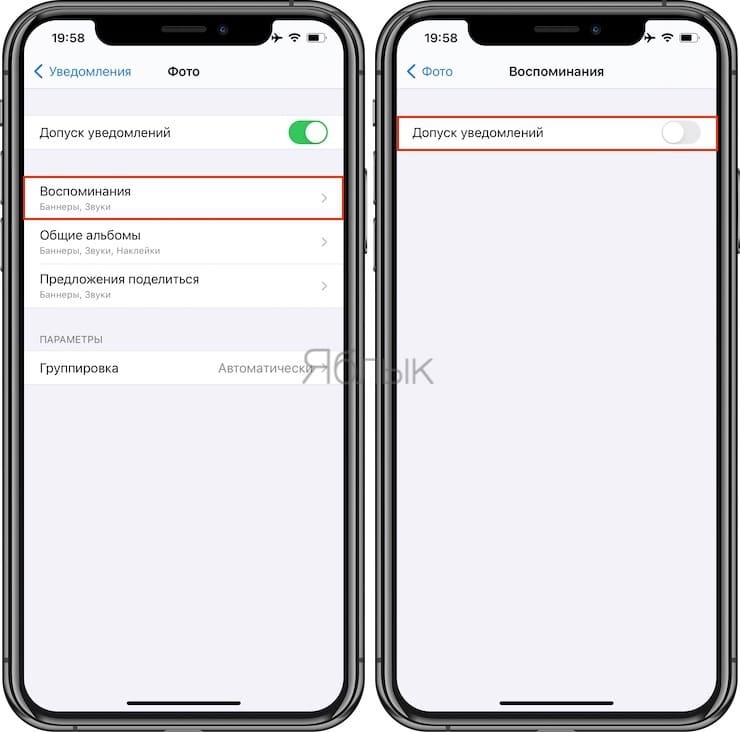 It is important to understand that this method does not disable the application. “A photo” to create “Memories», But only prohibits the sending of relevant notifications.

Long-term loosening of the pillars of “survival horror”, the threat of assimilation from shooters and quests, the loss of identity – all this upsets old-school gamers. A game Forgotten Memories: Alternate Realities for iPhone and iPad by Psychose Interactive is an attempt to revive the genre in the form that is considered to be the standard of the past.

A strong, independent and quick-witted woman, Rose Hawkins once again regretted that in search of a lost child, climbed into this place. Someone’s shelter or a sophisticated trap, according to indirect indications, built just for her? Strange amnesia and the surrounding interior interfere with acting rationally devilishly – Rose is clearly aware of how her hidden fears materialize with each step. But the investigation must continue …

Game designers, armed with many years of experience, went the tried and tested path, betting not on gothic beauty and rich picture detail, but spending the lion’s share of effort on secondary elements. Entering the spacious hall, you will want to walk on tiptoe – the sound of your own footsteps echoes in a frightening way, masking something sneaking up.

A random shadow, a strange rustle, an unnatural element among the usual landscape or the grotesque humor of the local inhabitants will inform about his approach. You are very vulnerable and the loss of strength dramatically worsens the situation – the environment palette is replaced by monochrome halftones, making orientation difficult.

Drowning in your own thoughts or, on the contrary, clenching your teeth and focusing on the goal is very competently interfered with by the rich voice acting (of course, it is best to play with headphones) – the space around is not at all dead. To avoid spoilers, it is worth limiting ourselves to this fact: Guy Cihi and David Schaufele were involved in the work on the soundtrack of the game. The very ones whose voices speak the key characters of Silent Hill 2.

The control system is familiar to gadgets with a touch screen – with gestures on the left side of the display we indicate the target, with the tap on the right we select an active action or change the direction of view. There are not many buttons and we are not allowed to act as we please, for example, we cannot strike while running. You have to learn to think quickly and notice the details, fortunately, the control accuracy is very high and the mistakes usually lie entirely on the player’s conscience.

In the best traditions of the genre, we do not have reliable assistants – the batteries for the flashlight are discharged right before our eyes, there is an eternal shortage of medicinal products, the structures are unreliable, and weapons made from improvised garbage are ineffective. Terminals are scattered on the territory – using the found electronic diskettes, you can create save points. No “checkpoints” and quick saves, since this is not at all canonical, in addition, instead of stereotyped monsters, we will have enemies that can adapt to what is happening around.

Thanks to the tremendous work done by the developers, spending time at Forgotten Memories is really fun. Excellent, if I may say so about the focus of nightmares and horrors, the atmosphere, with great sound, lovingly written details and a lot of surprises. On the aesthetic side, the game is almost flawless and the words about a return to the legendary masterpieces of the old school were added to the description for a reason.

The game is unfair, openly hostile to the player and provokes a lot of resentment among gamers with its complexity. The stakes are high by default, there is no forgiveness for mistakes, the gameplay is full of difficulties, although the project cannot be blamed for the intention to confuse the players. They only embodied the classic model, when the protagonist is obviously the weaker of everyone and everything, and therefore almost anything is a danger to him. Coupled with the atmosphere of purposefully injected horror, this may alienate those who are used to frivolous remakes with the label “survival horror”, but this is exactly what was intended.

The complete passage of Forgotten Memories takes from 4 to 5 hours and it is not recommended to rush through, since when you try to plunge into the game again, you will find little new. Accusations of the linearity of the plot are unfounded, just after meeting the most sophisticated attempts to scare you next time they will no longer cause such a vivid emotional reaction. And it is a key element and main advantage of the project, quite rightly positioned as an attempt to revive the standards of the genre.