Surely at least one of you, dear readers, thought, “Why is the button Command on my Mac is marked with this strange symbol: ⌘“. The key could well have been labeled with the Apple logo (), but some people didn’t really like it at the time. Who is this man? Steve Jobs… This story happened back in 1983 …

The progenitor of the modern computer interface, as Susan Kare is called in our time. She worked on many of the icons, fonts, and other graphics that we still see on many operating systems today. In the distant 80s, Car worked with such large corporations as IBM, Microsoft and Sony. She also developed icon designs for Steve Jobs, in project Macintosh… Back in 2014 at a design conference e.g. Susan Kare explained why the Command key on Mac has the logo “⌘“, Not”  “.

Button Command  was used everywhere in the trial version of the apple operating system. However, once Jobs got to the prototype, he didn’t like the abundance of “apples” in the interface. And as you know from the biography, the co-founder of Apple was passionate about design and worked on many little things to create the perfect product. And so it happened with Macintosh… 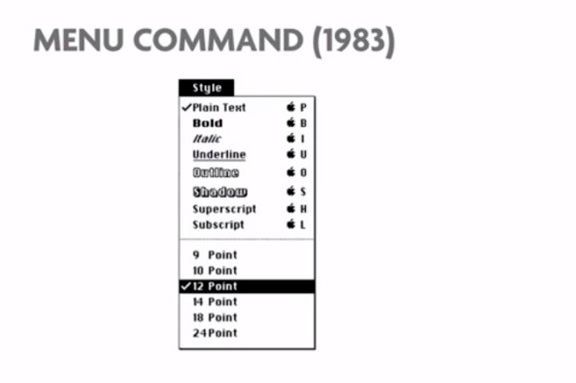 “Apples” in the Mac OS interface

Still, Susan found a compromise, because she is a professional in her field. Leafing through a book with symbols, she came across the icon ⌘… This sign denoted “interesting features”, and as she learned many years later, this was the designation of castles in some places. The symbol, similar to a four-leaf clover, and, according to the lending, bringing good luck, fit perfectly into the rectangular button, satisfied Steve Jobs and entrenched in this place to our times. 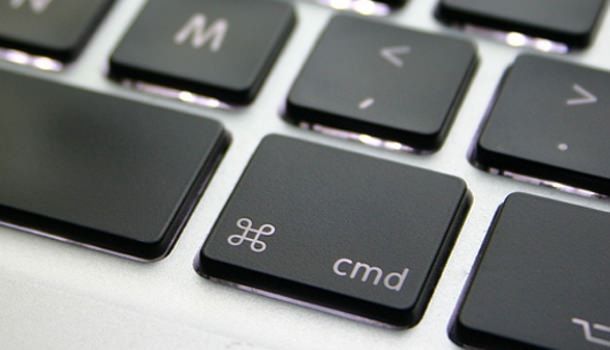 The pioneer of pixel art, as she was nicknamed for the development of many pixel fonts, Susan also worked with Jobs and then, for example, drew graphics for a failed project. NeXT… She later became a freelance graphic designer, quite famous in the modern technology industry. Companies like Facebook, Nokia, Logitech have used and are still using her services.

If many are already familiar with the history of the creation of Apple, as well as with the main milestones of the biography of Steve Jobs, then not everyone knows the question of where the logo with a bitten apple came from and what it can symbolize.

The story began with the first steps towards creating your own company of two Steves – Jobs and Wozniak. Having a good stock of knowledge, creative enthusiasm, big ambitions and a garage for a warehouse, co-founders Apple set about developing the first computer models based on the MOS Technology 6502 processor.

♥ BY TOPIC: The hidden meaning of logos of famous companies.

Of course, soon the question of the name of the company was to arise, and here Jobs and Wozniak were quick-witted. “Apple” was a forced word chosen solely to “overtake” Atari in the telephone directory. After successfully registering, Apple needed to think about creating a logo.

And here it should be noted that Jobs and Wozniak very successfully chose a name for their offspring. Such a name quite obviously gave scope for the designer’s imagination, which was confirmed later. The first of the hired artists, without thinking twice, connected the apple and progress in his mind and received Newton’s output. Thus, Jobs and Wozniak got their first logo, which, to tell the truth, turned out to be cumbersome and slightly inconsistent with the company’s activities. And although the efforts of the designer, the apple in the logo began to be associated with insight, progress and scientific achievements, the performance was lame, therefore he was not destined to accompany the company for a long time.

♥ BY TOPIC: What the first logos of Apple, Playboy, Pepsi, Mercedes and other famous companies looked like.

Re-entry Apple made by contacting Rob Janov from Regis McKenna advertising agency. The designer later recalled that the work began with a meeting with Jobs, who brought the artist Apple ii, apparently for added inspiration. After the conversation, Yanov went to the nearest store, bought a whole bag of apples and brought them home, began to experiment with the form. The designer cut the fruit into slices, in half, length and breadth, trying to find the right proportions, but the solution turned out to be much simpler – that is how the bitten apple appeared on the logo Apple.

However, there is a version that the designer did not bite the apple, but simply had to draw it as such, because the whole fruit came out like a tomato. They also say that a piece was taken from the fruit due to the consonance of the words bite (bite) and byte (byte).

Initially, the image of the apple was monochrome, but just at that time was preparing to exit Apple ii with a color display and Jobs felt that the logo should also be in color. Yanov hastily painted the image and it existed for 23 long years in this form. By the way, the boss of an advertising agency tried to dissuade the CEO Apple from the use of color printing, citing the high costs of printing services, but Jobs insisted. Only in 1998, the image of the apple again became monochrome.

Evil languages ​​claimed that the logo was a variation of the flag of sexual minorities, but this is not so. Apple colored apple appeared a year earlier the rainbow flag by designer Gil Baker.

In addition, there were several more interpretations of the fruit symbol. First, in the Middle Ages, alchemists used the graphic image of an apple as a symbol of knowledge. With this non-trivial interpretation, the legend about the first computer sold by Jobs and Wozniak for $ 666.66 curiously echoes. Secondly, an apple is a forbidden fruit from the Tree of Knowledge, which according to Old Testament texts was tasted by Adam and Eve.

Thirdly, Alan Turing, a famous scientist, creator of the theory of artificial intelligence, bit a fruit with cyanide.