In 2005 Oddworld: Stranger’s Wrath was considered one of the best gaming projects by Electronic Arts, but ended up as a failure. Nevertheless, the bosses of the eminent publishing company decided that it was too early to bury the game – after the version for iOS devices, a port was also implemented on Apple computers.

Note that at the time of its release, the game was highly appreciated by the reviewers of the leading thematic resources. However, it did not bring high income – owners of PCs, as well as game consoles from PlayStation and Nintendo received versions for their platforms only 6 years after the release for Xbox. At the end of 2014, the game was ported to iOS, and at the beginning of 2015 it became available to Mac users. 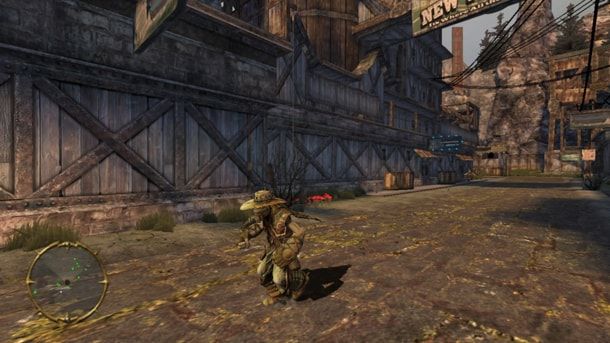 Carry Oddworld: Stranger’s Wrath to any genre is quite difficult. The gameplay is highly dynamic, while the game is played from the first and third person, combining the features of 3D shooters, platformers and RPGs. In the story, the main character acts as a bounty hunter. He catches criminals and hands them over to the sheriffs for a fee. However, this is not at all a Western from the southern states of the United States – the characters, weapons and locations here are fictional. For 20 hours of the action promised by the developers, the player will have to be surprised at the creators’ imaginations more than once Oddworld: Stranger’s Wrath…

The cost of the game is quite justified – soundtracks by Michael Brosso, a whole team of scriptwriters, almost a year of work on graphics optimization.