Barely a decade ago, anyone would have guessed that the popularity of the social feed photo app would reach this level – today, many people pay more attention to their alter egos on Instagram than to their own children. At the same time, the audience of the service has grown so much that some companies are ready to pay more for an advertising post in the Instagram feed than for TV commercials.

♥ BY TOPIC: Invisibility on Instagram, or how to see when the user was online and how to turn it off.

The huge popularity of the social network at times increased the value of accounts, which means that there were those who wanted to get these same accounts dishonestly. At the same time, not only owners of promoted profiles that can be used to earn money (spam mailings) are exposed to password theft, but also ordinary people who are hacked by automatic means (account data enters the database of similar ones and is subsequently used or sold by attackers) or acquaintances from personal motives.

♥ BY TOPIC: Private profile on Instagram: what is it for and how to do it.

Be that as it may, losing an account, in the promotion of which a lot of effort and time has been invested, is rather unpleasant, and protecting it is not so difficult. It is enough to activate two-factor authentication and link your own phone number to the profile, after which the fraudster will not be able to access the data, even if he has the correct password at his disposal.

1. Open your profile page in the Instagram app, go to the menu More (icon with three horizontal lines) and select a section Settings. 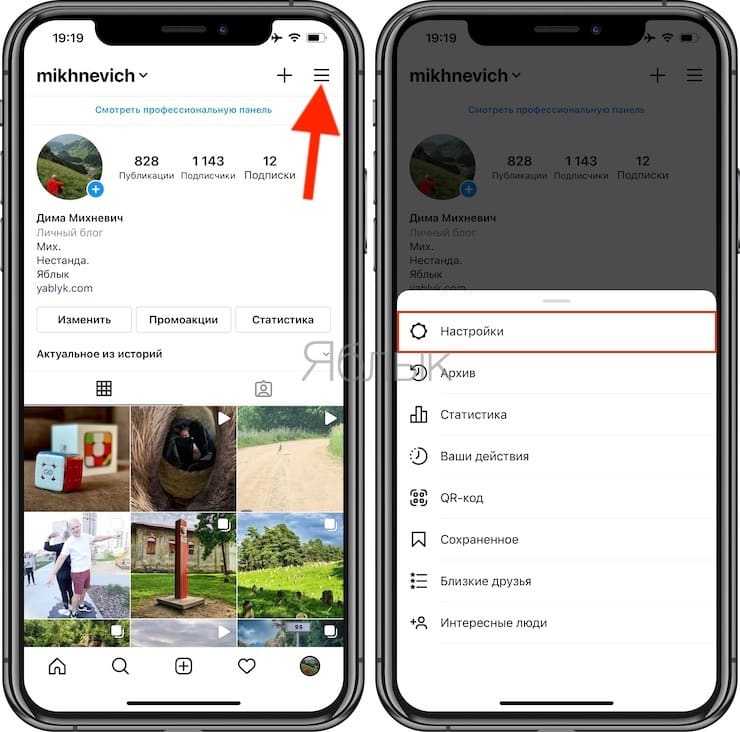 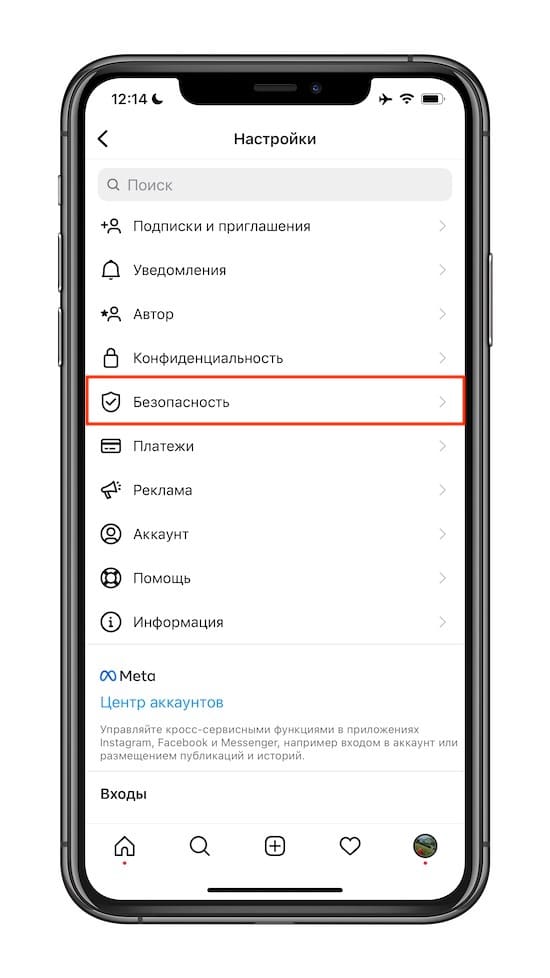 3. Select from the list Two-factor authentication and press To begin. 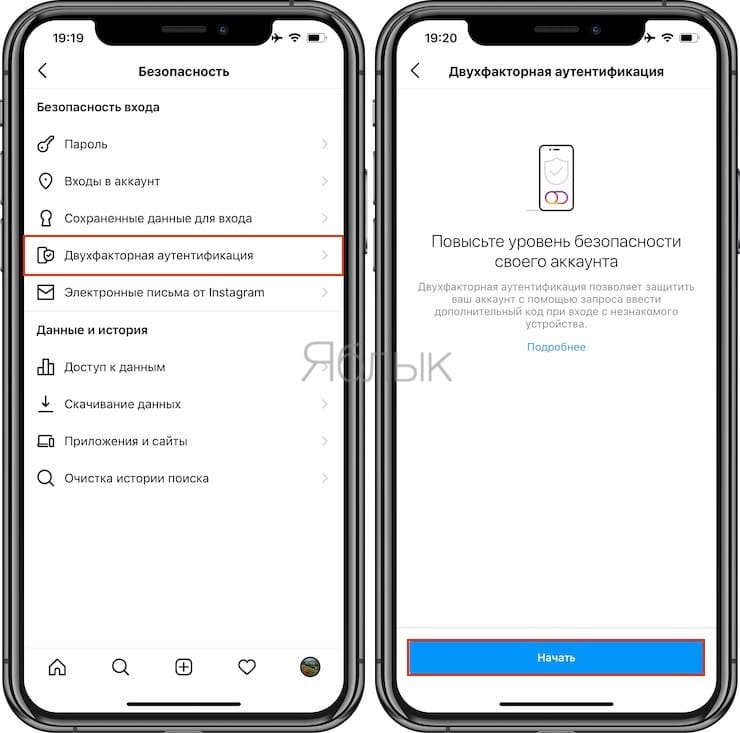 4. Activate the SMS toggle and add your phone number. 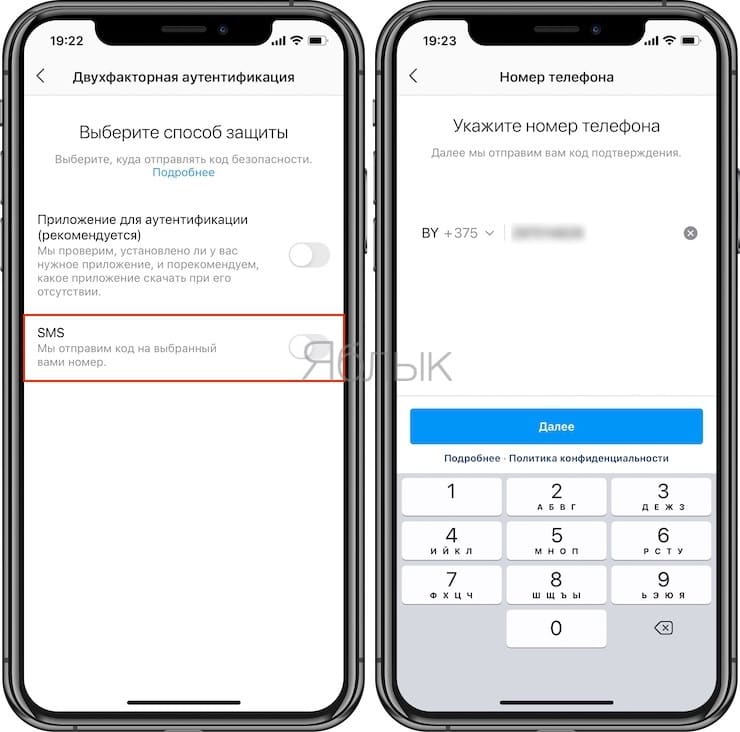 Note: The Instagram administration recommends using an authentication app to protect your account. However, as practice shows, this method complicates the process of restoring access to an account and can greatly confuse the user.

5. After adding a phone number, click the button Further and wait to receive an SMS with a confirmation code from Instagram, enter the received code in the appropriate field and click Next. 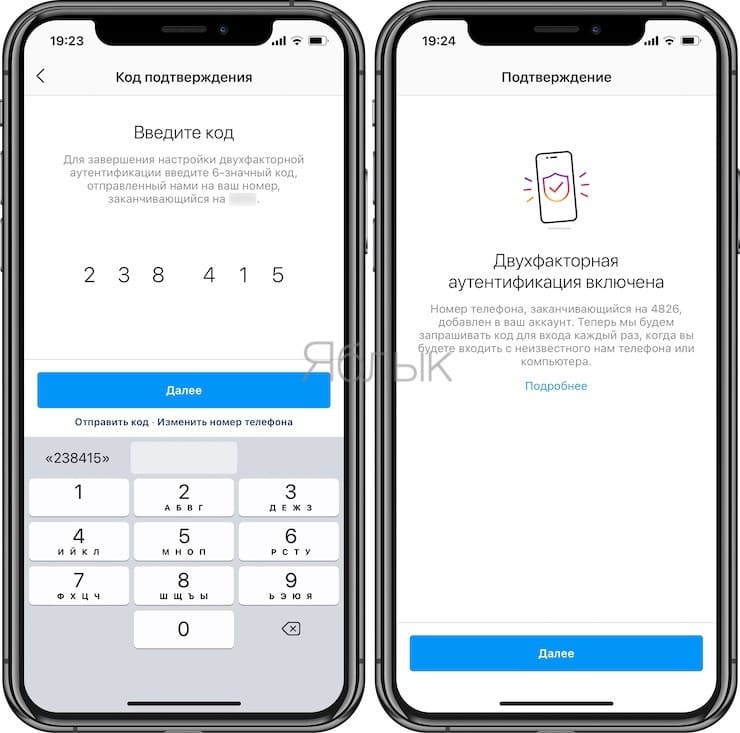 6. In order to access Instagram when you are unable to receive SMS from Instagram (for example, in another country or if you lose your SIM card), go to the section in advance Backup codes, copy and save the access codes. 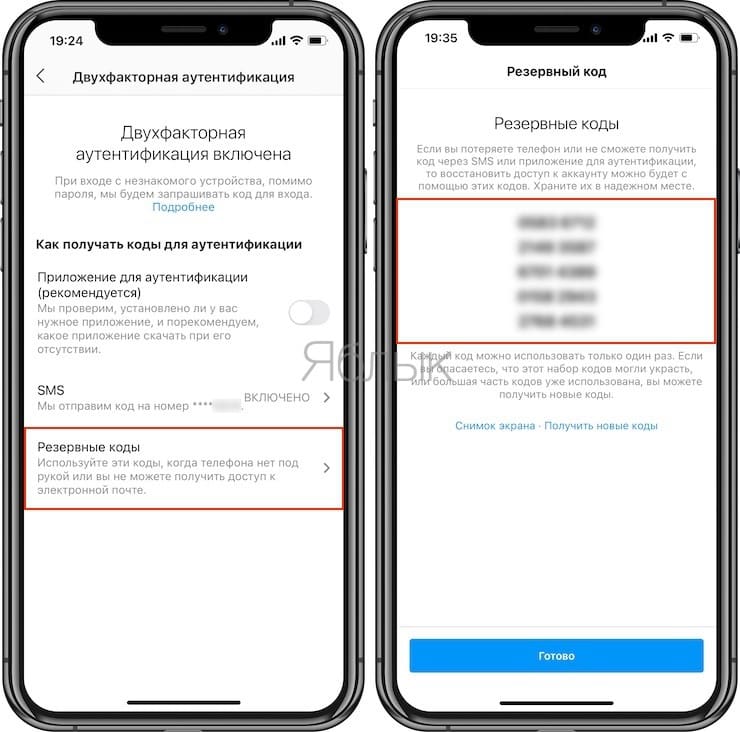 Until recently, access to an account using a one-time, short-lived password in an SMS message was considered a simple and reliable barrier for cyber villains. However, hackers have learned to bypass the two-factor authentication of Internet accounts.

♥ BY TOPIC: Viruses on iPhone: Can you infect an Apple smartphone?

Hackers by any convenient means get a login and password from a certain user’s account in the Google service. This is mainly done through phishing. The user receives a fake letter allegedly from the Google administration, the text of which says about the need to urgently go to the site in order to take any action related to ensuring the security of the account. An unsuspecting user follows the link in the letter and ends up on a fraudulent site that looks exactly like an official one; enters his username and password, which are instantly received by hackers.

Finding out the phone number to which the account is linked is also not difficult. But no one is in a hurry with further hacking, instead, an SMS message is first generated in the style of the service’s official messages with a fake notification. Say, an unauthorized attempt was made to log into your account, but we caught the hooligans by the hand.

To avoid blocking your account and prove that you are its true owner, send us the verification code from the following SMS.

The message contains reliable data – the IP address and login, its style copies the real messages of Google technical support, so the victim is worried, but does not feel the trick, thoughts slide in a different direction.

Then everything is played out in minutes, since the code lifetime is short:

In fact, instead of the fact of a security breach, there is a deception, enticing a confidential key from a gullible user. Claims against Google? Why – two-factor authentication worked as described in the standard and user agreement. Another thing is that when it was created, they did not think about “protection from the fool”, no matter how offensive it may sound to millions of people.

What can be done?

The key information for hacking is the login-password link – if hackers have something to hook on, it makes sense to launch an attack. They can extract this data in a thousand and one ways, but often the most careless users suffer. For example, Mark Zuckerberg, embarrassed by his super-password “dadada” in several accounts. Giant databases are regularly stolen and leaked to the Internet – make it a habit to use different, beautiful and complex passwords, as well as change them at least once a quarter, and not when it’s too late and offensive.

Security experts recommend reading the texts of messages from robots of services, even if you receive dozens of them a day. What if you notice in time that Facebook is specified as the addressee, and you are using a Yandex or Gmail account? Attackers are constantly changing their identities, but because of minor inconsistencies in the scheme of work, they can be brought to clean water. If you are asked to follow a link, look at the symbols, it may be a phishing page. And if there is any doubt about anything, it is better to notify the security service once again. It’s easier than taking back your account.