These two brands are closely related to sports, constantly competing with each other. And the most interesting thing about this business confrontation is that the famous companies Puma and Adidas have common roots. The history of the emergence of brands is worthy of the plot of an exciting film (which, by the way, was released in 2016 under the title “Duel of the Brothers. The Story of Adidas and Puma”).

There was a place for family secrets, intrigues, quarrels, enmity and drama – all against the backdrop of critical events for the world. This plot is really unknown to the general public, but clearly interesting. What do Puma and Adidas have in common? 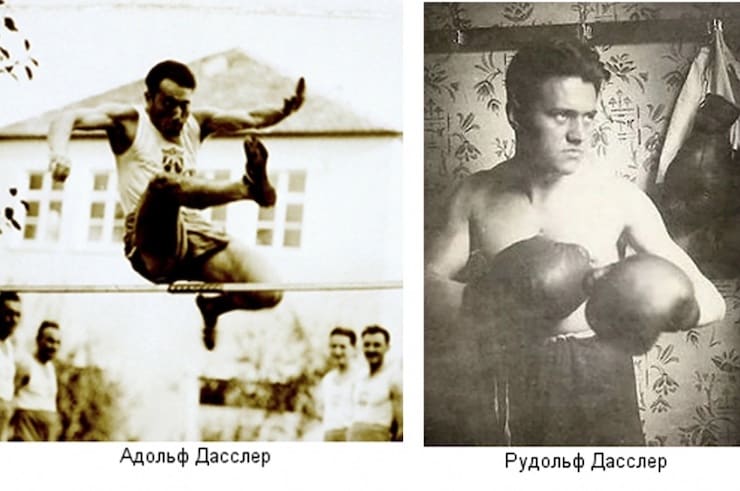 Rudolf Dassler was born in 1898 in the German town of Herzogenaurach. The boy became the third child in the family, and two years later his brother Adolf was born. The family was not rich, so the children, as they grew older, had to help their parents. At first, they helped the laundress mother with laundry, ironing and laundry delivery. The matured guys began to work in a shoe factory with their father. Rudolph and Adolf managed to take part in the First World War, and upon returning from the front, the youngest son continued to help his father.

The Dasslers did what they knew how to do – shoes. New times imposed certain requirements – shoes for the disabled were in demand, of which there were many. And in war-torn Germany, the poor did not have the opportunity to purchase high-quality shoes. It had to be made from decommissioned military clothing, and the sole from automobile rubber. But Rudolf decided to build his own destiny, he worked as a policeman in Munich, then he tried to find himself in sales there. By 1924, the Dassler family business had become strong, Adolf invited Rudolf to start creating shoes for athletes. But the older brother did not have the opportunity to contribute his part of the capital, which is why the typewriter became his contribution. The factory rented buildings and hired 25 people

In the new company with the unpretentious name of Gebrüder Dassler (Dassler Brothers), both continued to do what they did best. Adolf made shoes and Rudolf sold them. Adolf, unlike his brother, was not a born businessman – his main passion has always been sports. Even at 75, the German played tennis and swam in the pool. 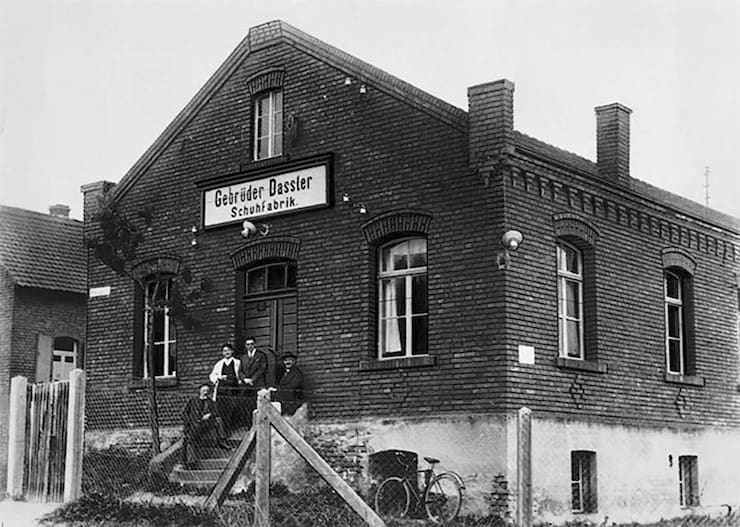 I must say, the company’s business quickly went up the hill. The fact is that Adolf came up with the idea of ​​supplying shoes with spikes, they were made by specially hired blacksmiths, also brothers, Zelein. This made it possible to increase grip with the surface, and orthopedic insoles added to wearing comfort. By 1927, the brothers were already producing 100 pairs of shoes daily. Rudolph actively promoted the family product – at the 1928 Olympics, several athletes wore shoes from the Dasslers. The change of power in Germany also helped this business – the National Socialists paid more attention to sports. At the 1936 Berlin Olympics, the brothers made a risky deal for Jesse Owens, a black American, to wear Dassler shoes. But he won four golds, glorifying both himself and his sneakers. The Dassler business prospered, they bought the previously rented building, erected a third floor in it, and launched a second factory. The company produced a thousand pairs a day, athletes of several disciplines used its products. But inside, disagreements accumulated between the brothers …

Back in 1933, the Dasslers joined the National Socialist Party. That’s just cooperation with Jesse Owens gave rise to a family conflict. Adolf began to doubt the correctness of such an attitude towards people of other races, but Rudolph supported the policy of the party. The outbreak of the Second World War did not contribute to business – sports receded far into the background. The company was nationalized and was now required to produce footwear for the military. Adolf remained at the helm of the company, but Rudolf visited a concentration camp, and then an internment camp.

After the war, the company for some time produced hockey skates for Americans, receiving decommissioned ammunition as payment. Hired workers received wages in goods and firewood. The period of denazification was given to the brothers with difficulty – the accumulated grievances led to complaints against each other and the final loss of trust. In 1948, the Dasslers decided to split the production, especially since their father had already died. 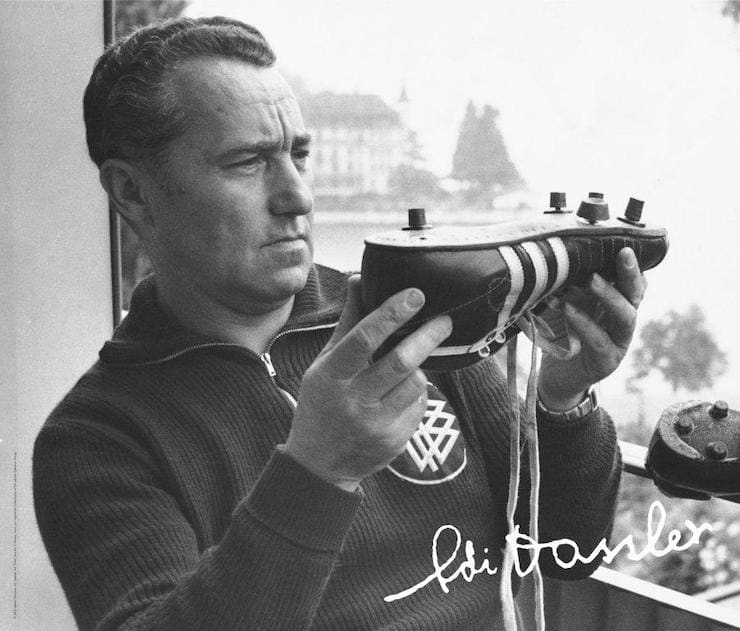 The company went through a division. Most of the employees decided to stay with Adolf, who, nevertheless, understood more about shoe production. His company was named Addas, from the addition of parts of the name and surname Adi (from Adolf) + Das (from Dassler). 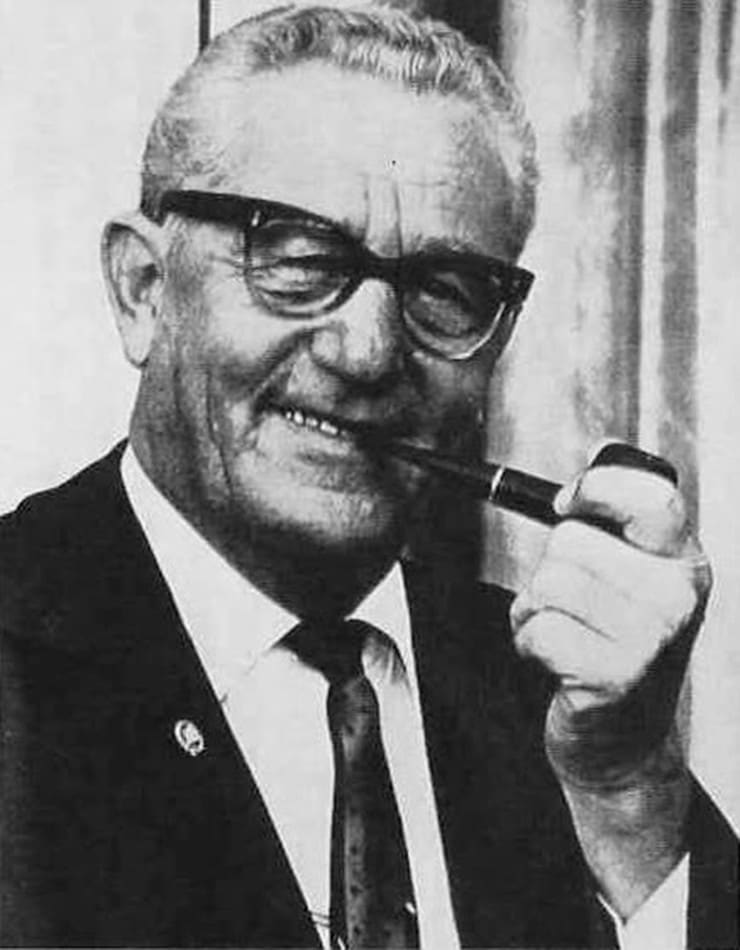 Rudolf named his company Ruda. The younger brother stayed in the old building, while the older brother took over the empty second factory, which was closed due to the war. Nobody wanted to leave their hometown. A few months later, the companies changed their names to more euphonious ones – Adidas and Puma, a fundamental rivalry unfolded between them.

The workers were also at enmity, refusing to sit at the same table with fellow competitors. Yes, and the brothers stopped talking, occasionally meeting only secretly. The companies were constantly suing, suspecting each other of espionage, even the city was divided into two camps. Puma and Adidas fought for contracts with the national team and with Pele, breaking the agreements and further exacerbating the feud. 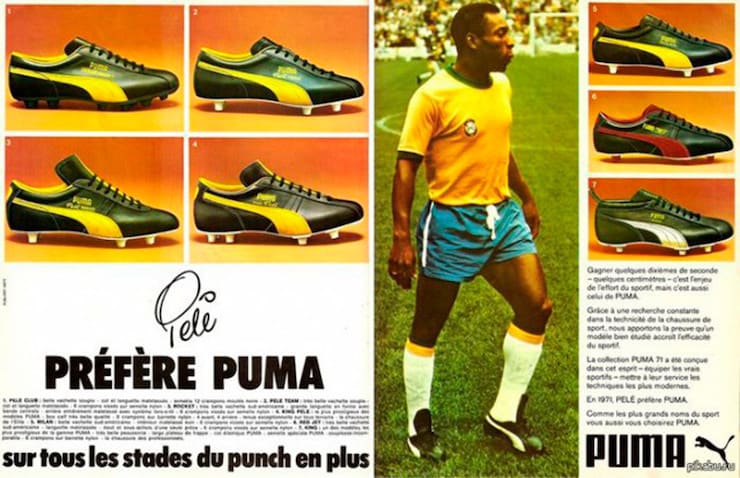 Stars such as Muhammad Ali, Zinedine Zidane and David Beckham used Adidas products, but Puma attracted Boris Becker, Martina Navratilova to their side … 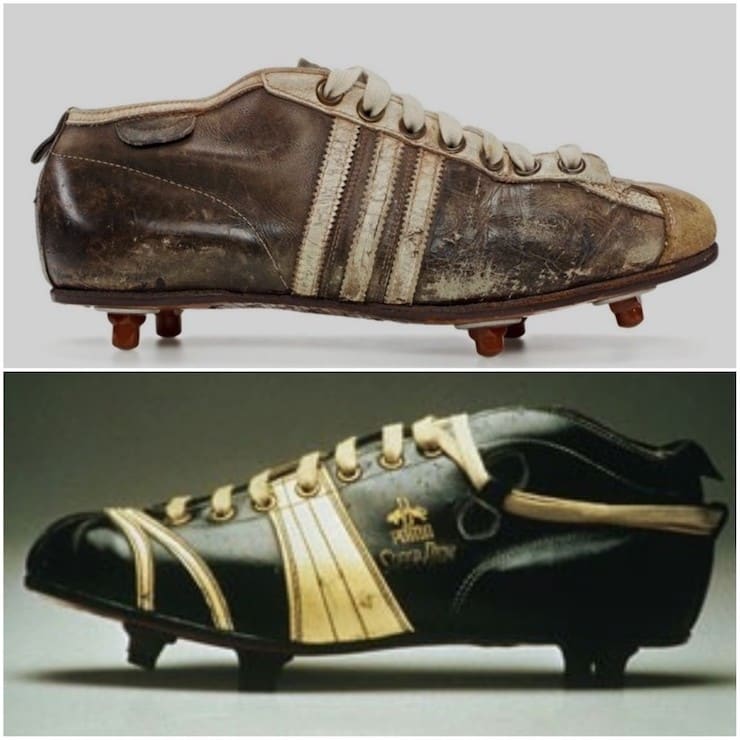 In 1974, Rudolph was diagnosed with lung cancer, his brother did not respond to a request to come, saying only about his forgiveness of the dying. Even Adidas officially declined to comment on the death of Rudolf Dassler. Four years later, Adolf also died. Both brothers are buried in their hometown, but fundamentally in different parts of the cemetery.

Puma was led by the son of the founder, Armin. He managed to make an international brand out of a provincial, in fact, company. Over time, family companies became joint-stock companies. The war has reached a new level, but has clearly reduced its intensity. The story of the life and rivalry of two brothers formed the basis of a film shot in 2016. Unfortunately, Rudolph and Adolf never reconciled, but their enmity helped two significant global sports brands to take place.

Two men named Steve were able to change our world by creating Apple. They can be considered like-minded people, but they were very different people. Unsurprisingly, they eventually parted ways.

Do you know these two innovators well? Do you really feel the difference in the character of Jobs and Wozniak, are you familiar with the facts of their biographies? Try to test yourself by passing our little test (scroll through the test widget to go to the next questions).

Two men named Steve were able to change our world by creating Apple. They can be considered like-minded people, but they were very different people. Unsurprisingly, they eventually parted ways.

♥ BY TOPIC: How to make a brazier, an aquarium, a bench, a lamp, a mailbox, motorcycle trunks, etc. from old Macs. (30 photos).

Do you know these two innovators well? Do you really feel the difference in the character of Jobs and Wozniak, are you familiar with the facts of their biographies? Try to test yourself by passing our little test (scroll through the test widget to move on to subsequent questions).