Starting with iOS 11, Apple Maps has received a virtual reality mode that allows you to view objects in 360 degrees. The feature is linked to Flyover mode, which displays satellite images of objects in 3D, and works using the new Apple ARKit framework.

♥ BY THEME: How to create location-based reminders on iPhone.

In order to use the new option, just open the Maps application on a device with iOS 11 or a newer firmware version installed, find in the search an object for which the mode is available. Flyover… 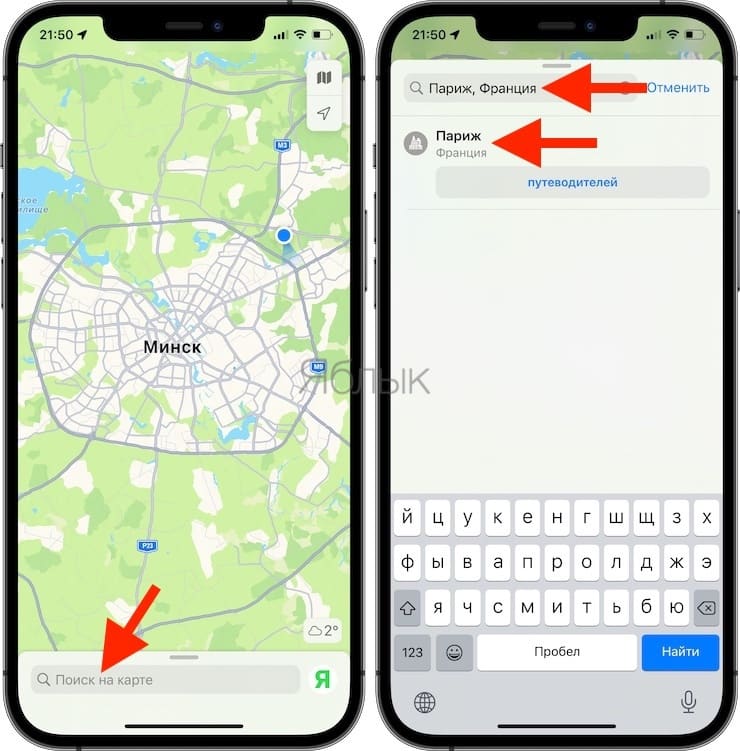 After pressing the Flyover button, you can move and rotate your mobile device in space to view the landscape in virtual reality.

WOW? There is an VR mode in Apple maps on iOS 11! It seems to use ARKit for positioning! pic.twitter.com/IdXiGoed26

♥ BY THEME: How to Launch a Flyover Tour – Virtual Tours in Apple Maps on iPhone, iPad and Mac.

The use of the functionality of the Apple ARKit framework is indicated by appropriate notifications (the same as in any other ARKit-enabled application) about the need to direct the device to another surface, since “more contrast is required.”

This is honestly one of the coolest features in iOS 11! pic.twitter.com/Zjr6RRkKHk

ARKit is an augmented reality SDK. The framework in real time analyzes the data received from the camera and allows you to create a virtual model of the real world.

You can actually move around by walking ??! This is crazy cool! pic.twitter.com/ttR6RaAo7D

The new mode works by default in Flyover, but if desired, users can revert to the previous Flyover settings, which provide for displaying 3D maps by touching the screen.

Earlier, it was repeatedly reported that Apple intends to release its own digital glasses, which are working in collaboration with the German manufacturer of optics Carl Zeiss.

♥ BY THEME: How to Shoot Cool Videos on iPhone – Tips from a Pro.

To enable the Flyover tour, press the button “Start tour”… 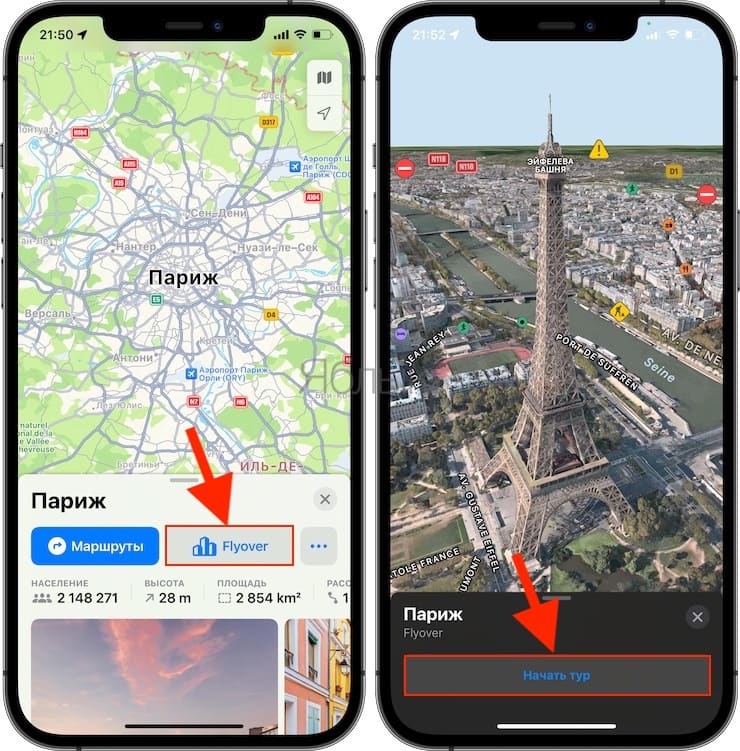 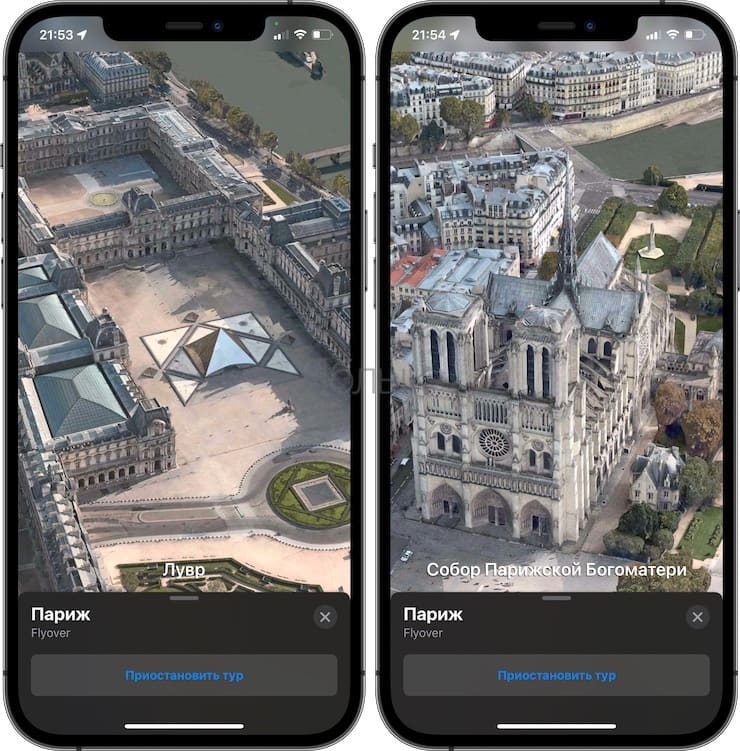 What devices does Flyover work on in virtual reality mode?

According to Apple, ARKit is powered by Apple’s A9 processors (iOS devices released after 2015) and (newer), “offering revolutionary performance … that allows you to create virtual content based on the real world.”

The user can either simply watch the tour in automatic mode or independently pan, zoom, rotate city landscapes and landmarks.

The procedure for launching the Flyover 3D tour on iOS and macOS is almost identical. To take a virtual tour, you must open the application Cards and in the search bar enter the desired city in Russian or English (list below). 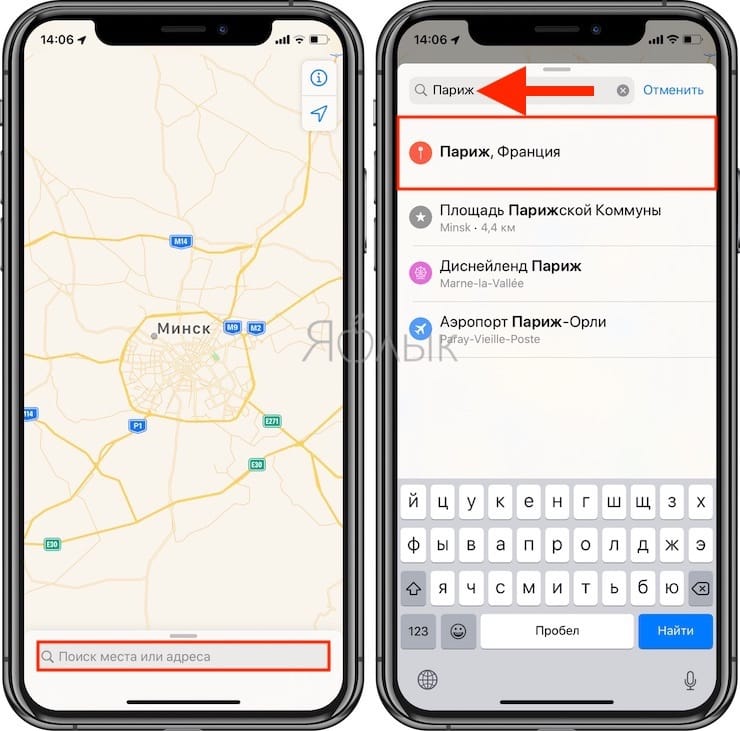 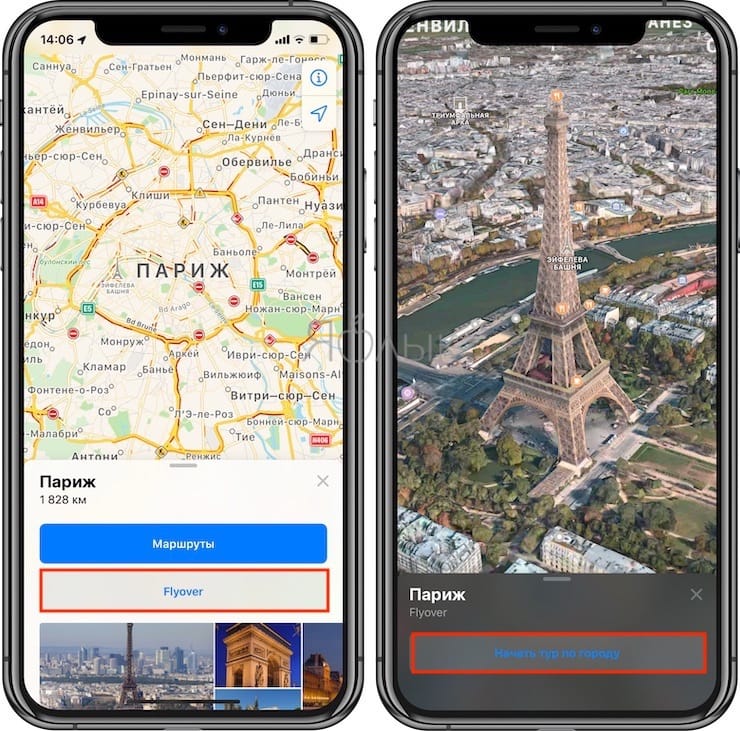 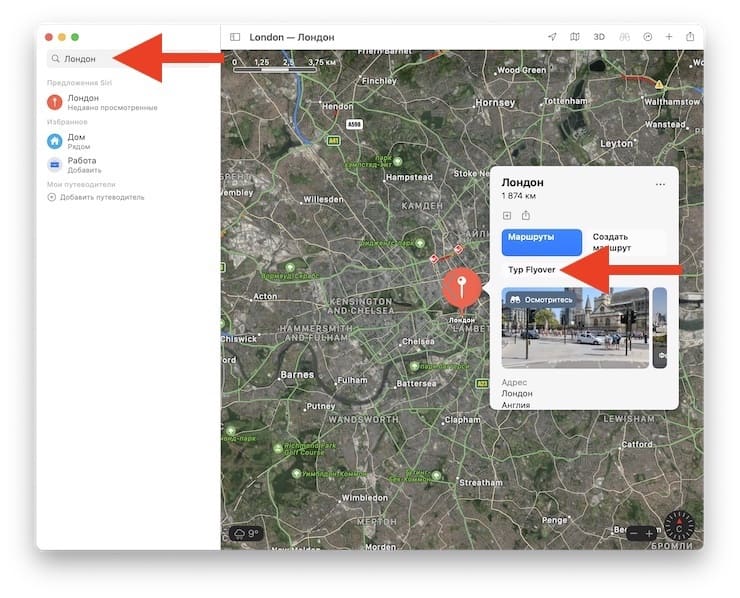 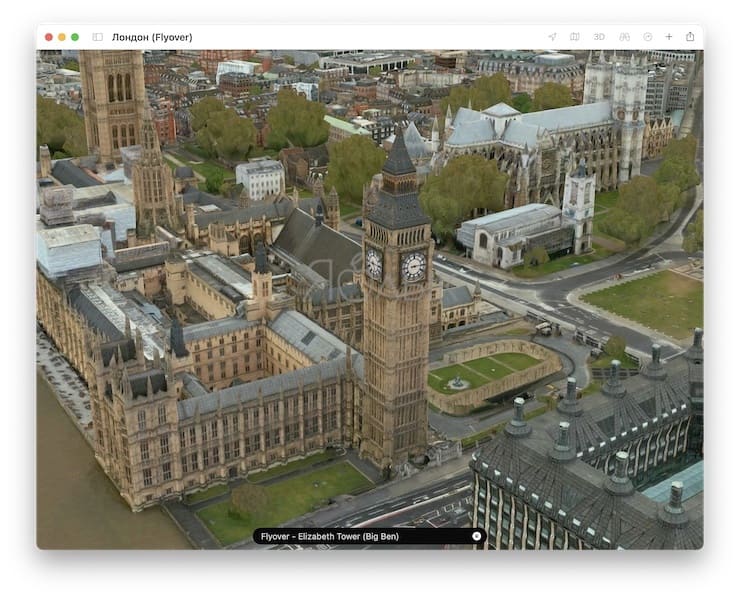 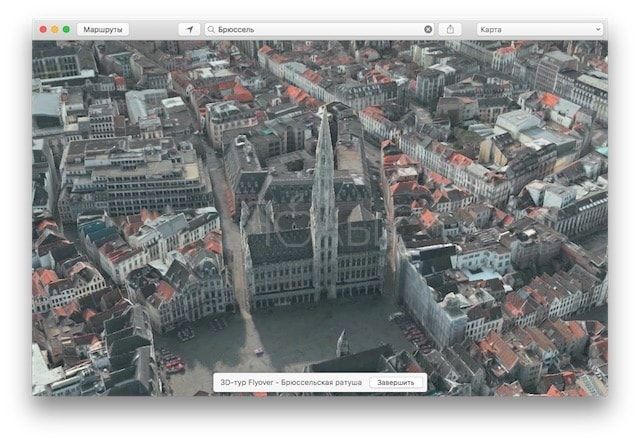 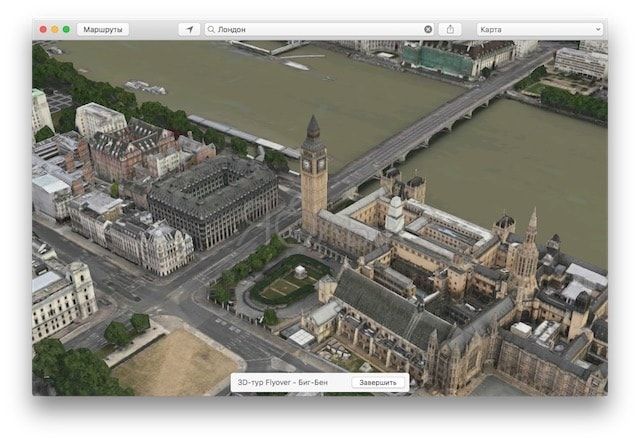 After activating the excursion, the “camera” will smoothly move from one attraction to another, around each of them several circles will be made for detailed examination. To end the tour, just press the button Pause tour in iOS or To complete on macOS. 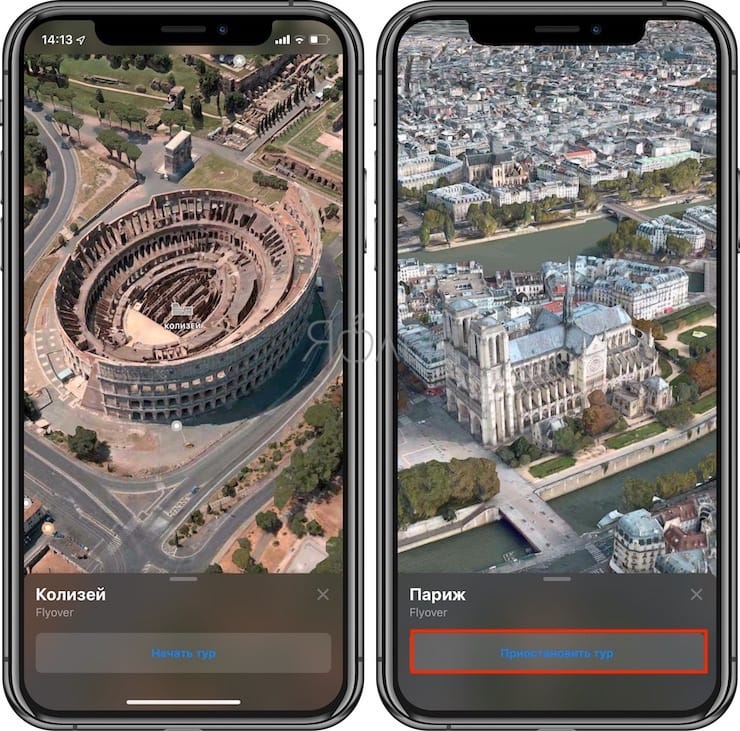