Almost every year, information appears in the media about a new threat from space – a huge asteroid, a deadly comet or a destructive meteor shower, which can hit our planet at any moment. At the same time, the average person in most cases has a rather vague idea of ​​the objects mentioned.

In fact, the classification of such space objects is quite simple, however, astronomers do not have precise criteria for clearly determining the belonging of a celestial body to one category or another. 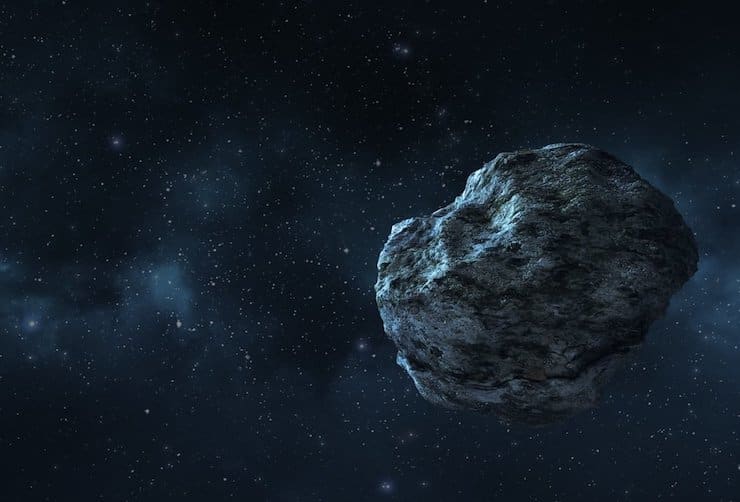 This is a small stone, metal or other solid body of irregular shape and small size, flying in space in a certain orbit, or deviated from it due to interaction with other objects (collision with another meteoroid, for example).

In simple words, meteoroids are stones or pieces of metal up to 30 meters in cross section (approximate number), flying in space. 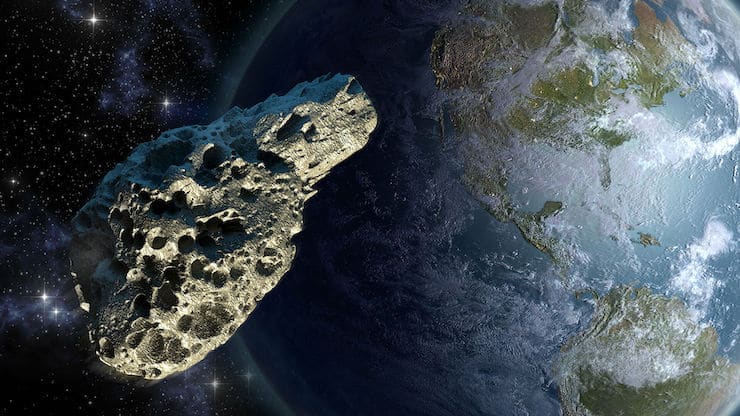 The main and, in fact, the only difference between an asteroid and a meteoroid is its size, bordering on the dimensions of a dwarf planet. Many asteroids have such a mass that, under the influence of their own gravity, they acquire a spherical shape and may even have some signs of an atmosphere.

The most frequently cited example is Ceres with a diameter of almost 1000 kilometers, which would receive the status of a full-fledged planet if it could clear its orbit from other celestial bodies.

However, Ceres is located in the so-called asteroid belt, where, in addition to it, there are a huge number of objects, including such “stones” as Vesta and Pallas, each half a thousand kilometers in diameter.

This belt is located between the orbits of Mars and Jupiter, and it is the gravitational field of the latter that prevents the gigantic mass of asteroids from gathering into a single full-fledged planet.

In simple words, an asteroid is a large meteoroid, more than 30 meters in diameter. 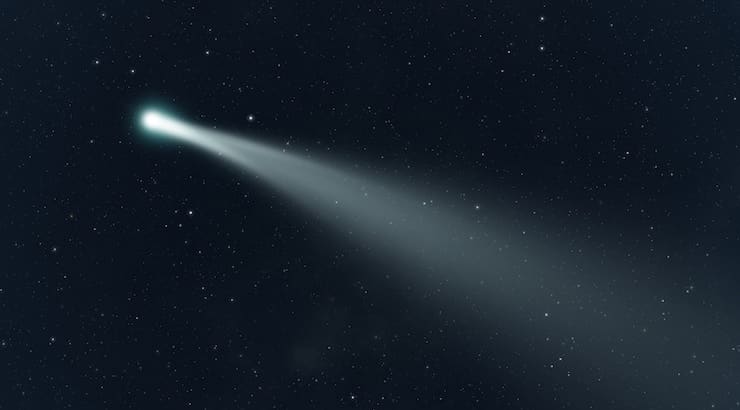 In the area of ​​the asteroid belt and up to the orbit of Neptune in the solar system, there are so-called snow lines, behind which various compounds (from water to carbon dioxide) pass into a solid state of aggregation. It is not hard to guess that this is where the formation of comets takes place.

Initially, the comet is also a meteoroid in all respects, differing from the traditional stone or metal object only by the predominance of ice.

Similar to meteoroids, as a result of various interactions with other cosmic bodies, these blocks of ice descend from orbit and head towards the center of the solar system. Here they will face inevitable partial destruction under the influence of a star, which forms that very beautiful “tail” and turns the icy meteoroid into a comet.

Modern astronomy suggests that the majority of long-period comets are formed in the Oort cloud, the width of which, according to some estimates, is up to 75 astronomical units (1 AU = 149,597,870 km), many of which will be detected by terrestrial observers.

In 2004, the Rosetta interplanetary station was launched, which approached the comet Churyumov-Gerasimenko, and now everyone can see this object in photographs taken from an excellent angle. 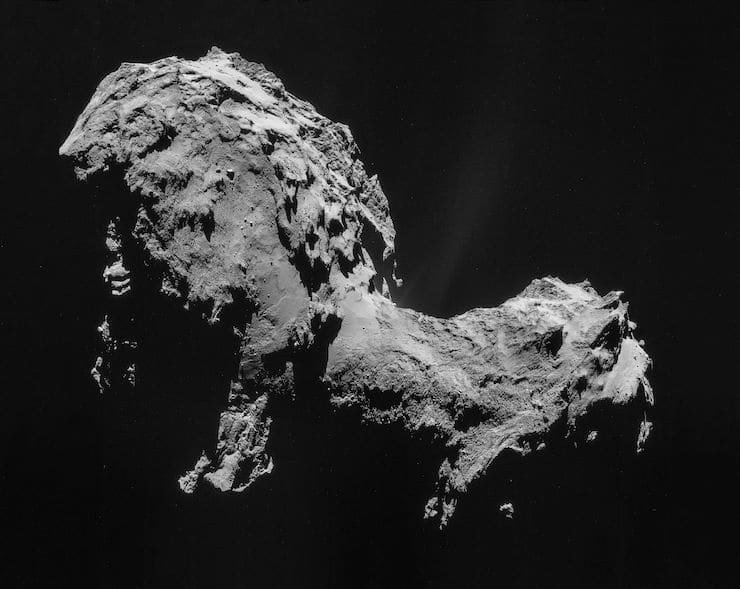 In simple terms, a comet is an icy meteoroid with a tail of debris, dust, and gas formed by the thermal effects of a star. 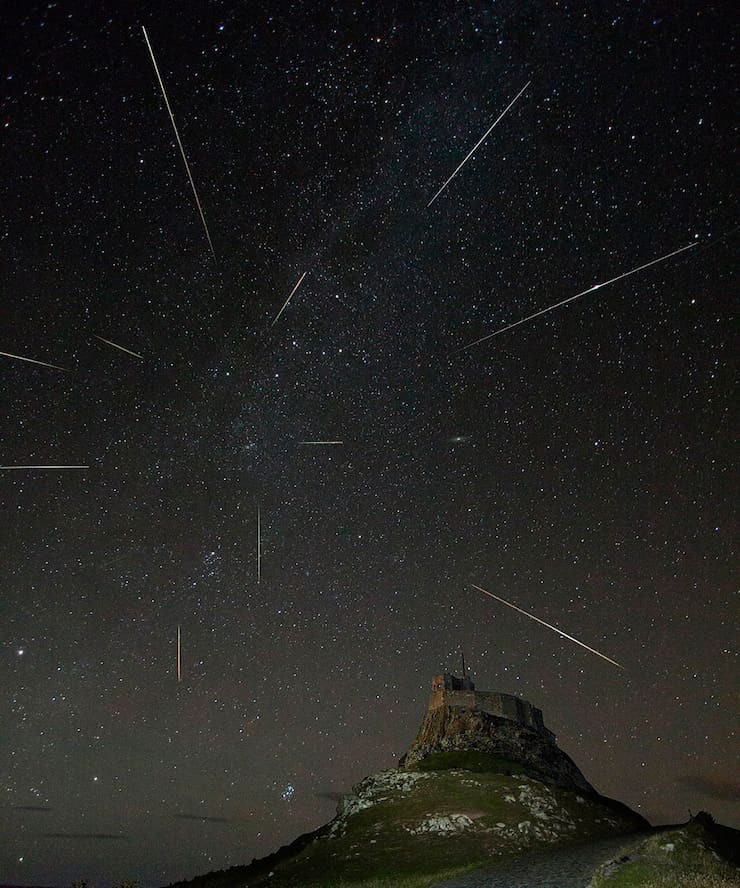 In the process of friction when entering the solid layers of the atmosphere, a space object (meteoroid, cometary fragment or asteroid) heats up to a temperature that can reach one and a half thousand degrees Celsius.

Observing the process of combustion of a meteor in the atmosphere, citizens traditionally declare a “falling star” and make a wish.

Particularly bright meteors that burn with great intensity are called fireballs. It is noteworthy that the flight of the car can be accompanied by powerful explosions. This, in particular, can explain the phenomenon of the “Tunguska meteorite”, which tumbled down 2000 square kilometers of forest in the Yenisei province of Russia in 1908, but left no traces on the ground.

In simple words, a meteor is a space object (meteoroid, asteroid, comet) entering the planet’s atmosphere at high speed.

♥ BY THEME: Space velocities: how fast do you need to fly to leave the Earth, planetary system and galaxy? 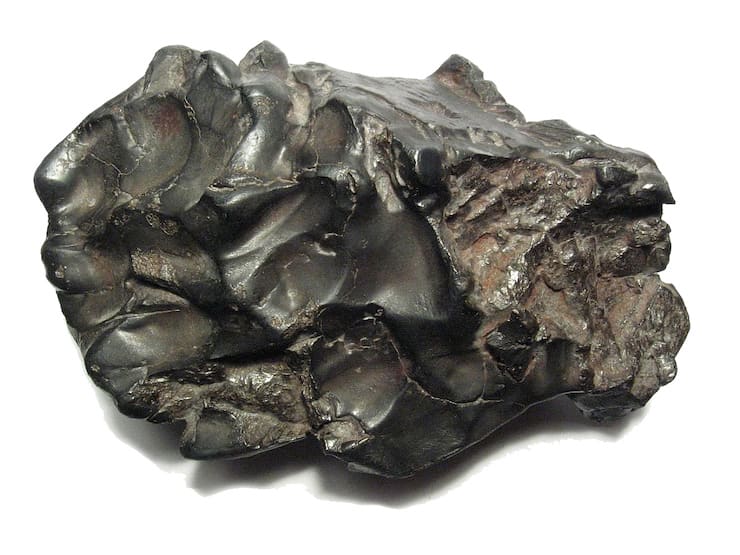 A meteorite is usually called a space body or its fragments in contact with the surface of the planet. For example, the Chelyabinsk meteorite, which fell into the Urals in 2013, was shattered into many fragments, most of which were raised from the bottom of Lake Chebarkul. The largest parts are exhibited in the Historical Museum of the South Urals – they are the meteorites.

The most famous meteorite in the world – Goba – is located in Namibia, it is a metal object weighing 66 tons and a volume of nine cubic meters. 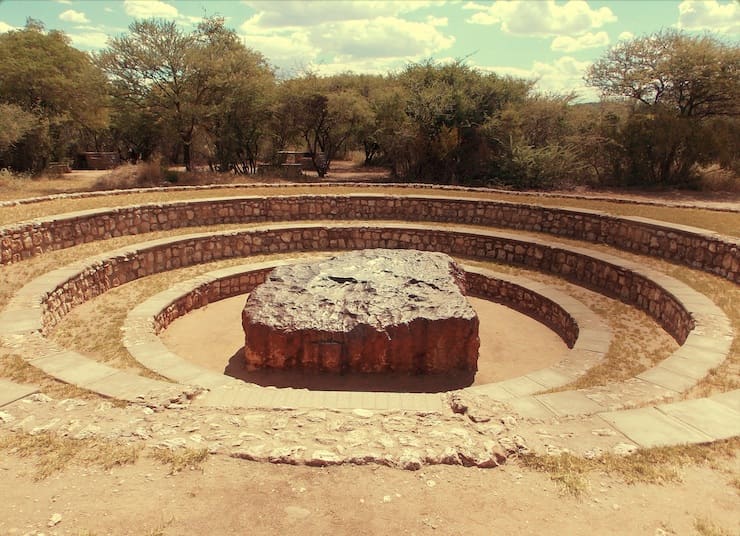 In simple words, a meteorite is a space object that did not burn up in the planet’s atmosphere and reached its surface.