Do not rush to throw away hard disks left over after upgrading your computer or hard drives that are out of order – you can always find a new use for them. For example, make a mirror, a watch, a safe for storing cash, a network drive, and other useful things.

The purposes for which you can use old hard drives depends on whether they are in working order or not. It is curious that a functioning hard drive has much fewer uses than a non-working one.

If the hard drive is in working order, it can be turned into a portable storage device. To do this, it is enough to buy an external container for a hard drive and place a hard drive in it. Depending on the size of the drive, a power adapter may be required, for example, if the drive is 3.5 “, whereas an adapter is usually not needed for 2.5” drives.

♥ BY THEME: How to make a brazier, an aquarium, a bench, a lamp, a mailbox, motorcycle trunks, etc. from old Macs. (30 photos). 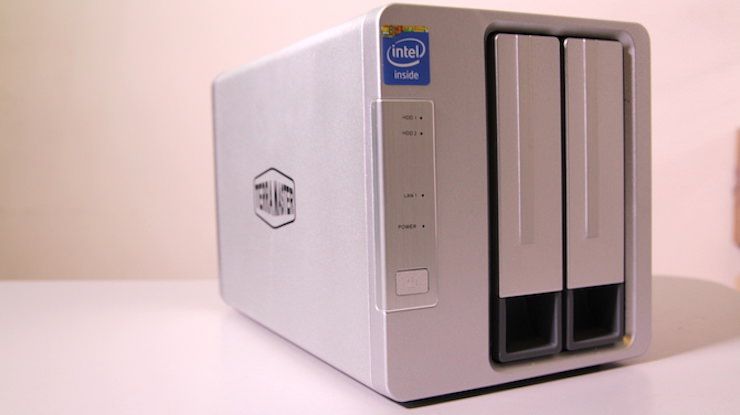 If you already have an external drive and don’t need another one, you can use a working hard drive to create your own NAS, and then you can access the data on the drive from any device connected to your Wi-Fi network. If you are not ready to spend the extra money, you can build your own NAS based on the Raspberry Pi single board computer.

♥ BY THEME: 5 creative ways to use old or unnecessary boards.

How non-working hard drives can be used

A defective hard drive cannot be used to store data, but its physical components can have other uses. Before starting work, you will need to disassemble it into “spare parts”. The process is demonstrated in the video posted below. 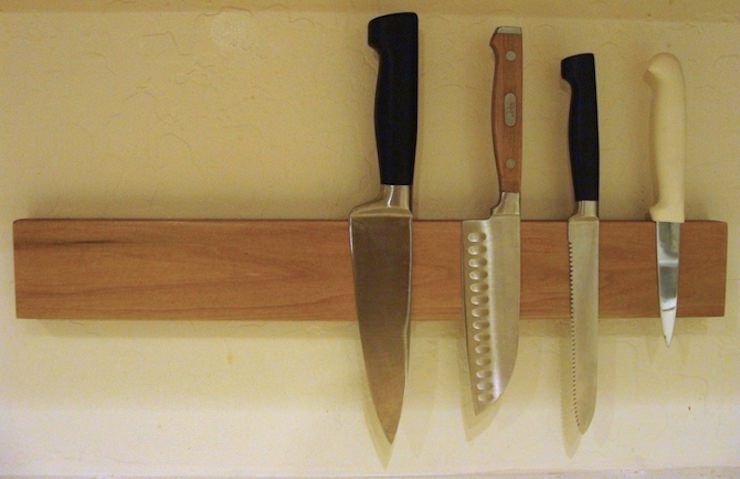 Hard discs contain large neodymium magnets that can be used to create a magnetic knife holder. All you need is a bar, magnets, glue and a set of common tools.

♥ BY THEME: 5 functions of old mobile phones that are not present in modern smartphones. 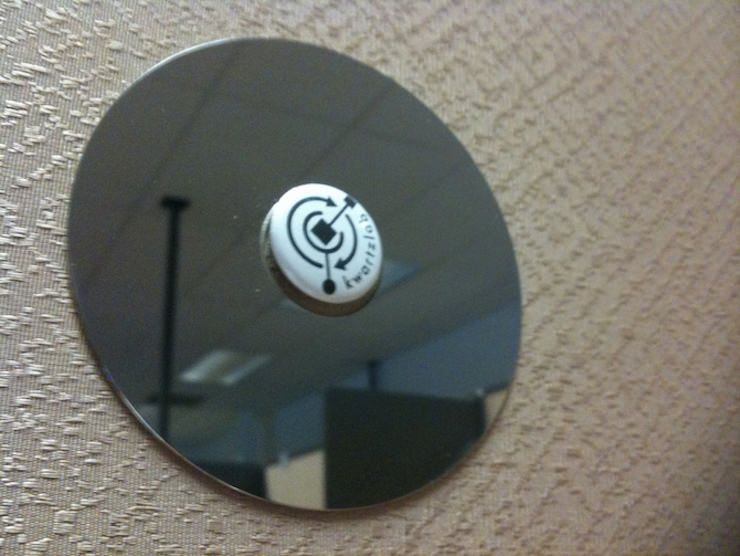 The magnetic disks that are in the hard drive can serve as an excellent mirror. Discs must be removed very carefully so that chips and scratches do not appear. They can then be placed in the office, used as a signal or pocket mirror. 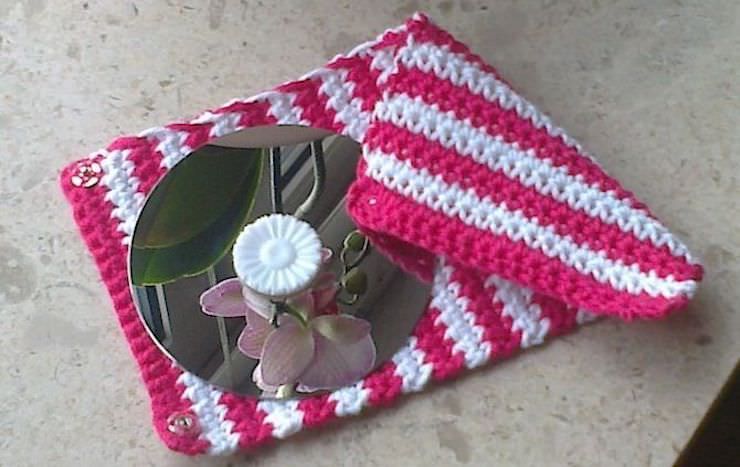 ♥ BY THEME: An orchestra of old electronics (floppy, HDD, scanners) played the hit of the group Nirvana (video).

It is possible to create not only mirrors from the disks of a non-working HDD, but also other cute little things, for example, wind chimes. For their manufacture, you will need the actual disks, the case of the hard drive, a metal fastening ring and a cord with which the structural elements will be connected.

♥ BY THEME: Windows “con” folder: why can’t I create a directory with this name? 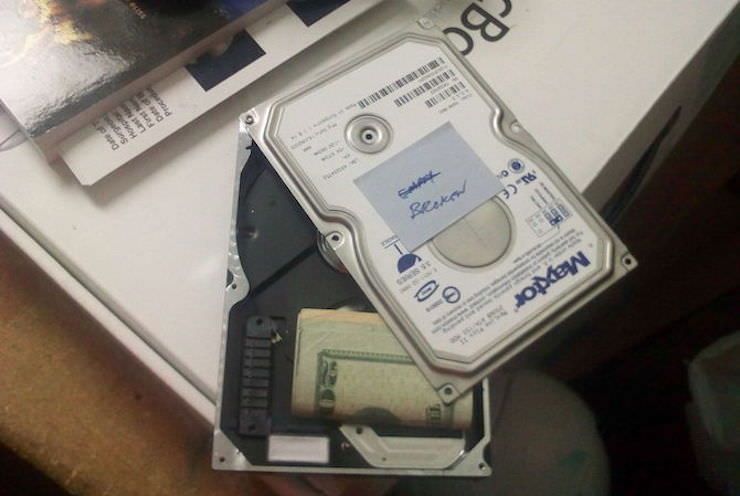 Creative use can be found not only in the components of the hard drive, but also in its case, for example, as a safe for storing money. It is quite easy to make – just remove all the components from the case and screw the cover to one of the upper corners of the case with a bolt. As a result, you will have a swivel-type container where you can put your money.

♥ BY THEME: What computer viruses looked like in the 80s and 90s of the last century.

What could be simpler and more original than a watch from an old hard drive? In order to make a clock from a hard drive, you need the hard drive itself, a clock mechanism and two hands. The manufacturing process is presented in the video published below.

If you still have not found a use for an old hard drive, it does not matter whether it works or not, put it up for sale on forums where old computer parts are offered. But before doing this, make sure that all information has been completely erased from the hard drive.

Ernö Rubik is known all over the world for one of his first puzzles – the Rubik’s cube. However, few people know that the inventor to this day actively runs his own studio, which, among other things, is engaged in the design of fascinating mechanical puzzles for children and adults.

♥ BY TOPIC: Reviews of puzzle games for iPhone and iPad…

Ernö Rubik was born in 1944 in Budapest in the family of an engineer, followed in his father’s footsteps and received a good education at the local polytechnic. Without stopping his studies, he graduated from graduate school in sculpture and interior design, received the title of associate professor. In 1975, a patent was filed for a three-dimensional mechanical puzzle “Rubik’s Cube”, and its author was seriously carried away by such ideas and began working as editor-in-chief of a magazine dedicated to puzzles.

In 1983 Rubik opened his own studio, which develops original furniture, interior elements, and toys. In parallel with this, Rubik provides grants for inventions to young Hungarian engineers and buys patents for interesting ideas abroad. 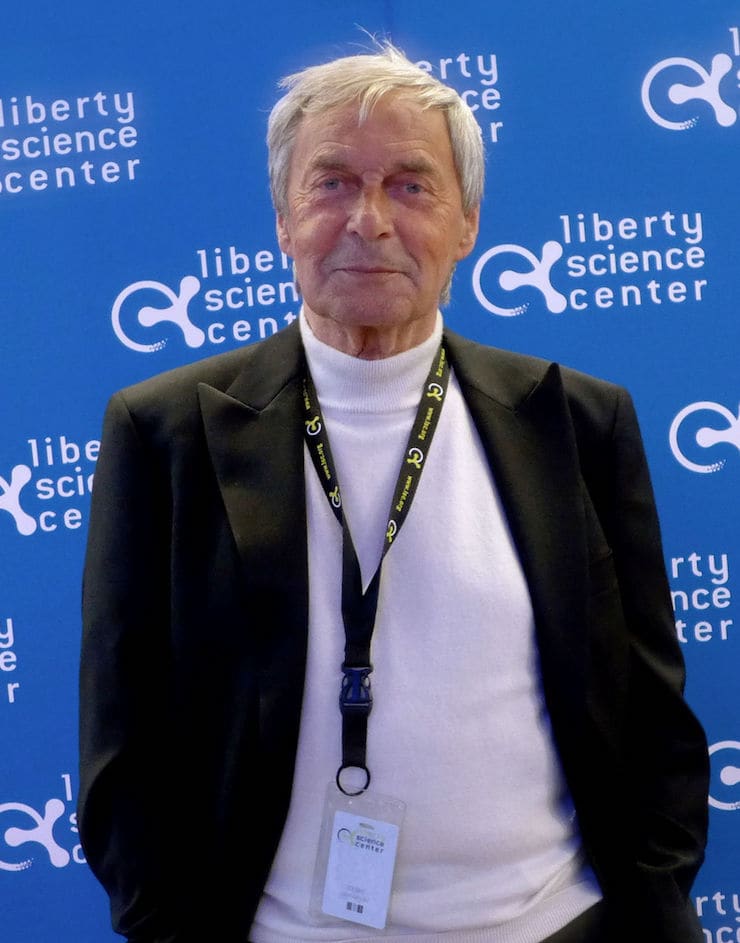 Ernö Rubik is currently involved in the development of video games, writes articles on architecture and heads the Rubik studio.

Below we will look at some of the famous works of Rubik and his studio, as well as puzzles based on them.

♥ BY TOPIC: Stereo 3D pictures: How to create online for free without special programs and skills. 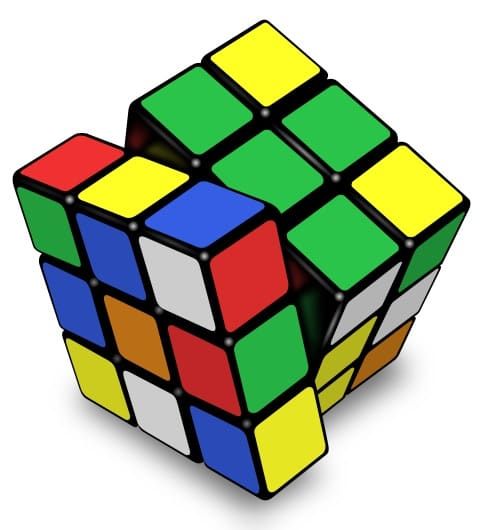 The standard Rubik’s cube 3 × 3 has 54 visible colored squares and 88 580 102 706 155 225 088 000 arrangement of elements. Fans of this puzzle around the world also practice “speedcubing” – a high-speed Rubik’s cube assembly, which is used for international competitions of a serious scale. To date, a lot of official records have been set for solving the Rubik’s cube in the classical style, underwater, with blindfolds, legs, etc. In addition, there are tons of alternative Rubik’s cube puzzles.

https://www.youtube.com/watch?v=uK3qXkwskzYIn the meantime, there is no need to know about it. ” 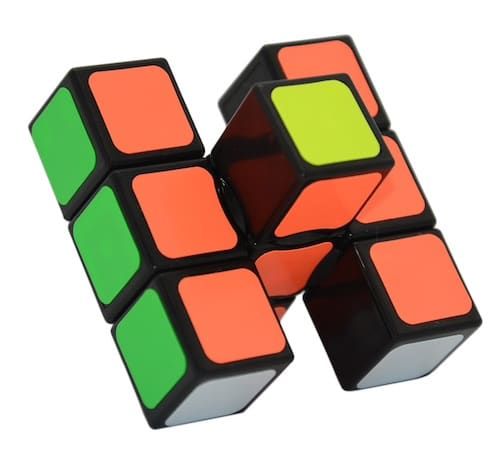 It is quite difficult to solve a Rubik’s cube without looking at the solution and ready-made formulas on the Internet, especially for a child. Therefore, a very popular analogue is the 3 × 1 cube, which has only 192 variants of location, or the 2 × 2 cube, which can be solved in a maximum of 11 moves. 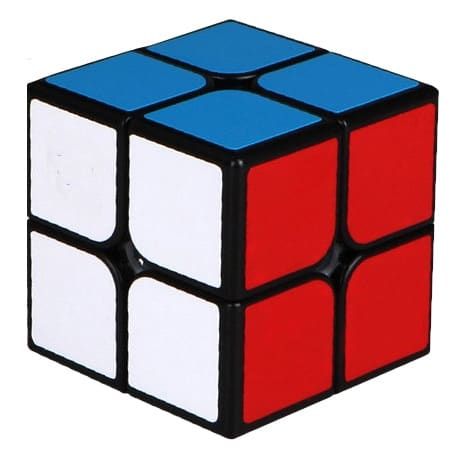 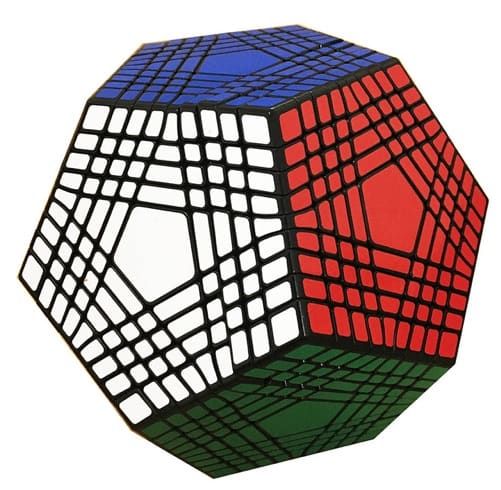 If the assembly of a regular Rubik’s cube does not cause you any difficulties, then try to assemble the Petaminx dodecahedron with sides 9 × 9. But if you want to do the assembly seriously and for a long time, then there are 17 × 17 cube options on sale, the number of combinations in which tends to infinity. 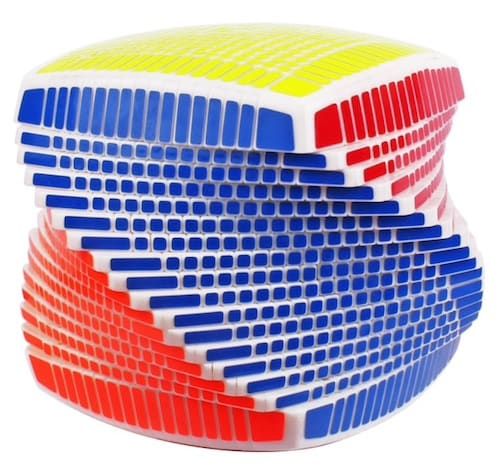 ♥ BY TOPIC: Eight Note is an iOS game in which you need to shout on your iPhone (video). 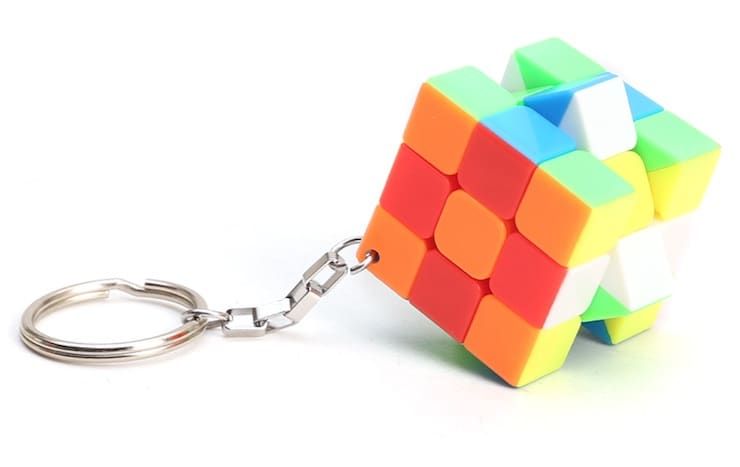 A true Rubik’s cube lover is ready to collect the puzzle anywhere at any time, if possible. In this case, a smaller version of the toy can be hung on a bunch of keys as a keychain.

Another toy produced by Rubik’s studio, which every child of the late USSR saw or held in his hands. There is no puzzle and the final goal as such, you can add any two- and three-dimensional shapes at will (you can add more than a hundred different shapes), while developing spatial thinking. 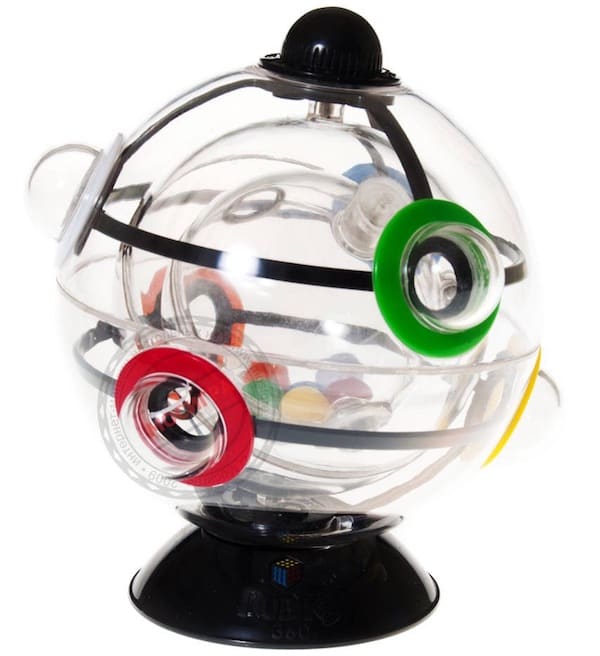 Rubik’s relatively recent invention presented to the general public in winter 2009 in London. It is a sphere with six colored balls inside and, accordingly, six notches on the circumference. The goal is to place all the balls in the grooves by passing them through the holes inside. 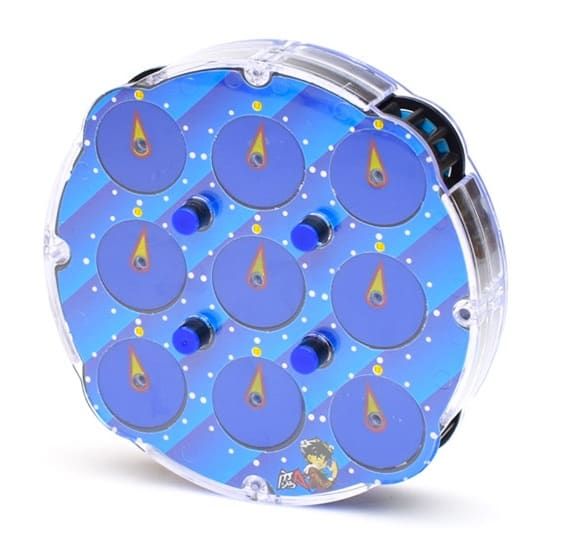 A very complex puzzle, the rights to which were bought by Rubik’s studio from Christopher Wiggs and Taylor. Rubik’s watches have 18 dials with one hand, some of which are synchronized with each other. In addition, there are four buttons that also determine the synchronization of the movement of the hands on adjacent dials. The goal of the player is to use the wheels and buttons to set the hands to the 12 o’clock position on all dials, in total the puzzle can have 1 283 918 464 548 864 positions.