Leonardo da Vinci is considered by many to be almost the most brilliant person in history. And although he lived for a long time, in the Renaissance, the depth of his approach to the chosen areas of activity is of interest to this day. We admire da Vinci’s paintings, trying to understand their secret, we see predictions of the future in his scholarly notes. But he was also a musician, anatomist, sculptor and architect.

Leonardo da Vinci is a typical universal person who has managed to be wealthy in many professions. Among his works, one of the most famous, but at the same time the most interesting, deep from a philosophical point of view, is “Vitruvian Man”… You’ve probably seen this sketch – the male figure is depicted in two superimposed positions. But for what purpose Leonardo created such a drawing and what it means – very few people know. 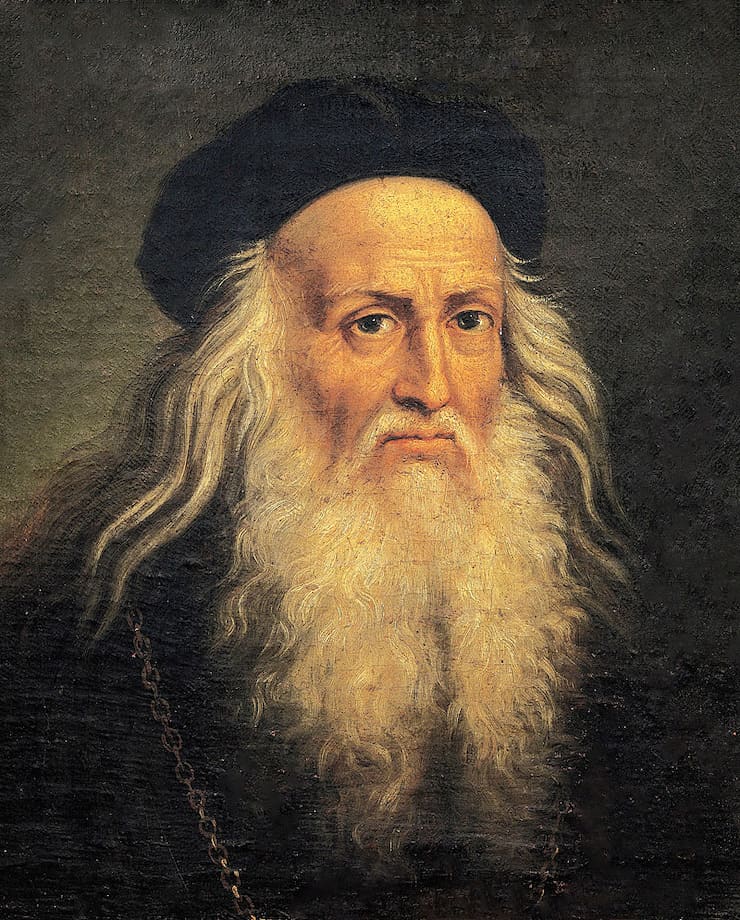 It is believed that the artist created this drawing in the period from 1487 to 1492 using ink, pen and watercolors. During this period, da Vinci became close to the mathematician Luca Pacioli and began to work on the treatise “On Divine Proportion”. The sketch was supposed to be part of da Vinci’s book dedicated to the work of the famous ancient Roman architect Vitruvius Pollio. It was he who was the author of the only surviving ancient work on architecture, moreover, it was also one of the first books in Latin in general. In his work, Vitruvius laid out the basic principles of architecture. In 10 volumes, he examined in detail the issues of symmetry, systematicity, decor, perspective. But why is Leonardo da Vinci so interested in this?

His drawing shows two men standing exactly one behind the other. One of them has arms and legs spread apart so as to fit into a square. On the other hand, the legs are spread apart, being inscribed in a circle. This position of the bodies is no coincidence. The drawing, like the text to it, is also called the “Canon of ideal human proportions” or the “Canon of proportions”. 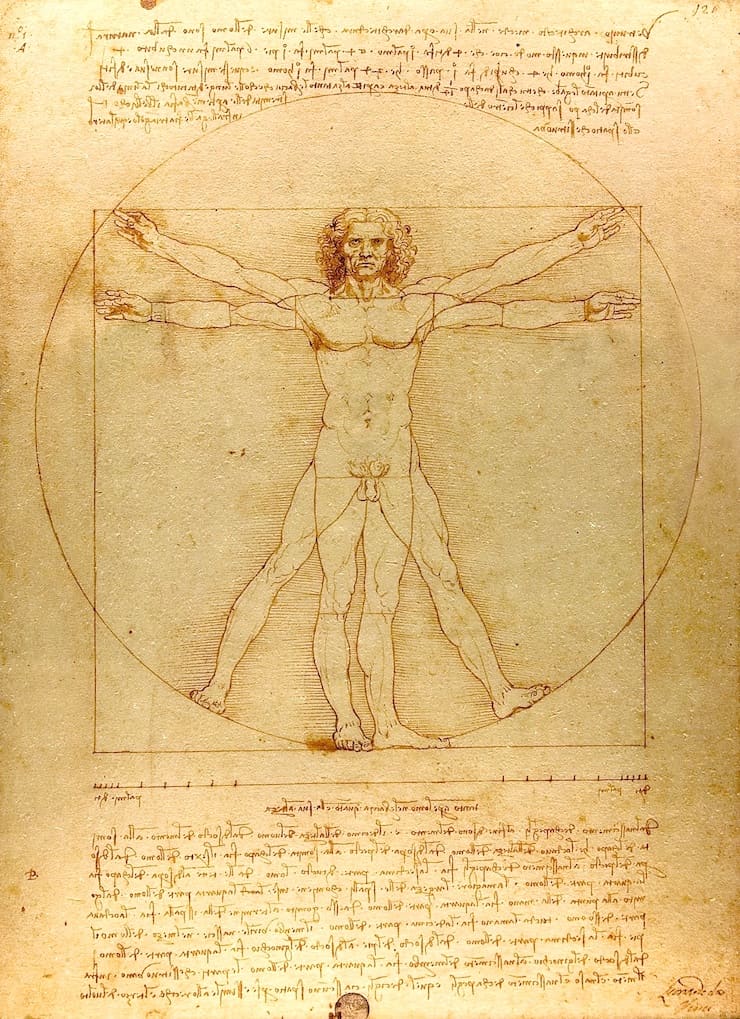 Leonardo himself, in his notes, commented on Vitruvius’s works on architecture. The Roman outlined the ideal proportions of the human body:

There are also fractional ratios of proportions:

And this is only part of the proportions deduced by the architect. And Vitruvius used these ratios, including in the construction of buildings.

Of course, Leonardo’s interests extended far beyond architecture or human anatomy. Da Vinci wrote in his notes that ancient man was a miniature world. Since our body also consists of water, earth, air and fire, there is a lot in common with the microcosm. At the end of the 15th century, Leonardo was just captured by the ideas of creating man according to the principles of the universe.

Vitruvian man today is no longer perceived as a symbol of the ideal proportions of the male body, but as a designation of our place in the Universe. The composition is usually interpreted in such a way that the square is a symbol of the material world. The center of the figure is just located in the groin area of ​​a person, but the circle is a symbol of everything divine, including our origin. It is curious that, unlike the figure in the square, the figure in the circle is not marked with dashes, this may be a reference to the impossibility of measuring the divine. And the center of the circle is located exactly at the site of the person’s navel. This is how the symbol of the duality of man is born: divine and at the same time mortal. Leonardo da Vinci believed that God created our body, but we ourselves can make it perfect, thereby in some way being compared with the creator.

The figures in a circle and a square can be interpreted as dynamics and tranquility. Thus, Leonardo da Vinci seems to be hinting to us about the inconsistency of spirit and matter. It would be too easy to see only two people in the picture, here is the symmetry of the universe as a whole. And in proportions, the volumes of the circle and the square are equal, which may indicate the possibility of a mutual transition of the material into the spiritual.

The famous drawing is often used as a symbol of the universe and the symmetry of the human body. A giant replica was even depicted on the ice of the Arctic Ocean in 2011 to draw attention to issues of ecological balance.

And the drawing itself is small – its dimensions are only 24.5 by 34.3 centimeters. It is kept in the collection of the Accademia Gallery in Venice.