The essence of this minimalistic, but from this no less exciting game is to, guided by sounds, explore the mystical world and escape from invisible evil forces on eighty ominous levels.

As the developers explain, Dark Echo is a chilling reminder that an invisible threat can be the most terrifying. In the game, the user finds himself in a completely dark room, which can be moved around, following only sounds and vague outlines. 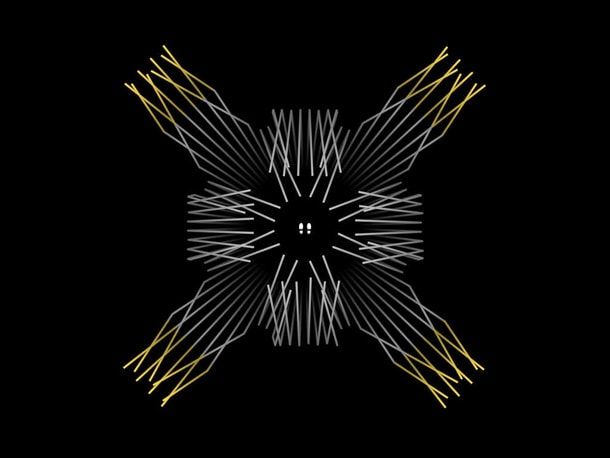 It is worth noting that using the echo effect is a very good solution for creating an eerie atmosphere. This not only leaves a lot of room for imagination, but also allows the player to guess what awaits him next. Obviously, in order to solve the riddles encountered in the game and stay alive, you need to use headphones.

“Soon you will flinch at the slightest rustle and flash of light in an attempt to avoid buzzing flies and angry growls, and when you finally get to the saving door, which takes you to another level, you will feel great joy and exultation,” – intriguingly declare the developers.

In the latest update, the game received several new “chips”, including support for MFi controllers, process synchronization with iCloud, and support for a number of languages ​​(Japanese, Korean, Russian and Simplified Chinese). The app size is 100 MB. Dark echo can be installed by iPhone, iPod touch and iPad users running iOS 8.0 or higher.