Maintaining a healthy lifestyle is a fashion trend today. However, this is great, because a person monitors and maintains his physical shape. It’s easy to start doing this – each of us can take a short run. And even if it’s hard, then try to at least walk quickly. In fact, both of these methods are good. One can argue for a long time about which one is more effective. In fact, you should understand what your goals are and what state your health is in.

♥ BY THEME: What is blended whiskey and how is it different from single malt?

What is best for maintaining body weight and losing weight? 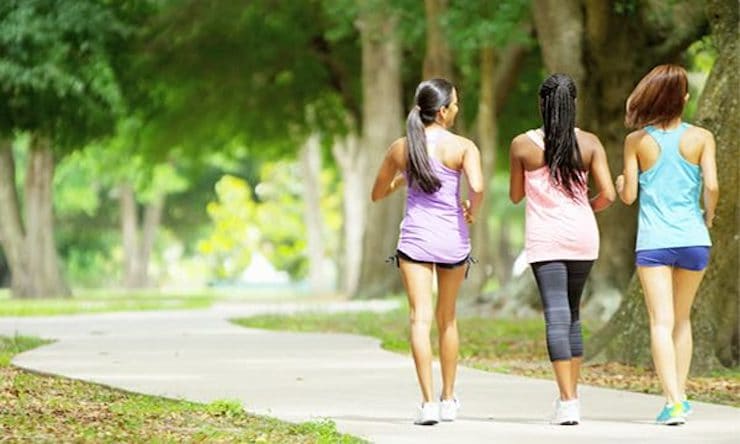 Losing weight requires you to spend as many calories as possible on your exercise. In this case, of course, running will show itself more efficiently, especially in the case of limited time. A half-hour run at a speed of 10 km / h will require spending about 500 calories, while walking at a brisk pace during the same time will take only 130 calories. Thus, you will have to walk twice as long as you run to burn the same number of calories.

There have even been studies that looked at the data of 15,000 walkers and 32,000 runners over 6 years. As expected, it turned out that the first participants spend on average half the energy and usually weigh more. But even when the intensity and time of exercise were equal, the people who run still lost more weight than the walking people.

Weight loss is influenced not only by physical activity itself, but also by nutrition. In this aspect, running, again, proves to be preferable. Experiments were carried out with 18 women, some of whom ran and some walked. Scientists have investigated what portions of food are consumed after exercise, as well as how the levels of hormones responsible for feelings of appetite and satiety change.

As a result, it turned out that although the runners burned more calories in their workouts, they ate less of their walking opponents. In the first group, people even got a negative calorie balance (-194 kcal), while among the walkers it even increased slightly (+41 kcal). It turns out that running dulls the feeling of hunger a little and makes the feeling of fullness stronger after eating. It turns out that running is the best for maintaining a good figure. You just need to understand that in order to maintain your weight at a stable level, you will have to run constantly, best of all – all your life.

See also  Ideal weight for women and men: how to determine with medical formulas: 5 methods

I must say that the thought of this initially scares many. Then do not force yourself – there will be no benefit from such training. But walking is easier, it does not require so much effort. Moreover, in parallel, you can listen to music, audiobooks, or even chat. So sports can be fun. Do not underestimate the benefits of walking – just 10 minutes of such movement will help you spend the extra 50 kcal, and an hour’s walk compensates for the use of a small but such delicious dessert.

♥ BY THEME: How vegans differ from vegetarians.

Running or Walking: Which is Better for Joint Health? 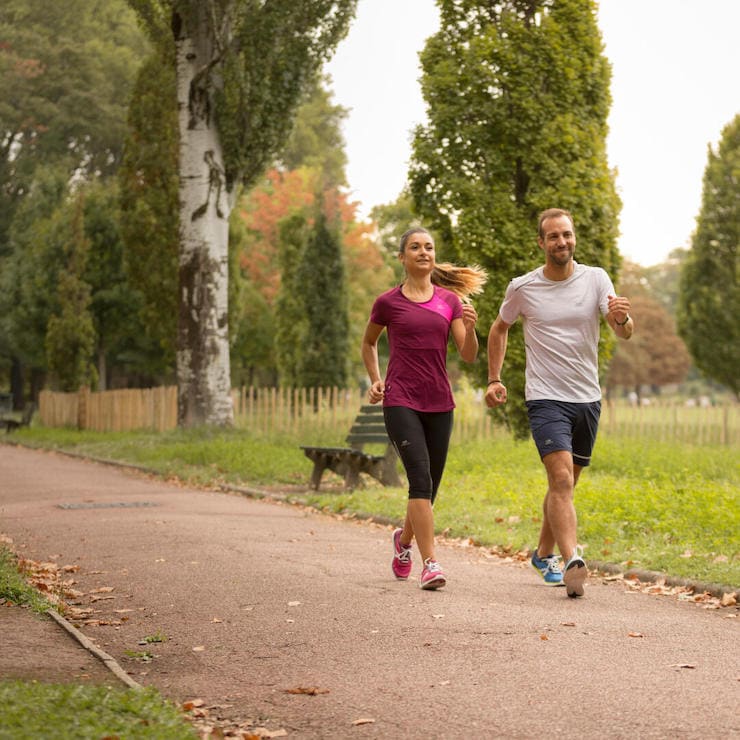 If you start to “dig deep” into the pros and cons of running, then information about the unfavorable load of such a sport on the joints will quickly appear. It turns out that active jogging is not as safe as walking? And the research done just proves this. Among the 5,000 participants, the risk of injury was higher for those who ran more than just walked fast.

Those men who ran for more than half an hour a day risked injury much more than their colleagues who did 15 minutes a day. But walking turned out to be a safe business, regardless of gender. And even long and regular walks do not in any way affect the risk of injury. But we are talking about ordinary walking, the speed of which is comfortable for most people and is 4-5 km / h. If we are talking about fast walking, then the situation becomes not so unambiguous.

There was a study on this topic. 11 amateur athletes took part in it. The scientists wanted to know how the speed of movement, in principle, affects the joints. And it turned out that brisk walking at a speed of 7.5 km / h rotates the knees outward as well as running. Moreover, a person has to bend his knees more strongly, which also increases the load on the joints. So running is not that dangerous. In addition, it can act as a kind of prevention of osteoarthritis. This disease manifests itself in the thinning of the articular cartilage, which is fraught with pain and limited movement. After analyzing the statistics of 74.7 thousand people, it can be noted that the daily running of at least 1.8 kilometers (this is 12.4 kilometers per week) leads to a decrease in the risk of osteoarthritis by 18%. With an increase in the daily distance to 5.4 kilometers, the risks were reduced by 50% in general.

If the same energy consumption is applied to walking, then the risks of the disease will also decrease, but slightly less. Scientists also noted the fact that it is easier to achieve the required level of activity while running than walking. Let us also recall the absence of excess weight, which is just a serious factor in the development of osteoarthritis.

There are several scientific works that suggest that, in general, amateur running is not as dangerous for the joints as it seems. Football players, professional long-distance runners, powerlifters, and people who simply give up sports are much more at risk. After analyzing the data of 114 thousand people, it turned out that only 3.5% of amateur runners had osteoarthritis of the knee or hip, but in the group of people who ignore sports, thinning of cartilage was observed in every tenth. So doing the right, moderate activity during jogging will not damage your joints, but only strengthen them.

The correct load will help to avoid other injuries. If you want to be sure of their absence or if you have diseases of the musculoskeletal system, then go for long walks at a comfortable pace. This will put less stress on your joints.

♥ BY THEME: Body mass index (BMI): what it is and how to calculate it for men and women.

Is walking or running better for overall health and longevity? 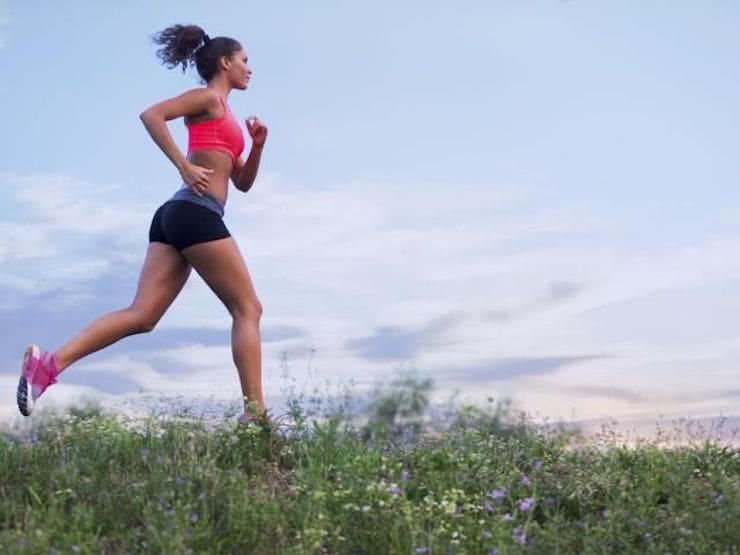 To maintain a stable level of health, WHO recommends doing 150-300 minutes of light activity every week, or 75-150 minutes of medium activity. Speaking of the daily norm, it corresponds to 20-40 minutes of walking or 10-20 minutes of running. For health, both options are equally beneficial.

See also  Old Man's Journey for iPhone and iPad is a sincere game of life, loss and hope

In another experiment, men ran for six months, 4 times a week for half an hour, or walked the same time 6 times a week. It turned out that weight loss in the end was about the same, and endurance improved in a similar way.

Another study studied the data of 49 thousand people for 6 years. It turned out that with comparable energy costs, running and walking well reduce the risks of hypertension, diabetes mellitus, high cholesterol, and possibly even coronary heart disease. Yet intense exercise seems to have a stronger effect on life extension. The 15-year indicators of 55 thousand people were analyzed. It turned out that regular jogging reduces the risk of death from cardiovascular disease by 50% and the risk of death from other causes by 29%.

A 50-minute run or 10 kilometers each week will already extend your life. This rate can be performed both in 1-2 workouts and in 5 small, modest 10 minutes. In another case, the data of 17.5 thousand people were analyzed. It turned out that quiet and regular jogging can increase life expectancy for women by 5.6 years, and for men by 6.2 years.

Walking also helps to prolong life, however, the situation here is not so straightforward. For example, after analyzing the data of 27.7 thousand people, it was possible to come to the conclusion that life expectancy for women increased by 1.1 years, and for men – by 1.3 years. Another study compared the survival benefits of running and walking for women with breast cancer. It turned out that the first activity is clearly superior to the second. The data of 986 participants were taken into account. Scientists have come to the conclusion that with comparable energy costs for running or walking, the first activity reduces the risks of death five times better. True, this study is only a single one, so far it is only worth paying attention to these conclusions, but not blindly counting on success.

Given the similar effects on endurance, weight, and heart health, it can be assumed that walking can be as effective in prolonging life as running. But this we take into account the comparable waste of energy.