Meet Vandals – a new creation from the developers, designers and artists of the French independent studio Cosmografik. I must say, the team did their best to create a colorful product with a fascinating interactive storyline that unfolds during the game.

Vandals is an isometric puzzle game that immerses the player in the history of street art, from its humble beginnings in Paris, its revolutionary popularity in post-war Berlin, to its heyday in metropolitan areas like New York. 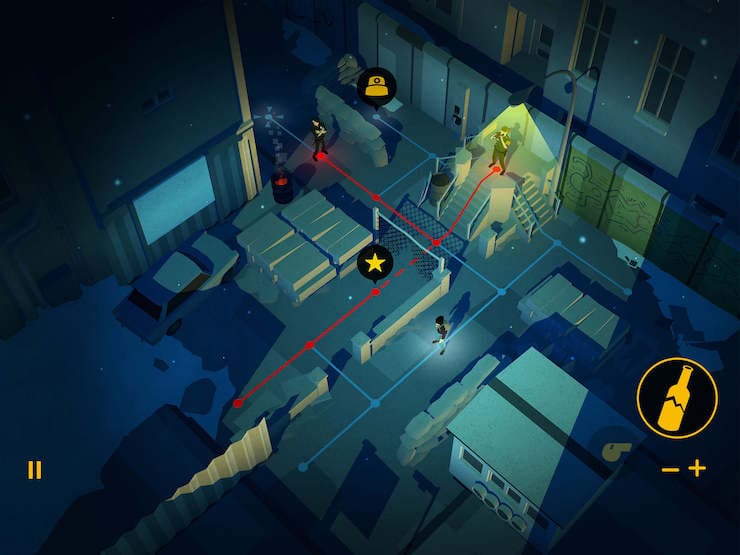 In Vandals, you control a graffiti artist as he creates his art on a variety of surfaces, including walls of buildings, trains and other public facilities. You will have to work very quickly to avoid falling into the hands of the police. In addition, all your dexterity is required to dodge the dogs and not be caught in the security camera lens. 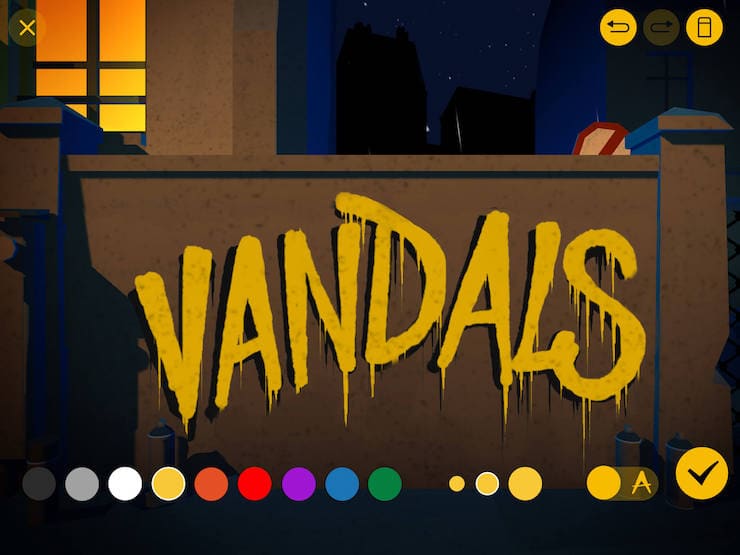 The game allows you to create your own graffiti using different colors and techniques and even show them to the general public by posting on social networks. You can come up with your own signatures and then print them on the surfaces you want. This feature will certainly appeal to those who do not like to draw a lot or are afraid to ruin the drawing. 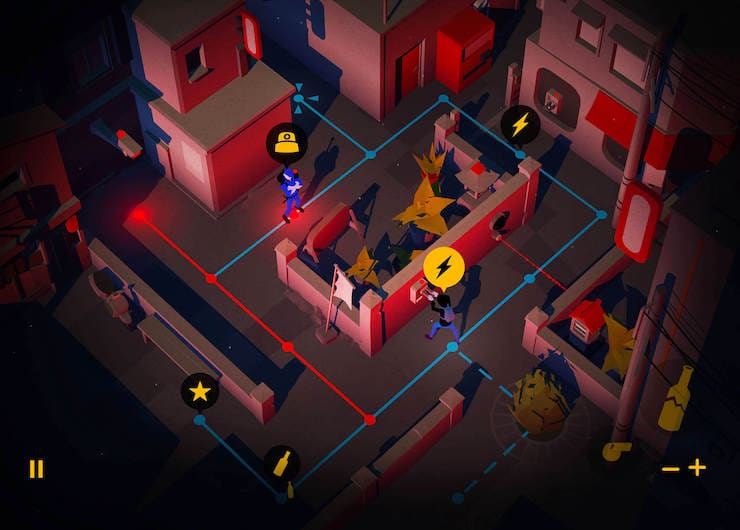 As the game progresses, you will travel to various cities (including Berlin, San Francisco, Tokyo, Sao Paulo and New York) and solve puzzles. Each level contains a secret postcard with a vintage image, which records a particular fact from the history of street art. If you are interested in the origins of graffiti, its pioneers and key moments in development, Vandals is a real godsend for you. 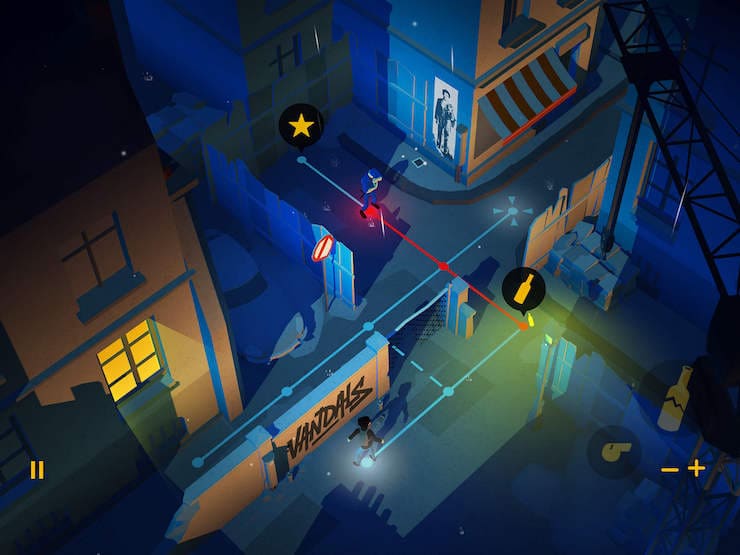 You can control the character by moving him along predetermined paths. You will have to distract the guards with a whistle or a thrown bottle. You can shorten the path by cutting through metal barriers or using hatches. With the exception of a few more options, these are, perhaps, all the possibilities for movement.

Remember that graffiti becomes more difficult with each level due to additional obstacles! If you are discovered by a policeman, the chase will surely begin, and if you are caught, the game is over. 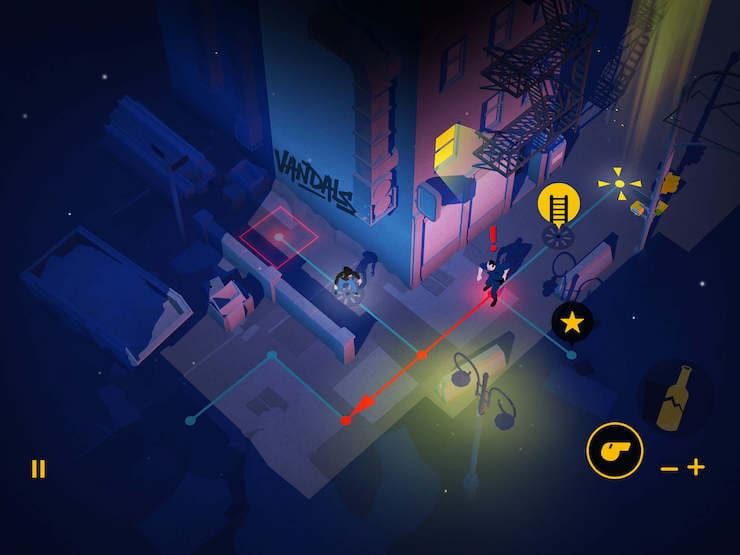 At Vandals, the artists and designers from Cosmografik put their talent to the test, creating an adventure that can literally be felt by touch. The palette of neon colors pleases the eye, and the stylish electronic soundtrack immerses you in the atmosphere of street art in the best possible way.