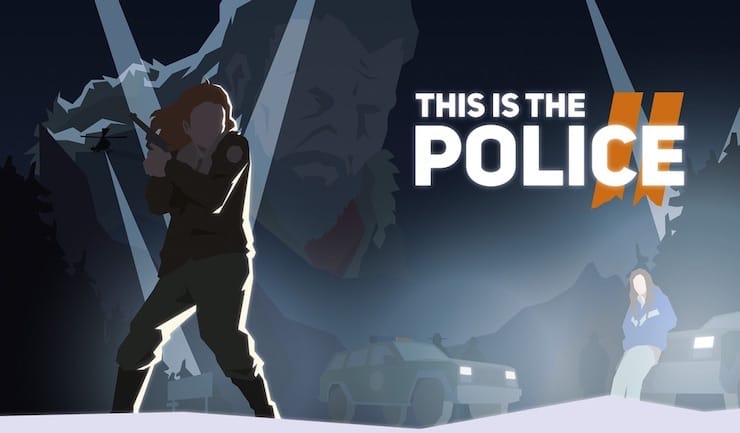 The first part of the game This is Police turned out to be quite self-sufficient. Lack of development budget, on the one hand, resulted in obvious flaws, but, on the other hand, forced the creators to look for original forms. So the simulator of a corrupt cop (and there are a lot of simulators of professions!) Turned into a cinematic story in the noir genre. The game was more attracted by the setting than by the uncomplicated plot.

Download This is Police 2 for iPhone and iPad (App Store)

With such a backstory, the appearance of the second part of the game, This is Police 2, was frankly surprising. What new could she offer? How will he try to hook the players? It turned out that Jake Boyd’s new adventures are still catchy. This is Police 2 turned out to be no worse than its predecessor, which is a relative rarity in the world of games. 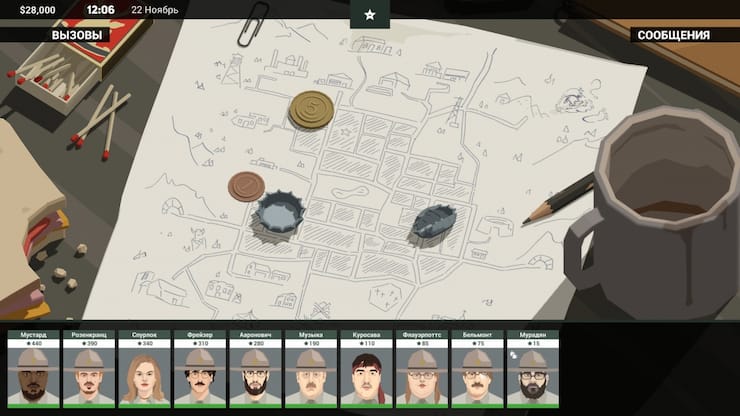 It is impossible to describe the game in just one word. The trailers, as well as the opening scene, make you believe that we have some kind of turn-based strategy before us. In fact, the game cannot be attributed to any particular genre. There was a place in it both for the text quest with a manager simulator, so beloved in the first part, and for a comic strip with interactive. At the same time, the game has an independent plot, but to understand it, it is still better to go through the first part. Then the characters, their motivation and events will become much clearer. 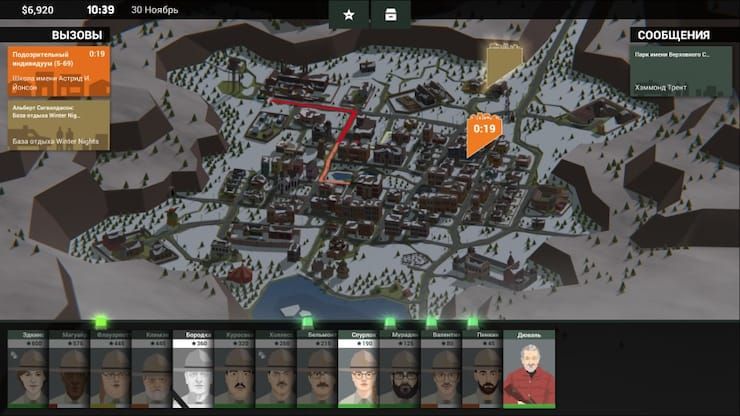 A whole year has passed since the events of the first part. Our hero could not plunge into oblivion – the FBI is actively looking for him, and newspaper headlines constantly mix the name of the cop with dirt, suggesting his participation in the most high-profile crimes. Trying to hide from the atmosphere of hatred, Jack moved into a small house on the outskirts of Sharpwood. Our hero can only stifle memories with alcohol, eating fast food ordered at home. However, somehow Boyd ended up in charge of the local police department. Things are going downright badly here, even compared to the rotten Friborg. The city is practically cut off from civilization, criminals rule the ball here, and the police, even in their photographs, resemble kolkhozniks-idiots. Against this background, Jack Boyd may seem like a progressive boss. 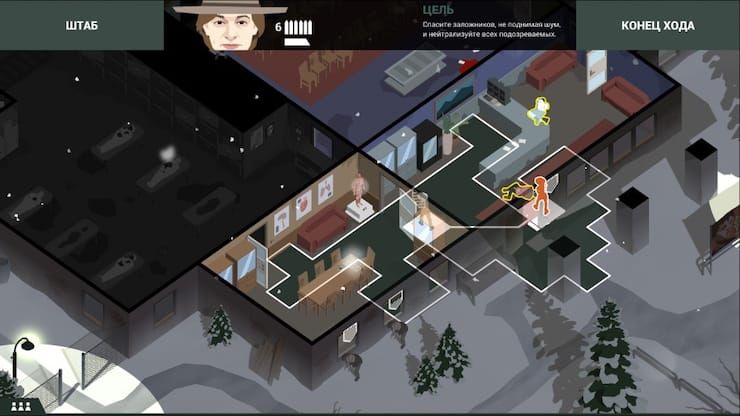 The game is still a mixture of police routine and crisis management. The new chief of police has enough problems – even essential goods can be bought with difficulty, you have to turn to smugglers. The telephone in the station does not stop: the robbery is replaced by the taking of a hostage, and domestic violence will seem like a sweet adventure compared to the obvious devilry. Resources are frankly lacking, and Boyd still needs to earn money in order to make an official from the mayor’s office be silent about his past with money. 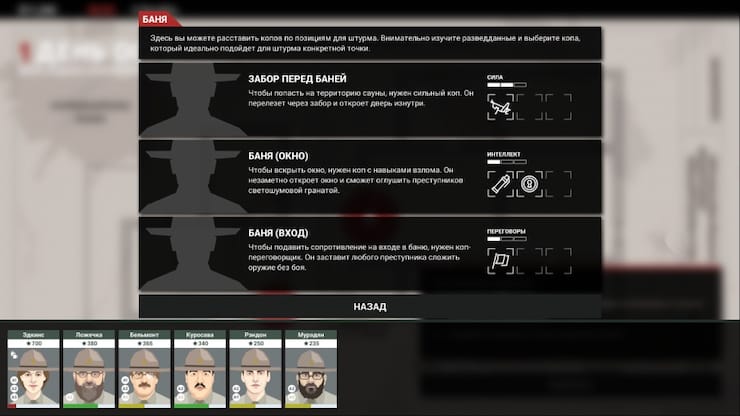 The player will again have to solve moral problems, as in the first part. The gameplay remains fairly straightforward as it takes up the space between the events of the plot. The recruiting system has changed – now you don’t just have to chase after highly rated employees. Recruits also differ in skills. Some cops shoot better, while others skillfully enter into negotiations, there are also particularly secretive employees. Based on the skills of the police, the conflict can be resolved in different ways. But it is worthwhile to understand that your subordination will be far from professionals, but provincials with their own behavior patterns. I would fire them all, but then who will work? 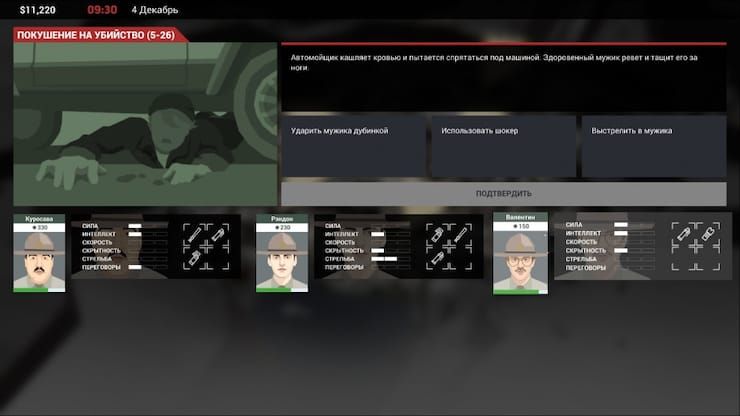 Thanks to a lot of little things, the player is more involved in the gameplay than in the first part. Now it’s not enough just to recruit cool helpers into the team. It is worth keeping an eye on their equipment, pumping and skills. It is still difficult to call it serious management, but employees will clearly require more attention. You will even begin to feel some kind of attachment and responsibility for fate towards them.

Tactical battles look a bit foreign. This is perhaps the main innovation of This is the Police 2. But the combat mechanics turned out to be rather primitive, and the enemies were created not only by being straightforward, but also weakly armed. The fights are frankly lacking in tension – the stealthiness of the police always brings them success. 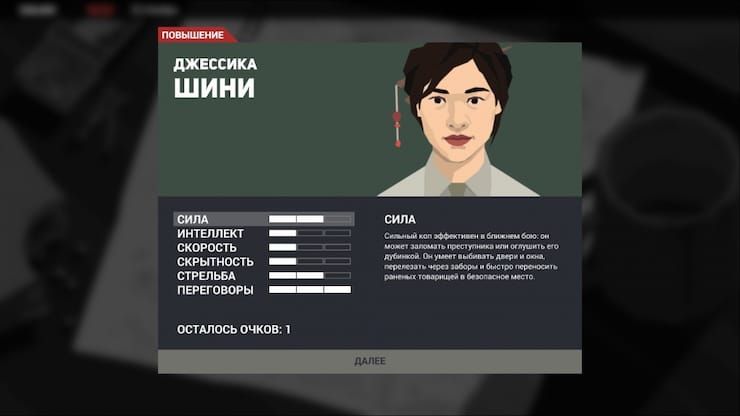 A similar unevenness applies to everyday work in the area. The developers can be understood – the first part of the game seemed too boring to many. Therefore, we tried to squeeze the gameplay, but because of this, not only the routine was gone, but also interesting investigations, unique calls. And closer to the climax of the game, attempts to get rid of everything unnecessary become too obvious.

But This is Police 2 retained its main trump card. What’s more, the visual design has also added detail, while the minimalist charm is still there. The plot is presented to us through the prism of comics and rare animated scenes. I just want to see more of them. And some scenes literally require embodiment in cinematography, suitable for the next season of the series “Fargo”. The developers were also attentive to the soundtrack of the game. True, Boyd frankly did not work out with the collection of vinyl records, but on the local radio they play music that is generally pleasant. Sounds, on the other hand, perfectly help to better feel this world: these are the intonations of the actors, and the sound of footsteps, the creak of snow.

The plot of the game turned out to be really exciting, with obvious dynamics and emotional leaps. Events are forcing Boyd to change, and what the game will lead to for a long time is unclear. And even the ending makes you think. This is Police 2 managed to become a worthy sequel to the first part, getting rid of clichés and keeping us in the dark about the development of the plot. The sequel has clearly turned out, in it the developers seem to have rethought an already successful mixture of gameplay, noir and narrative.

The only thing you need to warn the owners of iPhone with a small screen is that it will be quite problematic to read the texts on the screen.

Download This is Police 2 for iPhone and iPad (App Store)