The giants of the gaming industry create large-scale spectacular projects, while small studios can only draw attention to their products with fresh, extraordinary ideas. The Czech company Amanita Design just became famous with the multi-platform hit Machinarium. In fact, this game did not appear by chance, its roots are easy to find in the Samorost series. 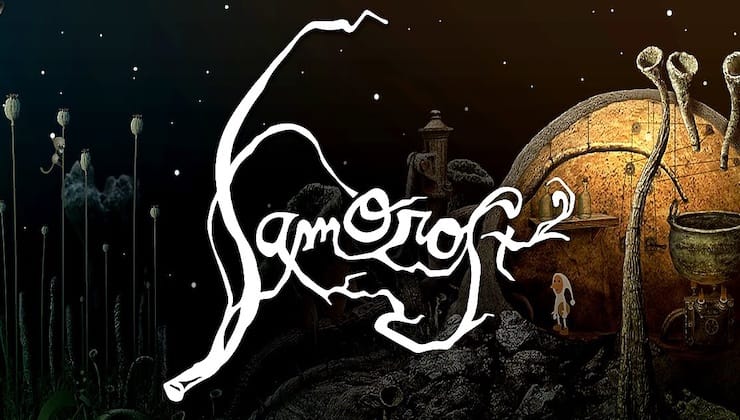 Fans of the stylish creations of Czech designers will undoubtedly be interested to know how the foundation of the future hit came about. And the games of the Samorost series themselves are not at all a raw semi-finished product, but full-fledged, bright and interesting phenomena. The second part appeared back in 2005, but now you can enjoy it on mobile gadgets. It is no coincidence that Samorost is at the top of its category in the App Store.

Samorost 2 is an unusual puzzle game in which you can easily see similarities with other hits of the publisher: both with Machinarium and with Chuchel. To understand the history, it would be nice to get acquainted with the background, only the first part of the game on iOS never came out. However, the plot here is so simple that it is quite possible to do without deep immersion in it. A Gnome lives on a miniature snag planet flying in space. Here are just some charming, but at the same time absurdly toothed aliens landed near the house of our hero and let’s eat his pears! A faithful dog friend tried to drive away the thieves, but they grabbed the guard and flew away with him to the stars. It’s good that our Dwarf saw all this. Timid shouts of protest did not help. I had to quickly get into my starship and go to rescue a friend. The footprints of the kidnappers led to their home planet. And somewhere there, in the depths of the underground base, a dog is kept in captivity. Our task is to help the Gnome explore a strange alien planet and save a friend.

The game itself is the most lightweight adventure quest. Here you will not find long text to dig into, nor pockets for storing numerous items. All player interaction with the world occurs when you click on its elements. If something can be moved, unscrewed or lifted, then this will be done by moving a finger or moving our Gnome to the right place. The player’s goal is to click on the key elements in the desired order on the current screen. This is precisely the solution to the puzzle. It is interesting that the logic of behavior and physics do not fully correspond to alien realities, but are understandable to ordinary earthlings. On the one hand, the designers have cheated and have not completely prescribed a foreign world. But all this is for the benefit of the gameplay that everyone understands.

The journey itself is linear, but how to move to the next level is not always clear. And then you have to pause the journey of the Dwarf, trying to unravel the secret of the next location. While the tasks end up being straightforward, it can be difficult to understand the purpose of the desired sequence of actions. True, the necessary elements are not always large enough to clearly want to be used.

Samorost 2’s gameplay wouldn’t be as adorable without visual aids. Painstaking work of artists is evident. Detailed surreal landscapes open before us, and the animation is emphatically slow. And why should we rush somewhere? It is worth staying in this location, because its study will help further progress. The lack of dialogue sounds also helps you focus on the game and immerse yourself in your thoughts. The branded stylish picture from Amanita Design together with the unhurried disclosure of the game world really does magic.

It is impossible not to mention the soundtrack. Its author was the Czech Tomas Dvorak. It seems that the music is half composed of the sounds of the surrounding world, which further contributes to immersion in it. On the whole, the music clearly evokes thoughts of something otherworldly, strange, but somehow fearless.

All the advantages of Samorost 2 can be seen literally from the intro – atmospheric graphics, quirky music and a magical world filled with strange creatures. It will be difficult to resist passing the game and exploring the imaginations of Czech designers. And the riddles themselves will not repel. The cute game turns out to be short-lived, and it’s hard to tell if you will spend more time contemplating or trying to grasp the logic of the next location.