Let’s be honest: Gesundheit! – not for people with a fine mental organization. This is a game about sneezing and snot, however, after the first levels, the disgust passes and there remains an understanding of how unpredictable and well-designed this project is. 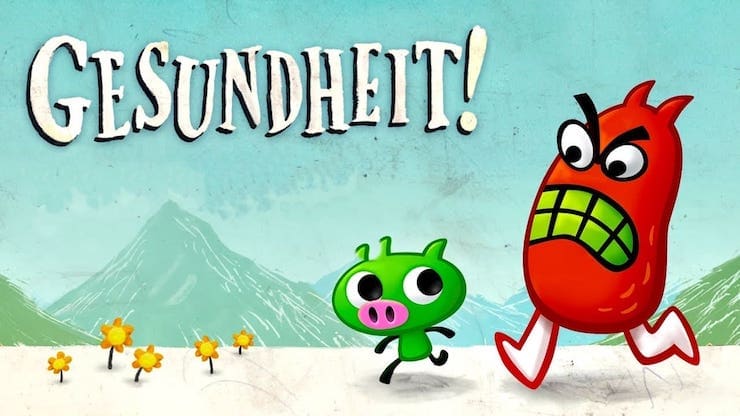 You will play as a green pig suffering from allergies that prevent him from making friends with his peers. But when aliens invade his world, the main flaw turns into a powerful weapon, since the monsters love these green snotlets very much and, using this weakness, they can be lured and distracted. To save the city and its friends from alien invaders, the piglet will have to lure them into traps without being eaten. So, you need to partisan, hiding behind buildings and bushes. If the monsters do notice the piglet, they can be distracted by a savory sneeze. 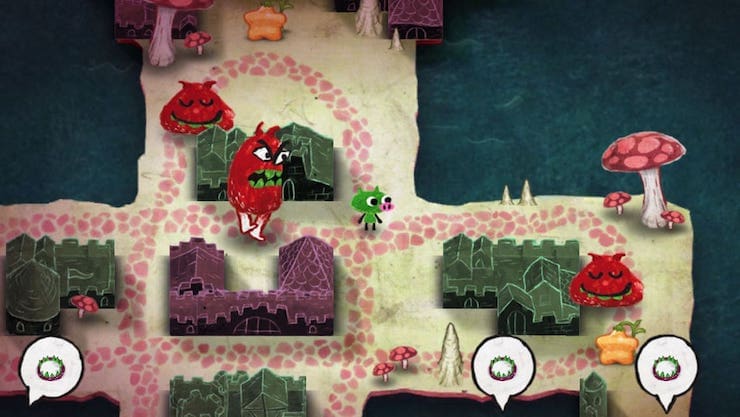 The game offers a variety of puzzles that require a different approach. As you progress through you will come across various elements that will make sneezes more effective. For example, certain flowers increase the strength of a sneeze, and grass allows snot to be used as a grappling hook. In each new location, new monsters with original skills will appear: someone runs fast, someone knows how to fly, so when you meet them you have to revise your strategy. 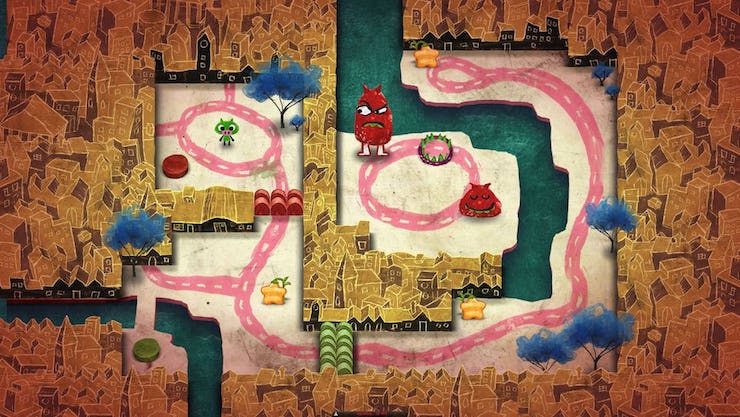 The game offers 40 levels. On each of them you will need to collect three stars and lure all opponents into a trap located on the playing field. You need to collect all the stars in order to take the leadership position in the Achievement Center. By the way, you can skip the levels if you want.

The controls in the game are very simple: the pig is moved around the playing field with the help of taps – where you clicked, it will run there, and in order to spit snot, you need to pull the hero to the side. Gesundheit! offers a tutorial so that there will be no control problems. 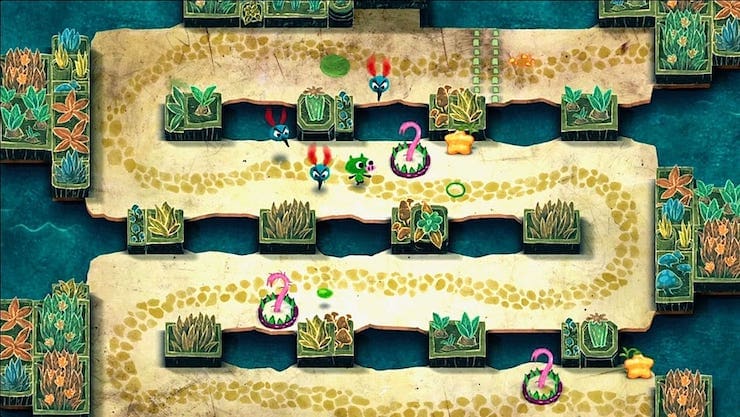 The cartoon graphics in the game look like they were painted with paints and a felt-tip pen, which gives Gesundheit! lively and funny atmosphere, which is only emphasized by cheerful music. The project can hardly be called revolutionary, but, of course, it is a game that everyone should play.