The game Euclidean Skies, that is, Euclidean Heavens, is a continuation of the rather successful puzzle Euclidean Lands (respectively, Euclidean Earths), which, in turn, combined the mechanics of the Rubik’s cube familiar to everyone from childhood and something similar to the turn-based strategy Hitman Go from Square Enix … As for the sequel, much more effort was put into its development, and the result was really impressive. 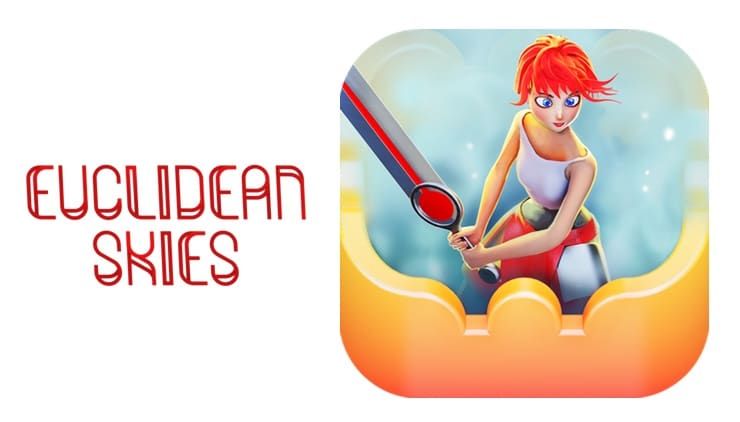 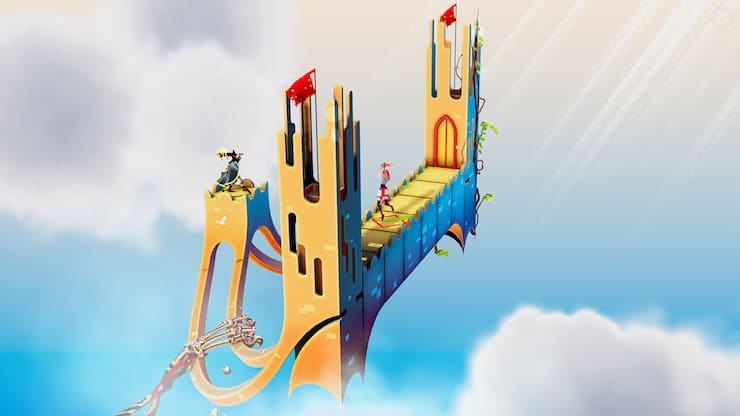 It’s worth starting right away with the graphic design. While the original Euclidean Lands looked good enough for a puzzle, in the sequel, all locations and characters are drawn an order of magnitude more beautiful. At the same time, the game became not just three-dimensional, with the possibility of arbitrary rotation of the “camera” 360 degrees, but also received support for AR-mode, which allows you to see any details from any angle, to look into the face of the main character or to study the structure of the skeleton of a dragon present at many levels … 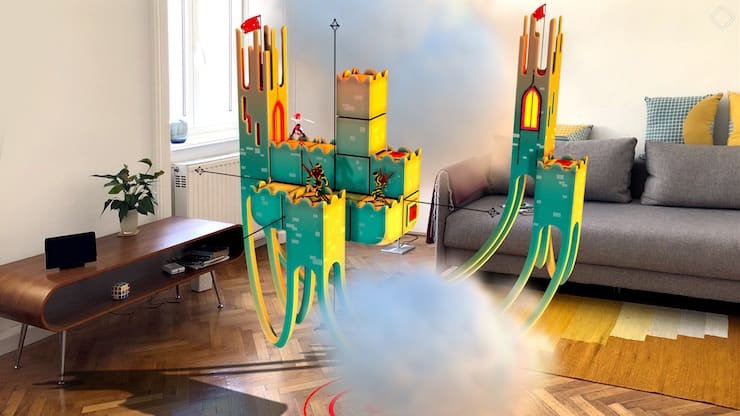 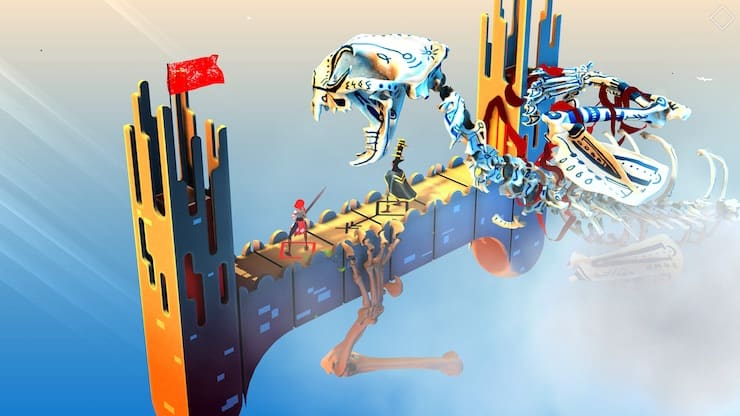 In short, the essence of the game is as follows: the main character, armed with a sword, cannot defeat opponents in a direct head-on collision and must show cunning.

Knowing the intended route of movement of each character, the user needs to rotate and shift the elements of the location in different planes, trying to inflict a sneaky but effective blow in the back or from the side. 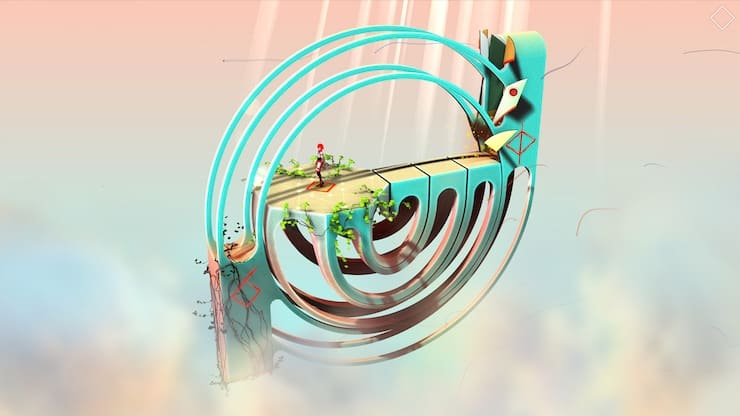 At the same time, there is no gravity in Euclidean Skies, which means you can safely walk upside down. The simplest example of an attacking enemy approaching is to turn the block straight below you 180 degrees vertically, bypass the enemy from below, turn the block back 180 degrees and attack from behind. At the same time, opponents cannot change the intended course of movement, even if the player’s actions are obvious. 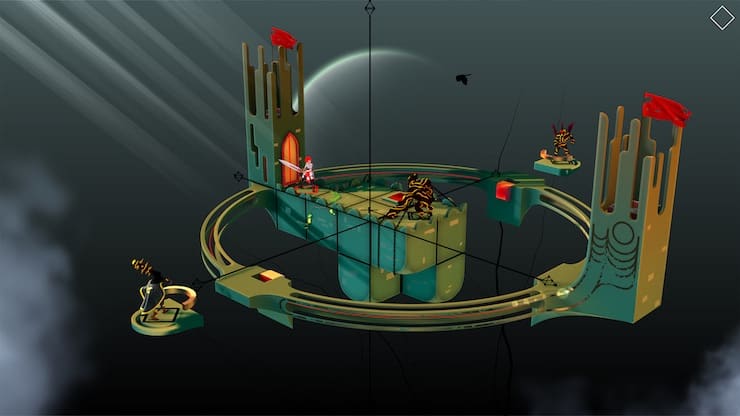 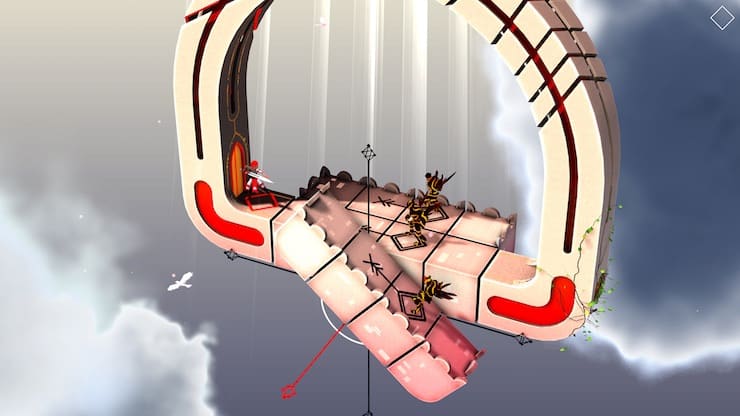 There is no age limit for Euclidean Skies, the game is recommended for absolutely everyone, but at the same time, the complexity of the puzzles will hardly allow you to pass all 40 levels not only for a child, but also for a primary school student. Nevertheless, even children will be interested in deforming locations and breaking the skeleton of a dragon, especially if you do it in augmented reality mode, and you can simply “skip” especially difficult levels here.