Are you a Gradius or R-Type fan? Do you like pixel retro graphics? Then you’ll love Super Hydorah, which was released on mobile a few months after the game’s release on PC and PS4/Vita. 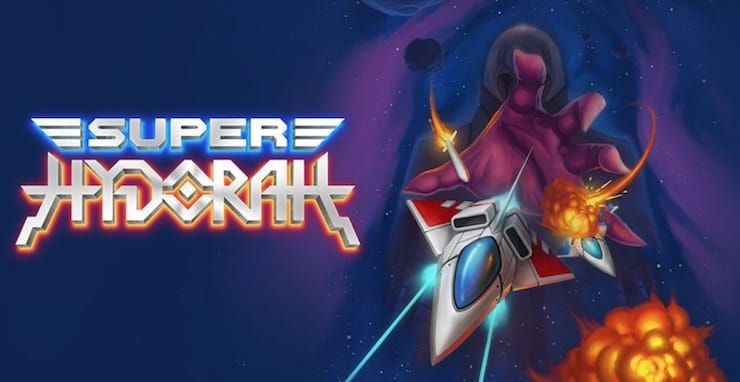 Released in 2017, Super Hydorah has everything true fans of horizontal shoot ’em ups could ask for. The player moves forward towards the exit from left to right, avoiding obstacles, avoiding enemies and dodging bombs. If you are crazy about bursts of adrenaline and gambling to the point of trembling in your hands, Super Hydorah is the game for you! 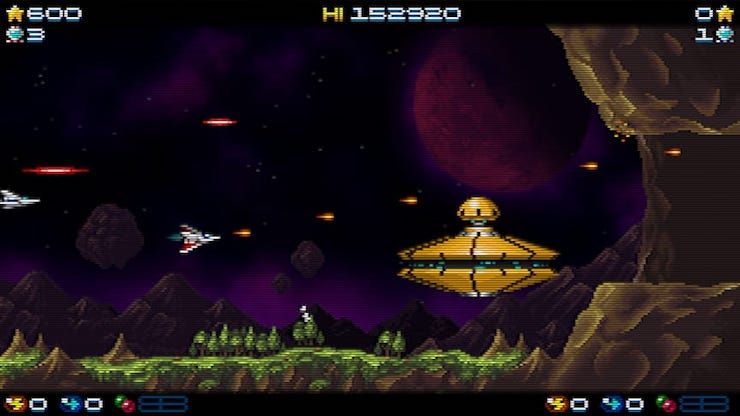 In the game, you will control a spaceship that shoots automatically, so you only need to avoid obstacles and aim accurately. Don’t worry, you’ll have to work hard on other things (such as weapon customization, which we’ll cover below), so you won’t be bored. If you press both sides of the screen at the same time, the ship will stop firing. This feature comes in handy on levels where you don’t want to destroy certain objects, or want to know who is shooting where in the most intense firefights.

The parallax scrolling works great and you can zoom in on objects in all levels of the game and view them from different angles. That is, Super Hydorah is still not one hundred percent horizontal shooter. In addition, you can go back if you suddenly want to finish off the enemy or bomb the tower. However, this is not always possible, as different mechanics and layers are used at different levels. 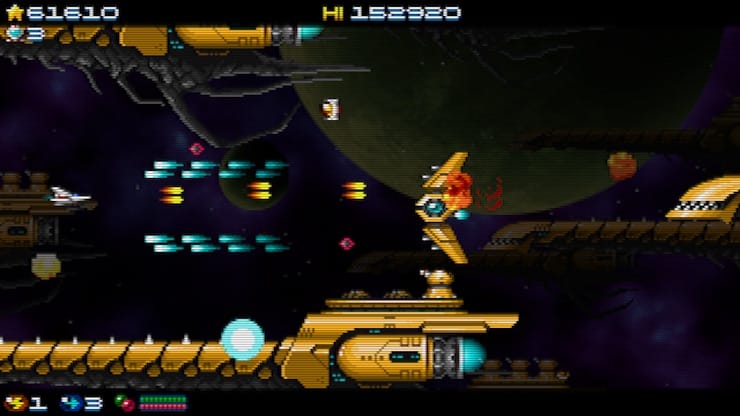 If I may say so, the game is polished to a shine. The spirit of retro blows not only from pixel graphics – “old school” is also added by a well-chosen soundtrack. There are explosion sound effects and other goodies that add to Super Hydorah’s 1980s tech noir vibe.

During the game, you will try on the role of a pilot fighting against alien invaders. The cost of Super Hydorah in the App Store is 529 rubles. Such a price may seem too high for a mobile game. However, do not forget that the mobile version is a fully ported version for desktops and consoles, which costs twice as much. Plus, the game looks great on iPads or larger iPhones. 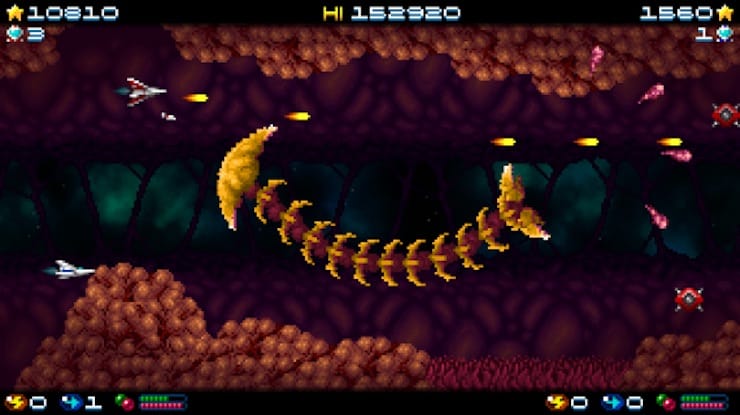 Super Hydorah has two display modes – standard and CRT. The CRT mode is based on how similar games looked on the screen of old cathode ray tube (CRT) televisions. This mode will be a real gift for those who played such video games 20 years ago and want to get nostalgic.

I must say, Super Hydorah is laced with nostalgia. It has a lot of references to the classics of yesteryear, more specifically Konami’s Gradius series. You can upgrade weapons after you deal with the leaders of the aliens and complete levels before moving on to the next. The game provides three classes of weapons from which you can choose. In addition, you can improve your weapons by flying through the green (primary) and red (secondary) orbits left behind by downed aliens. 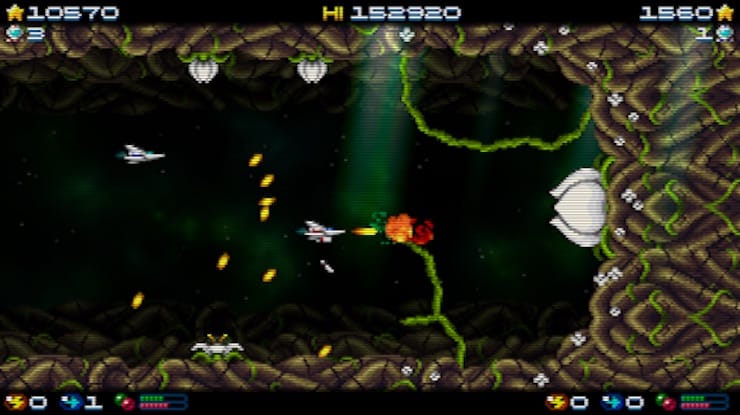 Before choosing a direction of flight, check the map, which shows the forking paths. You will have to work hard in the fight against alien enemies, but the game can not be called too difficult, especially in easy mode. It is worth noting that Super Hydorah has two difficulty modes. In normal mode, you have one shield and resistance to one enemy shot. In easy mode, you have three shields at your disposal that can absorb three enemy hits, and another one for the ship that protects from explosions. In other words, you can survive four attacks, but the fifth shot will kill your character.

Unlike other shooters, in Super Hydorah the virtual control panel works perfectly on the touch screen. It is very convenient to play with the thumb of the right hand. If you’re a fan of the shoot ’em up subgenre, be sure to download Super Hydorah. The game is also great for fans of classic 80s shooters.