Along with the growth of well-being and an improvement in the standard of living of the world’s population, the number of psychosomatic diseases is also increasing. The average citizen is increasingly unable to cope with stress on his own, experiences neuroses and obsessive states, suffers from depression or sleep disturbances. And here the question of choosing a specialist for the treatment of mental ailments becomes an edge. 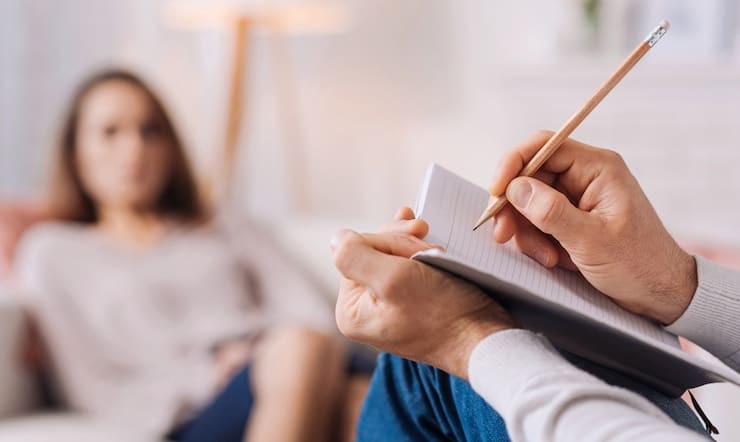 Not so long ago (in historical perspective) occupational therapy was the main means of treating such diseases. Today, the percentage of the population engaged in physical labor is falling rapidly, and the number of psychotherapists’ patients is steadily growing. At the same time, not everyone is able to clearly explain for themselves the difference between a psychologist, a psychotherapist and a psychiatrist.

♥ BY THEME: Is it better to run or walk fast?

What is the difference between a psychologist, psychotherapist and psychiatrist in simple words?

The most important thing in describing the profession of a psychologist is that this specialist is not a doctor. Having a liberal arts education, the psychologist works with people who are healthy from the point of view of medicine.

A psychologist can help to cope with stress, post-traumatic stress disorder, excessive child activity, increase the productivity of company employees, properly set up an athlete before a competition, etc. There are a huge number of areas (social, pedagogical, children’s, forensic, etc.) psychology, and some of them are considered “pseudoscientific” ..

See also  What is the difference between JPG and JPEG?

It is important to understand that a psychologist never diagnoses mental illnesses and does not prescribe medication.

♥ BY THEME: 10 reasons that prevent you from achieving success.

The difference between a conventional psychologist and a clinical psychologist is that the latter has an additional knowledge base that allows diagnosing diseases and referring the patient to a psychiatrist or psychotherapist.

At the same time, a clinical psychologist is also not a doctor and cannot prescribe medication.

The once popular specialty required very serious training at the end of the 20th century. To obtain a certificate or other document confirming the qualifications of a psychoanalyst, it was necessary not only to have a higher medical education, but also years of specific practice.

Today the concept of “psychoanalyst” has become so vague that psychologists often attribute this specialization to themselves. Therefore, when contacting such an analyst, you should familiarize yourself with his diploma of higher medical education and the presence of psychiatric practice.

♥ BY THEME: Ideal weight for women and men: how to determine with medical formulas: 5 methods.

The main difference between this specialist and a psychologist is the presence of higher medical education. A psychotherapist is a doctor who can diagnose and treat mental disorders and, in the most severe cases, refer a patient to a psychiatrist.

The main activity of a psychotherapist is to conduct individual or group therapy, which allows patients to cope with neuroses, panic attacks, disorders of the digestive system of a psychosomatic nature, alcoholism, drug addiction, etc. At the same time, psychotherapists prefer to avoid drug treatment or combine it with general therapy.

The powers of a psychiatrist include not only the diagnosis and treatment (often medication) of diseases, but also the issuance of conclusions about the sanity, ability to work or disability of the patient.