Progeria is one of the most unusual and mysterious diseases. In fact, it is not harmful viruses that cause it, but a genetic defect. Progeria is accompanied by changes in the skin and internal organs, and patients appear overly aged. These people have a characteristic appearance: short stature, a large head and a reduced facial part.

To begin with, let’s decipher the word “progeria” itself. It is composed of two Greek words – “over” and “old man.” Thus, the patients become “super old”, which looks depressing. Progeria can be both child and adult. For the first time such a case was described back in 1886 by the English physician Hutchinson. He watched a six-year-old boy who began to age rapidly, accompanied by the death of his skin. Based on this story, the term “progeria” appeared in medicine. A similar disease in adults was described a little later – the German doctor Karl Werner, based on observations of four patients, defended his doctoral dissertation in 1904. Progeria is a rare disease; in total, about 350 cases of it have been recorded.

♥ ON TOPIC: What is Tourette’s syndrome: symptoms, causes, video. 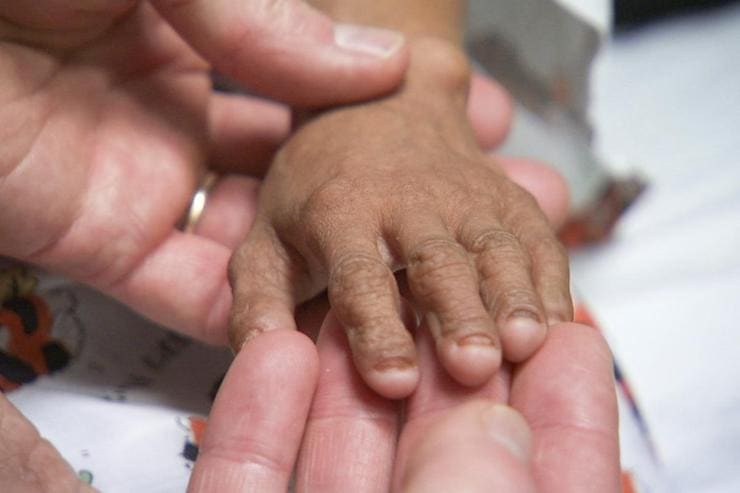 Today, science has managed to identify the cause of this disease. In children, progeria appears due to a mutation in the LMNA gene, which is responsible for encoding lamina proteins. In some families, Progeria is found in children of the same parents (for example, Anjali Kumari and Keshav Kumari, video at the end of the article), sometimes they are blood relatives, which can also be the cause of a failure in heredity.

Progeria most often does not appear from birth, its signs make themselves felt at 2-3 years of age. The child reduces the growth rate, the condition of the skin and subcutaneous tissue changes dramatically. The surface of the body becomes dry and wrinkled, veins begin to show through. The child’s head is enlarged, but not the face, and the lower jaw remains underdeveloped. The development of the body also occurs with obvious violations: muscles atrophy, teeth, hair and nails fall out, the bone apparatus and joints become weak, the genitals stop developing, vision deteriorates.

Unfortunately, it is difficult for a person to deal with such a set of diseases – the average life expectancy in childhood progeria is only 13 years. Death occurs between the ages of 7 and 27 years; in the history of medicine, only 2 patients are known who have lived for more than 27 years. 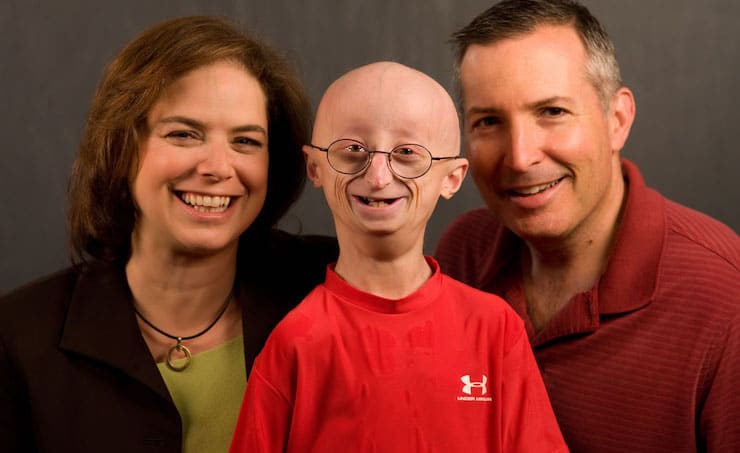 Progeria in adults is caused by a violation of the WRN gene. The disease manifests itself during puberty of a person, which leads to a slowdown in its growth. In the third decade of life, hair begins to turn gray and hair falls out, cataracts develop, and the skin becomes thin. Ulcers appear on it. The mouth opening and nose become narrow, thus the face begins to look like a mask. At the age of 30-40, diabetes mellitus, atherosclerosis manifests itself, and malignant tumors are also possible. Unfortunately, there is no general cure – doctors grapple with specific complications based on the severity of the symptoms. And in this case, progeria ends in death due to numerous complications of the vascular system and malignant tumors.

It has already been established that progeria is directly related to molecular changes in the body that occur during aging. The disease is called “Benjamin Button Syndrome” in honor of the movie character, who also looked elderly in childhood.

Unfortunately, humanity has not yet found a way to deal with old age, and is it really necessary? Alas, some people begin to age not in soul, but in body as early as childhood. But the story of Sam Burns shows that the love of life is still stronger than the fear of death. The American teenager, who died of Progeria at the age of only 17, gave many motivational lectures. Sam publicly talked about how, even with physical limitations, he tries to enjoy every day he lives and make his dreams come true.

Other children with progeria disease