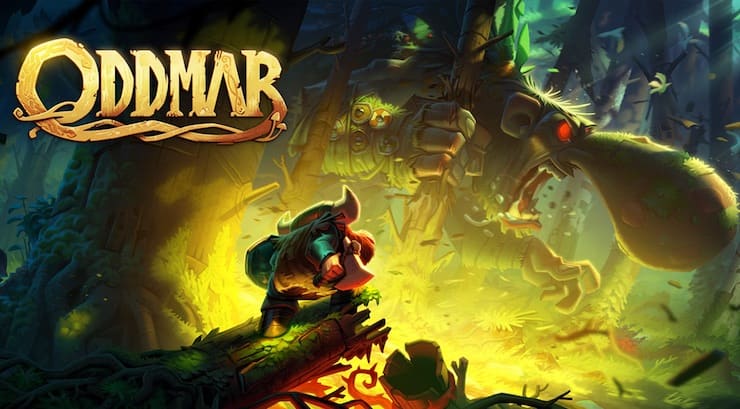 If you are a fan of platformers, by no means miss out on this great game Oddmar from Mobge. It has everything a great platformer needs – a wide variety of jumps that will require all your dexterity and skill to complete, a fair amount of villains that you need to destroy, and a storyline that keeps you on your toes until the very end.

The game begins with the story of the Viking Oddmar, who is despised by his barbarian brothers. The fact is that, unlike them, he does not like to loot and destroy everything around him. However, due to his gentle nature, Oddmar runs the risk of not getting into Valhalla. To secure a place in the “paradise” of the Vikings, the hero needs to burn down the forest so that his village can grow further. 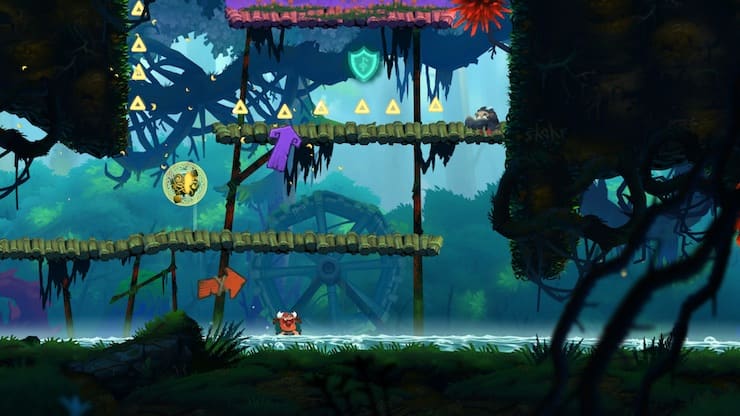 When the prologue ends, you find yourself in the world of Midgard, where, according to German-Scandinavian mythology, people live. The game provides 24 levels of varying difficulty, and at first your options will be very limited. In the first two levels, you can only walk and jump, but then you will have additional opportunities. Remember, your job is to secure a spot in Valhalla! 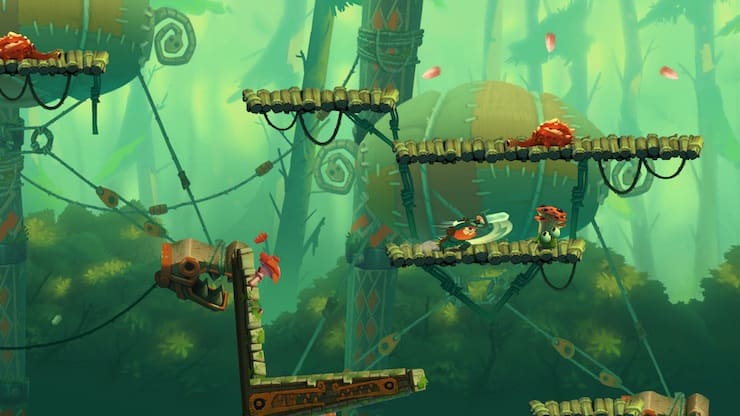 By the end of the last level in the first world, you will already be fighting with might and main with bad guys, collecting secret items and dodging danger like a real Viking. As you progress through the levels, you will discover new details about the life of Oddmar. Does he really need to burn the forest, or is there something more important in life than destruction? You yourself will not notice how you begin to pass the levels, not so much for the sake of the gameplay, as for the sake of learning the continuation of Oddmar’s story. 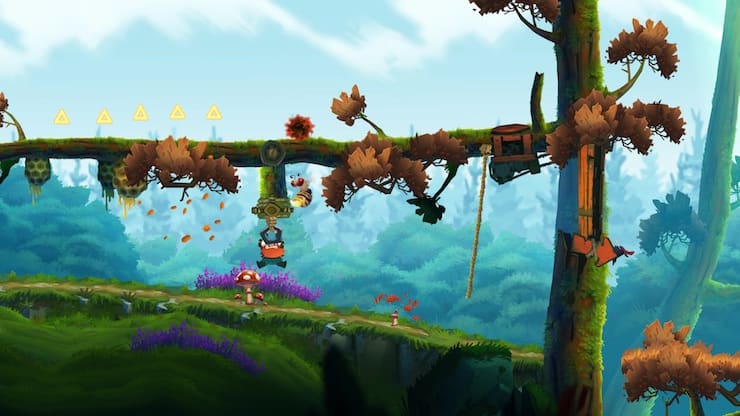 Get ready for the fact that you will have to show all your skills and abilities acquired while playing platformers. You do not have to puzzle for a long time over how to open this or that lock. But quite often you will move objects on the cart and jump, jump a lot. 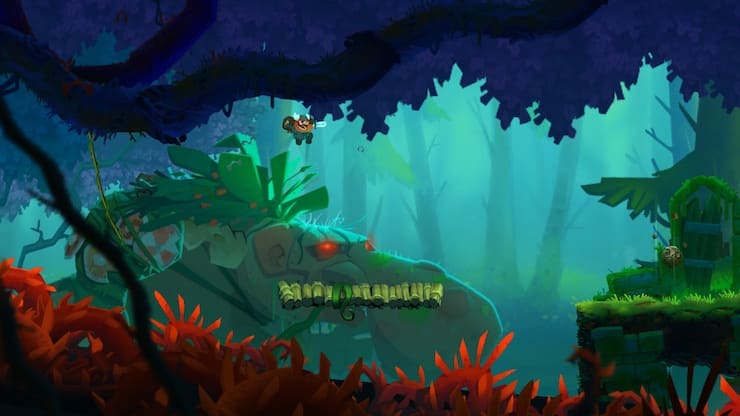 Your points are determined by three factors: the speed of passing the level, the number of coins collected and whether you managed to find the three secret coins. In this, Oddmar is reminiscent of the early platformers with their impeccable timing and precise jumping targets. Say what you like, but Oddmar is a real find for connoisseurs of true platformers. 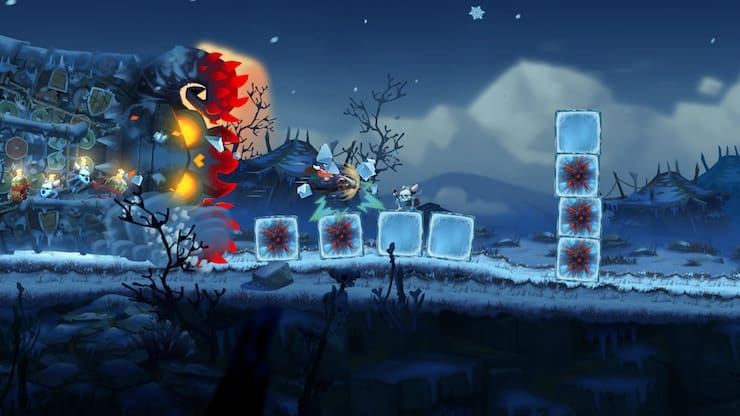 All points are recorded in the Game Center and with a good practice, you can get to the very top of the standings. After completing the level, you can return to it again to try to find the secret coins, collect all possible coins in this level and complete the level faster.

It is worth noting that the game looks amazing from a visual point of view. No primitive pixel art! The world around you is filled with lush green vegetation, jagged cliffs, lava mines and all kinds of scenic landscapes. If you ponder your next move too long, Oddmar eats mushrooms and shouts “For Valhalla!” 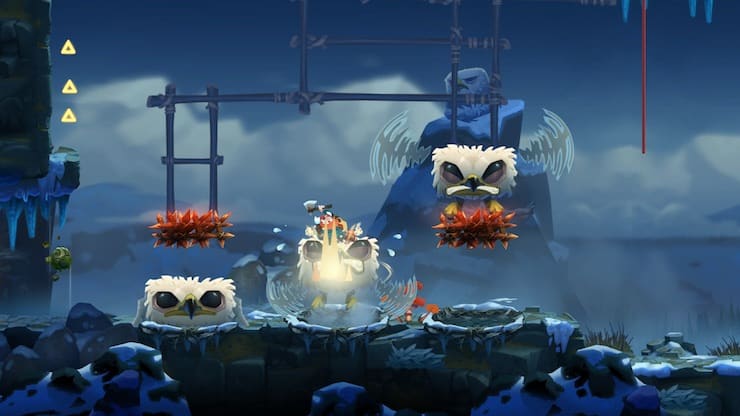 The virtual control buttons are just perfect. They are thought out very competently and work great, which is very important, given the role of timing in the game. The character is controlled by swipes left and right on the left side of the screen. The right side is responsible for jumping and attacking. In order to jump, make a swipe up, and in order to attack, tap the screen. 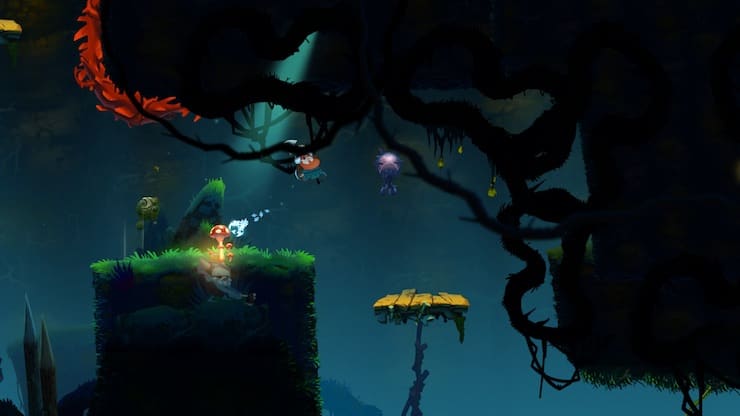 In addition to virtual buttons, you can control your character using MFi controllers. If you find the touchscreen controls awkward or too slow, use a physical controller. 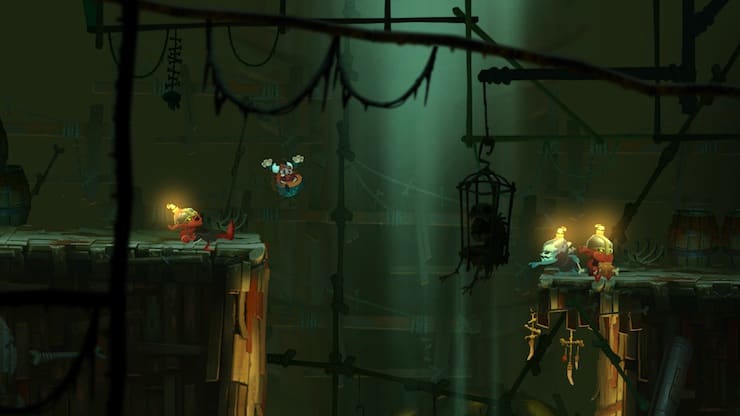 You can download Oddmar from the App Store for 379 rubles. Is the game worth the money? The answer is unequivocal – yes. Oddmar is a tribute to the legendary platformer Super Mario Bros., but they have done much more than just an old song in a new twist. The plot of the game is addictive, and you cannot stop until you reach the end. 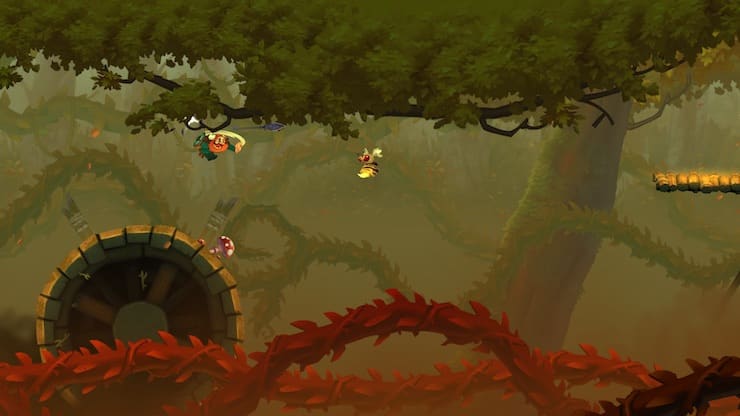 To download the game on iPhone or iPad, iOS 11.4 or later must be installed.