Most modern indie horror games rely too heavily on cheap gimmicks to make the user’s heart pound in horror. Unlike similar games, in the psychological thriller Neverending Nightmares there is no dark villain or ghosts trying to solve you, here the main enemy is your own mind. 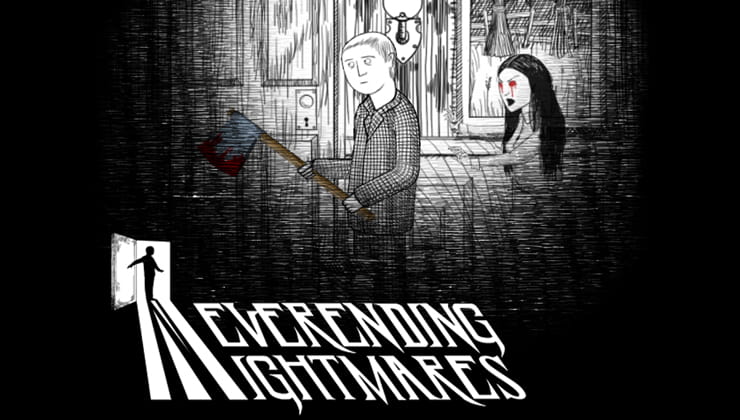 You play as Thomas Smith – a young man suffering from an endless series of nightmares, in which his younger sister Gaby is the main character. In fact, it is not exactly clear whether Thomas is an adult or a child. It is not known how Gabrielle relates to the man – wife, daughter, sister, or is she the attending physician? What binds these people in general: family ties, long therapy sessions, suicide, accident, murder or suicide? You will have to find the answer to these questions yourself.

Waking up, Thomas leaves the bedroom and finds himself in a creepy mansion, where mannequins and living dolls with knives lie in wait in his rooms, where he discovers his own corpse in one of the bedrooms and where the lifeless body of a black-haired girl he once knew hangs in the attic. Is this reality or is Thomas a hostage to his own extraordinarily real nightmares?

Over and over again, Thomas wanders the same corridors of the same mansion, wandering aimlessly through the cemetery, forest and mental hospital – everything, like in a real nightmare. Neverending Nightmares does not offer a particularly complex plot and there is nothing to do but accompany the protagonist on a journey through his sick mind.

See also  Trust this computer? Why does this message appear on the iPhone 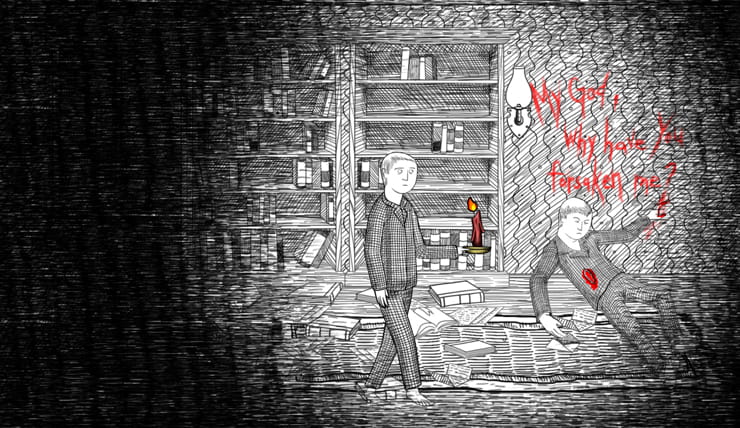 The game is based on the personal experience of its developer Matt Gildanbach, who himself constantly battled depression and obsessive-compulsive disorder. Neverending Nightmares is minimalist in everything from design to mechanics. You cannot run for a long time, because of asthma you have difficulty breathing, and shadows pulsate around you, creating the feeling that evil is hiding in the darkness. The atmosphere of the game is also added by an interesting hand-drawn visual style, made in black and white. Only plot items are highlighted in color. These are mainly warm shades – orange, yellow, brown and red, a lot of red.

In this never-ending nightmare, you can never be sure of your surroundings. With each step, things around you begin to change – blood spots and inscriptions appear on the walls of an ordinary room, portraits begin to distort, and previously illuminated areas plunge into darkness or the light becomes more subdued. All this, along with an ominous soundtrack and sounds, draws you into a game that is both predictable and not at the same time.

Another aspect that adds adrenaline to the game is the items and creatures that inhabit the Neverending Nightmares. All of them are alive to one degree or another, from pictures that are looking at you, to disfigured monsters lurking in different parts of the game, and dolls scattered on the floor. If the rest of the “characters” appear suddenly or rush at you, then the dolls approach very, very slowly, causing a growing sense of panic. Although the dolls are slow, there are many of them, and if they get to you, the game is over. 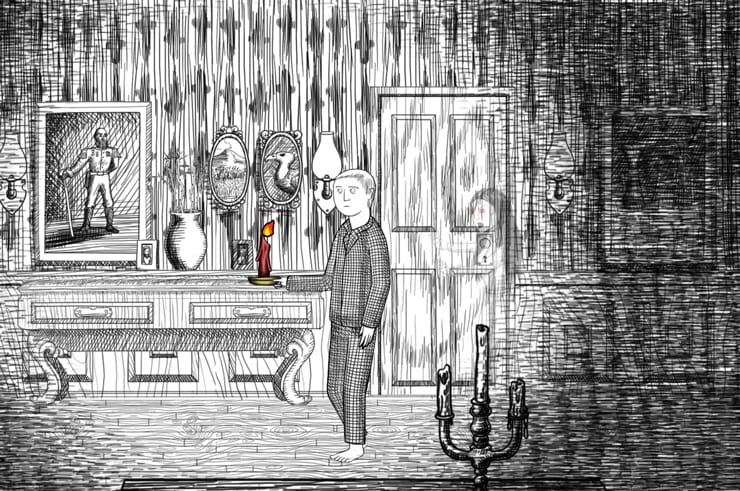 While the visual, audio and horror components of the game are brought to near perfection, the gameplay itself becomes boring as you progress. When you can barely walk a few meters without being tormented by shortness of breath, it will take a lot of patience to reach your goal. While this only reinforces the feeling of helplessness, endless wandering around locations ultimately becomes annoying, and an unsuccessful encounter with an enemy that sends you to the nearest save point creates a desire to end the game.

Nevertheless, despite the slow progress, Neverending Nightmares is a game filled with abstract ideas and an overt depiction of psychological trauma that all players are familiar with in one way or another. Not so much in terms of killing your own sister, as in the feeling of fear in its primordial form, either from paralyzing nightmares, or from the feeling that someone is watching you. 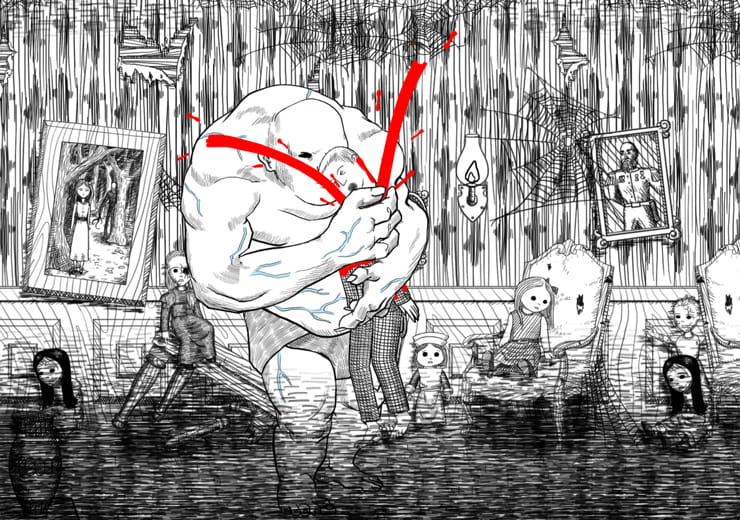 Neverending Nightmares offers three endings that ultimately make it possible to understand who Thomas is and what unites him with his girlfriend: whether he is a guilt-ridden murderer, or a person with an unstable psyche trying to cope with the loss of his family. However, the game leaves a sense of understatement. Neverending Nightmares is based on an obscure plot that forces the player to ask endless “why?” And How?” and scroll various theories in my head in an attempt to understand where is reality and where is dream.