Studio 10tons became famous for its time-killer Crimsonland, after which the developers concentrated on creating one-off projects. Only in 2016 did developers delight gamers with a really worthwhile novelty – a shooter Neon chrome… 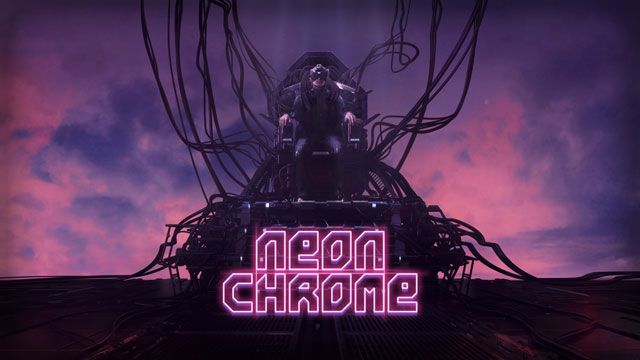 According to the plot, power in the world was seized by a mega-corporation headed by a certain Overseer. People were enslaved and moved to huge communes, in which they work from birth to death. The workforce is guarded by a whole army of armed individuals, to whom hundreds of cameras and dozens of drones have been allocated. 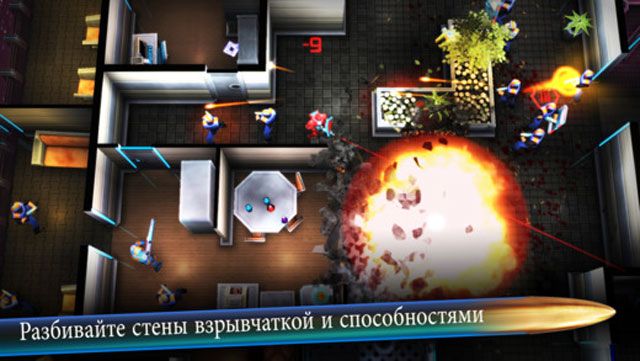 But one day, a freethinking hacker girl manages to infiltrate the system and revive the fighting robots. She gains access to control them and leads them to the Overseer. The latter is located on the top floor of a huge building, and we need to overcome this entire path to eliminate the tyrant. Robots can easily die in battle, and after that we will have to start the level again.

♥ ON TOPIC: Republique is a full blown stealth action game for iPhone and iPad.

There are five floors in front of us, at the end of each of which there is a leader. It is very difficult to get to it, and only by defeating it, it will be possible to save. At the end, we will meet with the Overseer himself. 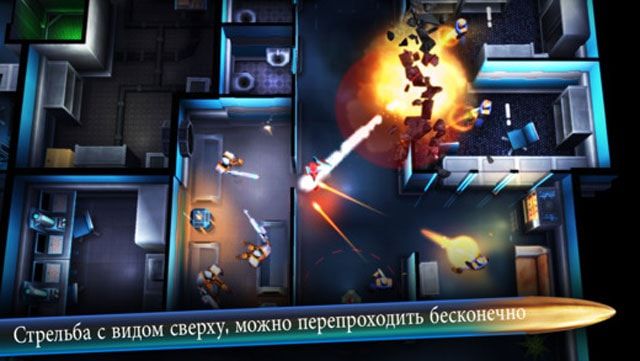 The levels are generated randomly, so in the case of repeating the stage, the soldiers led by us will find themselves in a completely different location. Lucky – and along the way there will be frequent medications and weapons, no luck – and they will be absent altogether at the level. From such little things, in fact, the process of passing depends. After a defeat (which will have to be experienced repeatedly), the player will be able to spend the accumulated bonuses to upgrade ammunition and weapons.

See also  Camera sound in iPhone: how to enable or disable when taking a photo 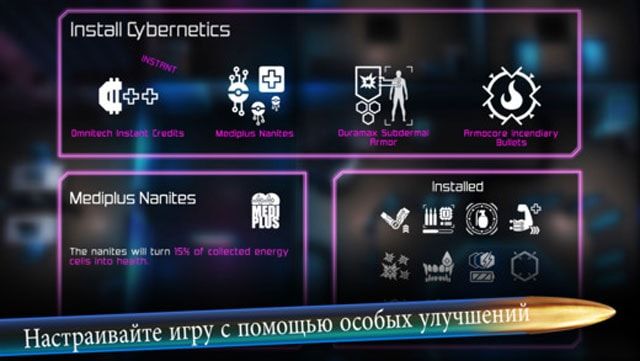 V Neon chrome top view implemented. Our soldiers will shoot mainly with the help of auto-homing. The controls are generally quite simple, but not always as responsive as we would like. In locations, despite the fact that they are constantly changing, there is a general scheme. That is, after half an hour of the game, both traps and their location, and the most advantageous tactics for the player, become obvious. 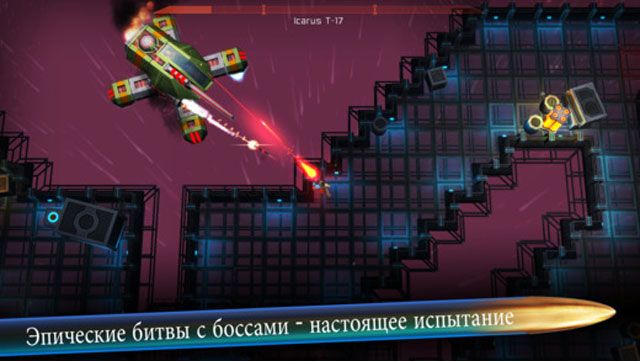 Generally, Neon chrome is a quality representative of the shooter genre with addictive gameplay and wonderful design.