In literature, cinema and computer games that exploit the post-apocalyptic setting, the main character is almost always a person. And it is extremely rare for the authors to take a risky step – to allow a fictitious disaster to sweep humanity off the face of the earth. And this is not surprising – building a story without people or anthropomorphic creatures is very difficult. Here are the creators of the game Mushroom 11 took the risk and paid off. 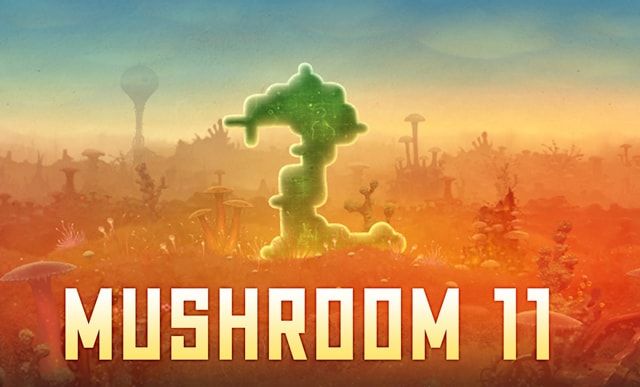 On the planet, presumably – the Earth, a large-scale catastrophe happened, which put an end to the existence of living organisms. Only the mushrooms miraculously survived. Actually, it is they who will be the main characters of the game. 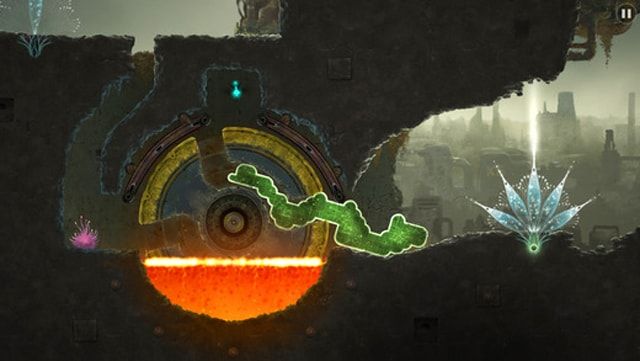 Judging by the environment, the apocalypse happened not so long ago – quite often human dwellings appear against the background, but empty and dilapidated. The character we are going to play is a mutated mushroom. Of course, he cannot speak, write and read, therefore it will not be possible to learn about the catastrophe with his help. And the search for the causes of the apocalypse is not among the tasks of the game.

♥ BY THEME: Kidu: A Relentless Quest for iPhone and iPad is an interesting platformer with non-trivial mechanics.

The main goal of our protagonist is to get from the conditional point A to point B. This is where the user should help him. The player will need to remove pieces of the mushroom, which will return to a different place in the body of our hero – this will become an impulse for movement. The essence of the process is that the user cannot know where the mushroom will grow its body. This means that the character can “grow” in any direction, and the user will have a task – to constantly correct the trajectory of his movement. 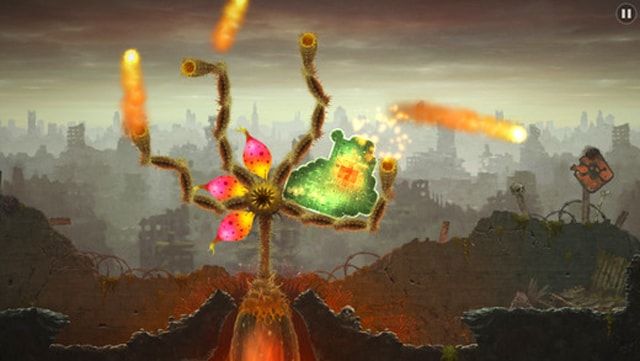 The matter is not limited to this: on the way of our hero every now and then there will be unexpected obstacles. Boiling lava, boulders, buildings and rooms inside them – all this will turn out to be obstacles in the player’s path. And although the first stages are not particularly difficult, which is facilitated by numerous checkpoints, however, closer to the middle of the game, the puzzles will suddenly become difficult to pass. That is, the simplicity that the user will encounter at the very beginning Mushroom 11is actually deceiving.

Each level of the game ends with a boss. The leaders here are specific, to match the main character. Each of them has its own weak points, and the user will have to look for them. If one boss can be defeated using his own weapon, then in order to cope with another, you will have to, for example, walk over it. That is, for the passage of each villain will have to experiment. The final battles with the leaders are exciting, but can get boring due to the large number of unnecessary movements that the player will have to perform in order to give the right direction to his character. 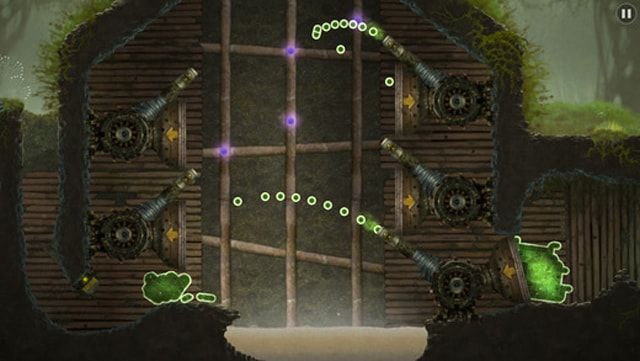 Generally, Mushroom 11 can be described as a non-trivial puzzle game that successfully exploits the ever-fashionable post-apocalypse theme. It is interesting to play it, but at times it is very difficult, which, however, cannot be called a drawback of the project.