Live Photos (Live Photos) is a software feature in iOS (Camera app) that allows you to get animated photos on your iPhone. 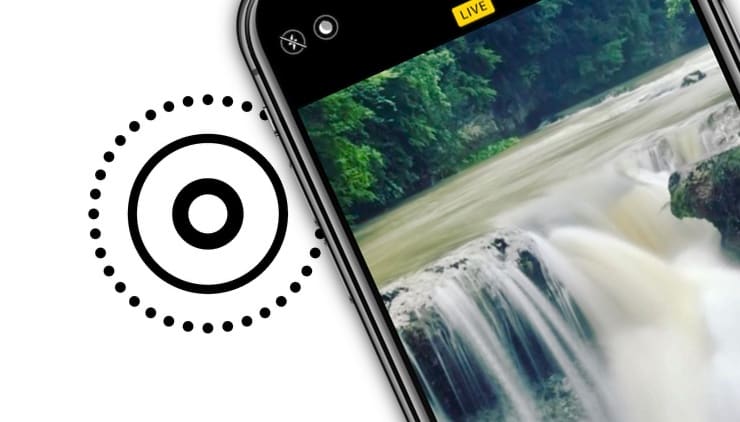 ♥ ON TOPIC: Fast charging for iPhone: which models are supported and which charger should you buy.

“Live photos” work very simply – after you start taking a photo, the iPhone or iPad camera records 1.5 seconds of video before the shot, and then 1.5 seconds after it was taken. As a result, a valuable “context” is added to the photo, information about what was happening around, and the output is a kind of mini-video. The animation is shown by clicking on the photo.

Apple has already said that Live Photo – not a video file, but a combination of a 12MP photo in .JPG with a .MOV file. “Live photography” includes 45 frames, and is played back at a speed of 15 frames per second (it turns out just 3 seconds). 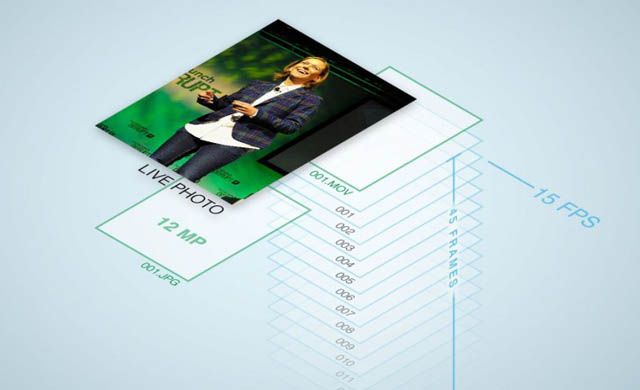 The combination of the two formats – .JPG and .MOV – also results in internal storage Live Photo takes up 2 times more space than a regular picture.

How to take Live Photos on iPhone?

one… Open the app Camera…

2… Enable the option Live Photos in the top menu. 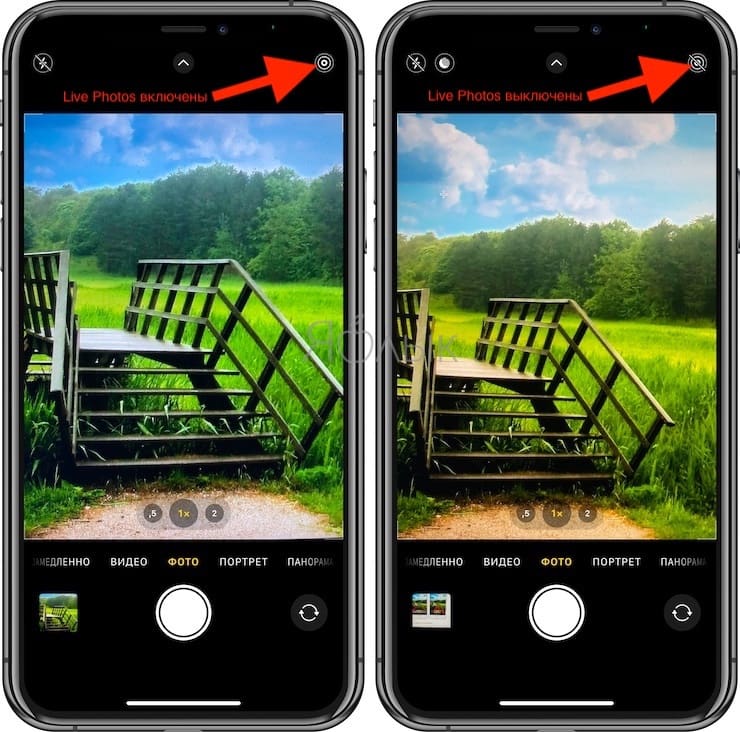 See also  How to publish Live Photos from an iPhone to Instagram: 3 ways 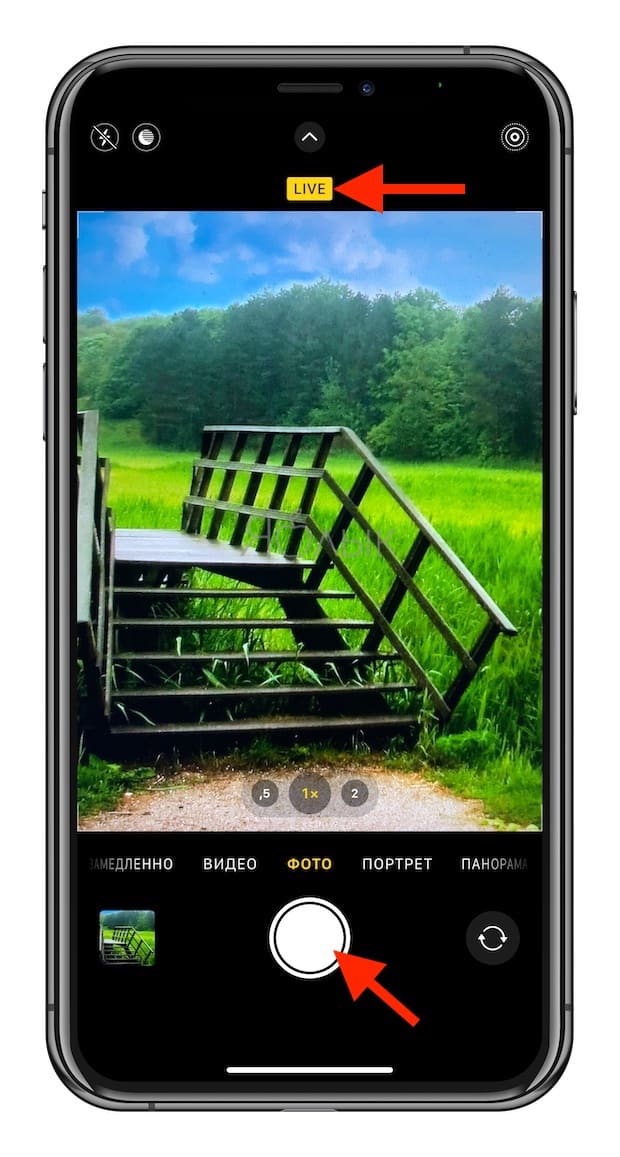 How to remove audio, crop and apply effects on Live Photos in iPhone 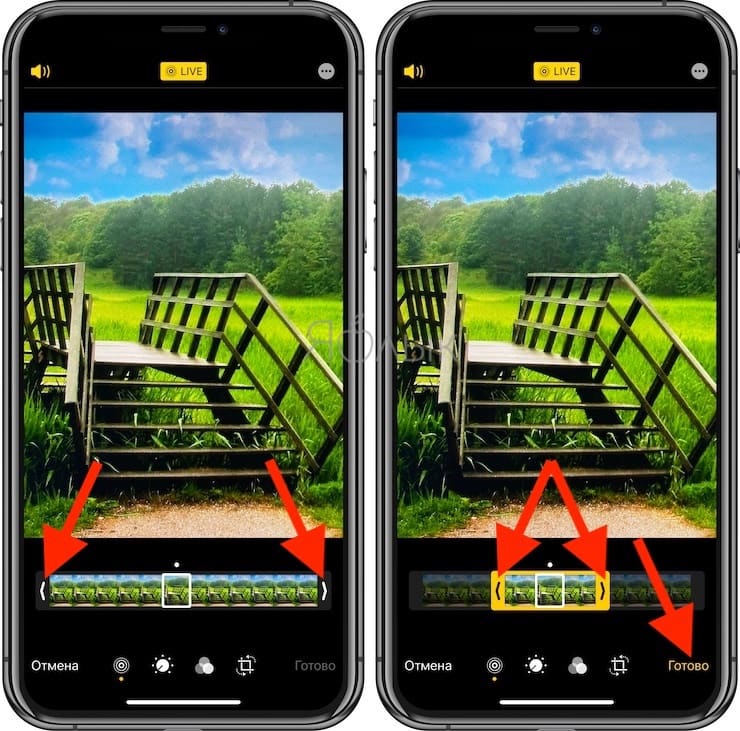 With the release of iOS 11, Apple developers have added Live Photos editing tools to the Photos app. We have detailed how to crop and apply effects in Live Photos directly on iPhone in this article. 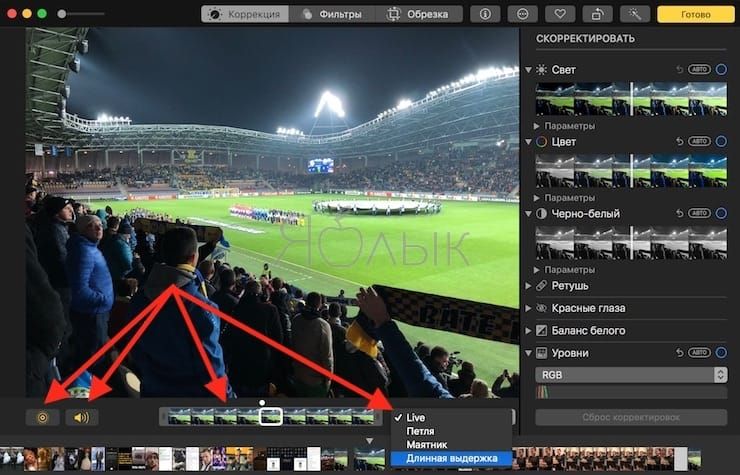 ♥ ON TOPIC: How to add a voice notification when iPhone or iPad is charging.

Due to the peculiarities Live Photos (combination .JPG + .MOV) You can fully enjoy the “come to life” photos only on devices with iOS 9 and higher, Apple Watch with watchOS 2 and higher and Mac running OS X El Capitan and higher. If you want to send Live Photos on an unsupported device, the .MOV component will be removed, and only the most common photo in the .JPG format will be left. In the OS X Yosemite Photos app, instead of one Live Photos two files are displayed at once – one with .JPG resolution, the other with .MOV resolution. In El Capitan, there is already one file, the associated animation is played by double-clicking on it. But if you reset Live Photos on iPhone 6, but with iOS 9 installed, there will be no problems – the animation will remain. 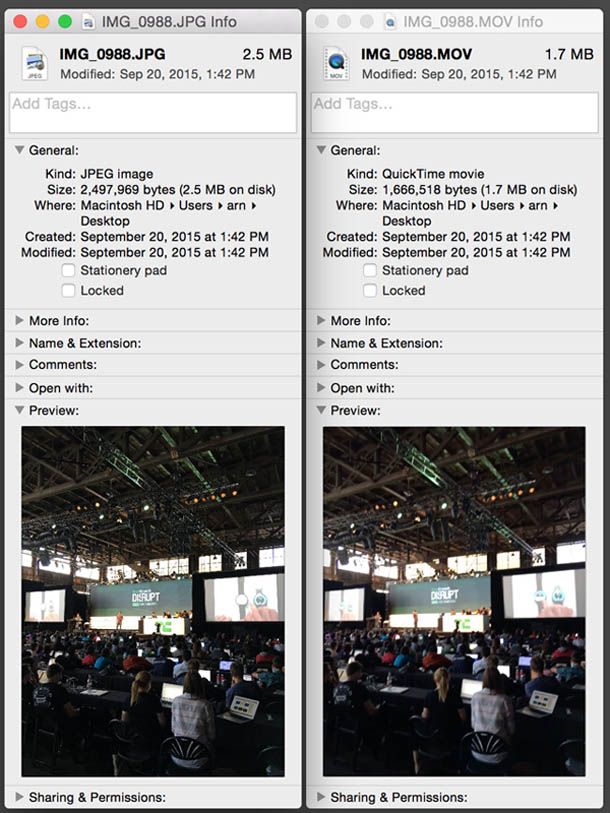 As you can see in the screenshots, the .JPG component of a Live Photo taken with an iPhone 6s camera is 2.5 MB, the .MOV component is 1.7 MB. If you use the front camera for such shooting, then the .JPG will be smaller – 1 megabyte, but the size of the .MOV will remain the same. The resolution of the .MOV file in both cases was 960 × 720 pixels at 12 FPS.