An interesting question: is the mass of our planet changing? On the one hand, physical laws tell us that nothing can appear on the planet from anywhere – if a person creates new objects, then resources are used to make them. One mass of matter gives rise to another. On the other hand, our planet is still getting a little, but easier from year to year. But how can this be? 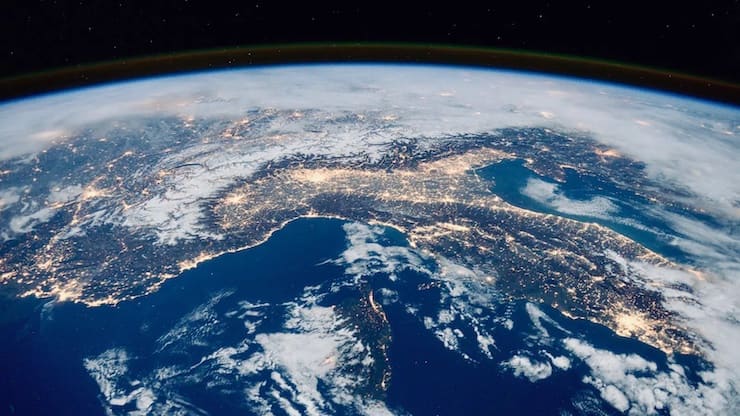 ♥ BY THEME: What will happen to Russia if the World Ocean rises or falls by 1 km? (map).

Scientists have calculated that every year our planet “grows” with cosmic dust. About 40 thousand tons of various debris from the not empty space surrounding us falls on the planet. But there are also reverse processes, which are more significant. So, every year our Earth gives into space almost 95 thousand tons of hydrogen in its gaseous state. But other processes, which are no longer so large-scale, play a role. For example, the radioactive decay occurring in the core of the planet deprives it of 160 tons of mass annually. Helium also escapes from the atmosphere – about 1 600 tons every year. And the spacecraft launched by people into the planet’s orbit make up a relatively negligible percentage – it’s only a few hundred tons.

Simple calculations allow us to give a fairly accurate estimate – the planet loses about 50 thousand tons of its mass every year. This seems like an impressive figure. But the mass of the entire planet is almost 6 billion trillion tons! At this rate of depletion, its weight will last for 120 thousand trillion years. The term is simply incredible, given that the age of the Earth is millions of times less than that of the Universe itself. So we can safely say that such an insignificant loss of its weight by the planet does not affect either it itself or the humanity living on it. And if (even more precisely, when) the Earth is destined to perish, then this will obviously not happen due to its natural loss of its weight.